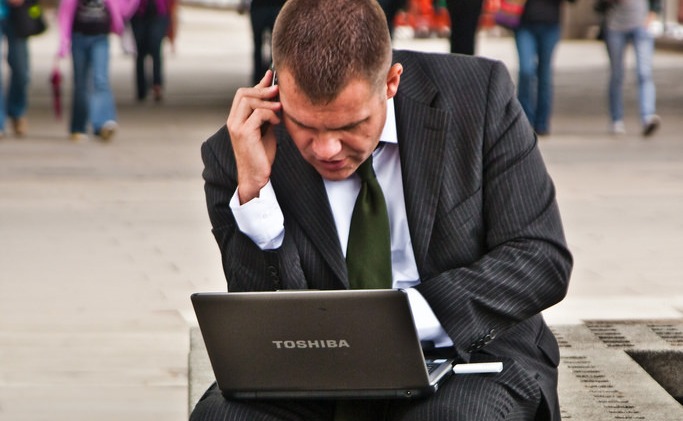 With half a million people in the UK suffering from work-related stress, it seems clear that something is very wrong about British work culture, and the backward way we view mental health in the workplace. Even if companies only care about profit margins, it would still make the most sense to protect workers’ mental health.

The Health and Safety Executive (HSE) points out that 12.5m working days were lost from 2016 to 2017 due to work-related stress, anxiety, and depression. Depression can deplete your motivation and energy, which makes normal functioning a struggle – a struggle not only to do your job but to even make it into work in the first place. From a purely practical point of view, an employer who doesn’t care about absent workers and lost productivity is a pretty lousy employer.

There are healthy levels of stress. Experiencing moderate stress can make us mentally tougher. But millions in this country have jobs that are resulting in chronic stress. This is not healthy. Chronic stress puts us at risk of becoming depressed, makes us more easily sick, and shortens our lifespan.

I think there are different reasons why so many people suffer from chronic stress and burnout at work. One reason would be the fierce levels of competition in the global jobs market. There’s nothing wrong with competition and struggle. It’s character-building. But hyper-competitiveness, to me, seems like it’s having a lot of negative consequences. It is this kind of competition that, arguably, has led to the mass exploitation of young people through zero-hour contracts, as well as increasing levels of uncertainty and insecurity.

Feeling that your job is insecure – and your future uncertain – can be extremely stressful. Constantly being stressed about the security of your job can, for some people, lead to the onset of mental health issues. Work-related stresses are varied and can compound each other. For example, millions of workers in the UK also have long commutes (of at least two hours every day), which can actually have a significant impact on well-being.

Part of British working culture seems to involve putting overwork on a pedestal. Many workers are expected to work overtime without pay, to feel they’re doing their job right by working long into the night while sacrificing their personal life and well-being. We feel like we have to suffer in silence in order to make the best impression and climb the career ladder. This means coming into work when you’re sick and pushing through it, even when you should be resting. It also means doing a job that is worsening your mental health, and to carry on doing that job, even to the point of psychological breakdown.

This cultural attitude that we should just suck it up is toxic. It is not lazy or ungrateful to complain about a job that is making you suffer. Yet many of us fear about speaking out about mental health in the workplace because we don’t want to be seen as whining about real life situations that everyone just has to deal with.

When workers don’t seek support for work-related stress, it can end up being a disaster for their mental health. Employers play a crucial role in the reason why employees don’t speak up. A recent study by management services company ADP found that UK employers show a lack of interest in the mental well-being of their employees. 20% of employees surveyed said they suffered stress on a daily basis, while 33% told ADP they were so stressed that they were considering leaving their job. The study also showed that workplace stress is highest among younger employees.

But the situation is worse than this. The Mental Health at Work 2017 report showed that out of those employees who had suffered from work-related mental health issues, 15% faced disciplinary action, were demoted, or were fired for telling their boss about it.

It makes absolutely no sense for employers to disregard the mental health of their employees. Not only does it show a lack of respect for an employee’s value as a person but it is counterproductive as well. If work-related stress means people want to leave their job, then this is bad for business. Mental health issues also result in costly absenteeism and presenteeism (losses in productivity while present at work). Depression can rob you of your energy and motivation. It seems completely irrational that employers would not be concerned about this. I have no doubt that this lack of care coming from employers has everything to do with widespread stigma about mental health issues like anxiety and depression.

Part of the solution involves raising employer awareness about mental health. After all, mental health stigma primarily comes from a lack of understanding. Companies also need to offer employees the proper kind of support in order to protect them from burnout. This would include the promotion of a work culture that encourages open dialogue about these issues. Line managers should be willing to make accommodations for their employees, such as flexible schedules, work restructuring, private spaces, and remote working.

Mental health support, however, just addresses the symptom of the problem. Work culture desperately needs an overhaul – and not just in the UK. The veneration of overwork and under-valuation of mental health is acutely problematic in Japan and the US. In order to prevent our workplace from killing us, chronic stress has to be minimised.

We also know that certain management styles, such as micromanaging, are detrimental to employee well-being. As the writer Johann Hari points out in his new book Lost Connections: Uncovering the Real Causes of Depression – and Their Unexpected Solutions, not having control over our work makes us much more likely to be depressed. Prioritising employee autonomy, as well as meaningful work, is pivotal to improving well-being in the workplace.

Ironically, when businesses just focus on the bottom line and don’t consider the value and well-being of their employees, profits can suffer. Obviously, though, mental health should matter in itself – not just because depression and anxiety make you less productive. We should aim for a workplace that both employers and employees benefit from. Increased productivity is just the natural side effect that follows from the more important and primary concern of mental health.