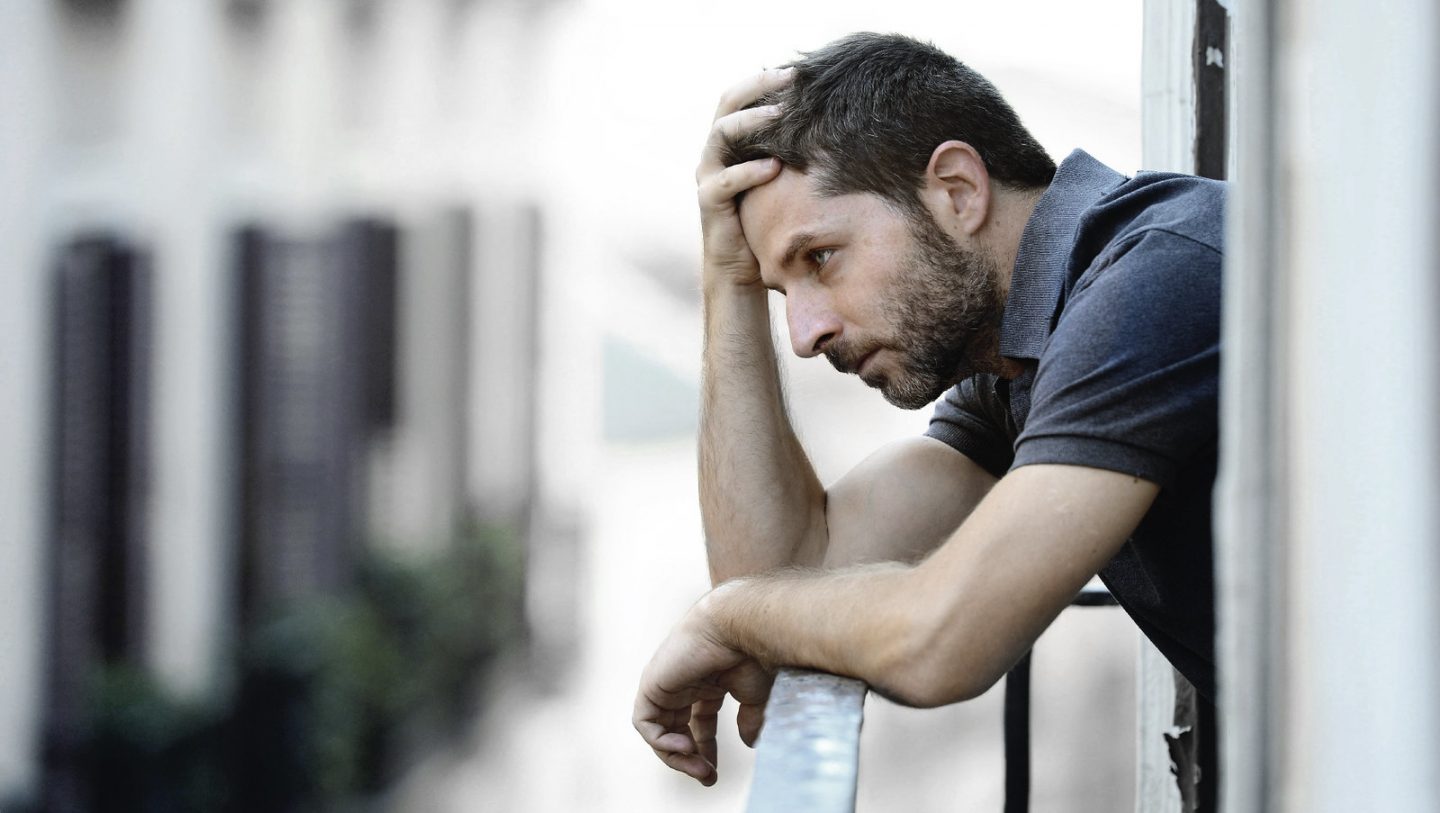 With all the new tech, we have evolved into a world with many modern conveniences that help us do everything from work to think. In many cases, this can be a positive thing but there are some things that end up having adverse effects on our mental health. For example, social media hype and smartphone addiction may be causing us to disregard real social interactions and personal relationships (which are highly conducive to well-being), as well as result in decreased self-esteem and heightened anxiety and feelings of social isolation. This is just one of the ways in which society can contribute to mental illness. Mental health stigma is undoubtedly another way. This article will take a look at the myriad social factors that can lead to or worsen mental illness.

Ian Hamilton, an academic who specialises in mental health and addiction at the University of York, recently wrote an opinion piece for the BMJ about the link between poverty and depression. He argued that the inability to recognise and resolve the social roots of depression, including social deprivation, has resulted in an overprescription of antidepressants. Of course, antidepressants can play an important role in offering relief and improved quality of life to those suffering from depression. But, as Hamilton points out, poor housing and unemployment can trigger and maintain clinical depression. Antidepressants, he stresses, can’t cure this kind of social deprivation – although, it can lift people’s spirits and sense of hope. He adds:

Antidepressants and opiates have a place in treating patients, but they don’t build houses or move people from the stress of zero-hours contracts to permanent fulfilling employment—factors thought to influence the treatment of pain and depression.

Mental Health as a Political Issue

The British writer and cultural theorist Mark Fisher emphasised that “mental health is a political issue”. For example, it is because of certain policies that many people find their mental health deteriorating. Fisher outlines a number of areas (e.g. welfare, healthcare, and work) in which policymaking affects people’s lives, for the worse. He notes the problems of wage stagnation, job insecurity, a harsh welfare system, and entrepreneurial culture as being contributing factors in anxiety and depression. Indeed, certain policies (such as austerity measures) can lead to increased stress in people’s lives, and when stress becomes chronic, we know that it can trigger or exacerbate mental health issues. Fisher notes:

It would be facile to argue that every single case of depression can be attributed to economic or political causes; but it is equally facile to maintain – as the dominant approaches to depression do – that the roots of all depression must always lie either in individual brain chemistry or in early childhood experiences. Most psychiatrists assume that mental illnesses such as depression are caused by chemical imbalances in the brain, which can be treated by drugs. But most psychotherapy doesn’t address the social causation of mental illness either.

The Stigma of Mental Illness

Even with all the information on the internet at your fingertips, many are still refusing to see or believe that mental illnesses are real. Even the mental health campaigns are not focusing on what is truly important, such as learning and understanding what can be done to help. Due to the stigma, many people with mental health conditions do not seek treatment because they are afraid or embarrassed, worried about what others will think and say about them. And some believe that it will just go away if they ignore it. But it definitely won’t. In fact, it usually gets worse.

It is common for those with depression or anxiety disorders to hide their illness and continue on with their daily lives as well as they can. A lot of these people tend to self-medicate with drugs or alcohol to make themselves feel better, which is another issue altogether. Depression can cause symptoms like extreme fatigue, sleepiness, and not even wanting to get out of bed. But when we feel this way, we do not feel comfortable calling into work and saying, “I am too depressed to come in today.” While we have no problem calling in for having an illness like the flu, we do not even consider calling in for a mental health day. So, we hide our symptoms and try to go on with our day as usual. Making matters worse in the long run.

With all of the media hype every time a famous person commits suicide or dies from addiction, depression has become sensationalised too. In this way, depression can become a glamourised health problem. Even though these campaigns are produced to help get the word out, and they do, they may also fall into the trap of making mental illness seem like a cool thing. They might not show all of the extremely disruptive things about depression like not enjoying the activities you used to enjoy or isolating yourself from others. They also do not tell you that sometimes you find it nearly impossible to get out of bed and can spend most of your days in your room, unable to muster the energy and motivation to function as normal.

Even though ignoring mental illness is unhelpful, it is equally risky to celebrate it, as this may result in many more people self-reporting as having a mental illness when they may not, in fact, have one. However, according to one study, people who fake symptoms of mental illness can actually convince themselves they have those symptoms. Of course, it would perhaps be quite cynical to suggest that fakery is the driving factor behind the escalating rates of mental illness but it may play some role, albeit a small one. It is also dangerous to glamourise behaviours like self-harm, addiction, and suicide, as this can encourage others to carry out such behaviour.

Avoidance Will Not Work

About one in every four people will suffer from some type of mental illness at some time in their lives. It is not an uncommon illness and yes, it is an illness. It is not all in your head like some would like to believe (for starters, both depression and anxiety can have unpleasant physical symptoms). We need to emphasise the facts about mental health rather than avoiding them. Avoidance, which can be fuelled by social factors, is another strategy that can exacerbate mental illness over time.

Much of the guilt, shame, and low self-esteem that accompany mental illness can be attributed to social and cultural factors. This is what causes people to hide their struggles from others. However, every individual has the ability to overcome these pernicious forces. No matter what mental illness you may be suffering from or whether you have concerns about some type of mental health condition, you should talk to someone. If you want the assurance of having a therapist who is available 24/7, 365 days a year, then BetterHelp.com is a resource worth checking out, as it can provide exactly that.

Refrain from hiding or avoiding when it comes to mental illness. It’s vital to tackle the problem head-on, as this is always the best way to achieve recovery. There are many thorny problems that underlie your mental illness that may be outside – or largely outside – your control. This would include policies and pervasive cultural attitudes that serve to bring you down. However, this doesn’t make you powerless. Focus on what you can do, not what you can’t. You may not be able to solve all of the thorny social and cultural factors that contribute to your mental illness. Nevertheless, talking to a mental health expert can help you to develop mental fortitude and resilience – and traits can lead to positive change, whether that’s in the form of changing the circumstances that contribute to your mental illness or in terms of developing a healthier attitude to the things in life that are much harder to fix. Therapy may not be a cure for precarious work or work-related stress, but it can provide the tools and resources that will help you take steps to improve your situation, in spite of the powerful social factors at play.

At the same time, if we want to effectively combat the roots of mental illness, then change must also take place at the social, political, and economic level. We must all strive to campaign for policies that enable positive mental health. Universal access to affordable housing and secure, fulfilling employment should not be a pipe dream. We must view these kinds of measures as a necessary part of ameliorating the mental anguish that pervades modern society.

This article was co-written by myself and Marie Miguel. Marie has been a writing and research expert for nearly a decade, covering a variety of health-related topics. Currently, she is contributing to the expansion and growth of a free online mental health resource with BetterHelp.com. With an interest and dedication to addressing stigmas associated with mental health, she continues to specifically target subjects related to anxiety and depression.