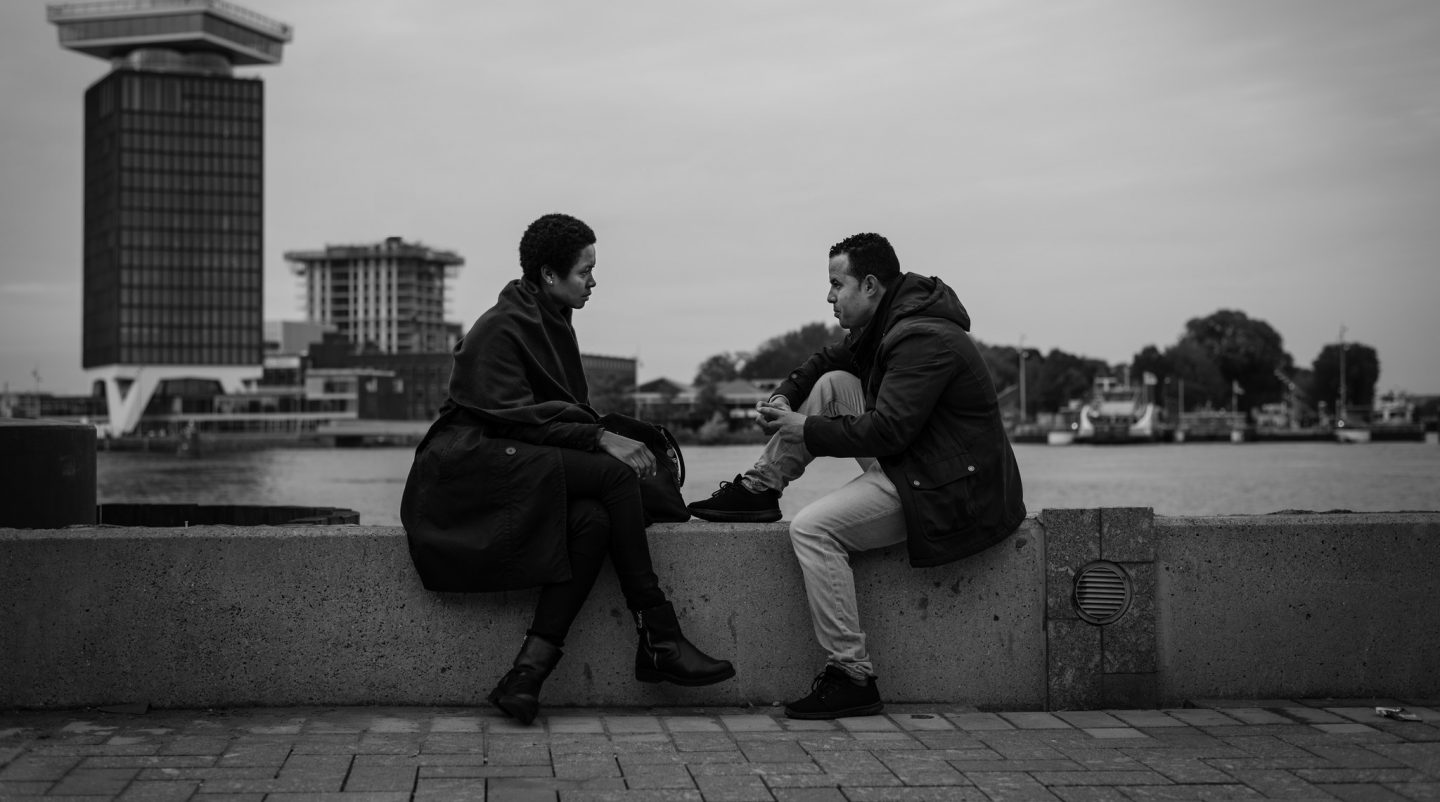 One of the main reasons it’s often so difficult to talk about mental health is that we fear what others will think and say about us. This is mental health stigma. It is the negative attitudes and prejudices that society and the individual have about mental illness, as well as the guilt, shame and embarrassment that people experience in relation to their condition.

A lot of the time when people open up about their particular issue they will not be met with judgement and harsh criticism, but understanding and empathic listening. However, mental health stigma runs deep. And so – whether it is explicitly or implicitly expressed – comments about mental health can serve to further perpetuate stigma. This, in turn, can make people feel worse about their mental health issue.

We can only tackle mental health stigma by having open and honest conversations about mental health. Yet people will become closed off, cagey and reticent about talking about their mental suffering for fear of appearing a failure, whiny or a burden to others. In order to counteract this fear and the internalised stigma that sufferers of depression – for example – experience, we need to be careful about what we say to someone who opens up.

If someone tells you they’re suffering from depression or any variety of confession to that effect, here’s what not say back.

A lot of people seem to think you can just get over depression – ignore it, block it out, focus on something else and get on with your life as if the depression was not something intrusive and disruptive.

Telling someone with depression to “get over it” is stigmatising because it implies that the person is not putting in the effort to get better. One of the most frustrating and guilt-ridden aspects of a depressive episode can be the inability to find the motivation to do ordinary and enjoyable things in life.

However, it is vital to draw a distinction between a lack of motivation – a common symptom of depression – and laziness, which is a character flaw. Of course, you can simultaneously suffer from depression and be lazy. But if a close friend, family member or co-worker complains about a distinct lack of energy to get out of bed etc., then this is usually to do with depression rather than laziness. As the psychiatrist Jean Kim underlines:

People who aren’t depressed are naturally fearful of the passivity and paralysis often seen in depression. In our can-do, self-motivated society, our instinctual reaction may be to tell someone to get up and change their destiny. While this impulse is understandable, a depressed person may feel even more despair when they hear this. They want more than anything to “get over it,” but they can’t. Their energy level and self-confidence have bottomed out.

There are similar phrases to avoid that transmit this same attitude, including “man up”, “get a grip”, “pull yourself together” and “suck it up”.

“You have no reason to be depressed”

Depression is a very complex and individual condition. One the one hand, there can be triggers for depression – stressful and perturbing events such as a failed relationship or marriage, the loss of a job, past experiences of abuse and violence, so forth and so on. On the other hand, depression can also manifest without an apparent trigger.

This doesn’t mean the depression doesn’t have some underlying cause(s) since it must do. The lack of an obvious trigger also doesn’t mean people are born with a natural imbalance of chemicals in their brain that results in depression. As the writer Johann Hari argues in his new book Lost Connections: Uncovering the Real Causes of Depression – and the Unexpected Solutions, the ‘chemical imbalance’ theory of depression is a myth. According to Hari, people become susceptible to depression due to nine factors: two biological and seven relating to the world. For example, if you feel isolated a lot of the time, without support, you are much more likely to become depressed. Huge numbers of people are burdened by loneliness, as well as meaningless work, insecure futures and the vapidity of consumerism; all of which can put people at risk of depression.

But the nuanced debate about the causes of depression is lost when people say, “You have no reason to be depressed” or something to that effect. It conveys the prejudice that people with a job, friends, good physical health and all the privileges and advantages of being well off in a developed, westernised country can’t possibly be depressed. But the fact is, many people may have supportive and loving friends and family members yet still suffer acutely from loneliness. Depression doesn’t care about your background, at least not in the simple way that many people assume it does.

People with fame and fortune are afflicted with mental health issues, as are people experiencing deprivation and poverty.

Wrapped up with mental health stigma are prejudices about what we think depression looks like. We might imagine someone clutching their head in absolute despair, tearful, disgruntled and withdrawn. People may appear moody when they suffer from depression, sometimes, or they might not. Also, just because someone appears normal, upbeat and can tell jokes and laugh, this doesn’t mean they’re not desperately struggling on the inside. Mental health stigma can encourage people to find ways to hide and mask what they don’t want the world to see.

Telling someone, “You don’t look depressed” exacerbates stigma because it can make that person feel like they’re creating a problem that isn’t there, or exaggerating it. A seemingly innocuous comment like this can set off critical thoughts in the person suffering from depression that they’re a self-obsessed, attention seeker. Like with a lack of motivation and laziness, you can similarly be both depressed and narcissistic. But when you’re suffering you’re suffering, and reaching out to someone for help and support is not a sign that you’re making up your problem for egotistical reasons. Being honest and direct about your mental health is valid and indicative of a genuine desire to get better.

Don’t let how you think you should look affect your resolve to open up. We should remember that people can exhibit what is known as ‘smiling depression’, which is when cheerfulness, smiling and laughter are used to mask the turmoil and emotional pain going on behind the eyes. Someone may not appear depressed but this can have little bearing on how serious his or her mental state really is.

We know that exercise – aerobic exercise like running, in particular – is helpful in ameliorating the symptoms of depression. And a regimen of exercise could certainly offer a lot of relief to someone suffering from depression. Nevertheless, telling depressed people to just “go for a run” simplifies the problem. It implies that depression is something you can overcome by doing something ordinary like running.

For many people out there, running can have remarkably positive effects on their mental health but it by no means ‘fixes’ their depression. Since a lack of motivational energy can characterise someone’s depression, not having the motivation to run could make you feel lazy, guilty and inept. Telling someone to “go for a run” when they can barely get out of bed may make them feel like they’ve failed to look after themselves like everyone else manages to. Moreover, while exercise can certainly provide short-term relief, the symptoms of depression can return after the endorphin high fades.

To reiterate, depression is a complex condition – it often calls for different methods of treatment, and experimentation with these methods to find what works best for the individual.

Variations on this piece of advice to go jogging would include “take up a new hobby”, “focus on what you enjoy” and “go out and meet some new people”. Doing all of these things could help but it is, again, usually simplistic and fails to take into account what a person’s particular experience of depression is like. As a case in point, if someone is experiencing anhedonia as a symptom of their depression, then they just won’t get any pleasure in what they previously used to find so enjoyable.

When people with mental health issues open up they may just want to be understood and listened to empathically without opinion or advice entering into the equation of the conversation.

“Taking pills is an easy fix”

There is a pervasive stigma against people using antidepressants. This is because many people believe it is ‘weak’ to rely on a pharmaceutical crutch in order to be able to function and find some stability amidst the chaos.

For the sake of balance, it should be pointed out that antidepressants are not always the answer. Some people respond favourably to them whereas others don’t. Furthermore, as Hari elucidates:

Depression is often measured by scientists using something called the Hamilton Scale. It runs from 0 (where you are dancing in ecstasy) to 59 (where you are suicidal). Improving your sleep patterns gives you a movement on the Hamilton Scale of around 6 points. Chemical antidepressants give you an improvement, on average, of 1.8 points, according to research by professor Irving Kirsch of Harvard University. It’s a real effect – but it’s modest.

In light of this research, “we need to expand the menu of options for depressed and anxious people”, as Hari underscores. Yet it also would be unwise to view antidepressants in the negative and critical way that many people do. A recent major study found antidepressants are, in fact, more effective than placebo. There are also important differences in efficacy between various drugs. Antidepressants can be immensely beneficial, sometimes in very radical ways. If someone says antidepressants have helped them or even saved their life, we shouldn’t diminish their experience.

Being careful about the language we use doesn’t mean people with mental health issues are thin-skinned snowflakes who we must always tiptoe around. It simply means recognising the power of words – and the intent behind them – to increase or reduce mental suffering.

We can all work to tackle mental health stigma by being less judgemental of other people’s struggles. Most of us would approve of efforts to achieve ‘parity of esteem’ in the health system, whereby mental health conditions warrant the same concern, support and level of treatment as physical health conditions. However, when it comes down to the real-life conversations we have about mental health, we may still find that we’re judging others negatively.

We can also combat mental health stigma by deeply examining the harsh and critical ways that we speak to ourselves. When we genuinely display understanding and kindness towards our own mental suffering, we put ourselves in the best possible position to extend this compassion to others.