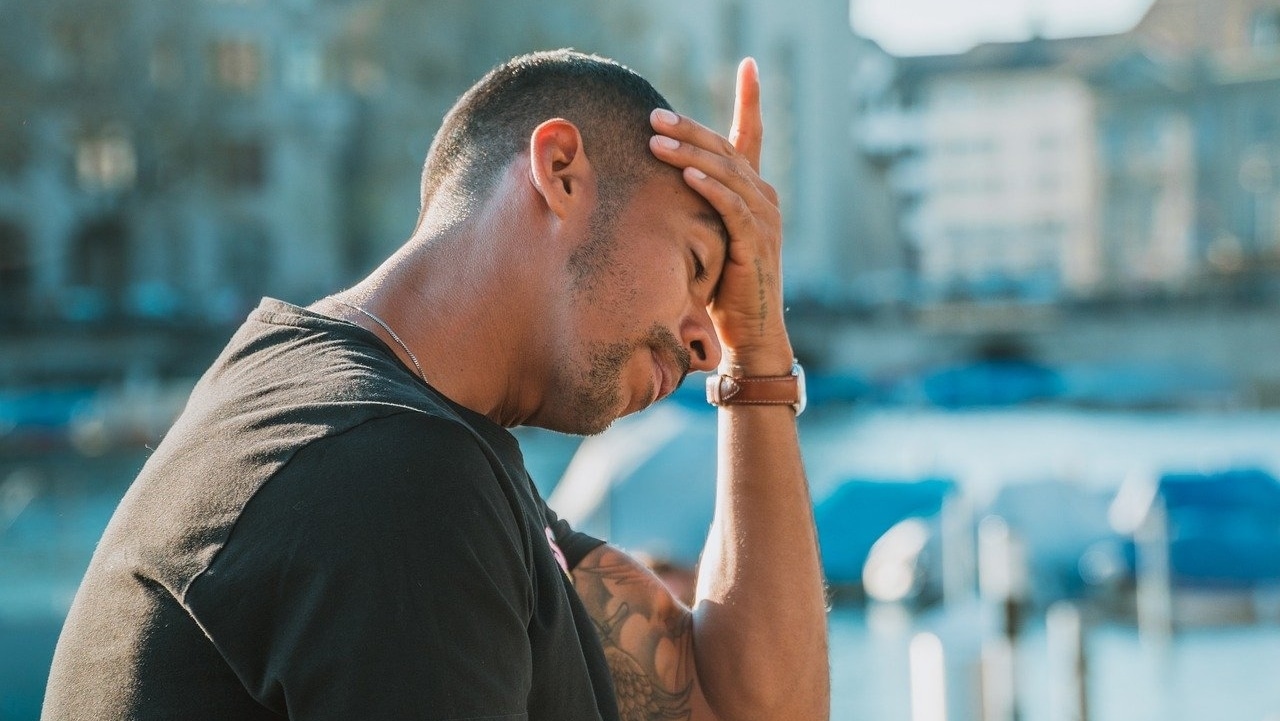 Self-care has become a fairly trendy term, promoted by mental health bloggers and advocates. Simply put, self-care refers to actions that individuals take in order to take care of themselves. And taking care of yourself means developing, protecting, maintaining, or improving your well-being. According to the mental health charity Mind, positive mental well-being is associated with:

In this way, we can see that self-care is not a luxury but is often essential to keeping yourself stable, functioning well, and emotionally healthy. Nonetheless, it seems many men avoid self-care, which happens for a variety of reasons; the first being that men are simply put off by the notion of self-care and its connotations.

Self-Care is Not Seen as Very Masculine

While it’s important for all of us to take of ourselves, self-care is seen as something effeminate, reserved for women only. This is because the concept has become stereotypically associated with pampering and other activities aimed (mostly) at women, such as spa and beauty treatments. Self-care conjures up images of manicures, nail salons, aromatherapy, bubble baths, and facials.

Men may avoid self-care simply because of these connotations. But self-care is much more than self-indulgence. Of course, treatments such as massage can be effective at alleviating stress, but self-care encompasses many other beneficial activities, including:

Men may automatically avoid taking self-care seriously because of the way it’s wrapped up with pampering. It’s crucial, therefore, to emphasise that self-care stands for taking care of yourself and that there is nothing fundamentally effeminate or emasculating about this. We all have physical and mental health. When we look after both, our lives can improve dramatically.

Certain activities, such as yoga and massage – while enjoyed by men – seem to be primarily marketed to – and dominated by – women. Men may avoid yoga classes for fear of standing out or doing something they perceive as too touchy-feely. It may feel emasculating to carry around a yoga mat. But the truth is that men have been practising yoga for thousands of years (in fact, those who founded the practice were men).

As well as being a spiritual discipline and involving meditative aspects, yoga is also a form of stretching and exercise associated with improved strength, posture, balance and reduced stress. More men, on the other hand, are starting to see how beneficial yoga is to their well-being, and are starting to care less about whether the practice is perceived as feminine.

It can also be difficult for some men to view massage as being something other than a form of female pampering. Massage studios displaying only images of women may not help in this respect. Nevertheless, massage can effectively help anyone manage stress levels and increase feelings of relaxation. For men who engage in sports or intense physical activity, massage is also a helpful way to treat injuries and related pain. Physical health and mental health are strongly linked. When you don’t take steps to look after your physical health, your mental health suffers as well.

Not Too Many Men Are Promoting Self-Care

Self-care is also seen as for women only because it tends to mainly be women who promote it. This is due to the fact that most mental health bloggers and advocates are women. So looking after your well-being becomes perceived as effeminate. And this perception may be enhanced by the kind of posts you see on social media or on blogs, where self-care is presented in a gender-specific way, perhaps using images of flowers and hearts, or with self-care written in ‘girly’ font or in pink.

It’s no surprise that this kind of content will put many men off from considering the importance of self-care. Men would probably be less likely to avoid self-care if they saw that male mental health advocates, influencers or role models were promoting the concept. Fortunately, men’s magazines are increasingly covering the topic of self-care for men, and it appears men are becoming more interested in self-care practices.

Indeed, self-care can be promoted in a way that appeals to men, by promoting self-indulgent activities like getting a haircut and buying new clothes, pushing oneself in a sport or during exercise, and being self-disciplined. Self-care is more likely to attract men’s attention when it is framed in the form of self-improvement. The psychologist Konstantin Lukin, in writing for Psychology Today, says:

When you think of the term “self-care,” a woman in a bathrobe lighting candles and painting her toenails might come to mind. While this may seem amazing to some, most men would probably have different desires.

The truth is, men need to work especially hard to take charge of caring for themselves. After all, is there anything more manly than being independent in your ability to care for yourself, not just physically, but emotionally and tangibly?

We also need to change the way we think of “actualized manhood” in modern times. Instead of defining ourselves only in terms of work, productivity, and the overall “get” mentality, we must embrace other parts of ourselves that make us who we are and most importantly, make us happy.

Lukin recommends different ways for men to practice self-care. He argues that self-care should include:

Certain conceptions of masculinity often prevent men from taking care of their emotional health. For example, many men have a tendency to overwork or to prioritize work over other aspects of their life. This relates to cultural expectations surrounding manhood. The Conformity to Masculine Norms Inventory (CMNI) identifies the primacy of work and the pursuit of status as two masculine norms.

A lot of men hold onto the notion that being work-obsessed and gaining status is central to their masculine identity. Anything that could get in the way of these pursuits – relationships, leisure time, and one’s mental and physical health – has to be sidelined. Working less than your full potential may be seen as a sign of a weak character or lack of determination, ambition, or competitive edge. These expectations about masculinity mean that men are more prone to overwork, stress, burnout, tiredness, isolation, and all the emotional problems that these can lead to – depressed mood, anger, and irritability.

When a man’s identity and self-esteem is so strongly tied up with his work, he is less likely to take a break when he needs it. He may fail to see how his attitude to work is impacting his relationships and mental health, or – if he does – he will ignore the seriousness of these consequences or play them down. A man may compare himself to his productive male peers and convince himself that any kind of self-care would show weakness; proof that he cannot persevere and cope with challenges.

Self-care can also involve seeking support from others, such as friends, family members, or a professional counsellor or therapist. We can often look out for our well-being by having a heart-to-heart with someone and getting stuff off our chest.

However, many men strongly identify with the masculine norm of self-reliance. The result is that these men do not seek help from a support network, as to do so would feel unmanly. Real men, they believe, should be able to handle all of their problems on their own, without any outside input, help, advice, support, or guidance.

How Men Deal With Emotional Hardship

Self-care is of paramount importance when we try to get through difficult times in one piece. Emotional hardship calls for self-kindness, as well as positive actions, habits, and relationships. But a lot of men feel expected to deal with emotional pain in a narrow and unproductive way. When experiencing distress, they might tell themselves to just grin and bear it, suck it up, deal with it, man up, grow a pair, and stop being such a wimp.

Many men believe that the manly response to pain is to push through it, bottle it up, ignore it, deny it, or diminish it, rather than fully accept that pain and take steps to alleviate it. Being stoic, all the time, and having a stiff upper lip when it comes to emotional hardship is seen, generally, as a sign of strength.

But actually, this approach tends to worsen emotional hardship. It prevents you from learning how to cope in an effective and sustainable way. Indeed, staying silent about personal issues is one of the biggest threats to men’s mental health. In contrast, self-care is about taking an open and honest stance towards difficulties in your life because this is the most effective approach. It works to lessen pain and help you get on with your life.

The way that we are taught to deal with stress and difficult situations comes from our parents. A lot of men today simply did not grow up with fathers who know how to look after their emotional well-being. Many men today weren’t raised by a role model who placed a lot of importance on self-care. Our fathers – our primary male role models – instead focused the conversation more on work, money, and success.

When a father communicates to his son that working hard, financial success, and getting on the property ladder is what matters the most, this is what he will remember as he grows up. These aspects of life are important, of course. However, if they are not balanced with lessons on self-care, then it becomes difficult to lead a fulfilling life.

The Role as Breadwinner

Even though there is more gender equality than ever in Westernised countries, a lot of men still find themselves under pressure to be the sole (or primary) earner in the household. Men feel an expectation to be a provider, which means making sure they are earning as much as possible and protecting their job security. Being able to provide for your family and offer them security is obviously a noble thing to do; yet taken to its extreme, it can become unhealthy.

In light of this discussion, it would be helpful to reframe self-care in a way that speaks to modern men. For example, we can think of strength and self-reliance as an individual’s ability and resourcefulness to take care of him or herself. There is no reason for men to feel emasculated by the desire and decision to practice self-care. Knowing how to handle the emotional dimension of your life is a sign of psychological maturity and strength. We need self-care to successfully weather the inevitable storms of life.