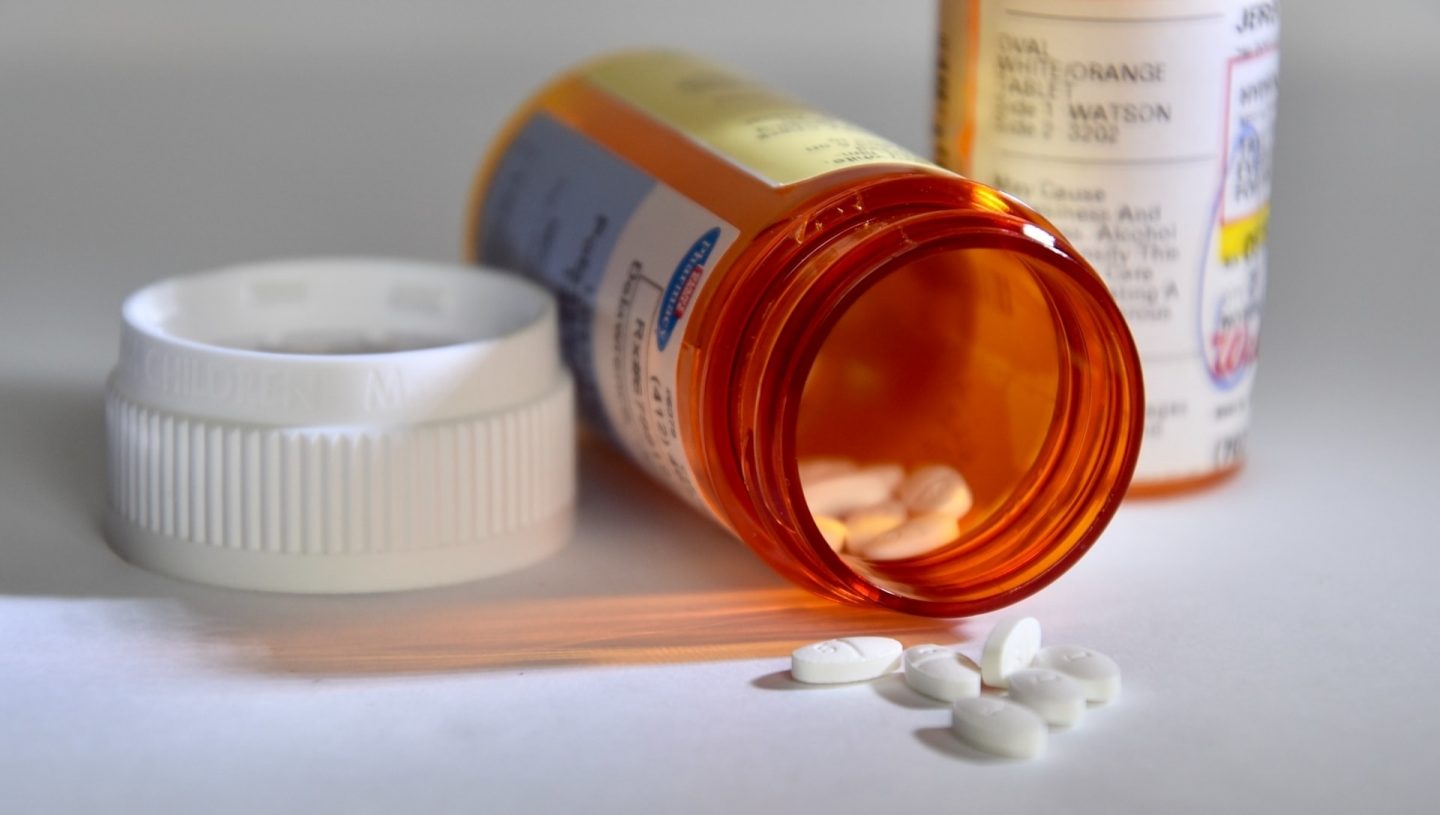 The opioid crisis (or opioid epidemic) is still a major public health issue in the US; despite news headlines being dominated by the coronavirus pandemic and lack of coverage of the opioid crisis, the number of opioid overdoses has been increasing. A recent paper in The Lancet reports that in 2019, drug overdose deaths reached an all-time high of nearly 72,000, noting that opioids were involved in more than two-thirds of these deaths. This reflects the widespread abuse of addictive opioids, both legal and illegal. But the opioid epidemic goes beyond the tragic loss of lives; it includes too significant medical, social, and economic costs.

While illicit fentanyl and heroin are very much driving the opioid crisis, it’s also true that prescription opioid painkillers are a significant contributor as well. Many people in the US will be prescribed an opioid painkiller such as hydrocodone (Vicodin), oxycodone (OxyContin), oxycodone/acetaminophen (Percocet), codeine, and fentanyl. These medications can be highly effective in the treatment of acute and chronic pain, but they are also highly addictive, so once people no longer need the painkillers to alleviate the pain, they can be left addicted to the medication, which is even more likely if patients abuse the drug (i.e. taking higher than the recommended dose).

An addiction to prescription opioid painkillers can be just as ruinous and dangerous as addiction to an illicit opioid. It can result in intense psychological cravings and physical addiction (leading to extremely unpleasant withdrawal symptoms upon cessation of use). As with any addiction, an addiction to prescription opioids can negatively affect an individual’s work, family life, interpersonal relationships, and physical and mental health. Part of the reason it can be so easy to become addicted to prescription opioids, despite their negative effects, is that they don’t just alleviate physical pain; they also have a euphoric element. They can (temporarily) alleviate emotional difficulties that people are dealing with, such as anxiety and depression, as well as lead to feelings of euphoria. This combination of relief from emotional pain and an increase in positive emotions can make the drug – as well as increasing the dosage – difficult to resist.

It should also be underlined that the prescription opioid crisis is not just endemic to the US. It is occurring in the UK too, although not on the same scale as in the US. There are many possible routes for dealing with the opioid crisis, which may include more careful prescribing habits amongst physicians and more effective treatment for opioid addiction. However, an essential component of any strategy to combat the opioid crisis must also include alternative forms of pain management. And these other pain management treatments need to be effective enough so that patients don’t have to depend on addictive opioids to get the pain relief they need.

There are some promising candidates for alternative analgesics: the ones I’d like to focus on in this piece include ketamine, psychedelics, CBD, and cannabis.

One alternative to prescription opioids is low dose ketamine infusions. The company Bexson Biomedical has teamed up with the device manufacturer Stevanato Group to create a wearable ketamine delivery device that administers low doses of ketamine, doses which have been shown to effectively treat post-operative pain (the acute or chronic pain you have following a surgical procedure). Post-op pain is one of the leading causes of the opioid crisis and Bexson Biomedical believes its new, non-opioid treatment has opioid-level efficacy. This has the potential to reduce opioid addiction rates and, in turn, opioid-related overdose deaths.

Ketamine does not have the same potential for abuse or addiction as prescription opioids, and while the drug can be abused, Bexson Biomedical’s device has anti-tampering technology that prevents patients from taking more than the recommended dosage. Elias Dakwar, a psychiatrist who specialises in the therapeutic use of ketamine, says that low doses of ketamine may “reduce for the need for opioids, without necessarily replacing them altogether”.

A microdose refers to a sub-perceptual dose of a psychedelic, meaning that the dose is low enough that no classic psychedelic effects occur, such as visual changes. One placebo-controlled study has indicated that microdoses of LSD can decrease pain perception in healthy volunteers. The highest dosage of a microdose (20 micrograms) led to the strongest analgesic effects compared to both lower doses and placebo. The researchers called these results “remarkable”. Interestingly, the analgesic effect of 20 micrograms of LSD is comparable to opioids such as oxycodone and morphine.

However, it is not clear whether microdoses of psychedelics such as LSD will be effective for chronic pain sufferers or if this treatment will be better suited to acute pain. We also don’t know yet if regular microdosing is safe, since this practice is relatively recent and long-term studies on it don’t exist. Anecdotally, at least, people have microdosed in the short-term without any reported adverse physical or psychological effects. If microdoses of psychedelics are effective in the treatment of acute and chronic pain, this would be promising, as these substances, unlike ketamine, have a very low potential for abuse and are not considered addictive.

Cannabidiol (CBD) is one of the 100 compounds found in cannabis and the second most prevalent active compounds, after tetrahydrocannabinol (THC), which is the compound that causes the well-known psychoactive effects. While cannabis is illegal in most countries because it contains THC, the hemp plant is not psychoactive and is legal. Hemp is one of the two forms or varieties of the cannabis plant and it contains CBD and minuscule (and legal) amounts of THC, whereas marijuana is the other form of the cannabis plant, the one that contains higher (illegal) amounts of THC. The name ‘marijuana’, however, has racist connotations, so cannabis is a term often used instead, which can be a point of confusion, as hemp is technically cannabis too.

Terminology aside, the market for CBD products is booming. People are using CBD products to treat a wide variety of ailments and many prefer to use it than cannabis with higher amounts of THC because of the lack of psychoactive effects. THC is not only a compound that gets you high; in high amounts (which characterises many cannabis strains today) it can cause unpleasant effects like anxiety, paranoia, and psychotic symptoms. CBD, on the other hand, is considered to be an anxiolytic (anxiety-reducing chemical) and an anti-psychotic. CBD helps to minimise the negative effects of THC but when you take just CBD (with essentially no THC), you can still enjoy a number of benefits, such as relaxation, reduced stress, anxiety, and depression, and improved sleep. Another promising benefit of CBD is its pain-relieving effects. There are various studies showing that CBD for pain is effective.

CBD and cannabis are being hailed as non-addictive alternatives to opioids for the treatment of chronic pain, although no randomised controlled trials (RCTs) have yet been conducted comparing the effectiveness of opioids and cannabis products in the treatment of such pain. Nevertheless, many patients find that CBD and cannabis are effective enough in relieving their chronic pain, making the use of prescription opioids unnecessary. In terms of addiction potential, it should be emphasised that cannabis can have the potential for abuse and psychological addiction for some users, although it is nothing like the risk associated with prescription opioids. With CBD, meanwhile, there is no conclusive evidence of negative side effects and it is non-addictive. You don’t have to worry about getting cravings or withdrawal symptoms when discontinuing use. This lack of risk is largely due to the non-psychoactive nature of CBD.

As we can see, there are many alternative avenues for pain management that don’t depend on the continual use of addictive opioid medications. Refining these treatments and making them widely available (beginning with legalisation) can play an important role in resolving the opioid crisis.