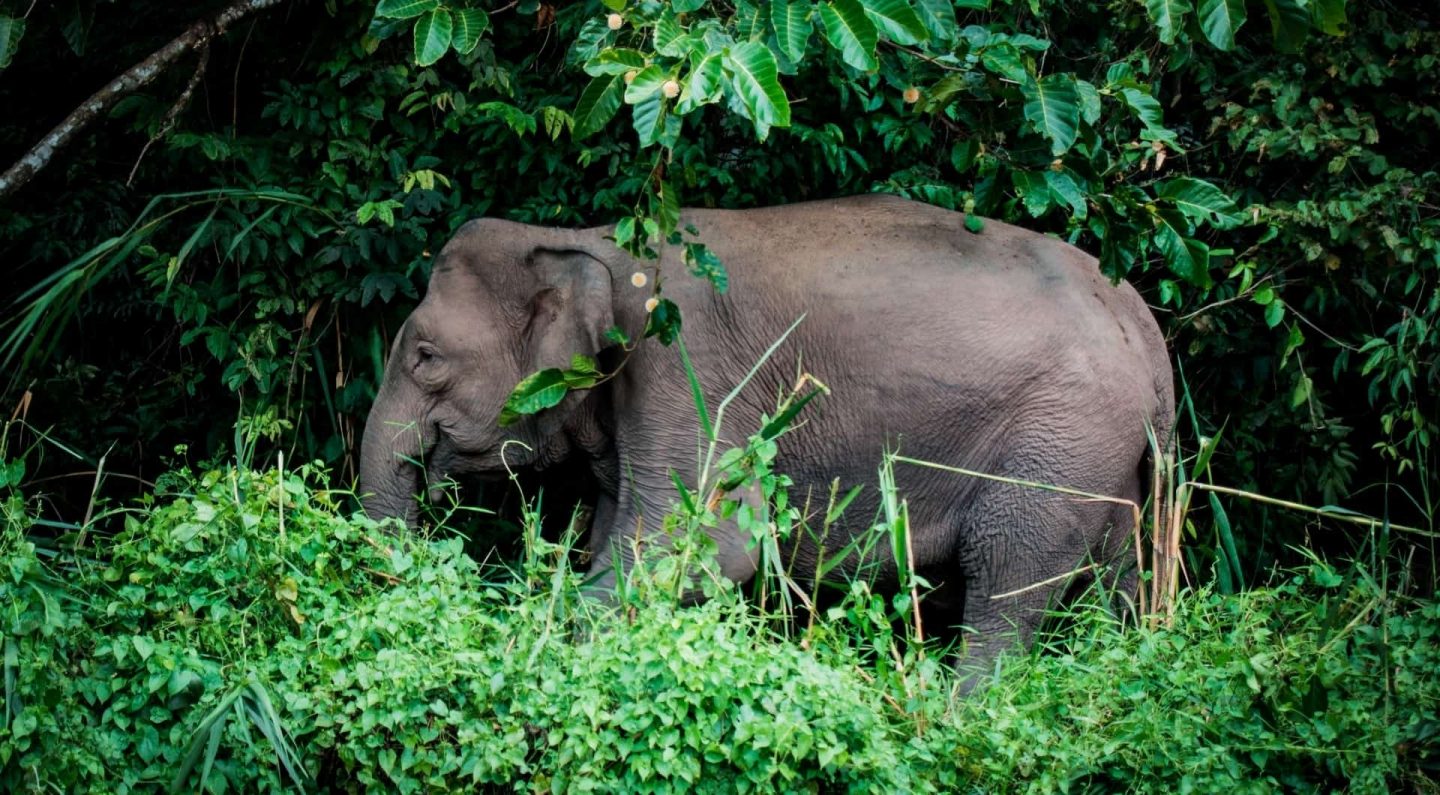 I visited Malaysian Borneo as part of a round-the-world trip I did in 2015/16. One of my main motivations for visiting this part of the world was to appreciate the unique wildlife, especially orangutans, which I did manage to see at Semenggoh Nature Reserve (30km outside Kuching City, where I spent a few nights). But perhaps one of the easiest places to spot the variety of wildlife in Borneo is the Kinabatangan River, Malaysia’s second-longest river (560 km), after Rajang River (563 km).

Located in Sabah state, the Kinabatangan River is a popular destination for wildlife enthusiasts; here you can see hose’s langurs, proboscis monkeys, orangutans, pig-tailed macaques, gibbons, slow lorises, pygmy elephants, white-crowned hornbills, and rhinoceros hornbills (Malaysia’s national bird and the symbol of Sarawak, another state in Malaysian Borneo). And you spot all of this unique wildlife from the comfort of a boat as you cruise down the river; there’s no need to go trekking through dense, muddy, humid jungle. My jumping-off point for a Kinabatangan River cruise was Sandakan, the second largest town in Sabah after Kota Kinabalu. There was nothing about the town that particularly stood out to me; my enduring memory of the place was staying in an empty hostel, eating cold baked beans out of the tin in the dorm room (vegan options were limited), and a lot of torrential rain.

I booked a 3-day/2-night river cruise, which allowed ample opportunity for wildlife spotting. The drive from Sandakan to the Sukau Greenview B&B where I was staying was a couple of hours. Like all journeys in a new country, I thought I’d enjoy the new sights and – since being in Borneo – get to appreciate the lush nature as I approached the Kinabatangan River. However, I was met with a saddening sight instead: just miles and miles of palm oil plantations. Now, I was by no means ignorant of how active the palm oil industry was in Borneo, aware that large swathes of pristine rainforest were being felled to make way for industrial palm oil plantations, but seeing this habitat destruction with my own eyes – and the extent of it – was pretty disheartening.

On either side of the road taking us to the Kinabatangan River were rows of oil palm trees as far as the eye could see. This contrasts with the river itself, which is a mere strip of relatively untouched rainforest, amidst a sea of oil palms. One of the reasons the Kinabatangan River is such a prime area for wildlife spotting is that the animals have more or less been forced to the edge of the river, as behind this ever-shrinking strip of rainforest are uninhabitable palm oil plantations. I was therefore ambivalent about my time in this area of Borneo. I felt incredibly lucky and grateful to be able to see so many beautiful and exotic animals on the river (especially pygmy elephants and a mother and son orangutan), but at the same time, the abundance of wildlife spotting was a reminder how much humans have negatively impacted the environment.

Despite feeling disheartened by the effects of the palm oil industry, a guide during a short trek through the jungle told us that 51-52% of the Kinabatangan area is primary or secondary rainforest, whereas only 10-15% of the area is taken up by palm oil plantations. The rest consists of farmland. I thought this was surprising since it didn’t match my impressions whatsoever.

Today, one-fifth of Sabah is covered in oil palms, with the state producing more than 7% of the world’s palm oil. And as I discovered during this trip, the Kinabatangan area is one such area in which the fragile rainforest ecosystem has been replaced by oil palm monoculture. Yet while the palm oil industry has been prolific in Sabah, there has also been pushback to help protect the rainforest and its wildlife, including in the Kinabatangan area. For example, Hutan, a conservation organisation, has planted over 100,000 trees of 38 species along the Kinabatangan River, helping to preserve its wildlife.

Alongside this effort, Kertijah Abdul Kadir, manager for Nestlé’s RiLeaf project, has overseen the planting of nearly 700,000 trees along the lower Kinabatangan River in the past decade. Then there’s the Palm Oil & NGO (PONGO) Alliance, an industry-NGO coalition aiming to convert 5% of the largest palm oil plantations in Borneo back to rainforest, in order to protect orangutans. Even palm oil companies are trying to make a positive difference. For example, Wilmar, the world’s largest palm oil supplier and a member of Roundtable on Sustainable Palm Oil (RSPO), is replanting forests so as to create wildlife corridors. Commenting on these efforts, Hillary Rosner of National Geographic states: “Reforestation is labor-intensive, expensive, and slow—several lifetimes of waiting won’t produce anything resembling an old-growth rain forest. But it’s a start.”

Reflecting on my own experience of visiting the Kinabatangan River, I think there was some value in my ambivalent feelings about the area. The wildlife I saw and appreciated was made possible, in part, by the destruction of these animals’ natural habitat, but being able to see so much wildlife underlined for me why this destruction is so abhorrent. This dark undercurrents of this positive experience served as a reminder of why the palm oil industry shouldn’t be able to continue on its current trajectory; for if it does, these precious habitats and species will continue to disappear, which will be an invaluable loss and a further stain on humanity.

While disturbing, being able to see the effects of the palm oil industry for myself meant that the facts couldn’t be ignored. It can be easy to forget about habitat destruction when you’re separated from it on the other side of the world, or it can seem less pressing than it actually is, albeit sad to think about. Part of the value of travelling to unfamiliar parts of the world is not just being able to experience beauty but ugliness as well – both sides contribute to a better understanding of a country, and both can equally shape personal values and principles in a more beneficial way.