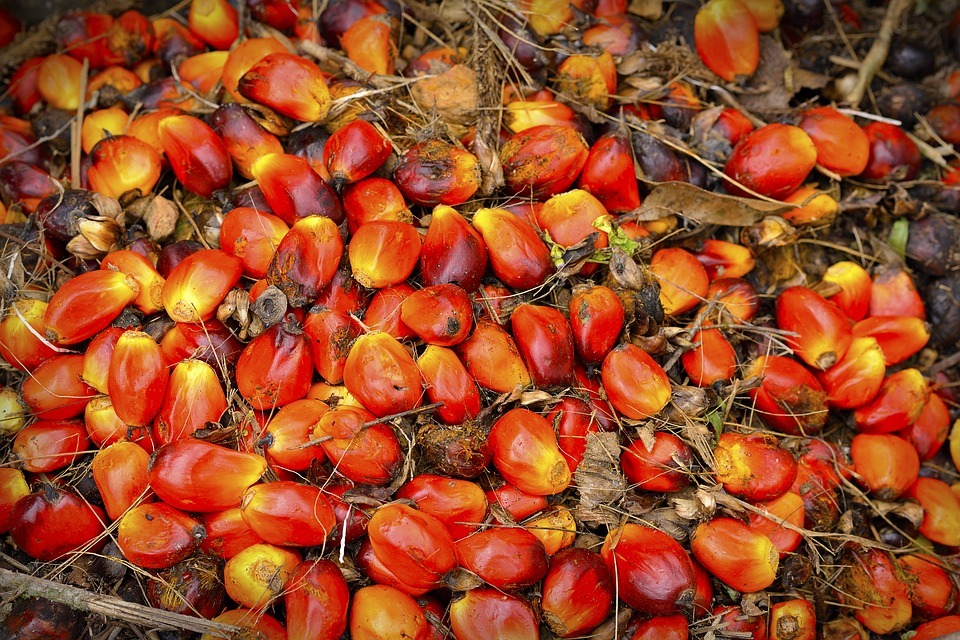 Western consumerism continues to devastate ecosystems and endangered species with its demand for palm oil. Palm oil is an edible vegetable oil which is very attractive to profit-driven businesses and corporations because the tree from which it is derived has a high oil yield. Palm oil is ubiquitous – it’s added to many types of food products and toiletries. Most of America’s consumption of palm oil – 1.2 tonnes of the stuff per year – comes from these products.

In addition, as part of the EU’s directive on biofuels, palm oil is now also used as a biofuel additive. From 2006 to 2012, Europe’s use of palm oil as a biofuel additive increased by 365%. Overall Europeans have consumed around 5.6 tonnes of palm oil. It is found in 40-50% of household products in the US, Canada, Australia and the UK. Is this greedy consumption sustainable? Not in the slightest.

In order to meet this high demand for palm oil, Indonesian and Malaysian forests have to be wiped away in order to make space for an oil-palm monoculture (growing a single plant species over a wide area for consecutive years). Since 1990, the total area of Indonesia covered by palm oil plantations grew 600% to nearly 20 million acres.

Western consumerism is devastating and eradicating the forests of Indonesia. And for the most part, this hunger for palm oil is blind – it is an inessential additive in food (as most additives are). Palm oil is being used by food manufacturers to replace trans fats, in light of the health scares surrounding trans fats; the irony being that palm oil may also be linked to raising ‘bad’ LDL cholesterol, and therefore increasing the risk of heart disease. But whatever the health risks of palm oil, the ecological effects of its consumption are undeniable and alarming.

Clearing the forests of Indonesia and Malaysia itself accounts for higher levels of pollution and carbon emissions, resulting in, according to some estimates, more carbon pollution per year than all modes of transport in the US combined. That includes every single American car, truck, plane, train and ship. Due to deforestation alone, Indonesia has the world’s third largest greenhouse gas emissions. If these trends continue, there will be no usable forests left, only lifeless wastelands and dingy skies.

Consumption of palm oil also results in a huge loss of biodiversity, which tends to be an unavoidable outcome of agribusiness, with its short-sighted expansion of monocultures. Palm oil is one of the leading causes of rainforest destruction worldwide and all for an additive which is unnecessary at best and harmful at worst. This displays the sheer absurdity and insanity of Western consumerism. The glorification of profit by large corporations and the separation of consumers from the production process means that our most valuable assets (natural resources) can be sacrificed without any sense of loss or grief.

The loss of biodiversity is a loss because, as modern ecology has taught us, diversity contributes to the stability of ecosystems. The rapid or sudden disruption of biodiversity caused by agribusiness has a knock-on effect – including the unintended loss of animal species. There are also human rights violations associated with the palm oil industry, including the displacement of indigenous people through the destruction of their natural habitat, as well as through forced labour, the employment of child labourers, and forcing workers to work in abusive and dangerous conditions.

The destruction of tropical rainforests threatens the existence of many endangered species, especially large mammals found in Malaysia, Borneo (Indonesia) and Sumatra (Indonesia), including orangutans, tigers, elephants, rhinos, sun bears and tapirs. These species are unable to survive in oil palm plantation areas. Orangutans and elephants eat oil palm seeds and so are considered a pest, and like any pest, they are killed.

A common method of deforestation is to set fire to the forest, which is thought to have burnt thousands of orangutans to death, who were too slow to escape the rapidly moving inferno. Around 1,000-5,000 orangutans are killed each year due to the fact that 90% of their natural habitat has been destroyed. Oil palm plantations, with their open spaces and easy-to-navigate road networks, making them a haven for poachers to kill orangutans for their pelts or to be used for entertainment in wildlife tourism parks. While it is difficult to estimate the number of orangutans worldwide, the Bornean orangutan is estimated to number about 41,000 individuals, while the Sumatran orangutan is estimated to number about 7,500 individuals. 100 years ago there could have been 230,000 orangutans worldwide. This rapid loss is not due to natural selection or environmental pressures, but human interference.

How is any consumer supposed to react to this kind of destruction? Given that we are so far removed from it, and that most of what we use and consume contains palm oil, can we really be held accountable for the pollution, deforestation, loss of biodiversity and extinction of endangered species? I have to personally face this question because as a vegan, I feel committed to avoiding using and consuming products which result in the suffering and death of other animals. Of course, technically palm oil is vegan since it is not an animal-derived product. And do I really want to add one more ingredient to my list of things to avoid? However, I am starting to think I should (and I have been avoiding palm oil so far).

The demand for palm oil ultimately comes down to consumer choices. If consumers avoid products with palm oil, then demand for palm oil will drop. It’s really that simple. Boycotting palm oil (and the companies which use it) is another way to raise awareness about the frenzied deforestation going on in Malaysia and Indonesia. This will help to reduce the consumption of palm oil and hinder environmental destruction. Big corporations and industries are generally amoral – the only way they can be swayed is by consumer choice and satisfaction. Consumers, therefore, have a responsibility to say no to palm oil, to tell companies about their concerns, or to at least to use and consume products which contain certified sustainable palm oil.