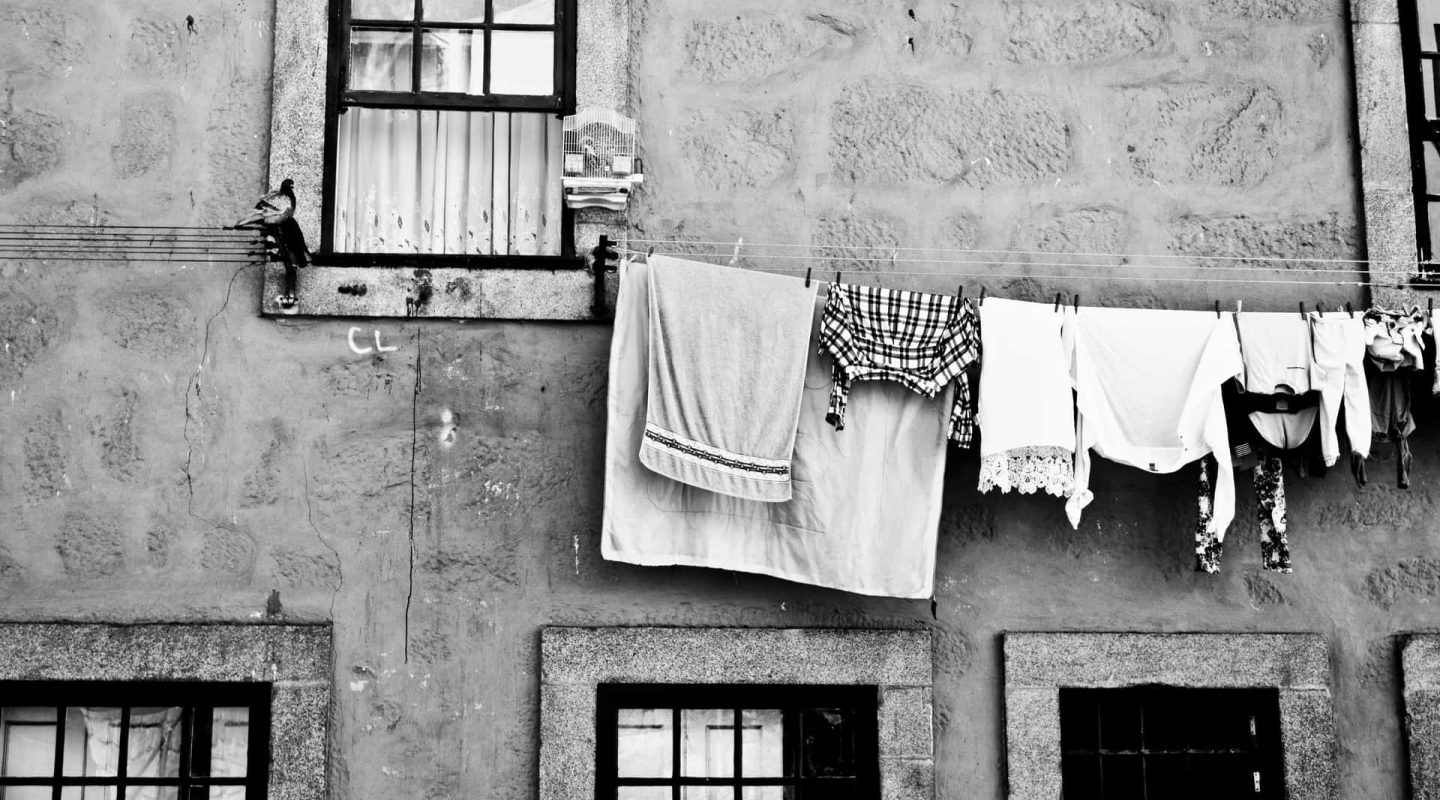 After the Ecstasy, the Laundry (2000) is a book by Jack Kornfield, a renowned Buddhist and meditation teacher. This is the second book I’ve read by Kornfield, the first being the best-selling A Path With Heart (1993), which I’d highly recommend as an introduction to Buddhism and a practical guide to Buddhist meditation, including the practices of mindfulness and metta.

In the late 60s, after graduating from Dartmouth College, Kornfield trained as a Buddhist monk in the monasteries of Thailand, Myanmar, and India, first as a student of the well-respected Thai Buddhist monk Ajahn Chah (whose insights are included in After the Ecstasy). Chah was a founder of two monasteries in the Thai Forest Tradition, a branch of Theravada Buddhist monasticism, Theravada being the oldest school of Buddhism, tending to be more conservative in its doctrine and monastic discipline than Mahayana or Vajrayana (or Tantric) Buddhism. The Thai Forest Tradition – with monasteries located in the forests of Thailand, as the name suggests – aims to practise Buddhism in accordance with pre-sectarian Buddhism, that is, Buddhism as it is thought to have existed before it was divided into its various subsects.

After spending several years living as a monk in various monasteries, Kornfield brought the teachings of Buddhism and the practice of meditation back to the West, as did his friends who also travelled to the East, including Joseph Goldstein and Sharon Salzberg. In 1975, he co-founded the Insight Meditation Center in Barre, Massachusetts with Goldstein and Salzberg; this centre was based on the Theravada tradition of Buddhism and as such offered retreats based around vipassana (or insight) meditation, a meditation that involves the cultivation of mindfulness in order to gain insight into the true nature of reality or what is known as the ‘three marks of conditioned existence’ in the Theravada tradition: dukkha (unsatisfactoriness), anatta (non-self), and anicca (impermanence). These terms come from the Pali language, the classical language of Theravada Buddhism, which the earliest Buddhist texts were written in. Through the Buddhist and meditation centres he set up, the talks he gave, and the books he wrote, Kornfield stands as one of the key popularisers of Buddhism and meditation in the West, alongside Goldstein and Salzberg, as well as teachers like Ram Dass and Jon Kabat-Zinn.

I first heard of After the Ecstasy, the Laundry, when psychedelic researcher Robin Carhart-Harris on posted a screenshot of its introduction on Twitter, where the author states that the experience of enlightenment exists but these states pass – and so what happens to people after such experiences? That’s the focus of this book.

Kornfield emphasises we should be wary of romantic accounts of “fully enlightened sages in Asia or of wholly unblemished saints and mystics in the West”. These accounts can be enticing and promising but they are ultimately misleading, as “there is no such thing as enlightened retirement,” Kornfield says. So while enlightenment experiences are certainly possible, I have often doubted whether a state of permanent, inviolate enlightenment is possible, as Buddhism traditionally teaches. I wanted to read this book so I could find out how people’s lives changed – and didn’t change – after one or more mystical experiences.

What I discovered was a refreshing realisation: following an enlightenment experience, life’s problems are the same; these highly meaningful peak experiences don’t suddenly make everything in life easy to deal with. This humanisation of spirituality is important, as all too often, there can be a tendency to treat spiritual experiences as a sign of someone’s more-than-human status or think that decades of contemplative practice and self-discipline make someone preternaturally immune to hardship. But this isn’t so. As Kornfield shows, in spite of ideal narratives suggesting otherwise, spirituality cannot rid us of our humanness, and all the foibles and vulnerabilities that entails.

This more down-to-earth perspective recognises that enlightenment experiences can be transformative, beneficial, and life-changing, but they don’t fix suffering, they don’t eradicate the ego; neuroses remain intact, and ways of handling difficulties – both interior and exterior – are imperfect from time to time. Indeed, Kornfield stresses that there is no state of perfection following an enlightenment experience. And he clarifies this by providing personal (and anonymous) accounts from those who have spent decades of their life dedicated to spiritual principles and practices, with much of this time being involved in intensive retreats or monastic life.

Kornfield spoke with teachers and practitioners from a vast assortment of spiritual traditions, including Buddhism (Theravada, Tibetan, Zen), Christianity, Judaism, Hinduism, Sufism, and yoga. In his conversations with teachers, masters, lamas, mystics, abbots, monks, nuns, and psychologists, Kornfield uncovers what these various people’s ecstatic experiences were like and the lessons that followed. Voices from both the East and the West are included (although accounts from Western teachers and practitioners predominate, which was Kornfield’s intention).

Many practitioners talk about the intense difficulties of re-entering modern life following ecstatic experiences, and all the concomitant stresses involved. These accounts speak to the hard task of applying acceptance, compassion, and kindness to one’s family relationships, emotional pain, career, finances, illness, loss, and death. In terms of the structure of the book, Kornfield divides it into four sections: the first offers descriptions of what draws people to spiritual life; the second details the different routes to ecstatic experiences – known as the “gates of awakening”; the third provides an explanation of why awakening is only the beginning of a lifelong process; and the fourth notes all the aspects of experience which must be included in a mature spiritual life, these being the physical body, the emotions, our family, our community, societal and global issues, non-human beings, and the environment.

This book is filled with invaluable wisdom from the teachings and stories of the world religions, the great mystics, poets, philosophers, and leaders of the past, and the personal narratives of people that Kornfield interviewed. Kornfield himself writes in a way that is informed by the wisdom of his own life experiences, training, and teaching. His style of writing, which I came to admire in A Path With Heart, is often warm, compassionate, and poetic, although I can understand that at times his writing may feel hippy-dippy or too touchy-feely for some readers, such as those who are purely interested in secular Buddhism or secularised meditation; the repeated use of undefined terms such as ‘sacred’, ‘holy’, ‘divine’, ‘grace’, ‘awakening’, ‘enlightenment’, and ‘spiritual’ may be off-putting to some, and to be honest, I would have appreciated a clarification of these terms. It would be useful to know how Kornfield interprets these concepts and if they can be meaningfully applied to a more secular form of ‘spirituality’ (it’s a shame that an alternative term for spirituality doesn’t really exist, one that equally refers to so-called spiritual principles and practices; although terms like ‘self-realisation’ can sometimes suffice).

I think this book would appeal to those who have had powerful altered states of consciousness they are trying to make sense of, those who haven’t had those experiences but are interested in them, those interested in the world’s wisdom traditions, and those who are looking for some practical wisdom for living. This is not a book, however, suited for readers who want to learn how to meditate or deepen a meditation practice. For that, I would recommend A Path With Heart. I think After the Ecstasy, the Laundry, on the other hand, will be helpful to flip through time and time again, as there are many thought-provoking and illuminating messages and lessons contained in it. While the book is highly readable, it’s perhaps best to read it slowly or in short bursts in order to fully digest all the nuggets of wisdom.