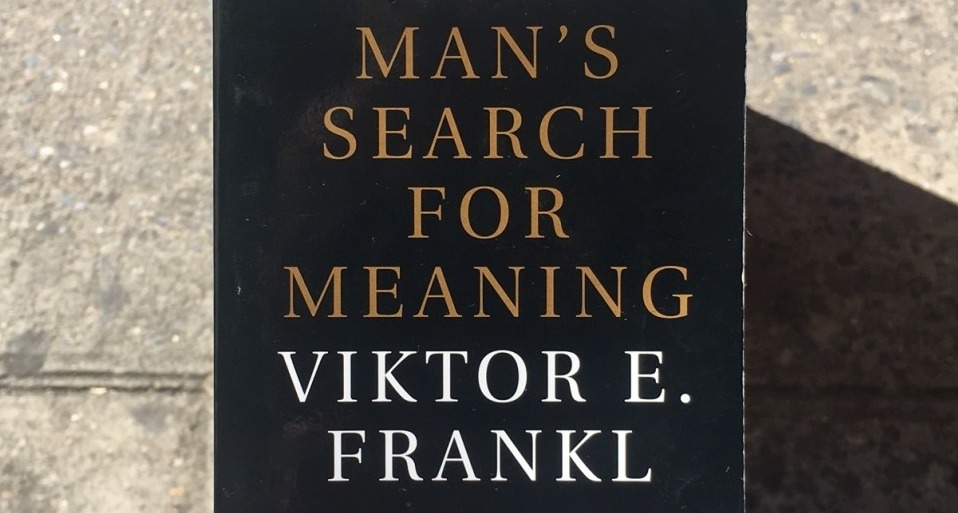 Man’s Search for Meaning is one of the most profound and moving books I have read. It illustrates what we can learn from the human condition in the face of extreme suffering. The author, Viktor Frankl, was an Austrian psychiatrist who was transported to and imprisoned in Auschwitz. Frankl does not go into great and exhaustive detail about the horrors of the various Nazi concentration camps – as many others have (I have Filip Muller’s Eyewitness Auschwitz in mind here) – but he describes his and others’ struggles to find meaning, purpose, strength, courage, and integrity in the worst imaginable situation. He invites the reader to consider the question: how can a person find a meaning to life when they are helpless and in a hopeless situation?

To answer this question, Frankl applies his own form of psychotherapy known as logotherapy, which aims to help individuals find meaning in suffering, however burdensome it may be. He has argued, as a psychotherapist – before, during, and after the Holocaust – that although we are often presented with situations out of our control, our attitude and response towards those situations are very much in our control. Frankl says, “When we are no longer able to change a situation, we are challenged to change ourselves.”

Although those who used life in the concentration camp as a means of personal growth were very few in number, those few heroes or saints that Frankl encountered are a testament to the inherent power of the human spirit. The heroically minded displayed a resolute grip on hope and purpose. In the words of Frankl, “Those who have a ‘why’ to live, can bear with almost any ‘how’.”

Whatever the situation, there is a light – a beacon of hope ­– that can never be extinguished. This light may be dim, difficult to see in the midst of agony, but it is still, nonetheless, accessible. Human choice can allow us to anchor ourselves and bear the weight of whatever harrowing reality befalls us. We can be bruised and battered by the storm without getting wiped away. As Frankl puts it:

In all honesty, I was more fascinated by the second essay the book, which goes into greater detail about the philosophy and practice of logotherapy, as well as the post-script, which explains the ‘tragic optimism’ he subscribes to, that is, how every single situation which confronts us also presents us with a potential for value. In a concentration camp, during a personal crisis, or suffering as we do in various ways, on a daily basis, there is an opportunity to find meaning, and therefore, to be fulfilled as a human being.

Frankl defined the basic drive in humans as the ‘will to meaning’ as opposed to Freud’s ‘will to pleasure’. Deep down, he postulated, we are all looking for some sort of meaning, and this drive can save us in the most testing of times. As Frankl writes, “In some ways suffering ceases to be suffering at the moment it finds a meaning, such as the meaning of a sacrifice.” He also stresses that, in order to find personal meaning, one has to do something that “points, and is directed, to something, or someone, other than oneself…by giving himself to a cause to serve or another person to love.”

In the book, Frankl bemoans the contemporary problem that he calls ‘existential nihilism’, the widespread belief of the general public (which he uses opinion polls to back up) that life is without meaning. He says this is the root cause of so many of society’s ills, from depression to drug addiction. But the problem is not an inherent lack of meaning in existence, but people’s failure to turn situations into meaningful ones. He delves into the various ways in which one can actualise the manifold potentialities in any situation – be it through deeds, experiences, creative works, love, commitment to others, and overcoming suffering and using it as a tool for growth.

This book offers a rejuvenating and life-affirming perspective, whether you’re going through a particularly difficult time in your life or not.