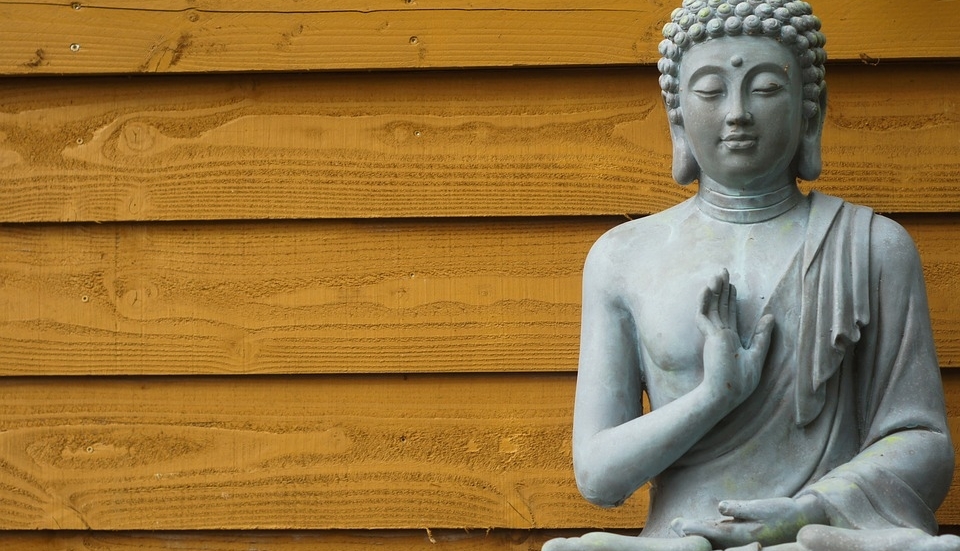 For some time now, I have been going to the North London Buddhist Centre for group meditation and classes on Buddhism. One of the courses I joined was about the dharma (the Buddha’s teachings), specifically focusing on the Four Noble Truths of Buddhism, which can be formulated as follows:

A slew of books and articles have been written on the Four Noble Truths and the Noble Eightfold Path, dissecting them in detail, proffering various perspectives and ways of interpretation. I would, however, like to draw attention to the Third Noble Truth in particular, as during the particular class on this central Buddhist teaching, I raised the question of whether the end of dukkha – and, in turn, enlightenment – is actually possible. This truth is accepted as axiomatic, but I have some reservations about it – some scepticism – that I think is worth fleshing out.

The classic story pertaining to the Buddha is that he sat meditating for a long period of time under a Bodhi Tree (“tree of awakening”, a type of fig tree) until he realised the Four Noble Truths and achieved enlightenment and the subsequent state of nirvana, which involves liberation from suffering. The Buddha was averse to speculations about the nature of nirvana, simply emphasising the need to attain the state. However, even though the Buddha was resistant about elaborating on the nature of this state, early sources describe nirvana in negative terms, for example, saying that the state is “the absence of desire” and “the extinction of thirst”.

An essential component of the Buddha’s enlightenment, and of this enlightenment which is achievable by every person, is that when becomes awakened and experiences nirvana, suffering ends. Yet the idea of entering into an enlightenment state and maintaining it permanently until death seems like an extraordinary claim. Despite people’s anecdotal reports of encountering ‘enlightened beings’, such as adored gurus, I struggle to believe that any person could be free from suffering for the rest of their life, a sceptical attitude that runs counter to the Buddhist conception of enlightenment and nirvana. This doesn’t mean I outright reject the possibility that enlightenment, as conceived in Buddhism, is attainable; but I am, nonetheless, unconvinced that anyone past or present has become permanently enlightened. Such an outcome seems extremely unlikely.

Jack Kornfield, the renowned American Buddhist and meditation teacher, similarly opines that enlightenment is a temporary state, rather than a fixed one. In his book After the Ecstasy, the Laundry (2000), he opens with – what I believe are – some vital truths:

Enlightenment does exist. It is possible to awaken. Unbounded freedom and joy, oneness with the Divine, awakening into a state of timeless grace – these experiences are more common than you know, and not far away. There is one further truth, however: They don’t last. Our realizations and awakenings show us the reality of the world, and they bring transformation, but they pass.

Of course, you may have read traditional accounts of fully enlightened sages in Asia or of wholly unblemished saints and mystics in the West. But these ideal narratives can be misleading. In fact, in the awakening of the heart there is no such thing as enlightenment retirement. That is not how it happens to us.

We all know that after the honeymoon comes the marriage, after the election comes the hard task of governance. In spiritual life it is the same: After the ecstasy comes the laundry.

I share the same view. I don’t personally believe ‘enlightenment’ is a permanent state you reach and from which you never leave; rather, temporary states of enlightenment are achievable and can confer a number of lasting benefits, so long as you put in the effort and endeavour to use these experiences to improve your life, a point that Kornfield alludes to. You may attain such enlightenment states during a psychedelic experience or a deep meditation session, but these experiences come to an end. You might believe once you experience the state of enlightenment that you have become enlightened for good, but this can be a kind of ego trip, a form of delusion that will eventually evaporate when you fall back into states of craving and unsatisfactoriness. It is perhaps more fruitful to view enlightenment experiences as unique opportunities to see what is possible and to try to integrate the experience into your everyday life. It can be difficult, of course, to resist the temptation to constantly chase such experiences, not only because they can provide one with profound joy, bliss, and ecstasy, but also because it may seem like the correct fix for one’s nagging sense of discontent.

What Should a Buddhist Do After Enlightenment?

In another one of the classes about the Four Noble Truths, the teacher relayed how the Buddha taught about these truths out of compassion for all sentient beings and the desire to help others be liberated from suffering. She also mentioned that the Buddha continued to meditate after becoming enlightened. To me, this appeared strange. If you had achieved permanent enlightenment, as the Buddha supposedly had, what would be the purpose of meditation, the goal of which is to achieve enlightenment? The teacher was unsure.

In Buddhism, there is an analogy relating to the dharma, that if you use a raft to get to the other shore, you don’t carry your raft around with you once you get there. In this vein, the Buddha spoke about how the dharma is like the raft: useful for becoming enlightened but dispensable once enlightenment is achieved. This is a common interpretation of the raft parable, nevertheless; it is certainly not the only one. The Buddhist scholar Damien Keown, for example, argues in The Nature of Buddhist Ethics (1992) that in the parable, the dharma is the other shore, not the raft, and the analogy is, thus, about letting go of our imperfect understanding of the teachings, not discarding the dharma altogether. But this still doesn’t resolve the problem raised by assuming that enlightenment is a fixed state – if one becomes free from suffering, what is the point of holding onto the dharma or continuing to meditate, as the Buddha did? Perhaps doing so could deepen one’s enlightenment and allow one to enter even more profound states of spiritual joy. An enlightened being may also carry on meditating simply because he or she is in a permanent state of meditation.

For Kornfield, the spiritual life for a Buddhist following enlightenment involves treating the experience as a lesson, drawing on it in order to be more at peace and compassionate in one’s normal, daily activities.

How We Relate to Our Suffering

The philosopher Arthur Schopenhauer, who was influenced by Buddhist thought, maintained that suffering is part of the human condition, caused by the ineradicable will to live, which is similar to the Buddhist notion of craving: both involve a restless striving that, ultimately, fails to bring us true happiness. Schopenhauer believed we could suspend the power of the will through art and philosophy and find momentary relief from suffering – but we are still nonetheless bound to suffer in his view. My personal view is somewhat Schopenhauerian, in that I believe we cannot permanently escape certain aspects of our nature which cause us to suffer, such as desire, craving, attachment, and ego, as well as the capacity to experience physical and psychological pain and for such pain to cause us distress.

Buddhism and meditation can provide invaluable avenues to change how we relate to our suffering and can help us suffer less. For example, if view inevitable suffering with an attitude of acceptance, compassion, and the desire for personal growth, then we may not suffer so much, and may be able to transform suffering, which we don’t desire, into something we do desire (e.g. the strengthening of our virtues, such as kindness towards ourself and others). In addition, if we think of suffering being caused by our attachments and aversions, then we can be in pain but not suffer, for we can allow pain to exist without attaching certain thoughts, feelings, or judgements to the experience. However, the idea of permanent enlightenment enabling us to never suffer seems unrealistic. Can you truly be human and not suffer?

Buddhism is, at its core, a secular philosophy. To be a Buddhist, you do not necessarily have to take on board any supernatural beliefs. The Buddha, crucially, was not a god. He was simply a man. While this may be the case, my general feeling is that the promise of permanent enlightenment is like the terrestrial version of the promise of everlasting bliss in heaven. In this way, it is understandable to cling onto the idea of permanent enlightenment because none of us wants to suffer. It is possible, though, to interpret Buddhism as a philosophy that can help us achieve temporary enlightenment states, providing us with a catalyst for helping ourselves and others to suffer less. This may not sound as romantic as being liberated from suffering forever, but it may be the more down-to-earth mission of each individual.