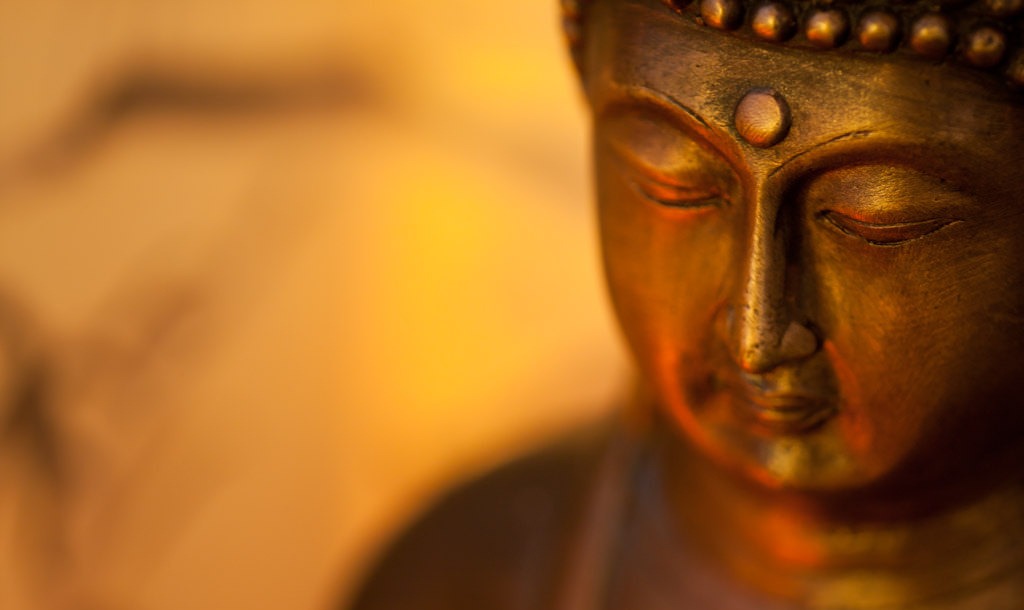 Can you be an atheist and a Buddhist? At first glance, it seems like it would be inconsistent to be both, to be someone who does not believe in God but belongs to a religion. But there is now a growing form of Buddhism, in the Western world at least, which is based on humanism and practical values. The supernatural aspects of Buddhism are ignored, while the teachings of the Buddha, and even the practice of meditation, are preserved. The British author Stephen Batchelor was the first person to promote this form of Buddhism and writes about the compatibility of atheism and Buddhism in books such as Buddhism without Beliefs and Confession of a Buddhist Atheist.

In Confession of a Buddhist Atheist Stephen tells the story of how he began his spiritual journey first by reading classic Indian texts such as the Rig Veda and the Bhagavad Gita, while also experimenting with drugs such as LSD. Then he travelled to Dharamsala in India where he was eventually ordained as a monk in the Gelug (a Tibetan) tradition. He left India in 1975 in order to study the Buddhist philosophy in Tibet and was again eventually ordained as a monk. This involved Stephen following a simple lifestyle: wearing robes, living in a monastery only with men, meditating daily and spending most of his time studying and translating traditional Tibetan texts. In the book, Stephen confesses to his teacher, Geshe Rabten, that he was no longer persuaded by the supernatural aspects of the tradition he was studying and felt obligated to leave the monastery. He moved to South Korea where he trained in Zen Buddhism, which he felt more at home with.

Stephen still felt, however, that he could not reconcile Zen Buddhism with many of his other beliefs, so he took off his robes in 1985 and moved back to England. From 1990 he has been a teacher at the Gaia House meditation centre in Devon. Stephen has argued that, as an atheist, Buddhism can offer some really important lessons and teachings. First of all, Buddha himself was never described as a divine being or a god in the Pali Canon (collection of Buddhist scriptures). He was just a person, so his teachings have a humanistic and natural, not divine, foundation.

Gotama Buddha was born in a palace to a wealthy family and never had an opportunity to leave. That was until one day he left the palace and encountered a sick man, an elderly man and a dead man. Seeing this kind of suffering affected him so much that he decided to leave the palace and live with ascetic monks. These ascetic monks lived in the woods, far away from society and spent their time eating little food and meditating. Gotama did not get a permanent sense of well-being from this kind of life, so he meditated under a bodhi tree and said he would not leave until he found what he was looking for. What he came up with was the Four Noble Truths and the Noble Eightfold Path. The Four Noble Truths are 1. Life is dukkha. Some translate this as ‘suffering’, but the term has a much broader meaning, standing for a general dissatisfaction in life. This dissatisfaction arises from the fact that all things are impermanent or transient – so pleasure and happiness always end after a short amount of time. 2. The root of dukkha is craving, ignorance and hatred. In Buddhist philosophy, these are the three vices. 3. To eliminate dukkha you have to eliminate cravings, ignorance and hatred. 4. To eliminate these vices you have to follow the Noble Eightfold Path.

The belief that suffering can be eliminated by avoiding cravings, ignorance and hatred can easily be adopted by an atheist, humanist or secularist. The Noble Eightfold Path involves developing Right Vision, Intention, Speech, Action, Livelihood, Effort, Mindfulness and Concentration. For the secular Buddhist, each of these eight aspects has practical applications in real life and are useful for a variety of needs and situations. Secular Buddhism, therefore, does not insist that there is ‘one true path to Enlightenment’ that you must follow; instead, it is far less strict and more open-minded and flexible.

Buddhism generally promotes compassion as a virtue (however in Mahayana Buddhism you should be compassionate in order to liberate yourself from suffering, whereas in Theravada Buddhism you should be compassionate in order to liberate all living beings from suffering). Since Buddhism inherited the Hindu concepts of karma and reincarnation, an important aspect of Buddhism is to be compassionate in this life in order to avoid samsara (the cycle of death and rebirth). Buddhists want to achieve Enlightenment or Liberation because avoiding samsara means that all suffering will end forever. The Self will then exist in some sort of transcendental world. The secular Buddhist, on the other hand, will value compassion and avoid cravings, ignorance and hatred because they want to avoid suffering (for themselves and others) in this life; the only life we have.

In the same way, one of the main principles of Jainism is ahimsa (non-violence to all sentient beings), but Jains follow this principle in order to be reborn in some heavenly place. But you can also value ahimsa as a principle for this life and this life only. The secular Buddhist will reject concepts such as karma and reincarnation which are supernatural and have no basis in reality. They will also reject mystical ideas found in texts such as The Tibetan Book of the Dead. In this book, it is believed that when you die, you travel through different bardos or realms of existence until you are eventually reborn. Other things which cannot be empirically tested, such as divine beings and Pure Lands (celestial realms in Buddhist cosmology), are likely to be rejected by a secular Buddhist.

While certain kinds of meditation do have a supernatural context to them, a secular Buddhist can still practice meditation for its practical benefits. Mindfulness, one aspect of the Noble Eightfold Path, has been developed into a form of meditation. There is nothing religious about this kind of meditation, it just involves bringing your attention to the present moment, usually by focusing on your thoughts, breathing and bodily sensations. By doing this, you can understand the pattern of thoughts in your mind, that is, what thoughts come up, how long for and how you respond to them. Mindfulness meditation can supposedly allow you to recognise these habits and change them for the better. Many studies have empirically confirmed mindfulness meditation as being an effective way to reduce stress, anxiety and depression, while simultaneously increasing a sense of well-being and satisfaction.

In light of this evidence, mindfulness-based cognitive therapy has been developed in order to treat major depressive disorders, as well as many other kinds of disorders. The secular Buddhist can draw on the Buddha’s life and teachings as a way to live morally and respond to issues such as discrimination, poverty and animal cruelty. Since meditation has also been ‘secularised’, the secular Buddhist can use it in order to achieve real benefits in the real world, as opposed to supernatural benefits in a supernatural world.