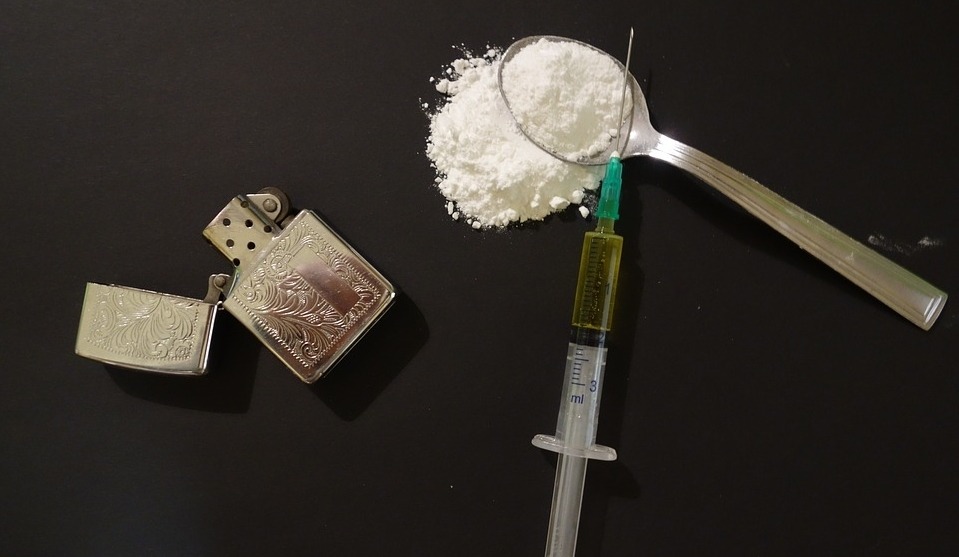 Being physically addicted to drugs such as heroin, crack cocaine and methamphetamine involves a chemical dependency to these drugs. A chemical dependence is when the body adjusts to a substance by including the substance in its normal functioning. This creates tolerance and withdrawal – the two classic symptoms of physical addiction. Tolerance is when more of the substance is needed to recreate the original effect. Withdrawal symptoms occur when the substance is no longer taken. The symptoms can be very nasty and can include anxiety, irritability, intense cravings, nausea, hallucinations, cold sweats and tremors. For anyone who’s seen the films Trainspotting, Requiem for a Dream or The Basketball Diaries, the portrayal of heroin withdrawal symptoms make the drug seem very risky and unattractive.

What’s interesting is that there is evidence that suggests sugar can also be physically addictive and acts in the brain in a similar way to cocaine. In a study carried out by professor Bart Hoebel of Princeton University, it was found that rats showed classic signs of physical addiction when consuming sugar on a daily basis, then having that supply of sugar stopped. When the rats were denied sugar, they worked extra hard to get it and binged on it even more when they next received it. This suggests that the rats were intensely craving the sugar and relapsed when it was introduced to them again (a relapse being another tell-tale sign of a physical addiction).

By studying the brains of these rats, it also became apparent that sugar was acting on the dopamine and opioid systems in the brain (the reward centres which give us pleasure) in much the same way that cocaine and heroin does. After a month of sugar binging, the structure of the brains also changed, adapting to the increased dopamine levels. As with cocaine and heroin addiction, this same structural change occurs and it is associated with tolerance. Once the sugar was taken away from them, the rats also showed signs of withdrawal, such as anxiety (chattering teeth and an unwillingness to explore their surroundings). In Hoebel’s own words: “[heroin], despite being stronger and resulting from exogenous chemicals, affects the same processes as sugar.” The bioethicist Julian Savulescu, in his paper Addiction and Autonomy, has also claimed that “we should believe that drug-orientated desires are the same as food-orientated desires or other appetitive desires.”

What is worth pointing out is that sugar is a completely legal chemical. And so are many other physically addictive substances to be fair: alcohol, tobacco and prescription drugs such as valium, Ritalin (which has a similar chemical structure to cocaine), Vicodin, codeine, methadone, oxycontin (an opiate); the list could go on and on really. If drug addiction is to be seriously considered a criminal issue, then would it not be equally justified to arrest or fine an obese person addicted to fast food or an alcoholic or a smoker? The cost to maintain a prisoner for a year is £41,000 according to Juliet Lyon, director of the Prison Reform Trust. Not to mention the fact that prisons across England and Wales are running out of space.

This puts things into perspective. It no longer seems practical or beneficial in the long run to send an addict, of any sort, to prison. You may think that to be an addict is morally wrong, but the addiction tends to harm the addict, not anyone else. Admittedly, a person deep into an addiction of any kind can ruin their family life and even jeopardise the well-being of those who depend on them. But as John Stuart Mill says, they should be punished for the neglect and harm to others they cause, not for the use of an addictive substance. If anything, sending an addict to prison can be more harmful than their neglect – the addict has their freedom and rights taken away, and the family is no longer left with a provider.

There is also the issue of costs in property theft which are a result of addiction, with an estimated 70% of all property theft being carried out addicts. Anyone guilty of theft should be punished, but in order to prevent addiction-related theft and addiction in general, addiction should be treated as a medical condition. Russell Brand’s recent comic relief event ‘Give It Up’ stressed that addiction is an illness and not a lifestyle choice. Drug researcher David Nutt has confirmed this by pointing out that drugs, sugar and sex can hijack the reward systems in the brain, changing the personality and behaviour of a person in a way which makes them dysfunctional. This is a useful indicator of a mental illness.

Although a person may make a number of conscious choices to use an addictive drug, once they are addicted, it would be unfair to treat their use of an illegal drug as something intentional and deserving of punishment. The opinion of journalist Peter Hitchens that all drug users are selfish, hedonistic Western kids couldn’t be further from the truth. Not everyone becomes addicted to cocaine, sweets or sex, but as Russell Brand has highlighted, about 10% of the population has a tendency to abuse them and if these people do become addicted, their addiction should be treated as a health issue, not a criminal issue.

We should follow in the footsteps of Portugal. Portugal has decriminalised all drugs and was, in fact,t the first country to do so. This initiative was in response to the soaring rates of HIV and hepatitis infection due to the exchange of dirty heroin needles. The new plan was to treat addicts as sick people in need of treatment and not immoral monsters in need of being locked up. If someone is found to be a drug addict, they are directed to one of the country’s 79 treatment centres where they can get all forms of help, from counselling to methadone treatment. A decade later since this plan and addiction rates have been cut in half. Rates of HIV and hepatitis have also plummeted due to Portugal’s needle-exchange programmes where addicts can get clean needles instead of borrowing used ones.

Christiana Pires is a leader of one of the Institute of Drugs and Drugs Addiction’s harm-reduction teams in Portugal. These institutes serve as another vital component of the drug law in the country. These teams work in schools, neighbourhoods, bars and clubs explaining the risks of using addictive drugs, without being preachy about it. Pamphlets and ‘drug kits’ (like silver plates to cut drugs on and a saline solution to clean your nose) are handed out at music festivals to ensure that the harms of drug use are reduced. The teams also offer drug testing to make sure that the drugs people are using are not contaminated – another way to prevent harm being caused by drugs which are usually adulterated with other chemicals, such as cocaine. Not to mention popular club drugs (cocaine and MDMA) which are usually sold as something else, such as some sort of research chemical which has unknown risks and harms.

The UK should adopt this sort of attitude. It is realistic, friendly, evidence-based and effective. Counselling should be there to figure out the root cause of someone’s addiction; it may be due to poverty, child abuse, loneliness, depression, escapism – any number of reasons. But the root problem should be dealt with to resolve the addiction. Some argue, however, that methadone programmes are not so beneficial, they tend to give the addict a methadone addiction on top of their heroin addiction.

In response to this problem, a group of Dutch researchers have tried a counter-intuitive approach. From 1998 to 2001 they gave controlled doses of heroin to heroin addicts who were also on a methadone programme. The study found that after three years mental, physical and social functioning were greatly improved and that dependency on heroin became far less severe. These promising results might be due to the fact that the prescribed heroin was less addictive, since street heroin be very addictive, especially “black tar” heroin. A system of controlled, supervised heroin prescription, therefore, looks promising. It could be part of a more all-encompassing plan in the UK to prevent addiction by treating it as a health issue, not a criminal issue.