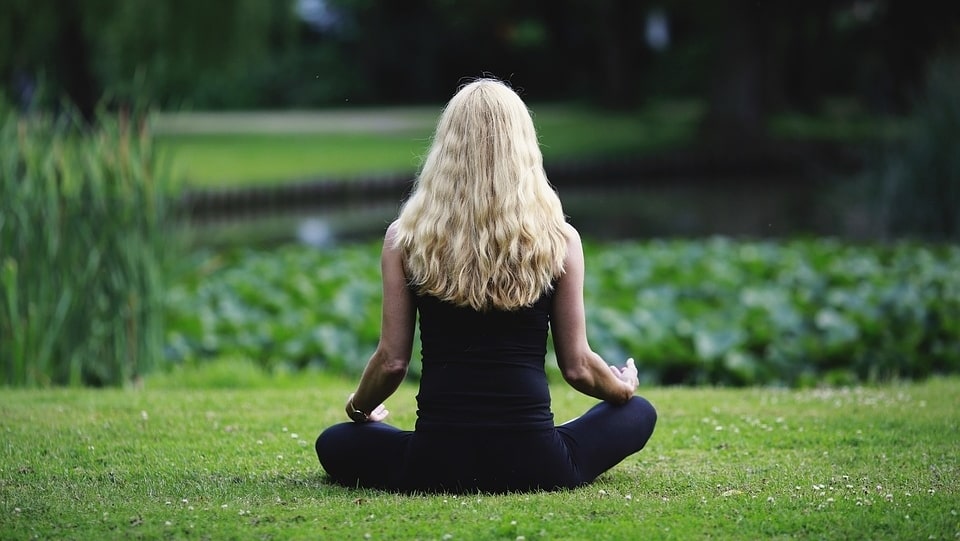 In the past decade, we have seen the meteoric rise of the ‘mindfulness industry’. The revenue of the most popular meditation app, Headspace, for example, is estimated to be over $50m a year. Following in the footsteps and success of Headspace, we have seen an influx of other meditation and mindfulness apps, such as Calm, which has been valued at $250m. Other frequently downloaded apps include Insight Timer, The Mindfulness App, buddhify, Sattva, Stop, Breathe & Think, 10% Happier, Breethe, Omvana, and Simple Habit. The mindfulness industry is burgeoning and highly lucrative. Here we see the curious mix of spirituality and capitalism. This intriguing relationship has also resulted in the birth of a phenomenon known as McMindfulness.

The Buddhist teacher and psychotherapist Miles Neale coined the term McMindfulness in 2010. He described it as “a feeding frenzy of spiritual practices that provide immediate nutrition but no long-term sustenance”. The author Ronald Purser, who has since popularised the term McMindfulness, has argued that the branding of mindfulness as spirituality, as promoted by the Buddhist teacher Jon Kabat-Zinn, has meant that mindfulness can be consumed like fast food, helping people to cope but without allowing people to address the root causes of their problems.

Kabat-Zinn is the inventor of Mindfulness-Based Stress Reduction (MBSR), an eight-week, evidence-based course that provides intensive, secular mindfulness training to help people overcome stress, anxiety, and depression. Purser draws a comparison between Kabat-Zinn and Ray Kroc, the founder of McDonald’s. He writes:

Both men took measures to ensure that their products would not vary in quality or content across franchises. Burgers and fries at McDonald’s are the same whether one is eating them in Dubai or in Dubuque. Similarly, there is little variation in the content, structuring and curriculum of MBSR courses around the world.

McMindfulness, in Purser’s view, refers to the commodification of mindfulness, which “keeps it anchored in the ethos of the market”. He believes the stripped-down and secularised version of mindfulness we have branded and marketed in the West is helping us to cope with capitalism, rather than change it. As the Slovenian philosopher Slajov Žižek puts it, mindfulness is “establishing itself as the hegemonic ideology of global capitalism”. It is enabling people “to fully participate in the capitalist dynamic while retaining the appearance of mental sanity”.

The Promotion of Spirituality Without a Moral Foundation

In his articles, as well as in his recent book McMindfulness: How Mindfulness Became the New Capitalist Spirituality, Purser argues it’s problematic that secular mindfulness lacks a moral foundation. It opens it up “to a host of dubious uses”, as he says. Mindfulness can now be used for self-serving and ego-enhancing purposes, which run counter to Buddhist teachings about letting go of ego-driven pursuits and striving to foster compassion towards others. In his opinion, the mindfulness industry is not helping us combat the three poisons underscored in Buddhism: greed, ill will, and delusion; rather, it has been “refashioned into a banal, therapeutic, self-help technique that can actually reinforce those roots”.

Lacking a moral foundation or an ethical commitment to changing the way things are, McMindfulness has become all about self-interest, which ultimately fits in with the dominant ideological system we live in. Purser states:

Instead of letting go of the ego, McMindfulness promotes self-aggrandizement; its therapeutic function is to comfort, numb, adjust and accommodate the self within a neoliberal, corporatized, militarized, individualistic society based on private gain.

We can see this, too, with the promotion of mindfulness in corporate contexts as a way of increasing and maximising productivity. Indeed, mindfulness is commonly hailed as a great productivity hack, a way of getting more done, achieving greater career success, and giving people a competitive edge.

McMindfulness Stops Us From Addressing the Root Causes of Problems

As already alluded to, McMindfulness is a self-help technique that allows us to soothe and relieve the symptoms of stress but, lacking a moral foundation, it doesn’t provide us with an incentive to address the social roots of that stress. In a 2013 article that Purser co-wrote with the Buddhist scholar David Loy, the two state that in corporations:

mindfulness training has wide appeal because it has become a trendy method for subduing employee unrest, promoting a tacit acceptance of the status quo, and as an instrumental tool for keeping attention focused on institutional goals.

In this way, one’s job, company, and industry may be a massive cause of stress and subsequent mental health issues but rather than the organisation making structural changes to resolve this, it will, instead, offer wellness programmes (such as mindfulness training) to help employees get by and carry on. Jeremy Carrette and Richard King assert in their book Selling Spirituality: The Silent Takeover of Religion that the atomised and privatised version of mindfulness we have adopted in the West is “accommodationist”. McMindfulness is a way of getting us used to problems in the world. Spirituality is used as a sticking plaster for the ills of society.

For Purser, this is a deeply flawed take on the mindfulness practice. Mindfulness should not be about accepting the status quo; it should be a method for connecting us with others, motivating us to challenge social injustice and the social and political causes of stress and mental anguish. In contrast, the mindfulness movement posits that the underlying cause of dissatisfaction and distress is all in our minds and if we could successfully apply mindfulness techniques, regardless of what is going on in the world, then we can achieve peace of mind.

Not everyone is in agreement with the arguments that Purser makes in his new book on McMindfulness. For example, in his review of the book for the website Mindful, Andy Lee maintains that self-awareness is not self-centredness, contrary to Purser’s belief. For Purser, secular mindfulness disconnects people from the world and the suffering of others, which, in turn, makes people less likely to advocate for change. Lee, however, says “this argument demonstrates both a misunderstanding of the essence of mindfulness, and also runs counter to the relevant research.”

Indeed, the core of mindfulness involves simply paying attention to the present moment in a non-judgemental manner. Rather than making us self-centred, Lee believes mindfulness helps to make us more aware of our biases when interacting with the world and more likely to be “curious and engaged in our surroundings”. There is also research showing that mindfulness helps to reduce bias and discrimination and enhances ethical and compassionate behaviour. Mindfulness makes us both more compassionate towards ourselves and others. Lee takes issue with Purser’s claims about mindfulness making people complacent and self-centred because there is no evidence to support such claims. How do we know that mindfulness suppresses social activism? Also, while Purser criticises the status quo, he doesn’t offer any concrete and clear recommendations for how to improve things (although it can be legitimate to challenge the status quo while remaining unsure of how best to move forward).

However, Purser’s defence of mindfulness with a moral foundation is actionable. Indeed, in Buddhism, a mindfulness practice is accompanied by teachings on ethics, such as becoming unattached to one’s ego and feeling compassion for others. The centrality of ethics and positive emotions in Buddhism is why other forms of meditation were established, such as compassion meditation (or karuna bhavana, which comes from the Pali language) and loving-kindness meditation (or metta bhavana).

These traditional forms of meditation complement mindfulness, and vice versa. After all, being compassionate and kind towards oneself is helpful when trying to focus on the present moment (as this can be a difficult and sometimes frustrating thing to do), while mindfulness is a skill that helps to keep us focused on the intentions of compassion and loving-kindness when practising these respective forms of meditation. Arguably, we will be best equipped to overcome our suffering and relieve the suffering of others if we incorporate the positive emotions and ethics that are vital to Buddhism.

Mindfulness as a purely secular practice can – contrary to Purser’s position – allow us to act more ethically in the world. However, if this practice is supported by the sort of ethical framework that Purser has in mind, then we could become even more effective in this regard, and further motivated to challenge the status quo.