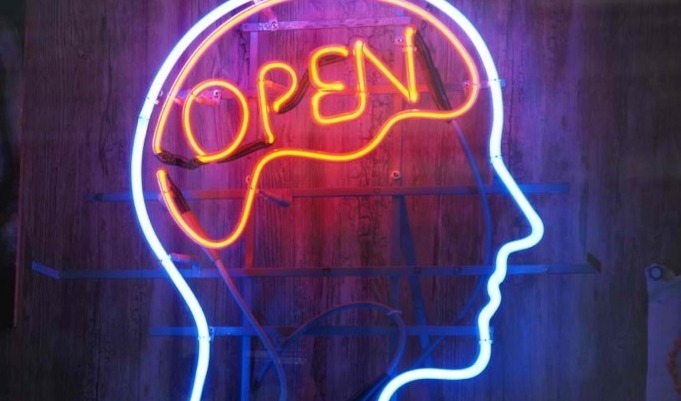 I’ve always been under the impression that travel broadens your horizons, in that it made you more open to, and tolerant of, different cultures and perspectives, and in turn, less judgemental about others. And for the most part, many travellers I’ve met have bolstered this assumption; they tend to be open to anyone and everyone, and genuinely curious about different opinions and ways of going about life.

Judging the Judgement of Others

While I still believe that travel can foster this positive mindset, I’ve also noticed how the pendulum can swing in the other direction, whereby the travelling lifestyle engenders a narrow-mindedness, a kind of snobbery, and in turn, judgemental attitudes. I’ve noticed this in myself and in others – although I fear that when ‘noticing’ it in others, I am in fact projecting my own judgement. As the novelist Hermann Hesse put it, “If you hate a person, you hate something in him that is part of yourself. What isn’t part of ourselves doesn’t disturb us.”

I believe this psychological observation is more or less true – the psychotherapist Carl Jung, who heavily influenced Hesse, said that people are innately prone to psychological projection, which is when a perceived personal inferiority is recognised as a perceived moral deficiency in someone else. On the other hand, there are obviously cases when recognising close-mindedness and judgement in others is not a projection, but an honest perception. In those instances, I believe that so long as you are being honest about your own vulnerability of falling into these mental traps, you can respond in a non-judgemental way.

Experiences That Left a Sour Taste in My Mouth

First I’d like to share some experiences when I’ve been surprised by the kind of prejudice expressed by some travellers. I won’t name any names (I can’t remember their names anyway, to be honest).

I listened to a British guy from Birmingham, in Sevilla, Spain, who was travelling around Europe, who told me that he has loads of Asian friends, but that he just doesn’t like ‘them’. I overheard one girl perpetuate the stereotype that all Jews care about is money and being flashy because that was her impression of the Jews living in her area. And another British guy I met more in Medellin, Colombia, who was 37 and had been travelling since he was 20 on and off, said under his breath as we walked past a homeless woman and her child, “Get a job”, and then later remarked how boring it must be to live like that. He had travelled around poverty-stricken India, so I was amazed he could still harbour this kind of judgemental and unsympathetic attitude towards those whose personal circumstances we know nothing about.

Anyway, those were the cases that stood out. They just go to show that travel is no cure for prejudice, despite Mark Twain believing it to be so:

Travel is fatal to prejudice, bigotry and narrow-mindedness, and many of our people need it sorely on these accounts.

I think Mr Twain was being a bit optimistic. Going to a different country is not a panacea for prejudice, but an opportunity to put such prejudices to the test. The fact is that any idiot can buy a plane ticket. You rarely leave your problems at home, so if you’re harsh to people back home, I’m not surprised that you start acting the same in a different country.

It’s as if there can only be one ‘winner’ and that’s the guy who’s been on the road for 5 years, hitchhiking, sleeping on couches, spending $10 a day, staying in some unheard of place for months, and looking like they’re homeless. I’m sure some people prefer this ultra-shoestring way of travelling, and there are tonnes of reasons why travelling like this can be adventurous, but it is not for everyone, and sometimes amounts to little more than one-upmanship. Travel snobbery seems to manifest when those who enjoy this way of travelling insist it is the right way to travel, that any other way is ‘touristy’ and not ‘authentic’.

I guess you could call these people the ‘travel hipsters’. But maybe I’m just being judgemental for attaching that label to people.

Even though I try not to harbour this my-travelling-experience-trumps-yours kind of competitive attitude, I still find myself making silent and passing judgements about others: All you care about is going out and getting wasted. But whether it’s bragging or thinking harshly, it’s pointless, really. Everyone has different styles of travelling. If someone spends their whole time in Thailand getting drunk on the beach, what do I care? They’re clearly having the time of their life.

Arguing about the ‘best way to travel’ amounts to nothing more than a debate about preferences, which, when looked at in that way, has no purpose; after all, preferences cannot be universalised. When I make a judgement about another traveller, I cannot know every detail about their personality, their own unique circumstances, levels of comfort, budget, interests, current mood, previous experiences, future plans, and countless other variables.

Sometimes it’s difficult to be open-minded and non-judgemental about the wide range of travel preferences that exist. But every day is a test, sometimes you pass, sometimes you fail. Also, it helps to practice non-judgement with respect to yourself before applying it to others. It really is an attitude that needs to be trained and ingrained, and mindfulness can be a useful aid in this respect since it allows you to notice when this kind of judgement arises. You can watch how judgemental thoughts (and words) surface again and again; as well as how frequent they arise, in what kinds of situations, how long they last for, what their content mainly relates to, how it affects how you approach or talk to people, and so on. Sometimes I will catch myself stuck in judging mode and realise that, although I might not give off the impression of being a judgemental person, my thoughts tell quite a different story.

If you can observe when and how you harshly judge yourself, I think it makes it easier to watch yourself doing the same to others. Once I notice how pointless it is to constantly pass judgement on my way of doing things, soon it becomes obvious how even more ridiculous it is to pass judgement on others; people whose inner lives I can barely understand. Everyone else falls into the trap of judgement from time to time. However, when it turns into snobbery it becomes a kind of lifestyle in itself – toxic for both that person and for other travellers.

Of course, all of this applies in a much wider context outside of travelling. Sometimes I will find myself judging the preferences and lifestyles of others as ‘wrong’, as wasteful, narrow-minded, vapid, and so on. But how can I be so sure that I have everything figured out and know what’s best for others? Because I really don’t; nor does anyone else. So be mindful of when you feel this urgency to impose your opinions and advice on others. It’s something we all do from time to time, often borne out of a deep-seated insecurity and worry about whether we’re on the right track.

Over time, we can become more aligned with a path that materialises our deepest potential. Closed-mindedness and judgement aren’t forces that nurture that process, however. Living authentically is enough to inspire others by way of example. Pushing a personal agenda of ‘my way is the only way’, on the other hand, simultaneously stunts your own personal growth and shuts down the receptivity of others. Self-righteousness and arrogance are hugely off-putting. Plus, no one likes to feel looked down upon.

It’s a constant struggle to stay open-minded and to keep judgement in check. Yet it’s a struggle that rewards us with the invaluable, intangible satisfaction of staying true to our individual nature. When you live in this way it becomes instantly evident to others. And true authenticity is infectious.