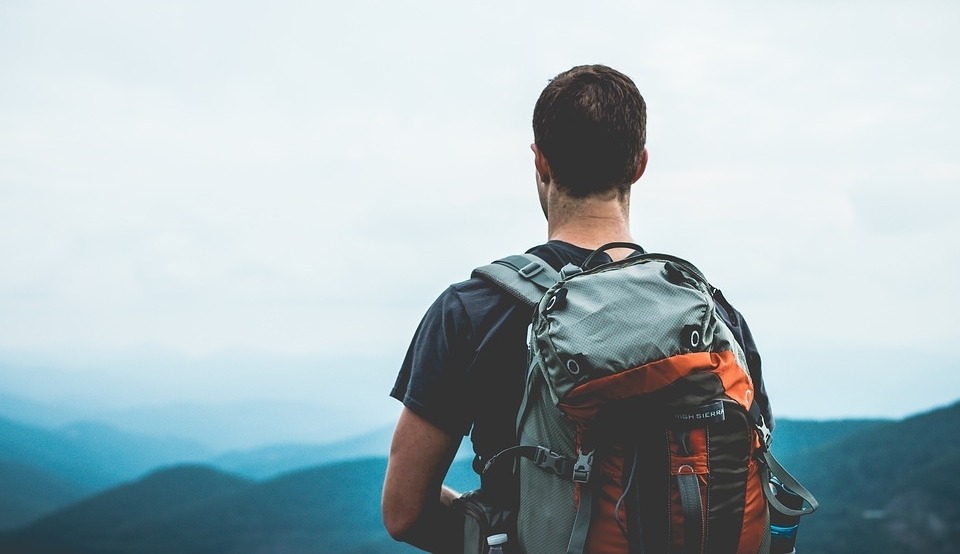 As a generation accused of being lazy, self-obsessed and self-entitled, obsessing over travel seems to fit that bill. To feel entitled to quit a job and go backpacking around the world on a ‘personal journey’ – equipped with selfie (selfish) stick in hand – might be a sign of self-indulgence.

This might play some role in young people’s obsession with travel but it is not the only factor.

The Belief That Travel is the Key to Happiness

This is a ‘piece of wisdom’ that is pretty much universally peddled by travel bloggers. However, the argument that travel is the key to happiness for me seems too simplistic, and with 20-somethings all too eager to escape the 9-to-5 grind and rat race, I think it is often mis-sold. The experience itself might be the happiest time of your life, but you have to be in a good place for that to be the case. If you have deep-seated issues back home – whether it’s to do with your job, family, lifestyle, or personal issues – travelling might change you so that these problems can be transformed.

But they might not, and returning can be experienced as a severe blow. That feeling of this is shit and I have to get out might never leave, in which case travel has opened up a new can of worms for you to deal with, and you might not be mentally equipped to handle it.

On the other hand, reality has not changed, only your attitude towards it. If your newfound perspective or priorities do not fit in with your old life, this can cause a kind of personal crisis, but there can be immense value in this kind of distress, in freaking out inside about your life. I’m not recommending voluntarily making your life chaotic, but if the struggle is there, use it as an opportunity to create a better life for yourself.

Travel might not be the key to happiness, but there are, nonetheless, some fundamental reasons why millennials are placing such high value on it.

The Roman philosopher Lucius Annaeus Seneca wrote a brilliant essay called On the Shortness of Life which aims to instil the reader with the reality and implications of the limited time we have in this existence. The essay is teeming with quotes that deliver this basic, but unfelt truth:

It is not that we have so little time but that we lose so much. … The life we receive is not short but we make it so; we are not ill provided but use what we have wastefully.

It is curious that the older generation sometimes bemoans the younger generation as lazy and self-indulgent because a fascinating study on the regrets of the dying found that the five most prominent regrets included:

God, they sound like a bunch of whining millennials! But seriously, it is vital to heed their words. And many millennials seem to be doing exactly this. As the book of life reaches its conclusion, only you are in a position to say what was worthwhile, and what wasn’t. If your life was a book, would anyone want to read it?

Life can certainly be exciting, fulfilling and rich without travel as a priority. For some people, saving to fund their master’s degree is more worthwhile than doing the same for a travel stint. Furthermore, to be able to quit your job to travel the world is an immense privilege worth recognising – most people in the world will never be able to do this. (Treat this fact about your life with gratitude, not guilt).

Experiences Are More Valuable Than Things

I think this is a very common realisation that you get during, or after travelling: a life rich in experience is more valuable than being rich. If you hate the hippie mentality that says “this world is sick and materialistic, man” then travel might make you take it a little bit more seriously. When you travel with few possessions, carrying everything on your back, seeing people living happier lives with less stuff, and experiencing a lot with very little money, then it starts to seem insane why everyone back home would waste money on the accumulation of expensive stuff or nights out.

This way of thinking is annoying to others, almost pretentious – in fact; it can easily make you sanctimonious. On the other hand, you know deep down that it is silly to spend a year’s wages on a new car when you realise you could probably travel the world for three years with the same amount of money. You will always think about how money spent on things could be better spent on unforgettable experiences in other countries.

It’s true, the obsession millennials have with travel is irritating to an extent, especially when 20-somethings only talk about travelling, and in an ego-boosting, self-absorbed way. Also, the trendiness and glorification of travel that is fuelled by social media can often leave young people feeling envious, bitter, deflated and fearful about missing out. The prevailing opinion that says “travel in order to be happy” can sometimes fail to deliver on its promise.

But in spite of these negative consequences, and beneath the pretentious, self-indulgent and status-boosting nature of social media, this trend also represents a shift in the cultural landscape of values. The obsession with travel is just one aspect of a general movement towards focusing on what is fulfilling, as opposed to following a predictable trajectory, simultaneously comfortable and uncomfortable in its predictableness.