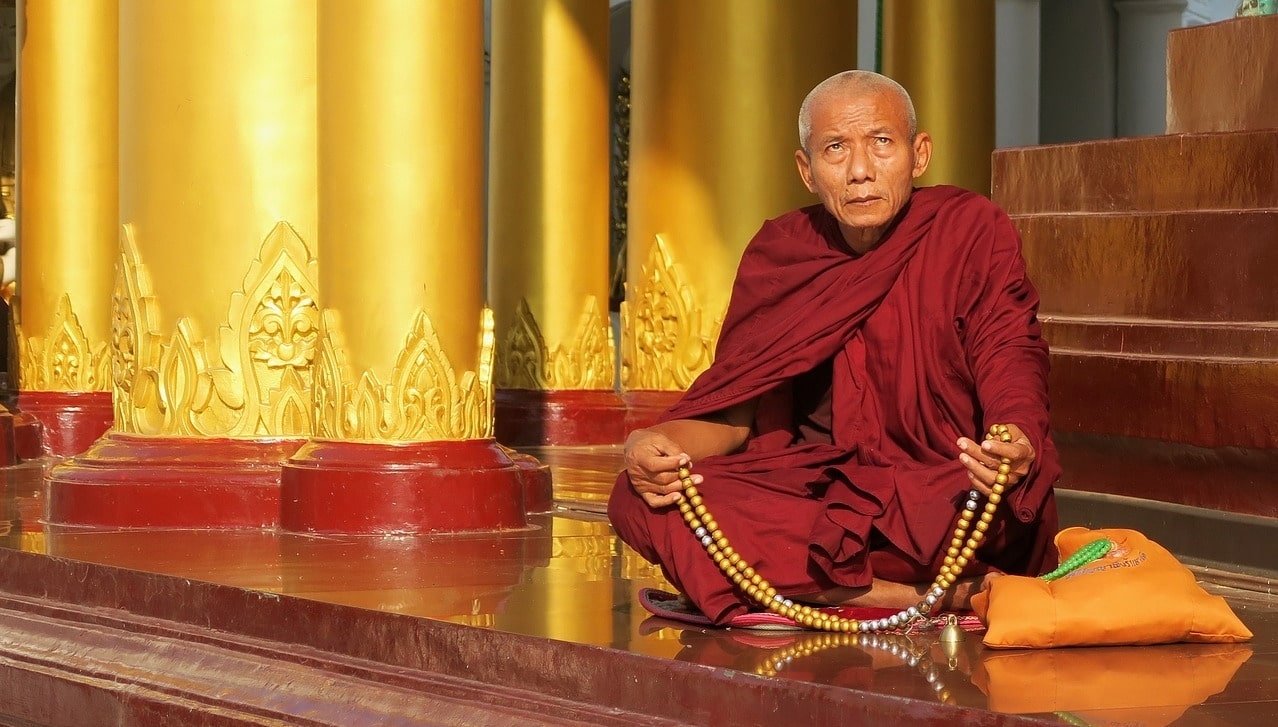 I visited Myanmar in 2015 and, unlike in other Southeast Asian countries, US dollars were the preferred form of currency. But the dollars also needed to be crisp and pristine. If you go to a foreign exchange counter or bank and try to exchange creased, ripped, or scribbled dollar bills, they can be rejected. The local currency, kyat, is of course used and you will get given kyat back as change when paying in dollars, but when paying hotels, the preference is usually for dollars.

I was in the middle of a round-the-trip when I visited Myanmar. The same year I planned a visit, Myanmar launched its e-visa option, which was lucky, as it saved me the hassle of visiting the Burmese embassy in Bangkok to get a visa (I was in Thailand at the time). The e-visa system wasn’t perfect, however. You needed to provide a photo, but since I didn’t have one I could use, I had to take one using a webcam in an internet café in Chiang Mai. The problem, though, was that if your photo was rejected for not meeting the requirements, your application would be rejected – and your payment for the visa would not be refunded. I was definitely relieved, then, when I got confirmation that my visa application was accepted.

When I visited Myanmar in 2015, credit cards were only introduced in the last few years, so everything had to be paid in cash. ATMs were also few and far between. All of this meant I had to rely on cash and it was better to take all the cash I needed with me. So in Chiang Mai, I picked up several hundred-dollar bills, making sure they were crisp and clean, of course, and kept them enclosed in a book, to maintain their pristine condition.

Like most tourists visiting Myanmar, I flew into Yangon (also known as Rangoon). Yangon is Myanmar’s largest city (with a population of around 5 million). The city was the capital of Myanmar from 1948 to 2006, after which Naypyidaw became the capital. Despite having visited other major cities in Southeast Asia, walking around Yangon still gave me a feeling of culture shock. The city also felt completely different from any other in Southeast Asia I had visited. Firstly, I saw hardly any other tourists as I was walking around, which can’t be said for Bangkok, Chiang Mai, Hanoi, or Luang Prabang.

The lack of tourists was largely due to the fact that Myanmar only really opened its doors to tourism again in 2011. The country was run by a military dictatorship between 1962 and 2011, which involved many human rights violations. This led the opposition leader Aung San Suu Kyi to call for a tourism boycott in 1992. With many travel magazines and guidebooks calling for a travel boycott as well, the country received few Western tourists since ’92. But when the military dictatorship officially ended in 2011, Aung San Suu Kyi, the worldwide tourism boycott was lifted. So, when I travelled to Myanmar in 2015, this was only a few years after the end of the boycott.

Myanmar’s relative lack of tourism meant that it simply did not have the same kind of tourist infrastructure as a country like Thailand, with far fewer hotels and hostels. When I visited, there were concerns that the country’s existing tourist infrastructure would be unable to meet the demands of increasing tourism. But while hostels and affordable accommodation were certainly sparse in the areas I visited (i.e. Yangon, Bagan, Kalaw, and Inle Lake) compared to Thailand, for example, I did not have any issues in finding budget-friendly places to stay. In the years since I visited the country, tourist numbers have been soaring, with most of the surge due to increasing numbers of Asian tourists, such as those from China. Nonetheless, the genocide against the Muslim Rohingya people, beginning in 2016, has put off many Western tourists from visiting.

The relatively few Western tourists I saw was one of the first things that stood out to me about Yangon. Another thing I couldn’t help but notice was the city’s abundance of colonial architecture; in fact, of all the cities in Southeast Asia, Yangon has the highest number of colonial-era buildings. Many side streets in Yangon are lined with dilapidated colonial buildings, which I found fascinating to see since it looked like many buildings hadn’t been repaired or repainted since they were first built. I spent a couple of hours just walking down many of these streets, glancing at the locals perching outside shops and flats, who themselves were either people watching or talking to friends and family.

For me personally, walking around Chinatown was a bit overwhelming. It felt chaotic. My senses were being bombarded at all times and from every direction. I was trying to pay attention to the architecture and the scenes taking place, but Yangon is a bustling city, so I had to get into the flow of weaving through – and edging past – the crowds of people. I also had some reservations about the safety of many of the local buses. I saw several whose engines were exposed, with sparks flying out.

The style of the local dress is quite novel as well. Burmese men wear longyi, a sarong-like sheet of cloth, worn around the waist, running to the feet. Most men normally wear a smart shirt as well, which makes the look pretty unique. The appearance of Burmese women also stands out, but not because of how they dress, but because of what’s painted on their faces. They wear thanaka, a yellowish-white cosmetic paste made from ground bark, which has been used by Burmese women for over 2,000 years.

The taxi driver who took me from the airport to downtown said that other than being used for aesthetic reasons, it is also used for protection from sunburn. It is used to a lesser extent by men and boys as well. On the other hand, a behaviour which I saw among men and boys, but not women and girls, is that friends will put their arms around each other’s shoulders, an unusual sight for a Westerner like myself. An activity that is shared among both genders, however, is the chewing of betel leaf (a natural stimulant), so if you visit Myanmar, don’t be alarmed if you see people smiling with red teeth, or if you see red splattered on the ground (at first I thought it was blood).

I don’t know if there was some sort of religious or cultural celebration going on, but as I left my hostel for the day I stumbled onto a decorated truck with people on it playing traditional instruments, as well as a speaker to amplify the voice of a man who was singing. In front of the vehicle were children and teenagers performing a traditional dance. Maybe this is a daily occurrence, who knows; but it was a random sight in Chinatown nonetheless. As I arrived back to the street where my hostel was, it was packed with crowds of people waving about giant sticks of incense as some parade made its way through. (I have since found photos of this sort of parade, also illustrating the traditional clothing that people were wearing, but I still can’t find out what the parade is for exactly.)

Yangon seemed to be a city of contrasts. You have the Burmese culture contrasting with the influences of the strong Indian population (this means a lot of excellent Indian food). You have the noise, traffic, and chaos contrasting with the simple and calm activity of monks in maroon coloured robes collecting their daily alms. And this religious activity had in no way become a tourist attraction like it has – so I hear – in Luang Prabang in Laos, with tourists disrespecting the tradition by photographing the monks as if they were zoo animals. Some of the monks themselves also gave me an impression of contrast as well; some had tattoos, and I saw many with smartphones.

For the first time, I also saw female monks or bhikkunis, who like their male counterparts shave their heads, but who unlike them, wear light pink robes instead of maroon ones. I also came across a special sight at the famous Shwedagon Padoga (possibly the oldest Buddhist stupa in the world and the most important pagoda in all of Myanmar). I arrived for sunset and as the day turned to night, I encountered a group of young female monks – probably no older than 13 – who were sat down facing the pagoda and chanting in unison. The sound of the chanting was very different from the deeper and more guttural chanting of the male monks (bhikkus) I had heard before.

The Shwedagon Pagoda is an impressive sight in the day time, at sunset, and at night, but if you plan on visiting, arriving just before sunset is ideal, as you can appreciate the unique atmosphere of each time in the day, as well as the changing hues of the golden pagoda. In the evening, the pagoda is brilliantly illuminated by floodlights.