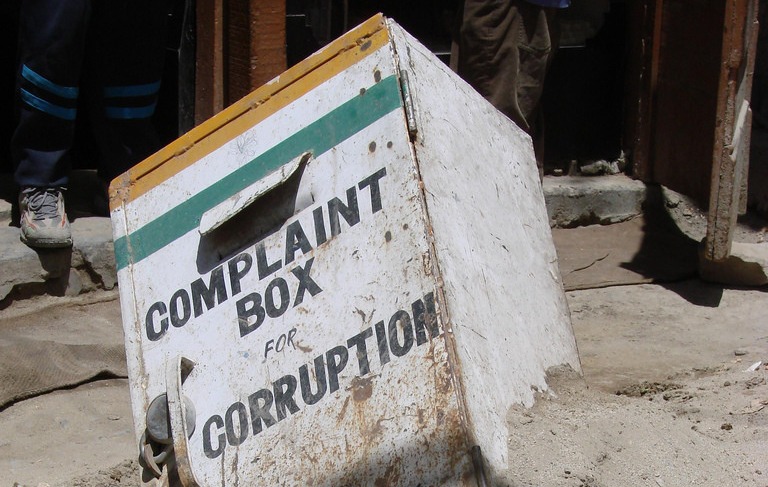 While many do not view the UK as being a corrupt country, corruption still operates in some key sectors and institutions. So how exactly do these sectors and institutions fall prey to corruption? One of the manifold causes of corruption is the influence of organised criminals. We now know that organised criminals have targeted and successfully manipulated the UK Border Agency and the police. A report last year by the Home Office estimated that organised fraud has so far cost this country £8.9bn, while organised immigration crimes have cost us £1bn. These criminals have also exploited social housing in order to facilitate drug trafficking or prostitution, and if not that, to house illegal immigrants who engage in such activities.

Corruption also manifests itself in the employment of illegal immigrants, who are often paid below the national minimum wage (NMW). Many regard this as the single biggest threat to fair competition in the construction industry – it is a kind of corruption which is not only unfair to the illegal immigrants in question (who are underpaid), it is unfair to British construction workers who are unable to find or maintain a job.

To add to the continuing dismay of those disillusioned with British politics, political parties also display examples of corruption. Although certain legislation does exist to increase transparency about political party funding, the UK is still one of the few modernised countries that do not have a limit on donations that can be made to political parties. There is a high dependence on very large individual donations, which increases the likelihood of political corruption and it makes the public feel very uneasy about how donors may influence politicians to suit their own interests, rather than the public’s interests.

In a national opinion survey carried out last year by Transparency International UK, the anti-corruption organisation, people also voiced their concerns about corruption in British politics. 67% of respondents said that political parties are affected by corruption, while 90% of respondents believed that the UK government is run by a few big entities acting in their own interest. No wonder so many people are fed up with the main political parties and are deciding to side with UKIP. However, given the recent discovery that UKIP leader Nigel Farage failed to declare £200k in donations, it seems that none of the political parties is immune to corruption.

A UK prison is the perfect environment for corruptive influences: they are enclosed, they are full of organised criminals and they suffer from a lack of training and support to prison officers (whose training can consist of a 1 hour DVD). Moreover, anti-corruption prevention is extremely difficult: the budget of the corruption prevention unit has been cut, staff have been reduced and the Chief Executive has retired without being replaced. In UK prisons, prisoners can still access mobile phones and many prisoners will collude with corrupt staff (a leaked 2006 leaked Metropolitan investigation found that there were 1,000 corrupt prison officers currently working). This allows some inmates to continue criminal activities while still serving their sentence.

Corruption is pervasive in sport as well, which is somewhat unsurprising given that sport is closely connected with gambling. In recent years there have been cases of match-fixing in snooker, spot-fixing in cricket, cheating in rugby and scandals in horse racing and FIFA. Corruption also manifests in sport in the form of bribery and vote rigging. Links between high profile Premiership footballers and organised criminals has been well documented.

To answer the question, then: Does the UK have a corruption problem? The answer is a definite yes. While the UK does not suffer from corruption to the same extent as less modernised and less democratic countries, existing policies and regulations still do not adequately protect many of our sectors and institutions from corruptive influences.