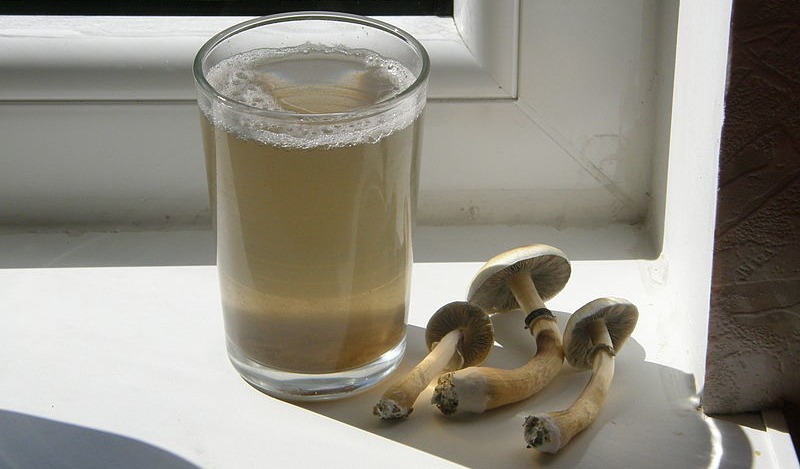 Dr Robin Carhart-Harris is a neuropsychopharmacologist (or a ‘scientist’ if you want to be more general) who works at Imperial College London. In the past, he worked under David Nutt, the former chairman of the Advisory Council on the Misuse of Drugs. Nutt was fired for being a bit nutty (in the eyes of the government anyway) by claiming that ecstasy and magic mushrooms were less harmful than horse riding and alcohol. To anyone who watched the two-part programme Drugs Live on Channel 4, Carhart-Harris was one of the scientists involved in administering MDMA, in a clinical setting, to a priest and Keith Allen. The programme helped to promote the evidence that MDMA could be useful in helping PTSD sufferers face their trauma with an anxiety-free attitude, eventually being able to overcome it.

In the near future, Carhart-Harris will be carrying out two new exciting experimental studies. One is with psilocybin, the psychoactive ingredient in magic mushrooms; the second is on LSD. Both will make use of brain imaging techniques. The LSD study will be ground-breaking because we will be able to see which different brain regions are affected by the influence of the drug, where blood flow and activity is most prominent, for example.

Carhart-Harris has said that he first became interested in psychedelic therapy and transpersonal psychology after having read Stan Grof’s Realms of the Human Unconscious (1975). Grof’s work detailed his human experiments in LSD sessions and how his research related to the human unconscious, the processes in our minds that happen beneath our conscious awareness. Grof also found that LSD could induce experiences which feature archetypes (in Jungian terms, these are universal human symbols, such as ‘the wise old man’), a dissolution of the ego and a deeper sense of connection to others and the universe.

Carhart-Harris is in many ways following in the footsteps of Grof. He wants to first of all study psychedelics as a way to gain a better understanding of the mind. Carhart-Harris’ previous studies with psilocybin, for example, along with Professor Nutt’s, has shown that this chemical actually reduces the blood flow between communication centres in the brain. This seems to go against the idea that psychedelics generate more activity in the brain. Furthermore, it was found that the most intense and more mystical experiences with the chemical were due to a greater reduction in blood flow in certain areas of the brain.

This experimental evidence seems to vindicate Aldous Huxley’s hypothesis in The Doors of Perception (1954) that the mind acts a reducing valve, which works to limit the amount of information which can be accessed by our conscious mind. The mind probably does this so that it’s no overloaded with information, especially information which is irrelevant when it comes to our biological survival and reproduction. Our waking consciousness needs to be narrow enough so that it can focus on everyday needs. What drugs like LSD and magic mushrooms appear to do is inhibit the brain regions (such as the medial prefrontal cortex) which reduce the amount of information reaching our awareness. Therefore, the reason that psychedelic effects take place is that these drugs can inhibit the brain’s natural ‘filtering’ mechanism.

The psilocybin research has yielded some important insights into how the mind works. For example, the medial prefrontal cortex is known to be over-active in patients suffering from depression, so if psychedelic drugs can dampen the activity in this brain region, then it could potentially give these patients long-lasting relief; if they are able to integrate the experience. Psychedelic research definitely seems then to reveal a lot about how the mind works and gives us a basis for using these drugs in a practical and beneficial way. Many other studies suggest that psychedelic drugs could be helpful in treating clustering headaches (psilocybin) and addiction. In the case of addiction, LSD has proved to be useful, but in more serious cases of heroin addiction, the plant iboga has proved to be very effective. After a session with this psychedelic plant, heroin users do not gradually come off heroin, they stop immediately. Ayahuasca retreats are now becoming more common among Westerners who are seeking to use this medicinal brew from the Amazon to increase their mental well-being.

With more psychedelic research therapy being carried out, especially since organisations like MAPS (Multidisciplinary Association for Psychedelic Studies) are receiving more funding, it will be interesting to see if psychedelic therapy gains momentum. It could be the case that in the future a patient will not have to visit a psychotherapist for years, with little signs of progress. Instead, they might go through a few sessions with a certain psychedelic drug (depending on the illness) and make just as much progress, if not completely recover. Some research with MDMA and LSD has involved patients being in a comfortable room, with calming music, whilst being guided by a therapist close by. This could be the future of therapy.