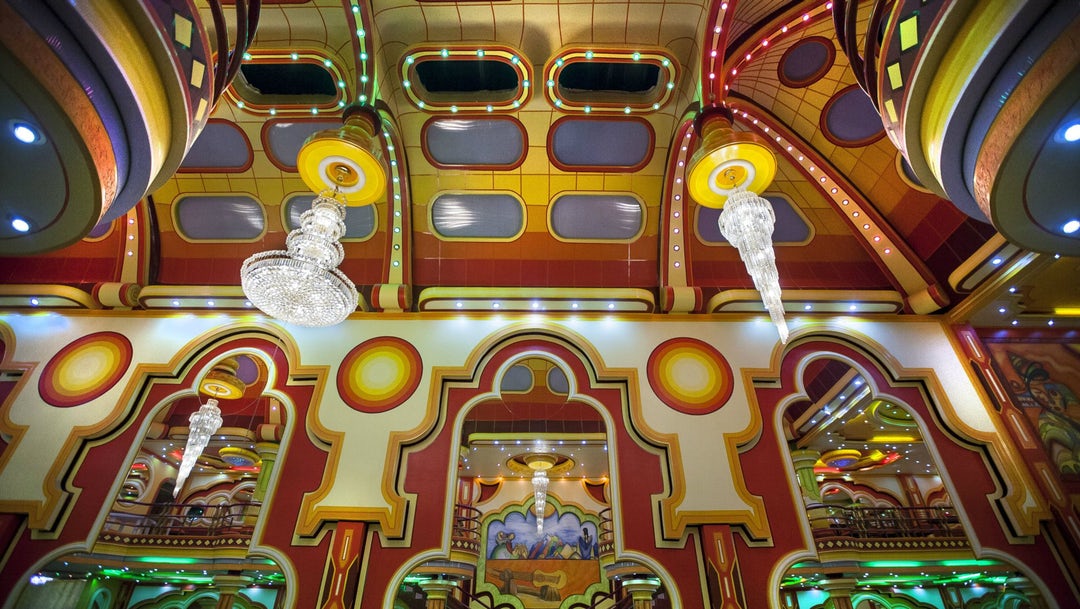 Freddy Mamani is a Bolivian architect who has designed an array of colourful mansions, known as ‘cholets’, which you can find in the world’s highest city, El Alto, in Bolivia. He has created what has been described as ‘New Andean’ or ‘neo-Andean’ architecture, a unique blend of traditional Andean designs and modern influences, including science fiction (the Transformer movies in particular). Mamani says his “designs are a modern expression of our culture”. And the culture he is referring to comes from the indigenous Aymara community of Bolivia, of which Mamani is a member. This neo-Andean architecture draws inspiration from the traditional patterned cloth made by the Aymara people.

Yuri Segalerba, who travelled to El Alto to photograph the vibrant, striking cholets, said that these buildings were symbols of “a renewed sense of indigenous pride”. The ingenious admixture of modern architecture with Aymara designs has resulted in a form of architecture that looks alien, futuristic, and psychedelic. The interiors are said to resemble ‘pinball machines’. Interestingly, many users of the potent psychedelic compound DMT agree that the interior of Mamani’s buildings bear an uncanny resemblance to the architecture of the DMT realm, with the colour scheme and patterns appearing distinctly familiar. Indeed, these building interiors look like a trippy, alien Las Vegas casino or a merry-go-round type environment, a space that many DMT users have reported visiting. Mamani’s architecture also resembles a jewelled, candy-coloured Willy Wonka factory, which for many is reminiscent of the DMT realm.

According to Mamani, the geometric frieze patterns featured in his architecture are influenced by motifs found in Tiwanaku, an important archaeological site of the pre-Inca civilisation, located near El Alto. Interestingly, in 2019, a 1000-year old shaman’s pouch was discovered, belonging to the Tiwanaku civilisation. And this pouch was found to contain a collection of psychoactive substances, including DMT and harmine (which can be combined together to create a psychedelic brew like ayahuasca or made into a snuff), as well as psilocin (one of the main active ingredients in ‘magic mushrooms’). Researchers who published a paper on this landmark discovery said: “The use of psychoactive substances by ancient Tiwanaku may have been connected to a complex religious tradition with deep roots in earlier Andean and Amazonian cultures.” And as we know, psychedelics have had a great influence on distinct motifs and designs.

It is possible, then, that the geometric designs used in Mamani’s architecture are psychedelic in origin, specifically inspired by a DMT-containing brew or snuff. With such DMT-esque patterns made neon, brightly coloured, and embedded in a casino-like environment, people are finding that his architecture resonates deeply with their own DMT experiences. Another reason why Mamani’s architecture seems DMT-esque may be because the Aymara community has a tradition of ayahuasca shamanism, so it may be that such indigenous ayahuasca use influenced Aymara textiles, in the same way that the woven cloth of the Shipibo people is inspired by the distinctive geometric patterns seen during an ayahuasca experience. It may also be somewhat coincidental that Mamani’s architecture bears a resemblance to DMT hyperspace, as appears to be the case with the Castle of Sammezzano in Italy. Regardless of the actual connection between Freddy Mamani’s architecture and DMT, his buildings remain distinctly psychedelic and impressively inventive. Here are some examples of Mamani’s imaginative designs. 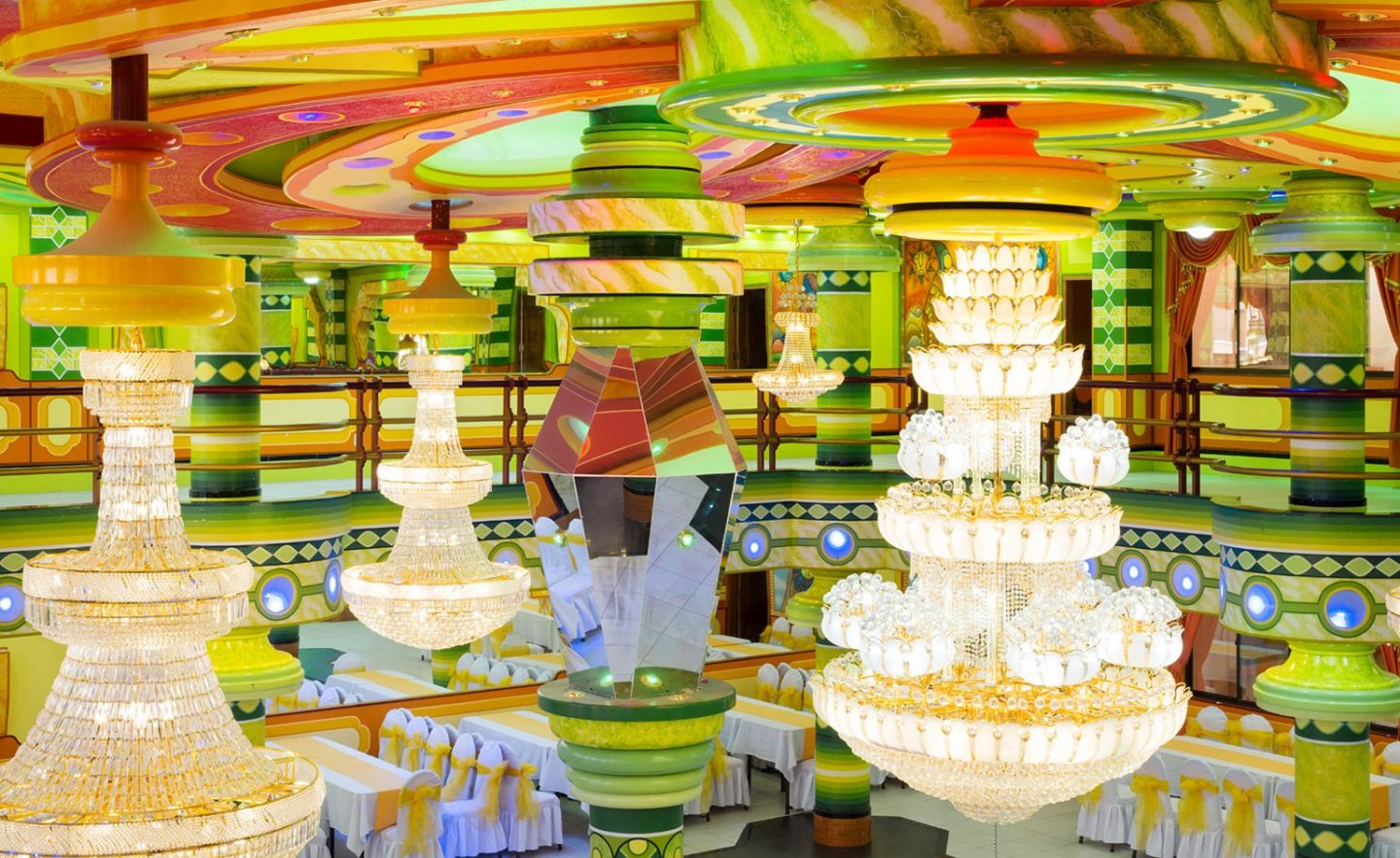 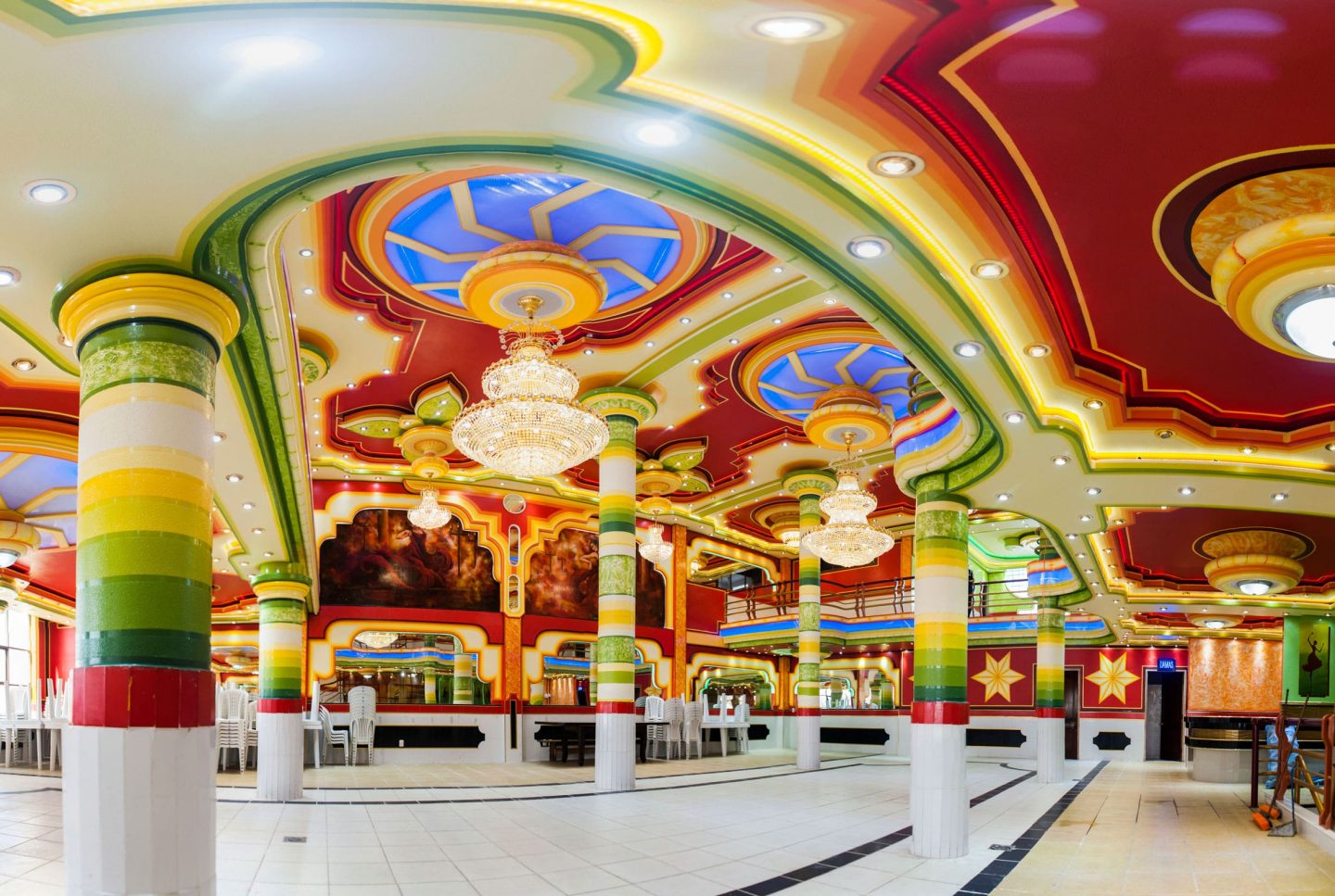 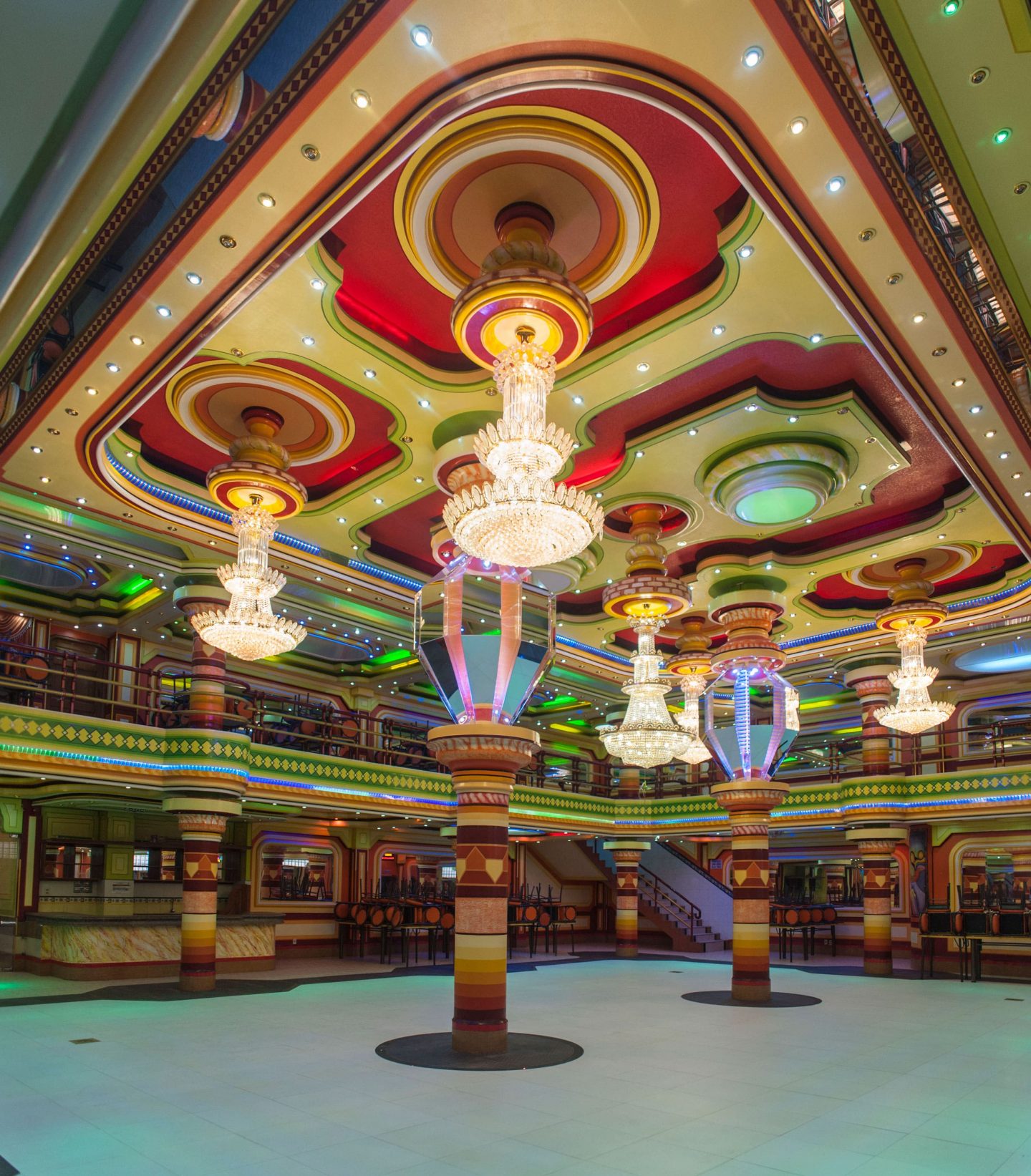 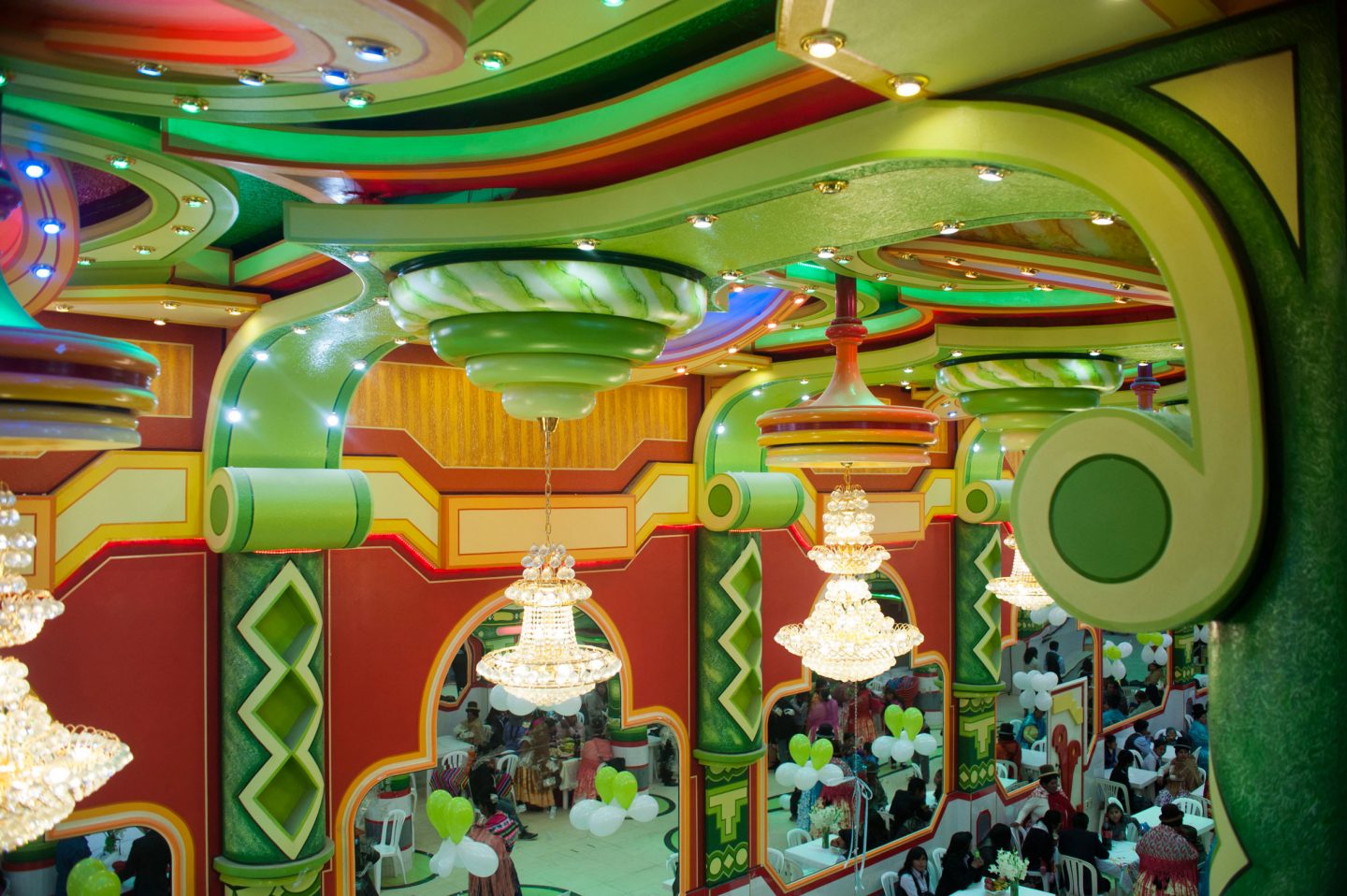 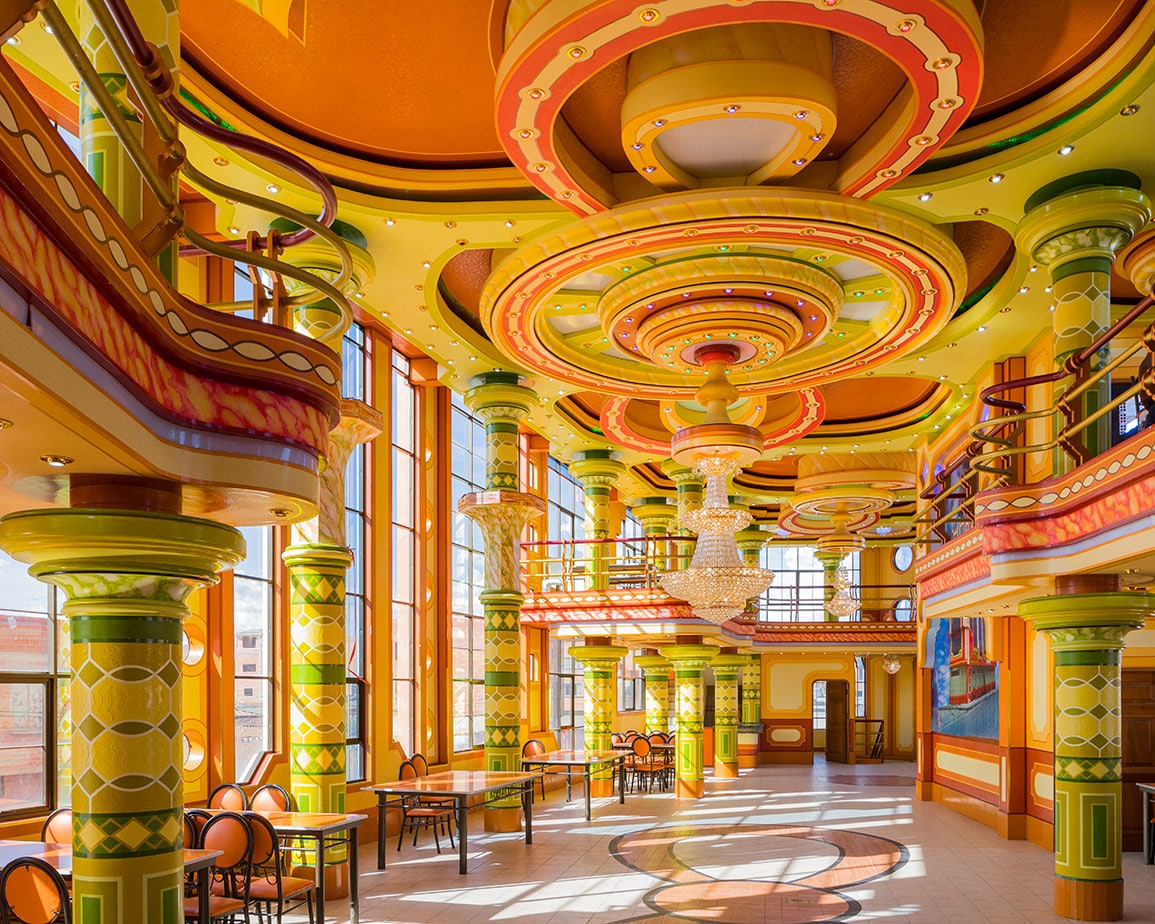 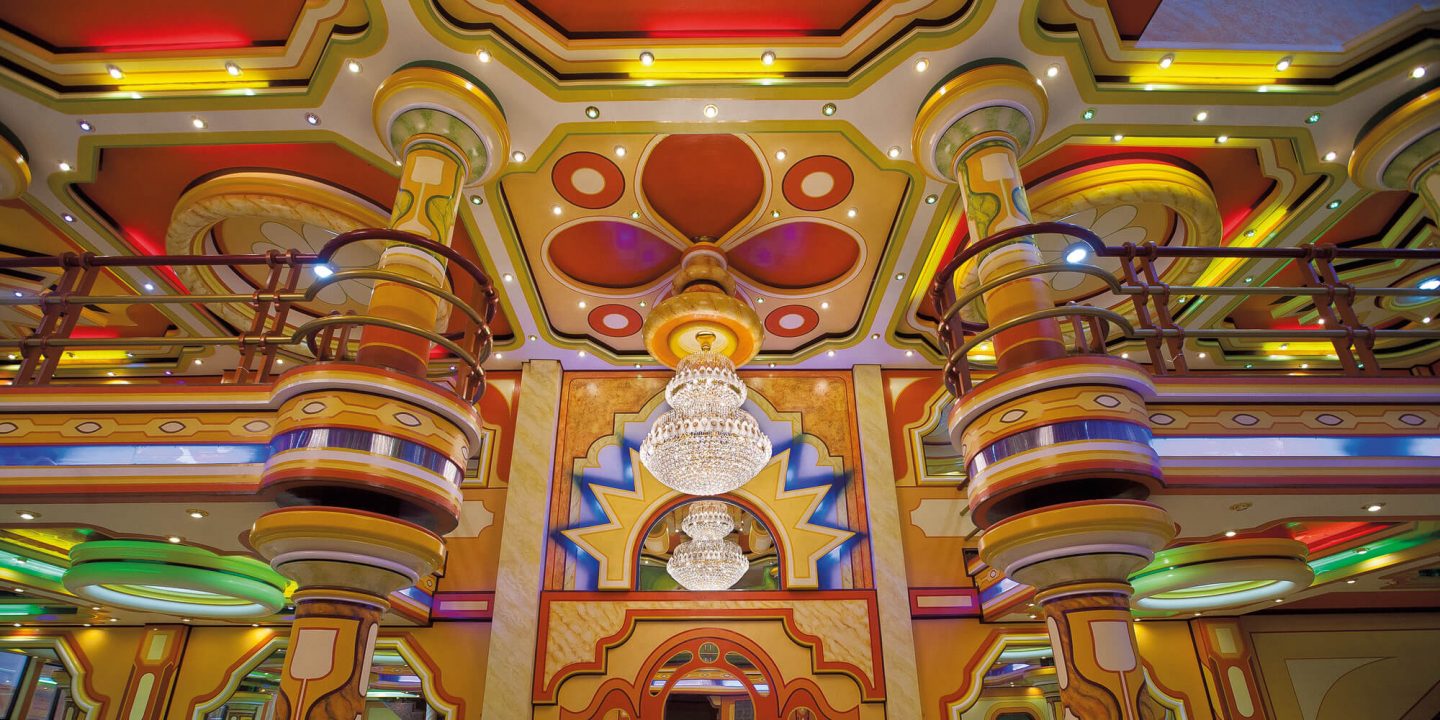 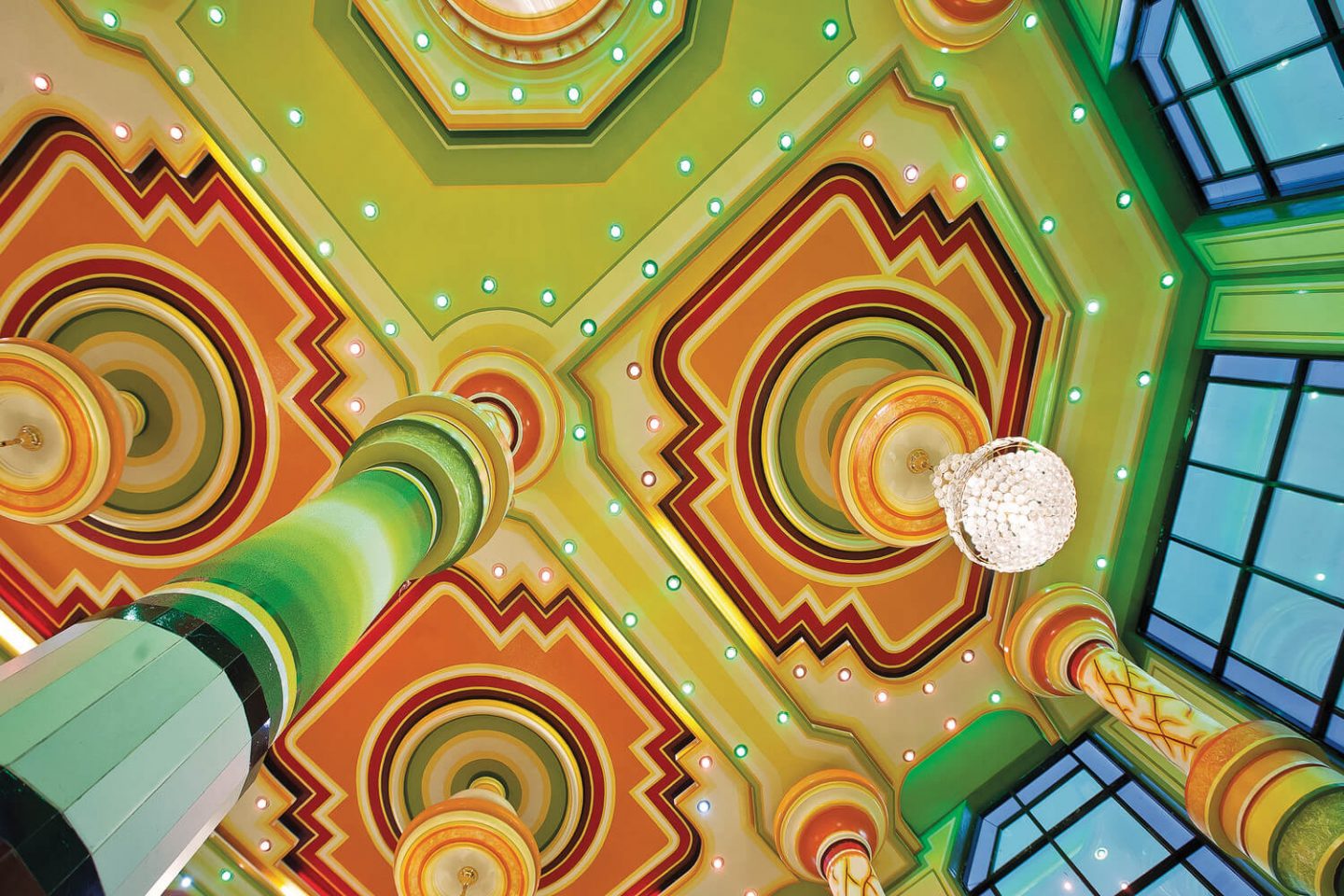 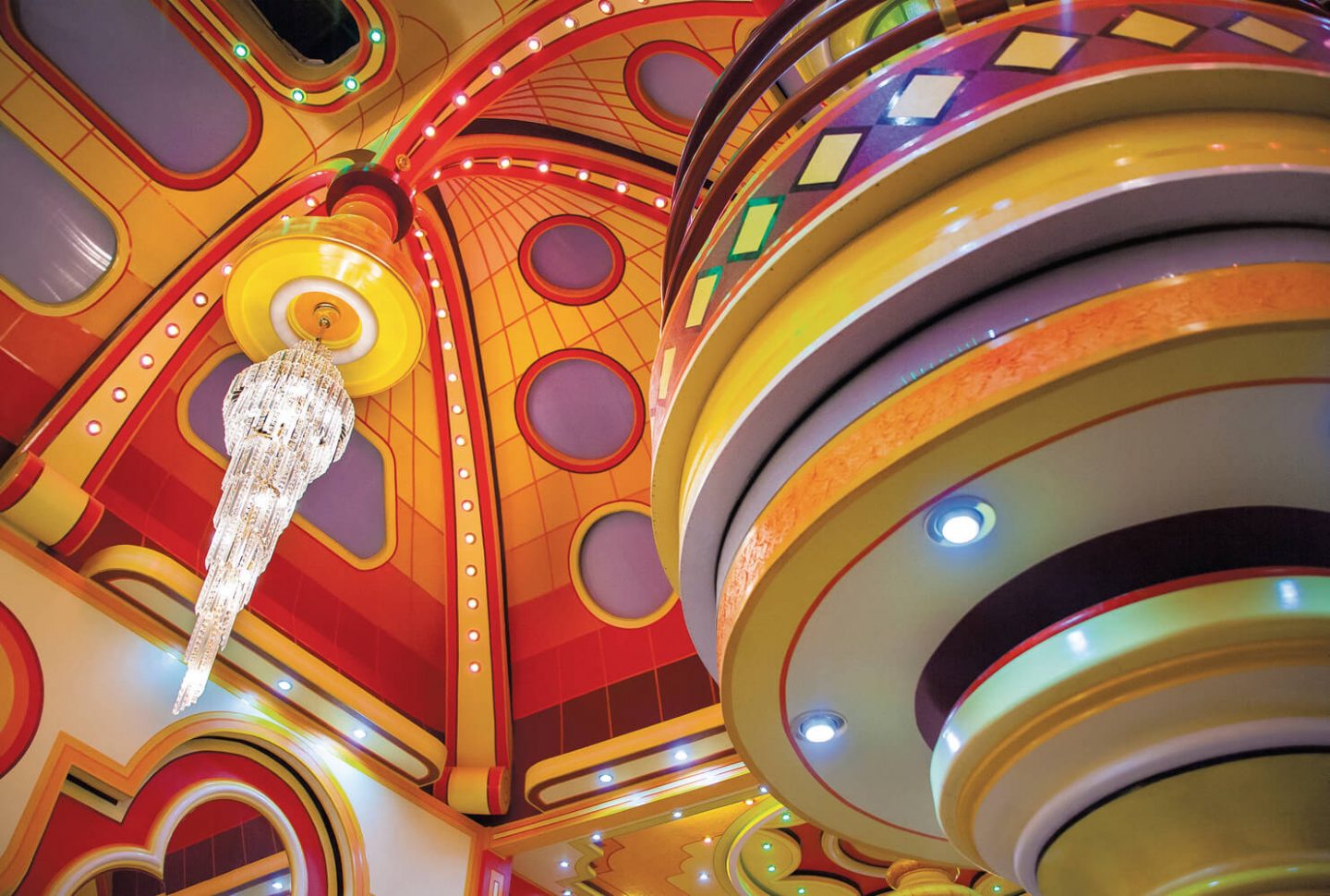