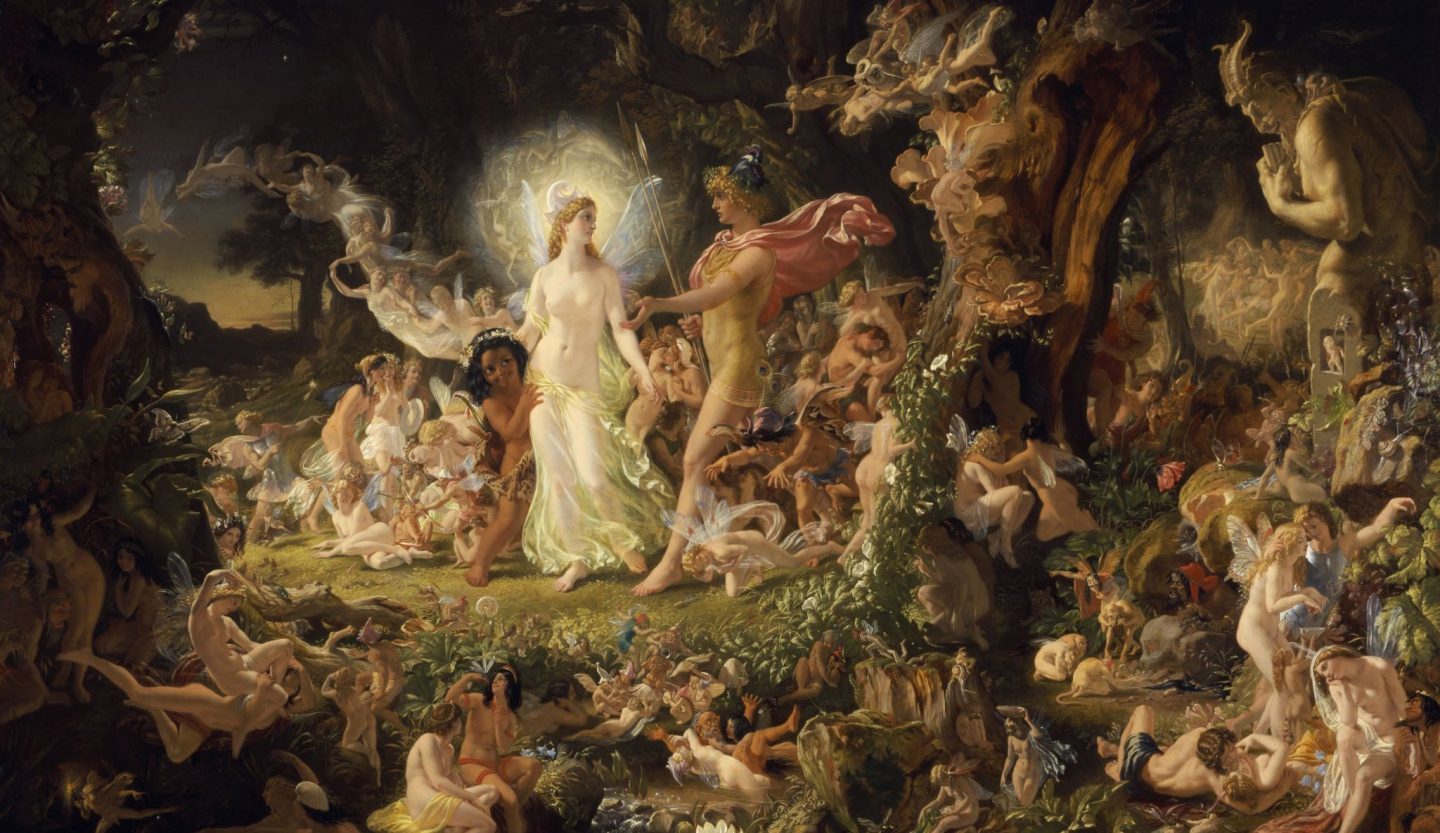 Elves, aliens, imps, pixies, faeries, angels, demons, gods, goddesses, and ‘spirits’. These are all entities that have featured heavily in human culture. The earliest description of elves can be found in Norse mythology, Skaldic poetry, Norse legends and the Poetic Edda, a collection of Old Norse poems. Elves are also common in Germanic and Scandinavian mythology. European folklore has it that these supernatural elfin creatures were responsible for playing tricks on people – in Anglo-Saxon England, they were seen as responsible for causing nightmares, hiccups and an array of medical problems. They have magical skills and can either help or harm people, depending on their mood.

Faeries are similar to elves but instead are found mostly in English folklore. There is some debate as to how ancient the concept of an ‘extra-terrestrial’ is (some point to cave art which apparently depicts ‘aliens’), however, it is clear that extra-terrestrials are still an obsession of the human race. Angels, demons, gods, goddesses and ‘spirits’ span the mythologies of cultures from all over the world. We can find all kinds of gods and goddesses in the myths of ancient Sumer, ancient Egypt and ancient India. The earliest recorded descriptions of gods are of An and Enki, both gods of ancient Sumerian mythology, dating to the third millennium BC. That said, since there is evidence of shamanism and religion existing much earlier than this, it would not be surprising if our more ancient ancestors had gods and goddesses as well.

All of these entities seem to be very anthropomorphic and humanoid. They are often humans with miniature or exaggerated features (i.e. long and large stature, many arms, big eyes) or have features from the rest of the animal kingdom (wings especially). All of them have personality traits and are concerned (either benevolently or maliciously) with the human race. These supernatural entities are prevalent in all cultures – jinns or ‘genies’, for example, are spiritual creatures mentioned in the Koran who inhabit and hide in an invisible world. Entities of all kinds have been believed to be objectively real and this initiated responses such as reverence, fear, ecstasy, worship and other forms of ritualistic behaviour. But the puzzling question is, why are these entities so common? Is their prevalence a sign of their real existence or do they point to some basic fact about human psychology? I would argue that it is the latter, but even so, this does not take any of the mystery away.

What is interesting is that many people who have had experiences with the intense psychedelic drug, di methyl-tryptamine (DMT), have had direct contact with these kinds of entities. Terence McKenna, the philosopher and psychonaut, often described the entities he visited in the DMT experience as being like “self-transforming machine elves”. Clifford Pickover also mentions the “machine elves” of the DMT world in his book, Sex, Drugs, Einstein and Elves. In Rick Strassman’s book, DMT: The Spirit Molecule, subjects who are injected intravenously with DMT report coming into contact with entities, described as “aliens”, “helpful beings”, and a “race of beings from another planet”. The entities would often communicate with the subjects in a telepathic way, attempting to show them something or teach them something important.

Other accounts of the DMT experience (just search through forums such as Bluelight, Erowid, DMT nexus, Shroomery etc.) also reveal people reporting visions of angels, elves, spirits and goddesses. Many say that the entity (or entities) they contact or communicate with are distinctly female and can be likened to a Hindu goddess. Graham Hancock, the author of Supernatural, says that ayahuasca (an orally active DMT-containing brew) is referred to as ‘mother ayahuasca’ because the entity met in ayahuasca sessions tends to be feminine, and can offer profound moral, spiritual and personal lessons.

The shamans of the Amazon basin who have used ayahuasca for millennia believe that the ‘spirits’ they contact have their own independent existence. Terence McKenna also entertained the possibility that the “self-transforming machine elves” exist in an extra-dimensional world and we can only visit them with DMT and high doses of magic mushrooms. He argued that these entities could be extra-terrestrials themselves; they are hyper-advanced aliens which visit us through psychedelic experiences, and not on some spaceship. They seem to have their own autonomy, intelligence and intentions towards the person in contact with them.

The problem here is McKenna erroneously draws the conclusion that if an experience seems real, then it must be real. Hallucinations, after all, are by definition experiences which seem real, but which do not have any basis in reality. It seems far more likely that visions of elves, angels, aliens, and so on, are a sign of an intense hallucination, as opposed to a revelation of their existence. For example, when the person comes out of the experience, where then do the entities go? If they retreat back into their invisible, extra-dimensional world, then how can we possibly detect them and scientifically test their existence? We can’t. We will just have to accept people’s subjective reports. Unfortunately, subjective reports do not count as concrete evidence in the scientific community.

The fact that supernatural entities are found in myth and folklore around the world indicates some deep, human urge to express them. The experience of entities in altered states seems to also confirm that these entities are rooted in human psychology, as opposed to being rooted in observable reality. In Jungian psychology, the collective unconscious is part of the unconscious mind. In his book, The Archetypes and the Collective Unconscious, Jung writes:

there exists a second psychic system of a collective, universal, and impersonal nature which is identical in all individuals. This collective unconscious does not develop individually but is inherited. It consists of pre-existent forms, the archetypes, which can only become conscious secondarily and which give definite form to certain psychic contents.

These ‘archetypes’ are universal images. In the collective unconscious, they are autonomous and hidden, but once they enter into consciousness they are transformed and then given a particular expression which depends on the individual and the culture they belong to. Since they are unconscious, we can only know about their existence indirectly, through the ways in which they are expressed: through art, images, myths, religions, dreams, and (although Jung never commented on this) through psychedelic experiences. Jung described many archetypal figures which are found across many cultures, including the mother, the father, the child, the trickster, god, the wise old man, the wise old woman, and the shadow (the dark and primitive aspect of our unconscious mind).

I believe that these supernatural entities are projections of the unconscious mind or expressions of archetypes. For example, the elf could be the expression of the ‘trickster’ archetype and demons, devils, monsters and other evil ‘spirits’ could be expressions of the ‘shadow’ archetype. This conclusion makes sense, given that the archetypes are described as being autonomous and hidden (just as these entities are) and it would explain how varied the entities are (their variation depends on the different ways archetypes can be transformed once filtered through the individual and their culture). This does not take away the mystery, meaning and importance that is associated with the DMT experience. In Jungian terms, the experience can be seen as an intense and rapid confrontation with one’s unconscious mind.