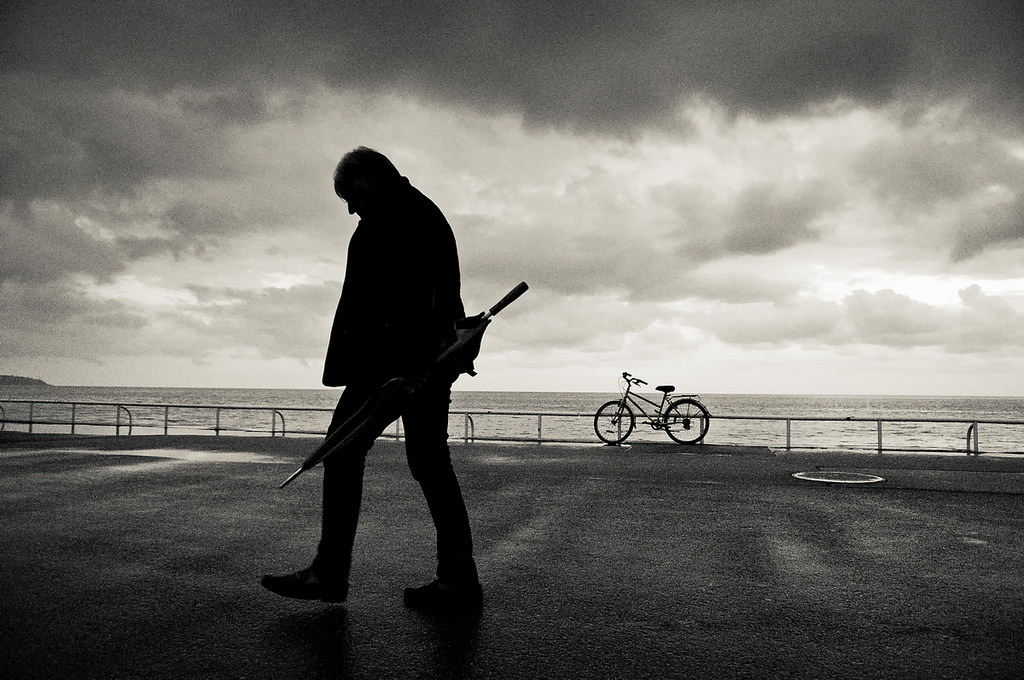 Britain has been voted the loneliness capital of Europe, with those living in big cities feeling the most isolated. London is a bustling and exciting place to live, with opportunities to meet all kinds of people. And that’s true. But at the same time, it can be a very lonely city to live in. Londoners don’t know their neighbours, don’t feel a sense of community where they live, and actually find it quite difficult to make new friends. It’s a city where you can be surrounded by people, but still feel desperately alone.

Journalist Craille Maguire Gillies at The Guardian underscores that cities with high rates of renting have greater transience, leading to lower community engagement. This may explain why London is particularly lonely – after all, 60% of residents are expected to be renters by 2025.

The Dangers of Isolation

Loneliness isn’t just a bit of a drag that you should put up with. It can have a serious impact on both your physical and mental health. Social isolation can increase mortality risk by 29% (which makes it worse for you than obesity); while on the emotional side of things, loneliness can increase the risk of depression. The resulting depression can be self-defeating since it encourages social withdrawal, which only serves to exacerbate loneliness. It’s a very vicious cycle to get caught up in.

In response to the UK’s epidemic of loneliness, the British Red Cross launched services to provide support for those who feel isolated. It seems strange that volunteers are needed to help people feel less lonely, when these same people may live next to, and see people, every day. Indeed, this speaks volumes about the conflict between human nature and the condition of living in modern cities.

We know that loneliness is a huge problem in the UK and that its toll on our physical health and mental well-being can be severe – even life-threatening. What hasn’t been discussed so much in the reporting of this issue, however, is why the UK is a particularly lonely country to live in.

Loneliness is a common experience for the elderly. Yet in the UK, the problem is extremely prevalent, with three-quarters of older people saying that they feel lonely. Respondents highlighted that triggers for loneliness included bereavement, retirement and children leaving home, with other factors playing a part, such as living alone or far from family. But young people can also struggle with isolation, especially when moving away from home. In fact, a study published in 2014 found that 18- to 24-year-olds were four times as likely to say they felt lonely all the time than those aged 70 and over.

Research shows that frequent use of social media is associated with increased feelings of social isolation. Findings show that those of us who visit social media sites over 58 times a week are three times more likely to feel socially isolated than those who use the sites under nine times a week.

One of the reasons the UK suffers from so much loneliness may be because so many of us have social media, and use it so often. The UK has more active social media accounts than any other country in Europe, and we spend an average of 1 hour 48 minutes on these sites every day (with Italy just ahead of us, averaging 2 hours of daily use). Brits are also checking their social media accounts on their phone more than anyone else in Europe. This may not only increase feelings of loneliness but may diminish real life, face-to-face interactions as well. Moreover, since young people are the demographic who use social media the most, this may explain why young people in the UK may actually feel lonely more often than the elderly.

What is less clear is why us Brits are using social media more than our other European counterparts. Could the reason be cultural? Are we more inclined to opt for communication on social media because of a collective tendency to be reserved and repressed?

British people are stereotyped as having a stiff upper lip, of feeling awkward and uncomfortable about expressing emotions, and so preferring to keep them bottled up. It is simplistic to make generalisations about certain cultures. Nonetheless, cultures are still demarcated and distinguished by their unique and broad characteristics and attitudes.

We can say quite confidently that British people tend to be more reserved than their American counterparts. Prince Harry and Prince William may be helping to challenge the dangers of emotional restraint, but this doesn’t mean the British stiff upper lip has disappeared just yet.

A survey has found that 8 million British men feel lonely at least once a week, with 10% saying they prefer to keep it hidden. The stiff upper lip is not just stereotypically British; it has also been normalised as a masculine trait. Men feel especially inclined to keep silent about their mental health and feel a unique kind of embarrassment, shame and awkwardness about speaking up. Emotional hardship and the desire to seek help for that hardship may be experienced as emasculating; and so it becomes something to be pushed down – untreated, festering and painful. There’s nothing healthy about a stiff upper lip. It’s killing men.

Being both British and a man can, therefore, be quite an isolating experience. As pointed out before, the mental health outcomes associated with loneliness (e.g. depression) can compound the problem of loneliness.

The British way of drinking is also telling. When you live in a culture in which pre-drinking and binge drinking is the norm, it may not seem like a cause for concern. But besides all of the ways in which we damage ourselves physically with our drinking habits, we may also be becoming lonelier as a result. We may drink heavily because we feel isolated and find it difficult to connect with others, but then when our social bonds become formed and centred around this state of mind, to be sober (or merely less drunk) can feel uncomfortable; so we rely on the inhibiting and socially lubricating effects of alcohol to avoid this feeling. And so a seemingly unbreakable cycle gets set in motion, starting early and then unquestionably maintained.

Binge drinking may just appear as an idiosyncratic trait – a uniquely if embarrassingly, British way to have fun. However, it perhaps has a much darker underbelly to it that we’d rather not address on an individual and collective level. Psychiatrist Kamran Ahmed speculates that high rates of binge-drinking in the UK may reflect the high prevalence of social anxiety (it is estimated that 12% of the population suffer from this condition). Brits also use drugs more than in any other European country. This is not to imply that alcohol and drug use in itself reflects a feeling of dissatisfaction that people are trying to self-medicate or numb. Nonetheless, since the UK has the highest number people in treatment for substance abuse in Europe, this tells us that a lot of people are really struggling with their mental health. The way in which many British people drink and use drugs could both be the outcome of – and exacerbate – isolation.

British people are constantly talking about the weather (usually moaning about it). However, the constant grey skies, drizzle and lack of sunlight doesn’t just feel ‘depressing’ – the weather is, in fact, depressing in a much more serious sense.

Seasonal affective disorder (SAD) – a seasonal form of depression – affects 1 in 15 people in the UK. It’s caused by a lack of sunlight, which is particularly pronounced during December, January and February. SAD symptoms are the same criteria you need for a diagnosis of clinical depression, and so include lack of energy, apathy, sleep problems, lack of enjoyment in one’s activities and low mood. Like with unipolar depression, SAD can make you want to withdraw socially (i.e. ‘hibernate for the winter’), which is counter-productive to the amelioration of loneliness.

Of course, SAD afflicts not only the UK but all those countries situated in the higher latitudes of the northern hemisphere. In Sweden, for example, 8% of the population suffers from SAD. Interestingly, however, SAD isn’t actually much of a problem in Iceland, something which has been attributed to the population’s large consumption of fish (fatty fish are particularly good sources of vitamin D). Ensuring an adequate intake of vitamin D, whether it’s through food or a supplement, may, therefore, be necessary for Brits to protect their mental health.

Loneliness is not an inevitable consequence of living in the UK. It’s a problem which can be treated with evidence-based solutions. Furthermore, self-care should be emphasised. We can all reduce our social media use, makes changes to our diet, leave our comfort zone in order to meet other people, and seek help when we need it.