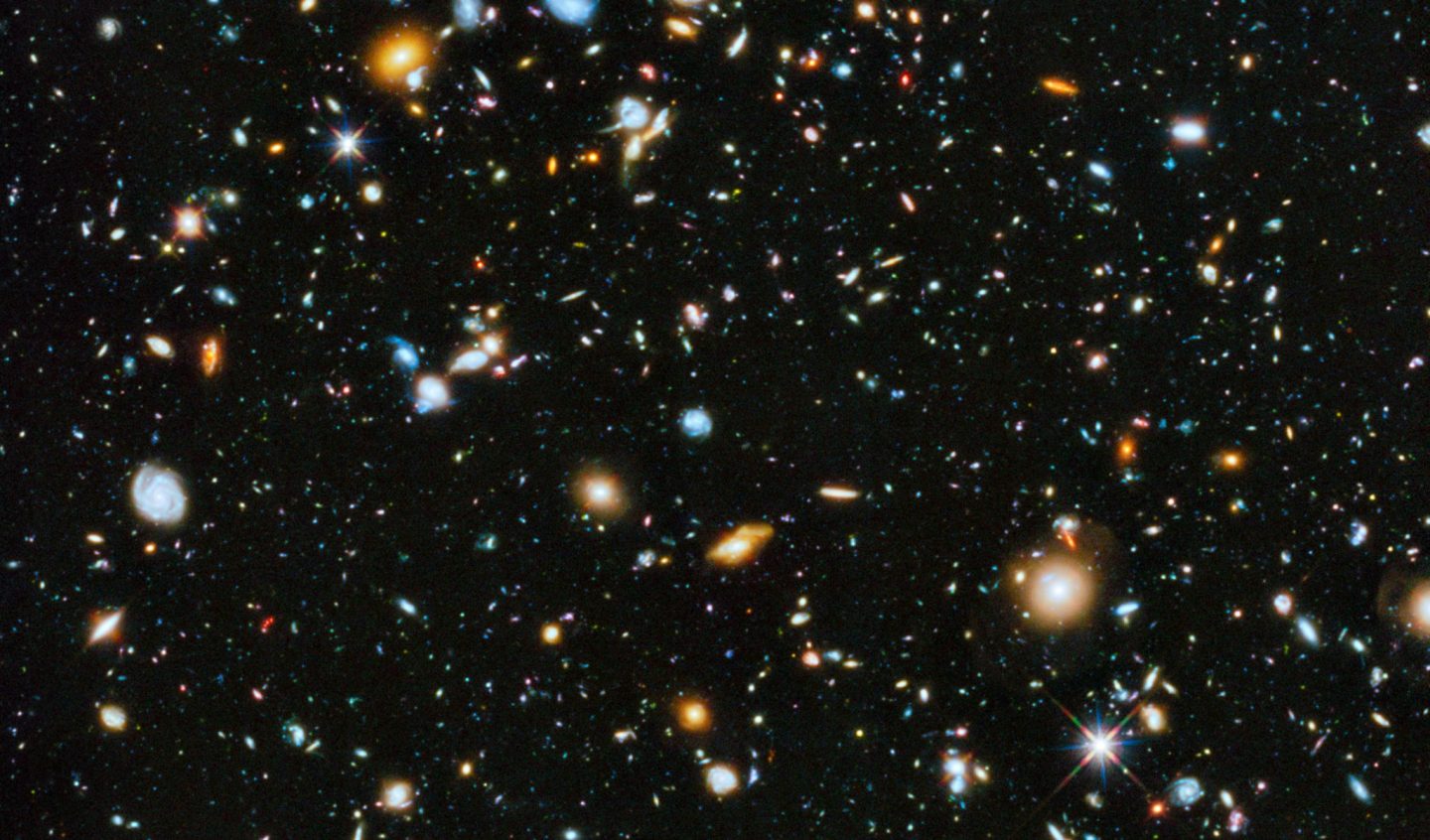 Pantheism is the belief that nature or the universe is identical to God. Unlike theists, pantheists do not believe in a personal god who interacts with people, performs miracles, listens to prayers or judges what we do as being morally right or wrong. Unlike atheists, pantheists do believe in some sort of god. Some people say that pantheism is the complete opposite of atheism since it says that everything is God, whereas atheists believe in no god anywhere.

However, some also argue that pantheism is a close relative of atheism since the pantheist essentially says that the universe is all that there is, but that it makes sense to call the universe God. If the universe and God are identical, then God is not something supernatural, but just a poetic name for something much larger and more mysterious than ourselves. Pantheism is like a spiritual form of atheism – Richard Dawkins calls it “sexed up atheism.”

Although the term pantheism did not exist until the 17th century, the idea of it is much older. Hindu and Taoist philosophy is pantheistic in some ways. In the ancient Hindu text, the Vedas, Brahma (or God) is said to be the basis of the whole universe and also that the whole universe is pervaded by Brahma. Brahma is in minerals, plants, animals and humans equally. Taoism is also similar to the outlook of a pantheist.

In the foundational text, the Tao Te Ching by Lao Tzu, the Tao is referred to as if it was something divine and holy. But the text never refers to a supernatural, transcendent God, but to a mysterious ground or principle underlying all things. The famous Chinese philosopher Zhuangzi said: “Heaven and I were created together, and all things and I are one.” When asked where the Tao was, Zhuangzi replied that “There is nowhere where it is not…There is not a single thing without Tao” – he admitted that it must even be in “excrement”.

The most well-known pantheist is probably the philosopher Baruch Spinoza (1632-77). Spinoza was a Jew who would flee from the Spanish Inquisition to Holland and change his Jewish sounding name to a more Christian one. He later became Benedict Spinoza. If that wasn’t enough of an insult to Spinoza, he was also excommunicated from his synagogue in Amsterdam for his non-orthodox views on religion and God. Spinoza studied Descartes who was a dualist, that is, Descartes believed there are two kinds of substances in the world: mind and matter.

God, for Descartes, would fall into the category of mind, as would human souls. Everything else – minerals, plants, animals – were material and there was nothing divine about them. Spinoza came to reject this dualism and in his book, Ethics said there is only one type of substance and it is called God or Nature. It’s no wonder that Spinoza would later be regarded as a heretic – he was arguing against the Judeo-Christian God which watches us and cares what we do. Spinoza’s God was impersonal. Some say that Spinoza had created a religion of nature in which the adherent expresses respect and awe at nature or the universe, instead of towards a personal god.

Others have argued, however, that although Spinoza did identify God as Nature and said that God is in all things, he did not say we should show religious awe to God. The philosopher Steven Nadler says Spinoza wanted to study God in an objective and rational way – if we start to show religious awe towards God then this would make the study of God more open to error and superstition. Spinoza expresses these views in his work Tractatus Theologico-Politicus, where he criticises organised religion and says we must use our rationality and not rely on claims made in holy books. He also claimed that prophecies, miracles and other supernatural events do not exist; God acts only through the laws of “his own nature” which could stand for the laws of the universe. He rejected the idea that there was any sort of purpose or plan of God or Nature. Max Muller, who studied comparative religion, did notice an obvious similarity between the one substance that Spinoza believed in (God or Nature) and the one substance or principle described as “Brahman” in Hindu texts such as the Upanishads.

Some argue that Albert Einstein was also a pantheist – in that he believed in a god, but definitely not a personal, anthropomorphic one. In his own words: “The idea of a personal God is an anthropological concept which I am unable to take seriously.” Einstein had always said that he was a deeply religious man and this even affected his science. For example, he is known for famously saying: “Science without religion is lame. Religion without science is blind.” Einstein did, however, reject the idea of a god who is concerned about our individual lives, judging us when we die and intervening in the laws of nature he created when he feels like it. He saw this as a very immature concept of God – it was just too human-like to be a true representation of such a being. As Einstein puts it:

I believe in Spinoza’s God who reveals himself in the orderly harmony of what exists, not in a God who concerns himself with the fates and actions of human beings.

Einstein regarded the universe with the same kind of feeling that religious people direct towards the Judeo-Christian God. He was just amazed and awe-struck by the fact that the universe exists, that it is so ordered, and how mysterious it is. He was also struck by how science and reason could give us access to the structure and order of the universe. Because the universe was so ordered and possible to understand Einstein gave it divine qualities and called the universe – or the laws of nature – God.

When Einstein said that “God does not play dice”, he was not referring to a God who created the universe, but to a God which is the universe, which is non-random and can be understood by reason. Einstein would reject quantum mechanics because it was random and so couldn’t be a part of the universe – but if he were alive today he could appreciate the evidence for it and perhaps see quantum interactions as another part of the mystery of God.

Ralph Waldo Emerson (1803-82), a friend of Henry David Thoreau, expressed his pantheistic views in his essay Nature (1836), which puts forward a non-traditional appreciation of nature. In the essay Emerson reinterprets the “divine” as being something large and visible – the divine is all around us he says – in nature. But he also said that living in society means that we are, for the most part, separated from it. As a founder of the transcendentalist movement in America, Emerson believed that society distracts us from what the “spirit” of nature, as he calls it, has to offer. Thoreau would carry on this tradition in his book Walden (1854), where he describes how he lived away from society for two years, in nature and in complete solitude. Emerson referred to nature as the “Universal Being” and he often describes his feelings of religious respect and admiration for the natural world around him.