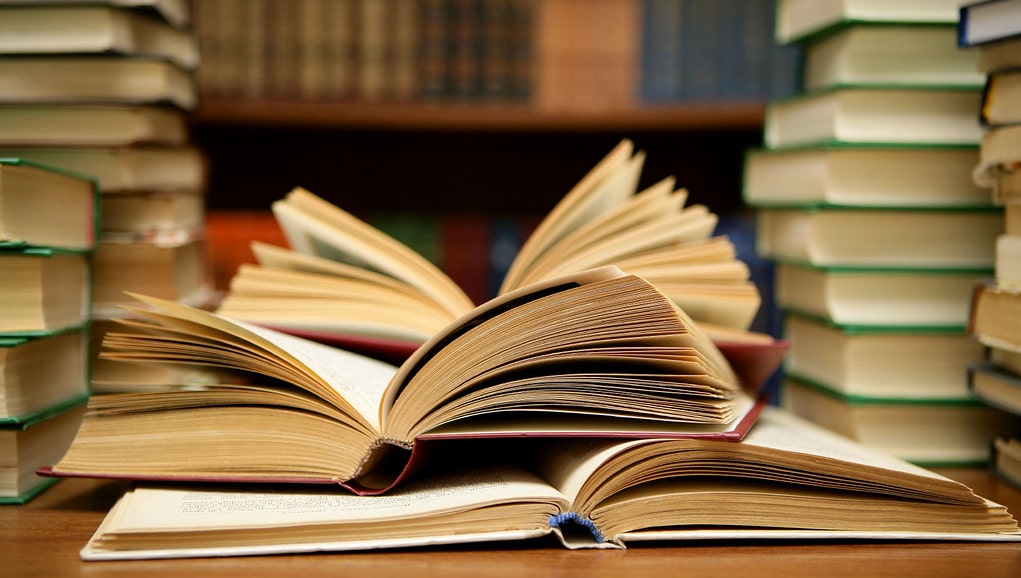 In his highly influential book Capitalist Realism: Is There No Alternative? (2009), the late Mark Fisher expounded the concept of ‘capitalist realism’, which refers to “the widespread sense that not only is capitalism the only viable political and economic system, but also that it is now impossible even to imagine a coherent alternative to it.” He further details the widespread effects of neoliberalism on many disparate realms in contemporary society, including mental health, work, education, and popular culture. Alongside Fisher, other critical theorists have proposed ways in which capitalist ideology has seeped into areas of life that lie outside markets and business transactions. This would include the Israeli sociologist Eva Illouz who famously coined the phrase ‘emotional capitalism’, which stands for the way in which our emotions and the economy are in a reciprocal relationship with each other. Economic relationships are emotional and emotional relationships are economic. In terms of the latter, our close human connections model the spirit of capitalism.

In this essay, I wish to specifically delve into the concept of ‘knowledge capitalism’. This term emerged in the 90s to describe the transition to a so-called ‘knowledge economy’, a concept introduced by Peter Drucker as the title of Chapter 12 in his book The Age of Discontinuity (1969). It refers to an economy whose growth depends on the quantity, quality, and accessibility of knowledge available, rather than the means of production. Information, specialised skills, and intellect become the primary creators of wealth. In this way, knowledge capitalism sees the accumulation and control of knowledge as a source of economic power, inequality, and hierarchy. This also ties into the notion of ‘cultural capital’ elucidated in Cultural Reproduction and Social Reproduction (1977), written by the French sociologists Pierre Bourdieu and Jean-Claude Passeron. Cultural capital denotes the accumulated cultural knowledge and intellectual skills that afford individuals with social status and power, enabling them to achieve social mobility in a stratified society.

The ‘realism’ in ‘capitalist realism’ (inspired by ‘socialist realism’) refers to an ideologically based understanding of the world. It is based on Jacques Lacan’s distinction between the Real and ‘realities’, where the Real is the level of reality that is pre-symbolic, pre-imaginary, and pre-linguistic. It cannot be represented; it is the realm where words fail. We are forever alienated from the Real, from this state of nature, by our entrance into language, although this primordial dimension of experience can sometimes erupt into our lives, such as when we are forced to confront the material nature of our existence. ‘Reality’ as we know it, on the other hand, consists of symbols and the process of signification, and it is in constant tension with the Real. Reality constitutes itself through the suppression of the Real. This is what capitalist realism has achieved, according to Fisher. Moreover, the neoliberal version of reality has become so normal that it affects our lives without us even questioning it. This includes our relationships with one another, and it helps to explain why something about our connections with others often has this individualistic, competitive quality to them, which is a deep source of unhappiness.

In Cold Intimacies: The Making of Emotional Capitalism, Illouz – a professor of sociology at the Hebrew University in Jerusalem – argues that economic models of bargaining, exchange, and equity have increasingly defined our close, intimate relationships. Our feelings in relation to partners, friends, and family members are quantified, measured, and controlled. We look for romantic connections based on the sort of rational, cost-benefit analyses that feature in market transactions. This kind of emotional capitalism, Illouz maintains, conflicts with truly intimate, authentic relationships. The degrading and dehumanising influence of neoliberal ideology also permeates our sense of self, as the German sociologist Ulrich Bröckling posits in The Entrepreneurial Self: Fabricating a New Type of Subject. Just as emotional capitalism creates cold, inauthentic relationships, the same can happen to our subjectivity – and this bears an important relationship to our pursuit of knowledge. The crux of Bröckling’s argument is as follows:

If the thrust of neoliberal government is toward generalising competition, modelling society as a whole on the market, then it will ineluctably come to mould subjectivity on the figure of the entrepreneur.

In his review of the book, Jan Overwijk states:

Bröckling’s observation on the constellation of forces that mould the entrepreneurial subject, then, implies a wider claim on the basic structure of contemporary, neoliberal capitalism. It makes clear that the neoliberal dream of market universalisation does not merely mean the wish to institute markets in all the various spheres of society, for example through the privatisation of the public sector. It also means neoliberalism wishes to universalise the market from the public sphere of work to the private sphere of leisure. For the subject is not just an entrepreneur when he/she is sitting at his/her desk at the office, he/she is an entrepreneur of his/her entire life, “Me Inc”. Seen in this way, universalising the market through the governing technique of subjectification becomes a particularly effective way of inserting ‘human capital’ into the economic system. This technique of subjectification is itself a major component of neoliberalism.

These ideas certainly seem to align with those of Fisher’s. In the context of knowledge capitalism, we find that in various social interactions and situations, we are presenting our entrepreneurial selves, which often means presenting our self-fashioned personal brand (“Me Inc”), consisting of our cultural capital (the three kinds highlighted by Bordieu), intellect, skills, and whatever else we believe to be our marketable, unique selling point. Knowledge capitalism encourages us to accrue not wealth and physical commodities but knowledge. In knowledge capitalism, the winning, high-status players are the know-it-alls, not the have-it-alls. This doesn’t mean the have-it-alls aren’t also high-status and powerful, or that knowledge capitalism has replaced material capitalism – the former is just another permutation of neoliberal ideology, existing alongside and reinforcing the latter.

Without even realising it, knowledge capitalism motivates us to leverage our cultural capital when conversing with others (think of name-dropping, using verbose language, overusing technical jargon, desperately trying to prove others wrong or to prove oneself right, failing to admit one’s ignorance, straw-manning people’s arguments, dominating conversations, and looking for any opportunity to debate and undermine another’s intellect). Following Bröckling’s appraisal of neoliberalism, ‘debate me culture’ (which is most pronounced in online forums and on social media) is characterised by individuals wishing to flex their intellectual prowess, to show off what they know and how cultured they are. This is, arguably, another reflection of market capitalism.

In daily life, when presenting ourselves and our thoughts, how often are we driven by competitive feelings, by a wish to simultaneously undermine another and elevate our social status? If we are honest with ourselves (myself included), it seems that this is, indeed, a recurring feature of human interaction and relationships. Neoliberalism, thus, instils in us a drive to push our persona of ‘intellectual’, ‘expert’, or ‘knowledgeable person’ onto others, but in the process, we become inauthentic, with our relationships devalued by competitive discourse and intellectual one-upping.

The potency of capitalist realism often makes it difficult to manifest the alternative way of communicating with others, that is, wishing to create a more collaborative intellectual culture. For example, we can juxtapose knowledge capitalism with ‘knowledge socialism’, an intellectual culture that promotes the cooperative nature of knowledge and provides mechanisms for a truly free exchange of ideas. Knowledge socialism, unlike knowledge capitalism, does not view knowledge accrual and sharing as a competitive, individualistic enterprise; instead, it emphasises the importance of treating knowledge and intellectual pursuits in a non-egotistically driven way.

A possible criticism of this analysis of knowledge acquisition and sharing is that its ego-driven quality has nothing to do with neoliberalism. Rather, we get caught in the competitive, individualistic pursuit of knowledge due to personal (and widespread) feelings of insecurity. The wish to hoard knowledge for oneself and show it off – and to additionally feel threatened by the intelligence, skills, and knowledge of others – is a sign of low self-esteem and low self-confidence. However, this view is not incompatible with the one I have described. Furthermore, these phenomena are not only mutually compatible. They also comingle. For example, neoliberal ideology may make individuals feel worthless (which Fisher linked to his own depression) and then subsequently want to competitively pursue knowledge in order to feel worthy (i.e. marketable). In this way, knowledge capitalism is tightly wrapped up with our mental health. When we denigrate ourselves as an ‘idiot’, ‘stupid’, or ‘a failure’, we often do so within the context of how we stack up against others in the hierarchy of cultural capitalism. You may deem this as a mere consequence of what the Buddhist teacher Joseph Goldstein terms the ‘comparing mind’, but it’s fair, I believe, to say that neoliberalism can fuel this tendency to compare ourselves to others, leading to our self-worth being chipped away.

In light of this discussion, how do we best move forward? Well, it’s firstly important to be personally aware of how we pursue knowledge, to question why we are learning what we are learning. Does one’s self-education come from a place of authenticity and virtue or is there a more competitive motivation involved? Furthermore, when engaged in discussions with others, it’s worth asking whether we are talking from a place of empathy and respect or a wish to undermine and belittle others. When neoliberalism shapes the pursuit of knowledge, it turns what is meant to be a noble and fruitful activity into one that too often makes us argumentative and feel terrible about ourselves. Of course, if we are under the spell of capitalist realism, it can be difficult to communicate with others in a collaborative, non-egotistical manner (this is also sometimes challenging for reasons unrelated to ideology).

Nonetheless, it’s clear that knowledge capitalism doesn’t dictate all of our intellectual pursuits; in fact, it may apply quite infrequently to our desire to know more and debate with others. There are, of course, many admirable reasons why we seek out intellectual and cultural stimulation. Again, by developing self-awareness, we can make greater efforts to be collaborative in the pursuit and sharing of knowledge. Understanding the benefits of this approach is one way we can resist the pernicious tendencies of neoliberalism.