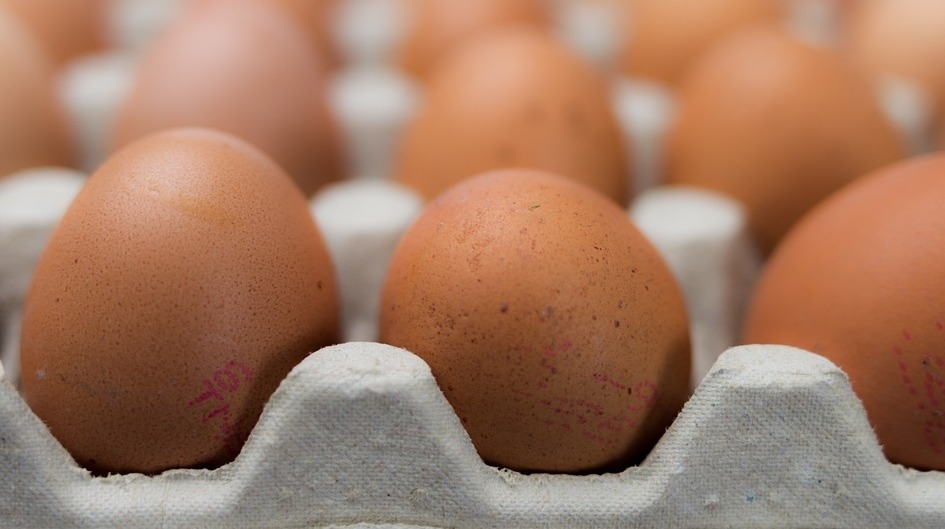 The terms ‘organic’ and ‘free-range’ suggests that the meat, dairy or eggs you are buying are humane, ethical and cruelty-free. But for the most part, this is not the case. First of all, just because some eggs are labelled as ‘organic’, this does not mean that the hens were ‘free-range’ – their movement could still be restricted by living in overcrowded conditions, without the opportunity to see much, if any, sunlight. Organic meat, dairy or eggs means that the animal was fed organic feed and were not allowed to be fed GM crops or antibiotics.

The upside of not feeding them antibiotics means that traces of it won’t be left in the final product. The danger of giving antibiotics to livestock is that it can promote the growth of drug-resistant bacteria, and if this bacteria finds its way into our food then it can infect us. So that’s the upside of organic animal products. The downside is that if the animals are living in crowded conditions, but are not being fed antibiotics to protect them from disease, then disease can easily spread. Since the health of the animals is not prioritised, the meat, milk or eggs will be contaminated with the disease and humans will later be ingesting it.

Beef labelled as ‘organic’ does not mean that the cow led a healthy life. The regulations in the UK only require that the cow was given organic feed. However, this does not prevent farmers from overfeeding the cows in order to increase how much beef can be got from a single cow. Overfeeding cows makes them so fat that they cannot move, meaning that they have to live in their own feces. Having thousands of cows in a crowded area living in their excrement is the perfect environment for viruses such as E. coli to spread. In the US there have been some serious cases of the virus infecting humans through the consumption of beef. In most cases, it causes food poisoning, but some cases of death did make the headlines, causing all the beef from one producer to be recalled.

Also, free-range does not necessarily mean organic. Just because the hens are not in battery cages and might have a bit of extra room, this does not mean that they are being fed a natural diet, free of chemicals and growth hormones. Free range isn’t as ‘compassionate’ as many egg producers claim it is, using misleading labels and slogans such as “happy eggs”. In the UK free range eggs can mean the hens are given a nesting area, some space to perch and maybe an opportunity to see some sunlight. But the idea that free-range chickens spend all day outside, where they can behave naturally, is wishful thinking.

The irony is that as the demand for free-range eggs has gone up (44% of all eggs purchased in the UK are free range) the concerns for welfare have gone down. The resulting conditions are only marginally better than factory farms. An undercover investigation into a Nobel Foods farm in Scotland, which is supposed to produce free-range eggs, found that electric wires are used to control the young chicks. At least one barn was infested with ‘red mite’ (a parasite) and many hens were missing feathers due to fights. But still, at least this is slightly better than factory farming, where the animals are known to kill and eat each other due to the high levels of stress and frustration that come with being contained in a space where the hens cannot even stretch their wings.

The important point is that ‘farms’ (if they can be called farms) that produce free-range and organic animal products are still profit-driven organisations. Since free range and organic products are in high demand, the welfare of the animals simply cannot be met – the need for profit will always triumph. Free range and organics chickens, pigs and cows will still find themselves being crammed by the thousands into sheds. Middle-class people who buy these products thinking that the animals were well treated are mistaken. Although in some cases their lives are probably less miserable than their counterparts in factory farms, their lives are still miserable in a number of ways.

Free-range hens and battery cage hens are treated in many of the same cruel ways. Both are ‘debeaked’ (they have their beaks cut off) with a hot bloody blade with no anaesthetic. This is to prevent the hens from pecking at each other – so clearly farmers on these ‘happy’ farms know that the hens will be stressed to the point where they will attack each other. Both kinds of hens are transported in packed trucks, without food, water or rest. There are no regulations which say that free-range hens must have their own space in a truck. When breeding for egg-laying hens, obviously about half of the chicks produced are going to be male – but males cannot lay eggs. For this reason, they are of no use to the egg-producing facility and they must be killed. This is the same for free range and factory farmed eggs. Millions of male chicks are gassed each year as a result of the egg industry – in the past, they would have been turned into poultry, but now the meat industry requires that a specific genetic strain of chicken be used.

Cows on organic dairy farms can still be kept in filthy enclosures, where they still have to endure the strain of yearly pregnancies (which is not natural for them) and still have their calves taken away from them at birth. If it’s a male calf, it may very well spend its entire life on a beef-producing factory farm. Once again, it is clear that the egg and dairy industries in the UK are also linked to the death of these animals in the meat industry. It’s also important to remember that once dairy cows can no longer produce milk, they too will be killed for meat. Once the dairy cows make it to the slaughterhouse, they will be hung upside down and have their throats cut, often while still conscious and trying to escape. Some ‘happy’ organic, free range hens will still be conscious while they are de-feathered in scalding hot water.

The udders of organic cows can also become infected from being milked too often. However, since they are organic they must be denied medicine – if they were given medicine then the farmers couldn’t label their milk as ‘organic’. Cattle on organic beef farms still have their horns and testicles cut off without anaesthetic and many are branded with sizzling-hot irons. The same applies to grass-fed beef which many people think means that the cattle led a comfortable life – they didn’t. Pigs on organic farms in the UK have their tails chopped off (without anaesthetic) and have rings forced into their noses to prevent them from rooting in the grass and mud. Both of these procedures mean that the pigs can no longer behave in a natural way. In light of these facts, the only truly humane option when it comes to animal products seems to involve avoiding them altogether.