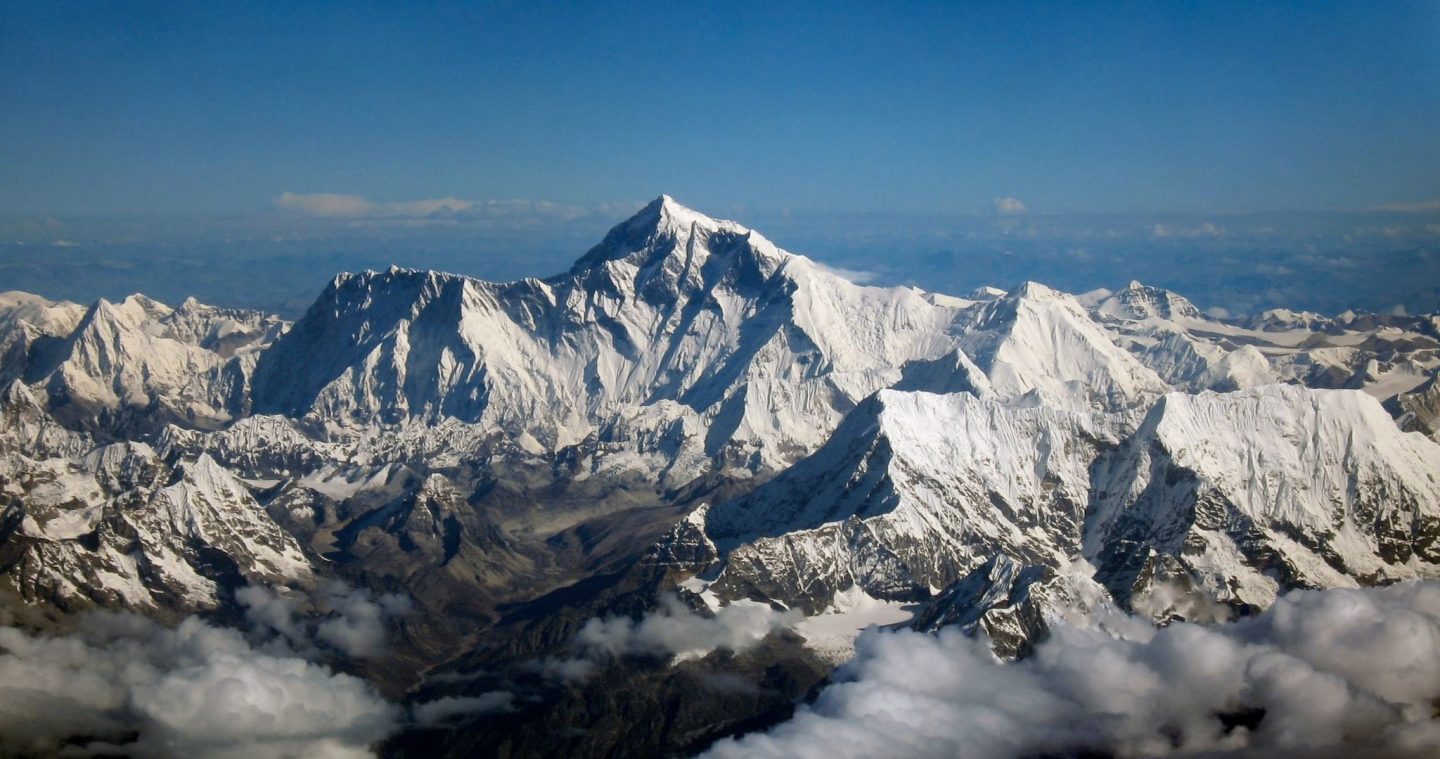 Author and mountaineer Jon Krakauer (who also wrote Into the Wild) recounts with disturbing clarity the 1996 Everest disaster, in his best-selling book, Into Thin Air (which was adapted into the Everest film – apparently deviating a lot from the book). Krakauer is an expert storyteller who transmits the intense feelings of stress, panic, and vigilance that the climbers experienced when trying to summit Everest, colloquially known as the ‘roof of the world’. Due to various factors – such as too many climbers summiting in one day (many of who were inexperienced at high-altitude climbing), an unexpected blizzard, and miscalculated and fatal decisions – eight people died at Everest on 10-11 May 1996.

However, Krakauer stresses that these poor decisions must be sympathised with, given the debilitating effects of being at such a high-altitude (above 8,000m) – when the brain is starved of oxygen, cognitive and motor functions begin to break down. Delirium and delusional thinking can set in, which is not how you ideally want to function during a blizzard on top of the highest peak in the world.

The book raises questions about the commercialisation of Everest; how it has become accessible for pretty much anyone (so long as they have upwards of £30,000 to join an expedition). The issue Krakauer takes with this is the safety risk, since anyone, however inexperienced (they can be carried to the actual summit), can join an expedition. This poses a risk, not only to their own life but also to the lives of the other climbers and sherpas in the expedition.

There is also a strange reality check here, similar to what the protagonist Richard experiences in The Beach. Just as ‘paradise’ has become commercialised, crowded – ruined some say – so has the highest peak in the world, the very apex of mountaineering. (Photos of the sheer amount of rubbish on the Everest trail are pretty shocking in itself). No longer is climbing Everest a monumental achievement, but a bucket list experience that can be ticked off with the help of money, bottled oxygen, and sherpas. This is not to say that it is no longer a simple and easy thing to do – as evidenced by this book – but with the Everest Base Camp becoming crowded (and Wi-Fi-enabled), and the summit ridge congested with climbers, it does seem that the mountain’s allure has somewhat faded.

There is a strange dichotomy between what travellers want and what tourism actually delivers, which a prevailing theme of The Beach. But there’s another theme that remained constant when reading Into Thin Air; namely, struggle. Why would people put themselves through such intense struggle, endangering themselves and others, in order to reach the summit of some mountain? There is no doubt an element of I did it and being able to stand, literally, on top of the world, with a vantage point that is higher (and therefore superior) than anyone else’s on the planet. So, there is a competitive and boastful element to climbing; as illustrated by some of the attitudes of people described in the book. And to be able to take in such a view at the top will be a totally unmatched experience.

However, throughout the book, there was an undeniable sense that what the author and other climbers felt compelled by was a desire to overcome the struggle of the climb. Krakauer was barely interested in the view when reaching the summit, but what was impressive was his, and others’, drive to reach it, despite being at risk of altitude sickness, frostbite; as well as running on very little food and sleep (Krakauer hadn’t slept in 57 hours on summit day).

There seems to be this very impressive and mysterious drive in some people to willfully endure pain, distress, and life-threatening situations in order to achieve some goal. And more than that, the goal (such as summiting Everest) is not something with any sort of obvious survival value. In fact, at the summit of Mount Everest, your life is still very much at risk. So why would anyone voluntarily enter a state of struggle in order to arrive at one of the most inhospitable places on the planet? No other animal does this.

I believe the answer is that some people find themselves more drawn towards adventure and novelty than others. It is true that other animals take risks in search of rewards, but it seems as if we have hijacked this system and created our own rewards; with new experiences now becoming the target to aim for. Arguably, novelty-seeking has played an important role in human evolution – hunters more willing to take risks were more likely to be successful hunters. But in human psychology, novelty-seeking is a personality trait that is stronger in some than others. It is why some people are driven to climb mountains and others are not. George Leigh Mallory, who took part in the first three British expeditions to Everest in the early 1920s, was asked by a journalist why he wanted to climb the mountain. Mallory replied, “Because it’s there”.

Novelty-seeking is also a personality trait strongly associated with impulsivity, attention-seeking and sensation-seeking (which can often lead to substance abuse). It is no surprise, then, that mountaineers do what they do because they have very different personalities from the rest of us. To a much lesser extent, perhaps, it could be said that those drawn to travel, or at least exposed to travel who become enthralled by it, are more interested in adventure and novelty than others. There is something about situations and experiences that are new, unusual, or risky which is exciting and rewarding.

Indeed, some studies have found that people with a genetic trait affecting a specific type of receptor (the D4 receptor) for dopamine – the so-called ‘reward chemical’ – have greater sensation-seeking tendencies. It is no surprise, then, that many travellers are also interested in extreme sports and adrenaline activities, hiking, sexual novelty, heavy (and constant) drinking, drug use, and the inclination to take risks in general.

The book also made me reflect on my own experience of hiking Mount Rinjani in Indonesia. It was the most intense physical struggle I’ve ever experienced and required a level of self-motivation and determination that I didn’t know I had. I believe that it is empowering to have experiences that challenge your physical and mental boundaries, which make you struggle and force you out of your comfort zone. The self-development aspect of travel comes from exposing yourself to challenging situations, since overcoming them can make you less afraid, and more willing, to deal with uncomfortable situations in the future.

“The individual has always had to struggle to keep from being overwhelmed by the tribe. If you try it, you will be lonely often, and sometimes frightened. But no price is too high to pay for the privilege of owning yourself.” – Friedrich Nietzsche