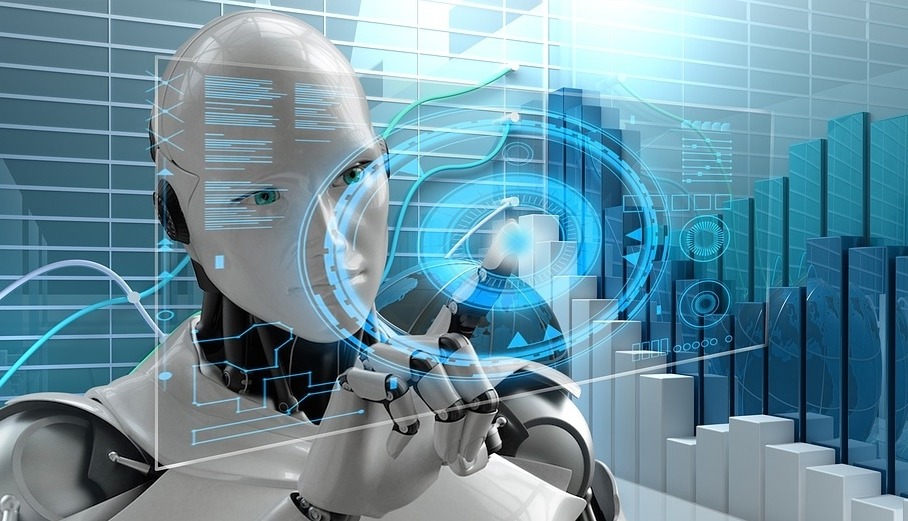 As developments in artificial intelligence (AI) continue, more and more jobs are at risk of being taken over by robots. There are fears that the rise of automation will lead to mass unemployment. In terms of the foreseeable future, it seems that, while some jobs in the future will invariably be better performed by a machine than by a person, this doesn’t mean we’ll all be obsolete and out of work.

There are many skills, capacities, and tasks that we think of as distinctly human in nature, such as those involving creativity and emotional intelligence. Following our creative passions and connecting with others on a deep, emotional level is what adds value to our lives. So the rise of automation could free us to find more meaningful career paths.

On the other hand, technology is progressing exponentially, so is it really out of the question that machines could, someday, successfully mimic (or even outperform) human painters, musicians, poets, and novelists?

Jobs at Risk Due to the Rise of Automation

If we focus on what the current research tells us, then it seems that certain jobs carry a high risk of being automated in the near future, while others don’t.

The Nomura Research Institute (NRI) previously published research showing that, in the next 20 years, nearly half of all jobs in Japan could be carried out by robots. The Oxford Martin School, which looked at the same issue in the US, highlighted in a 2013 study that over the same time period, 47% of jobs will be susceptible to computerisation. Another study from the same researchers (Carl Benedikt Frey and Michael Osborne) estimates that 35% in the UK are at high risk of automation in the next 10 to 20 years.

All of these roles are highly susceptible to computerisation because they heavily depend on repetitive, rule-bound, highly structured, and predictable activities. For the same reason, the business services and financial services sectors are likely to face major changes due to the rise of automation.

Driverless cars are also on the horizon, which will make millions of jobs redundant, as people will no longer be needed to drive taxis, buses, vans, and trucks. While it may seem unsurprising that these tasks could soon be automated, machines are superseding many other types of jobs. There are now robot journalists, ambassadors, and doctors.

How the Rise of Automation Can Help Us Lead Meaningful Lives

Frey and Osborne underscore that there are eight careers that have only a 0.35% chance of being automated: recreational therapists, first-line supervisors of mechanics, emergency management directors, mental health and substance abuse social workers, audiologists, occupational therapists, orthotists and prosthetists, and healthcare social workers. If you choose to study for a degree in fine art, counselling or teaching, then at least you can be safe in the knowledge that a robot isn’t likely to steal your job in the future.

Frey and Osborne note that the likelihood of a job becoming automated is based on nine skills: social perceptiveness, negotiation, persuasion, assisting and caring for others, originality, fine arts, finger dexterity, manual dexterity, and the need to work in a cramped workspace. The previously mentioned careers aren’t like to be computerised because they require a high level of human interaction – they are jobs that depend on uniquely human traits, such as empathy, wisdom, morality, and intuition.

The upside of the rise of automation is that it can free us from mundane, uninspiring, and soul-destroying jobs and give us opportunities to focus on more meaningful activities, those that involve human originality, imagination, complex problem-solving, communication, collaboration, and connection. The most in-demand skills in the future will be those with a distinctly human touch. Moreover, the kind of jobs that require these skills (e.g. therapists, social workers, and teachers) are the most meaningful, due to their potential to make a positive difference to people’s lives.

If the rise of automation does lead to mass unemployment, then implementing a policy of universal basic income (UBI) may be necessary. If everyone received a free cash hand out to meet their basic needs, then the machines could carry out the manifold jobs that make humans obsolete, and we can engage in more meaningful pursuits, either paid or unpaid. We would have the time to follow our passions, work on personal projects, and manifest our greatest potential. That is the ideal outcome, obviously. There are worries that UBI would be a harbinger of laziness and stagnation in people’s lives – although many experts dispute this claim.

It is not yet clear if the panoply of creativity and emotional intelligence can be computerised. Indeed, how could a machine ever experience and grasp the human condition? Poetry, art, music, therapy, and social work may be safe as career choices. It is not out of the question that AI could produce impressive and beautiful poetry, art, and music. It is doubtful, though, whether such work can be infused with the distinctiveness and precious quality of human meaning. We may visit AI art exhibitions or watch robot musical performances for enjoyment, but this doesn’t mean that they will supplant the human versions. Indeed, there is a fundamental human need for expression and creativity.

We are all desperately hungry for meaning. Hopefully, the rise of automation will remove the need to do stifling and dehumanising jobs, and allow us to lead genuinely fulfilling lives.