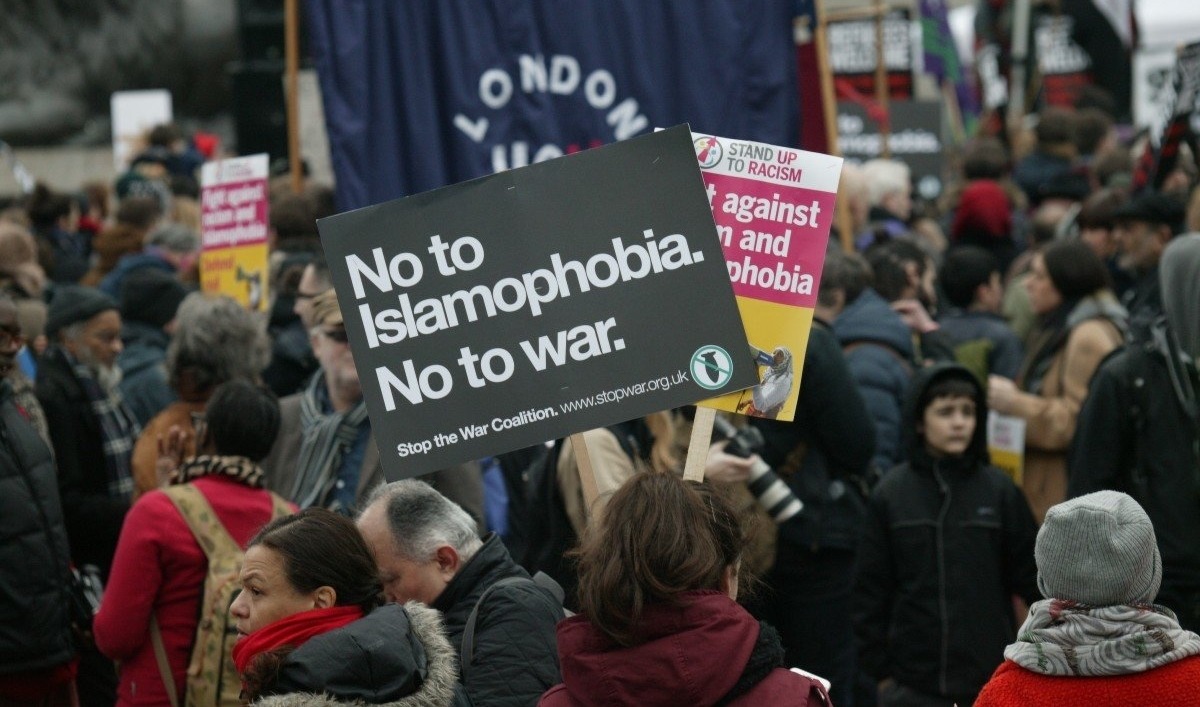 Before discussing how the media fuels Islamophobia, it’s vital to clarify what we mean by the term. Islamophobia has been defined as the fear, hostility, prejudice, and discrimination directed at Islam and Muslims. It should be noted, however, that the popularised use of the term has sparked controversy for different reasons. Many commentators reject the idea that ‘Islamophobia’ is a phobia (i.e. an irrational fear) and believe the term is often misapplied in the pursuit of silencing criticism about Islam.

It’s important to distinguish between honest and legitimate criticism of Islam as a religion or set of ideas and Islamophobia. If we are careful, nuanced, and clear about what we mean by Islamophobia, then it can be meaningfully and properly applied.

Professor Matti Bunzl, author of Anti-Semitism and Islamophobia: Hatreds Old and New in Europe, argues that modern day ‘Islamophobia’ is neither religious hostility or racial hatred like anti-Semitism is; rather, it represents a perceived clash of civilisations. This perspective helps to shed light on the uniqueness of this form of prejudice and hostility. Some commentators have proposed that anti-Muslim bigotry or ‘Islamoprejudice’ are more useful terms to describe hatred of Muslims and Islam, respectively. In any case, for the sake of this discussion, Islamophobia will be used to refer to the excessive fear, bigotry, and hatred felt and expressed towards Islam or Muslims. This no doubt results from viewing either the religion or Muslim people in a myopically negative and monolithic fashion.

We can, of course, simultaneously recognise that abhorrent beliefs and acts are inspired by Islam (which the media should accurately report) and that Islamophobia is a problem that needs addressing.

Fanning the Flames of Islamophobia

Figures have revealed that anti-Muslim hate crimes in London have soared by almost 40% between 2017 and 2018. Mohamed Madi, a BBC journalist, notes that religiously motivated hate crimes have been on the rise across the UK. Although, as he points out, it’s not clear how much of this spike is due to Islamophobia specifically.

In any case, anti-Muslim bigotry exists, and it’s extremely ugly. Many commentators have argued that the mainstream media – especially right-wing outlets like The Sun, The Daily Mail, and The Daily Express – is playing a significant role in the spread of Islamophobia. Gary Jones, who became the editor of The Daily Express this March, even told MPs that previous headlines in the paper have helped to create an “Islamophobic sentiment”. This kind of biased media coverage can have very negative effects on people, as it can make the general public fearful or hostile towards ordinary Muslims.

The Psychology Behind Islamophobia in the Media

The media uses bold and harsh language to promote this kind of fear because bad news sells. But why are we attracted to negative, fear-inducing media coverage? As it turns out, it probably has to do a lot with our evolutionary past. For our hunter-gatherer ancestors, it was more conducive to survival to be in a fearful state and vigilant about potential threats. If our ancestors heard a rustle in the bushes and feared it was a predator by default, this response – although not always correct – was more advantageous than sometimes assuming there was no threat present.

‘Othering’ is also a useful concept to refer to in this discussion. It’s a term that describes the process of viewing people in different groups as the ‘other’, as intrinsically different from and alien to oneself. In our past, an unknown tribe could have been a rival or a competitor, so there was an adaptive value to view distinct groups as the other. However, in the modern world, territorial conflict isn’t really something that most people have to worry about – yet we can still be susceptible to othering, due to the way that we evolved.

The media contributes to the problem of othering and xenophobia by propagating and reinforcing negative stereotypes of Muslims (e.g. as terrorists, criminals, violent or barbaric). This ends up causing divisiveness, tension, and conflict when it doesn’t need to exist. It also encourages a fearful view of a whole group of people, which is unjustified.

As well as fuelling hate crimes, Islamophobia in the media can seriously impact the well-being of Muslims in the UK. It can make ordinary, peaceful, and law-abiding people feel unwelcomed and isolated in a place that is meant to be their home. Islamophobia can affect Muslims’ mental health, by increasing the risk of depression and anxiety. Many Muslims may also be reluctant to speak up about how Islamophobia affects them in this way, and this is worrying, as staying silent about mental health issues can end up making them a lot worse.