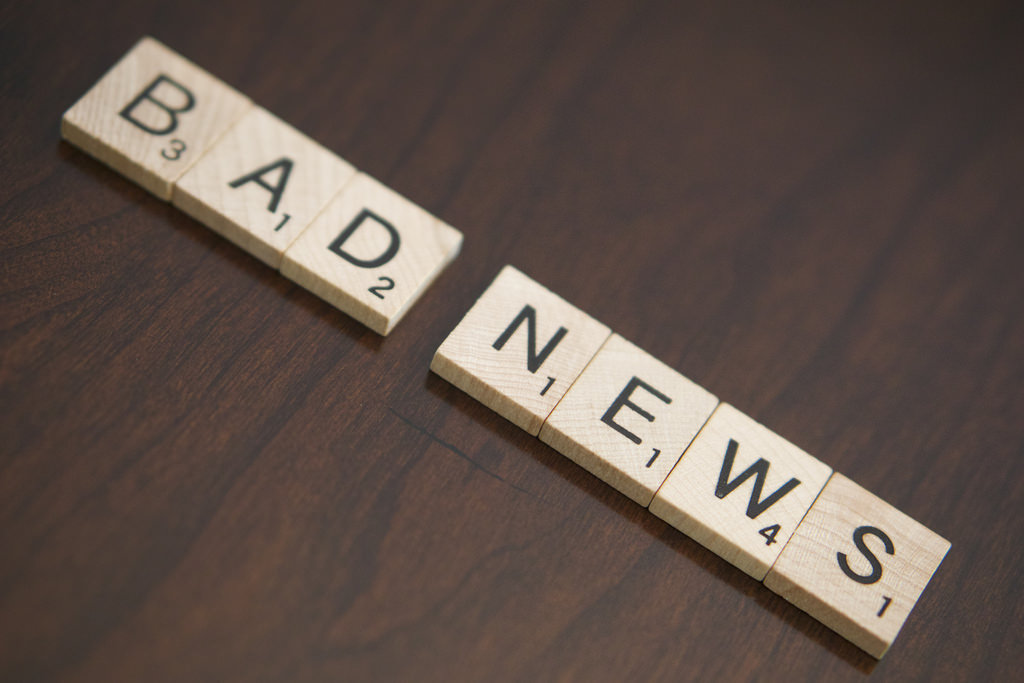 Every day we are inundated with stories about the most horrific acts and events that have taken place in the world. It’s common knowledge that ‘bad news sells’ – but what is it about bad news that makes it interesting and readable? It seems counter-intuitive that people’s minds would be primed to seek out information which paints a nightmarish view of the world. But evolutionary psychology has shed some light on why we are interested in stories about terrorism, death, conflict, disease and abuse, even though these events conjure up negative emotions.

Humans seek out dramatic, negative events because these are the events that would have determined our survival back in our hunter-gatherer days. So while people who read news articles about Ebola and Islamic State are not really threatened by them – although the fear and anxiety they bring up can lead to this feeling – our brains still interpret the information as significant potential threats.

In one experiment conducted by researchers at McGill University in Canada, results showed that the participants preferred to read news stories with a negative tone – such as those involving corruption, set-backs and hypocrisy – rather than neutral or positive stories. Furthermore, those who were already interested in politics and current affairs were also more likely to choose to read bad news over neutral or positive news. However – and this is the salient finding from the study – when asked which kind of news the participants preferred, they all unequivocally said they prefer good news, and believed the media focuses too much on negative stories.

The researchers argued that their findings clearly point to the existence of a ‘negativity bias’ – a term in psychology which refers to our collective desire to hear and remember negative information. It is not the same as schadenfreude, which is pleasure derived from the misfortune of others, and in German literally means ‘harm-joy’. Some posit that when our so-called negativity bias kicks in, we don’t receive joy upon hearing about, for example, the death toll from Ebola increasing or another celebrity being convicted of historic sex crimes – rather, we react to the information as a potential threat.

The researchers from the McGill experiment offer their own conclusions. They argue that we pay attention to bad news, not because it signals a potentially life-threatening situation, but because we think the world is in a better state than it actually is. They claim that people over-estimate positive qualities in themselves (a cognitive bias known as ‘illusory superiority’ in psychology) and in the world, which makes bad news all the more surprising and important. Humans are often described as a novelty-seeking species. Our history and future are defined by a constant hunger to seek out new knowledge and to create even more complex innovations. We are attracted to bad news because it satisfies this desire for novelty, presenting to us a far more shocking view of the world than the kind of good news which gets reported, which often involves more gradual improvements to situations.

However, while this may explain why bad news sells, this does not mean that we should automatically approve of how the media manipulates our cognitive biases. University of Texas professor Mary McNaughton-Cassill emphasises that constant exposure to bad news won’t give you PTSD, anxiety disorder or depression if you weren’t already predisposed toward these conditions. And it may be the case that depressed or anxious people are more likely than the general population to seek out bad news, which in turn can exacerbate their symptoms.

But for those who don’t have a mental illness, reading, hearing and watching coverage of the worst aspects of humanity every day can have subtler, yet still unpleasant effects on our mentality. McNaughton-Cassill’s studies show that participants who are exposed to bad news do not meet the criteria for depression, but they do report feelings of despondency and apathy about the world, believing that the world is collapsing and that there is nothing they can do about it.

We have optimistic tendencies as well, but these often become numbed by the endless news coverage we are exposed to. We are given very narrow and biased reporting on countries around the world, so it’s no wonder that many people come to see the whole world as if it’s on the brink of Armageddon. Research also reveals that the more threatened people feel, the more likely they are to support right-wing policies, which means that many predominantly left-wing news outlets in the UK may, in fact, be encouraging right-wing thinking without even knowing it.

It is true that some countries are getting worse on a daily basis, but the psychologist Steven Pinker argues in his book, The Better Angels of Our Nature, that the course of history actually shows that the world is becoming less violent, safer, healthier and more humane. In order to avoid thinking that the whole world is a dark and dangerous place, which it isn’t, the best thing to do may be to avoid the news completely. However, this isn’t that realistic – even those who don’t watch TV or read the newspaper still get their diet of bad news from the internet and social media.

What can be useful is simply remaining conscious of the fact that the media’s characterisation of other countries is not the whole story. It is also important to remain aware of the fact the media has an incentive to promote bad news because we are more likely to consume it, because instilling fear and anxiety in us is an effective way to make us prefer one policy over another, and because if we are worried that our lives and health are in danger, then we will be more likely to spend money on supposed solutions or cures. The key point is that even though you can’t change how the media operates, you change your way of interpreting it. Rather than becoming an obsessive consumer of news, you can develop a better understanding of why you are worried about things that probably aren’t going to happen.

Fortunately, there are positive news stories being shared on the internet and social media all the time. Depending on how you control your newsfeed on Facebook, you can expose yourself to positive stories about success, the latest scientific discoveries and achievements, and examples of altruistic behaviour. The world is not such a terrible place, so long as you remain informed and in control, as far as possible, of news stories coming at you from every direction.