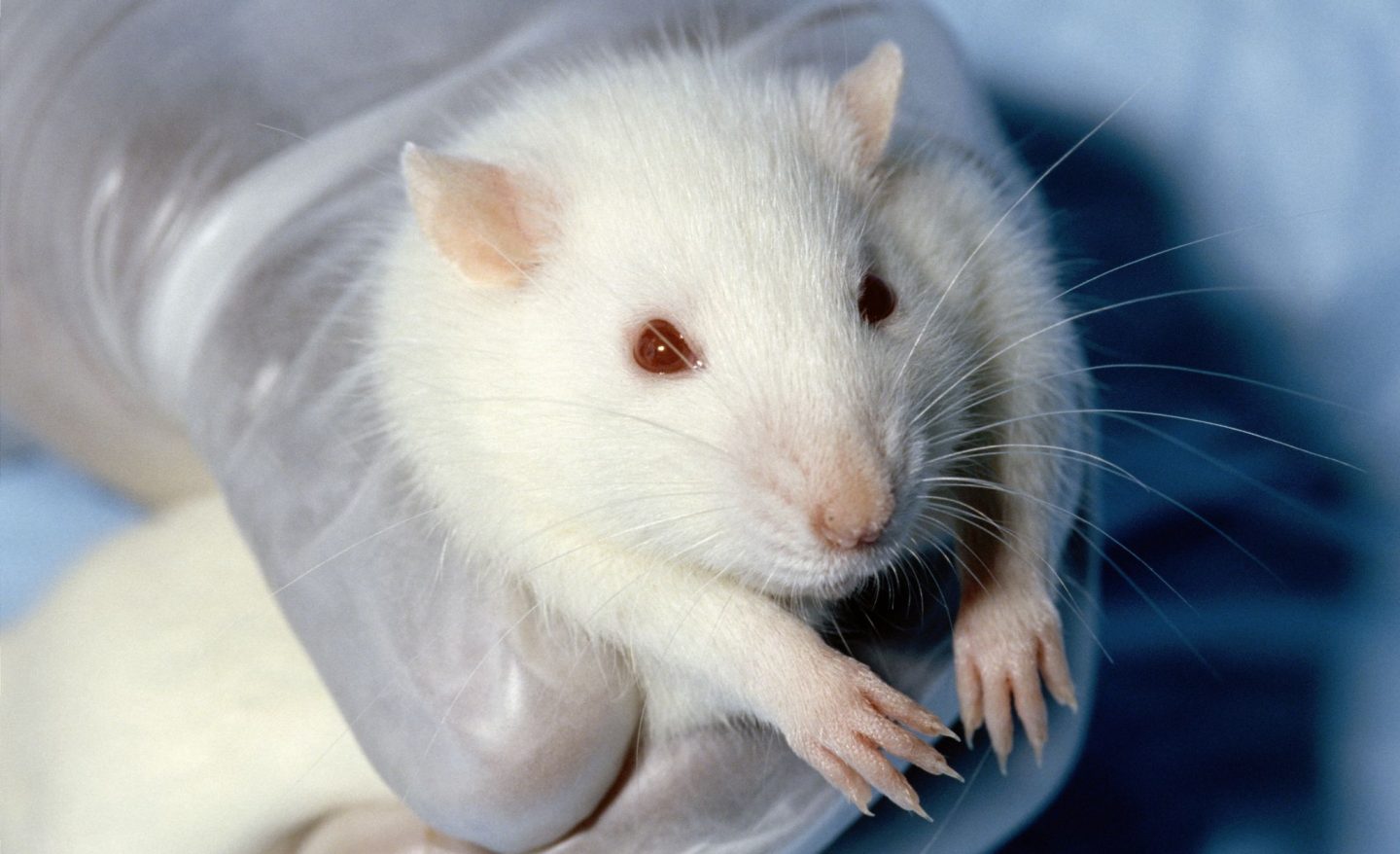 Sentience – the capacity to feel, perceive and experience – lies at the foundation of the consideration for the rights and welfare of non-human animals. In Eastern traditions, there are prohibitions against causing injury to all sentient beings since sentience entails the capacity to feel pain. Although what many people may not realise – or have considered – is that this experience of pain could subjectively be worse for animals than it is for humans.

The Evolution of Pain

The evolutionary biologist Marc Bekoff stresses that mammals share the same nervous system, brain chemistry, perceptions and emotions as us that contribute to the overall experience of pain. Of course, we evolved to experience pain for the same reason – to alert us of a danger – or potential danger – that needs to be avoided or taken care of. Creatures that can feel pain have a better chance of survival and reproducing. It’s a cruel state of affairs, but humans and animals alike did not evolve to live pleasant and pain-free lives. The evolutionary biologist Richard Dawkins states in a video for Big Think:

There’s every reason to think that mammals, at least… can suffer perhaps as much as we can pain… There’s absolutely no reason, as far as I can see, why an animal – a dog or a chimpanzee or a cow – should be any less capable of feeling pain than we can… It [pain] doesn’t feel like the kind of thing for which you need intellect.

A Non-Human Animal’s Experience of Pain

Consideration of animal sentience moves us to regard animal cruelty as immoral since empathically we know we would suffer in their position. However, cruelty to animals may be worse than we can imagine. Animals could actually feel pain much more intensely than we do. As Dawkins adds in the Big Think video:

Yet, when it comes to the experience of pain – including the emotional aspect laden with that experience, such as fear – animals may feel it worse. Indeed, the philosopher Sahar Akhtar argues that the cognitive sophistication of humans allows us to mitigate the intensity of pain. Akhtar says that:

at at least within a moderate range of severity, pain may not always play a significant role in our welfare or well-being for two reasons. The first is that the intensity of pain for us can often be mitigated through expectations, memories, and the consideration of and attention to other interests. The second and main reason is that we are able to engage in inter-temporal calculations with respect to our interests and frequently discount pain in order to achieve other, higher order or longer term interests.

As a thought experiment, Akhtar asks us to imagine the difference between going to the doctor to receive a necessary injection and the experience of being stabbed with a needle by a complete stranger. The fact that there is a good reason for the former but not for the latter impacts the intensity of that experience of pain – even though the stimulus itself is the same. Furthermore, we can distract ourselves from pain by focusing on something else – we are less likely to notice a headache if we are busy doing something that occupies our attention. The sophistication of the human mind can allow us to willfully direct our attention in this way; an ability that animals lack. For example, it has been shown that the practice of mindfulness can be effective at reducing chronic pain.

During a painful experience, we can bring painless memories to mind to take comfort in the situation at hand. We can also imagine the pain coming to an end, which can help to lessen the intensity of the pain in the present moment. On the other hand, if a particular animal cannot conceptualise themselves in time, then they are imprisoned on the painful present moment. As the philosopher B.E. Rollin says:

If they are in pain, their whole universe is pain; there is no horizon; they are their pain.

If the pain is sufficiently extreme, even knowing that death is a possible future ending may help alleviate it for us, as compared to animals. Furthermore, we can often anticipate when a pain will likely end because it, or pain similar to it, has occurred in the past and we remember the duration of the experience. When we have a headache, we can often anticipate when the headache will end based on past experiences, and this anticipation might reduce the intensity of the headache. Animals without an awareness of self and time would not be able to anticipate the cessation of the pain or take relief in the thought that it may or will end.

The ability to conceive of temporal distinctions is also necessary for having hope, which can be characterized as a positive attitude directed toward some possible future outcome. If one can hope that one’s pain will end, this might help alleviate its intensity. On the other hand, fear might not always be future-directed. It seems one can be afraid of a present adverse situation without also having the additional fear of it getting worse or some other thing happening. It is possible for an animal to experience fear of a present situation without being capable of hoping the situation will improve.

The Distinction Between Pain and Suffering

All of this means that we could be harming animals far more than we realise in the way we abuse and slaughter them. But we can also contrast the heightened intensity of pain that animals experience with the myriad ways that humans suffer.

Human suffering seems to be more complex and varied than the pain experienced by animals, with mental illness being an obvious example of the way that our inward lives can be more fraught with pain than an animal’s. The philosopher Daniel Dennett exemplifies the matter by pointing out that we can suffer more when someone steps on our toe if we were in the middle of an important endeavour, such as a musical performance since it would ruin that valuable experience. As he says:

The anticipation and aftermath, and the recognition of the implications for one’s life plans and prospects, cannot be set aside as the ‘merely cognitive’ accompaniments of the suffering.

To this, Akhtar adds:

it seems that suffering consists in the thwarting or frustrating of one’s desires and goals, and the recognition of such frustration, as well as the memory and anticipation of it.

Some philosophers argue that we should make a distinction between pain and suffering. Michael Tye, for example, believes that simple creatures may have consciousness and can, of course, experience pain – but since they do not have “cognitive awareness of their sensory states”, they cannot suffer. For Tye, the capacity to conceptualise and be aware of, and attentive to, pain is what constitutes suffering.

Similarly, Robert Hanna makes this demarcation between pain and suffering. He defines pain as the conscious experience of pain happening somewhere in the body, which he calls “bodily nociperception”, whereas he says suffering is “self-conscious or self-reflective emotional pain”. For suffering to occur, in his view, the being in question must have a concept of self (self-awareness) and the ability to remember and anticipate pain (time-awareness).

However, it can be argued that some animals do possess these qualities. For example, a think-tank called the Institute for Ethics and Emerging Technologies highlights in their mission statement that research on great apes (e.g. chimpanzees), cetaceans (e.g. dolphins and whales) and elephants indicate that they have self-awareness. And for this reason, we should regard them, legally, as non-human persons. Furthermore, other studies suggest less cognitively sophisticated animals (rats in this case) may also possess self-awareness, which challenges this distinction between animal pain and human suffering.

The philosopher Thomas Nagel had a paper published in 1974 titled What Is It Like to Be a Bat? In this paper, he argues that there is something unique about being a particular, conscious thing. The experience of being a bat is different than the experience of being a human. There is something it is like to be a bat, and while we may do our best to envisage our life as a bat – we cannot truly feel what that is like. The bat navigates the world by sonar. We do not have this apparatus – we cannot ‘see’ the world through a bat’s eyes – therefore we will always be shut off from its phenomenal reality.

In light of the previous discussion, while we may not know what it is like to be an animal in pain, we should certainly not underestimate the capacity of animals to feel pain intensely and to suffer. We cannot live their lives but we can certainly draw on the ideas of philosophers and scientific developments to bolster our empathic connection with them. The more we understand the quality and extent of the unpleasantness that we subject animals to on a daily basis, the more we will be motivated to save them from a miserable and awful fate, and better ourselves in the process.