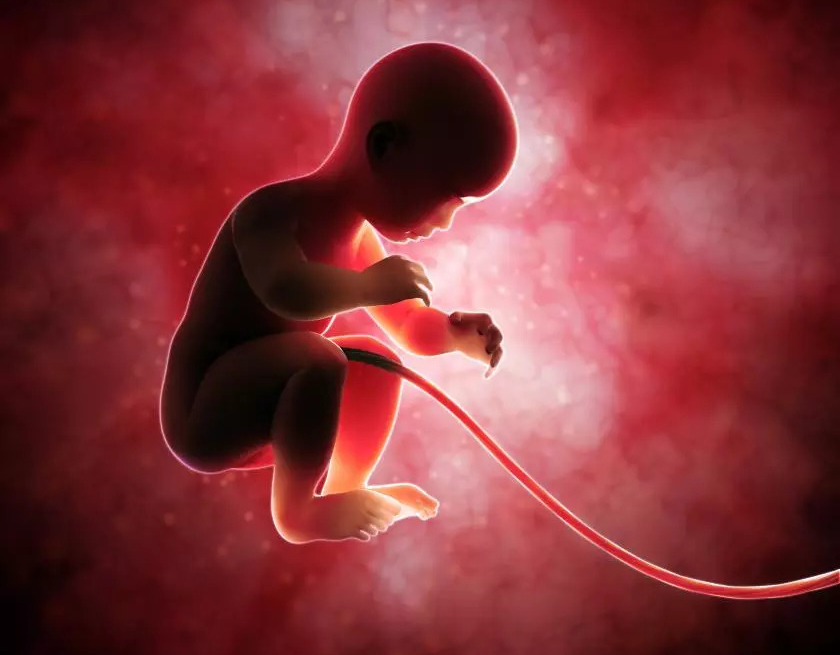 Alien abduction and DMT experiences can sometimes share a very similar character, to the point where the similarity can no longer be considered a coincidence. The alien abduction experience, more often than not, features abduction by extra-terrestrial beings who perform a forced medical examination or procedure on the abductee. The abductee may be lying on a table, with the alien beings appearing very large and tall, looming over the patient. The aliens are usually depicted as being featureless and having big eyes and heads.

Likewise, in the DMT experience, contact is also made with entities who may be described as “extra-terrestrial”, “extra-dimensional”, or belonging to a different species. Reports of inspection, examination and medical procedures performed by these entities are not uncommon either. The entities may also appear to be doctors, who carry out their procedures while the subject lies on some sort of operating table. In The Ayahuasca Visions of Pablo Amaringo, Amaringo (a famous ayahuasca painter) recounts an ayahuasca experience he had while suffering from a serious heart condition. During the experience he found himself in an operating room where “spirit doctors” in white coats removed his heart, fixed it and placed it back in his chest. According to Amaringo, his heart problems ceased after this experience.

Much like abduction experiences, there are usually multiple entities looking down at the subject. Dr Rick Strassman, in DMT: The Spirit Molecule, postulates that the commonalities between the abduction and DMT experience come down to the fact that the abduction experience involves an endogenous release of DMT in the brain. This speculation was influenced by reports from his test subjects who received intravenous injections of DMT and who subsequently had abduction-like experiences. This occurred in 20% of the test subjects.

There is currently no evidence that the human brain (specifically the pineal gland) produces an endogenous supply of DMT. However, an exciting discovery was made, revealing that the pineal gland in live rats synthesises DMT. (Here is the press release.) Whether the same is true for humans remains to be seen, but it is in the realm of possibility, and this recent discovery regarding rats means it may not even be that unlikely. That said, I think that the common features between alien abduction and DMT experiences can be more fully explained by something very deep about human psychology.

After all, if alien abductions were caused by an endogenous release of DMT, you would expect both experiences to be pretty much the same. But they’re not. In fact, they’re wildly different. The whole inspection, medical examination/procedure phenomena, I believe, relates to birth trauma: the psychological trauma that we experience at birth and which imprints itself into our unconscious minds. Explaining alien abduction and DMT experiences by referring to birth trauma is known as the Birth Trauma Hypothesis.

The concept of birth trauma was developed by Austrian psychoanalyst Otto Rank (1883-1939), who was also one of Freud’s closest colleagues. In The Trauma of Birth (1929), he argued we are all born into trauma – in other words, we suffer trauma by virtue of being born. The trauma results from the violent and physical separation from the mother. Rank believed that prior to birth, infants lived in a state of perfect harmony and union with the mother, in a state of uterine bliss. The painful separation from the mother is the very first instance of anxiety for all human beings and, according to Rank, acts as a blueprint for all anxieties experienced in later life. Freud also called birth the “first experience of anxiety and thus the source and prototype of…anxiety.”

The British psychoanalyst Wilfred Bion claimed that the physical event of birth is also traumatic because of its pure psychological intensity. The internal and external sensations that the infant experiences at birth are so alien, sensational, overwhelming, inescapable and unbearable that the experience of birth becomes inevitably traumatic. The immature and sensitive infant brain simply cannot cope with the experience and a permanent mark of anxiety is left on its unconscious mind.

I think of birth as the first and possibly the most intense psychedelic experience that someone will have. At the moment of birth, the infant is brought out of one reality (the bliss of the womb) into a completely different reality (one which is full of colour, lights, strange and loud sounds, objects and other people). As such, this new reality can seem very chaotic and disturbing to the newborn infant. The internal and emotional responses to this new world will also be completely new to the infant. It is no wonder then that many people who have had intense psychedelic experiences often describe a feeling of being re-born. The term ‘near-birth experience’ is also used to denote the symbolic re-experience of being born. With DMT, a feeling of being a baby ‘back in the womb’ and a sense of being reunited with an archetypal mother may also be experienced. The blissful womb-like environment or experience may seem strangely familiar to the person. The unconscious desire to return to that blissful uterine state and union with the mother may manifest itself during the DMT experience.

Stanislav Grof, a psychiatrist and one of the founders of the field of transpersonal psychology, studied LSD extensively and its relation to the human unconscious. His ideas about the human mind were detailed in his groundbreaking work, Realms of the Human Unconscious: Observations from LSD Research (1975). Based on his patients’ LSD sessions, he concluded that LSD could induce a number of distinct experiences, one type being perinatal experiences: experiences related to the period immediately before and after birth. Grof found that LSD could allow a subject to symbolically remember their perinatal trauma. The experience of travelling through a tunnel, towards a source of brilliant white light, could correspond to the journey out of the birth canal.

Grof also said that near-death experiences (NDEs) could also arouse long-suppressed memories of birth. This would explain why near-birth and dying-type experiences are often so similar. People under the influence of high doses of LSD, psilocybin, ketamine or DMT may use the terms “dying” and “re-birth” interchangeably. As Dr Karl Jansen states in his book Ketamine: Dreams and Realities: “Psychedelic experiences have led some people to conclude that birth and death are seen as the same process at the unconscious level.” The physical event of birth may also appear to the infant to be a threat to their life or as an impending catastrophe. Thus, embedded in birth trauma are the first intimations of death. This deep psychological connection between birth and death would explain why the motif of the ‘dying-and-rising god’ is so common in mythology. The belief in an afterlife and reincarnation may also be attributed to this aspect of the human unconscious.

So how does the concept of birth trauma shed light on alien abduction experiences and certain DMT experiences? What these experiences seem to do is re-activate experiences that occurred during the birthing process. The experience of being inspected, medically examined and operated on appear to be related to this same experience which occurred at birth. When born, standing over the infant will be one main doctor, as well as other medical staff, which corresponds to the multiple aliens or entities observed in alien abductions and DMT experiences. The doctors and medical staff are wearing plain clothes and masks which would explain why the aliens in abductions and entities in the DMT realm are usually featureless. The only discernable feature the infant sees may be the eyes of the doctor and staff, which could explain why the aliens in abductions tend to have big eyes. From the perspective of the infant, the doctor will appear to be very large and tall, with an oversized head, which corresponds to the same features of the alien.

In a sense, since the infant has never seen other humans before, they will instantly appear alien to them, perhaps imprinting the archetype of the alien in their unconscious mind. The doctors and medical staff loom over and watch the infant just as the aliens and entities do in abductions and some DMT experiences. And lastly, the operations (i.e. cutting the umbilical cord) and examinations or monitoring (i.e. checking for vital signs) would correspond to the medical theme of alien abductions and certain DMT experiences. The reason why alien abductions and DMT experiences can be so traumatic and overwhelming is that they re-activate a real traumatic and overwhelming experience: the trauma of birth.

However, we must also bear in mind that the prevalence of the ‘doctor/operation’ phenomena in Strassman’s study could have been influenced by the medical setting in which it took place. DMT was administered to patients in a hospital room, which was surrounded by medical equipment and medical personnel close by. Vital signs and medical tests were also taken before the administration of the drug. Since the setting can drastically alter a psychedelic trip, it is entirely possible that these factors could contribute to alien abduction-type phenomena. Psychedelic cult figure Nick Sand argues this is the case. Nevertheless, such phenomena are not unheard of outside of a medical setting, which means that the birth trauma hypothesis isn’t necessarily ruled out.

Here is an interesting article which describes other connections between alien abductions and the trauma of birth. The opening of the cervix and journey through it is translated into images of doors and passageways in abduction reports. In UFO encounters, the light beam of the spaceship is interpreted to be the umbilical cord, while the spaceship itself is interpreted to be the placenta (which has a flat and round shape). UFOs or alien spaceships have also been encountered in ayahuasca trips – they are a common motif in many of Amaringo’s paintings. I’m a bit sceptical as to whether the alien spaceship motif fits into the birth trauma hypothesis. For example, I’m not sure that the infant would even see the placenta. The connection between the umbilical cord/placenta and an alien spaceship is a bit tenuous in my opinion.

Mrs Betty Andreasson from Massachusetts had an abduction experience in 1967 which contained a number of perinatal images. These included being in a ‘Cylindrical Room’ which was filled with grey fluid. She breathed through clear tubes fitted into her nostrils and mouth. She was also fed some sweet substance through the tube in her mouth. She floated in the fluid in a tranquil and peaceful state, until finally the fluid was drained and she was removed. This experience sounds like a return to the womb. During Betty’s examination by the humanoid aliens, which occurred in a big bright room, needle-tipped tubes were inserted into her navel. This caused her a great deal of pain and discomfort and most likely relates to the cutting of the umbilical cord.