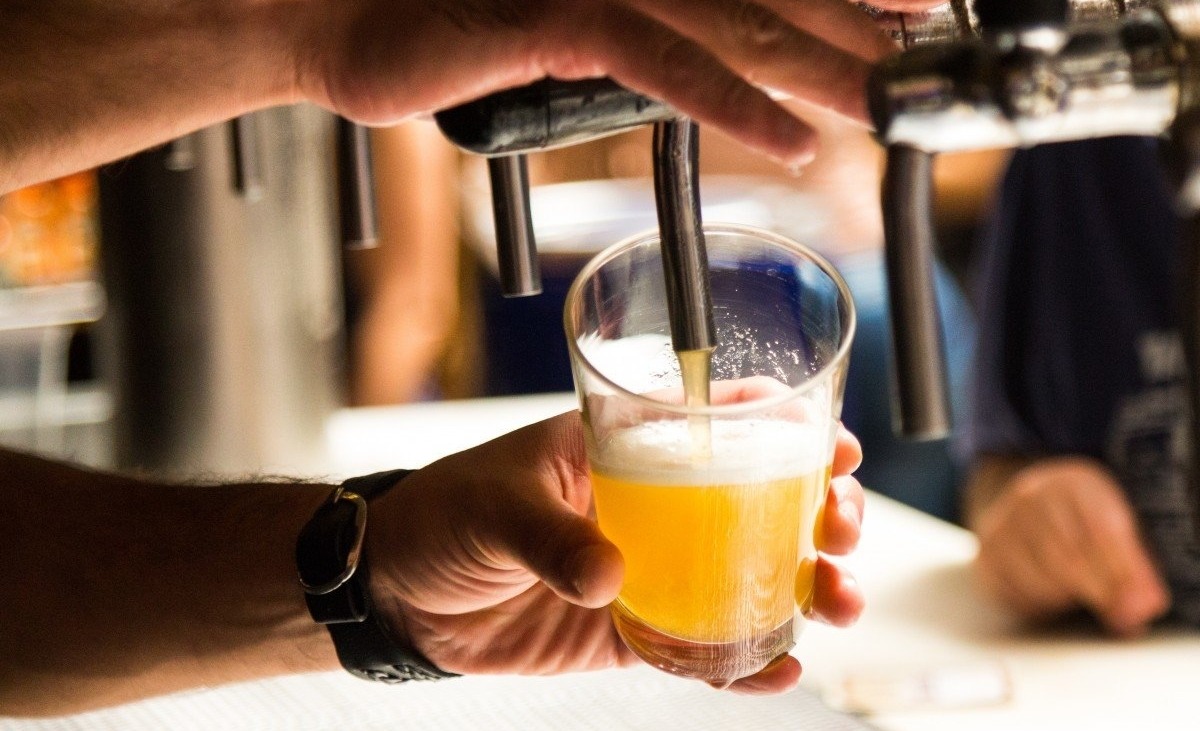 A minimum pricing for alcohol would mean that a restriction would be set in place preventing alcohol from being sold below a baseline price. The baseline price would be in reference to each unit of alcohol, as opposed to a general baseline of, say £1, for all types of alcoholic beverages. So, if the minimum price for each unit of alcohol was 50p, then a bottle of wine containing 9.4 units of alcohol could not be sold for less than £4.70. A minimum pricing for alcohol would inevitably lead to alcohol becoming more expensive (nowadays you can get a bottle of wine for £3). Minimum pricing would target high-strength alcohol that is usually sold very cheaply (beer and cider with 9-10% alcohol content, cheap wine and spirits). It is claimed that by making these types of drinks more expensive that this would help to reduce alcoholism among heavy drinkers, and binge drinking among younger drinkers.

What are the arguments in favour of minimum pricing for alcohol? The non-profit group Alcohol Concern state that minimum pricing would go a long way to resolving the serious alcohol-related problems that we have in the UK. For example, alcohol contributes to 60 different diseases, making it a leading cause of premature death in this country. In addition, alcohol-related harms cost the NHS £3.5 billion each year – so there is a clear economic incentive to reduce the abuse of alcohol. Alcohol-related crime is estimated to cost taxpayers £11 billion each year – think of how much violence – domestic and public – is due to the influence of alcohol; I would wager that the majority of it is.

A report entitled, Alcohol: Price, Policy and Public Health, issued by Scottish Health Action on Alcohol Problems (SHAAP), looked at the association between the price of alcohol and the levels of alcohol-related problems in a given society. By analysing the trends in alcohol consumption, it seems that as the price of alcohol goes down, the consumption of alcohol increases. Between 1980 and 2005, alcohol has become 62% more affordable.

The main culprit in discounting alcohol prices and making alcohol cheaper through offers (e.g. buying in bulk) has been the supermarket chains. Cheap alcohol dominates the lives of drinkers because supermarkets dominate the market. People are more inclined to purchase cheap alcohol from a supermarket or off-license before a night out – if people can get drunk at a low cost, then they will. One of the aims of minimum pricing would be to discourage this style of drinking.

Some of those who criticise minimum pricing point out that some countries (such as Scandinavia) have a high alcohol taxes and prices, but still have alcohol problems, whereas other countries (such as Italy) have cheap alcohol, but do not have alcohol problems that we have (such as a binge-drinking culture). However, if we look at a factor such as liver disease, it does turn out that where alcohol is cheap, liver disease is more prevalent. Just because a country has alcohol-related problems and high alcohol prices, this does not mean that the high alcohol price is still not preventing many alcohol-related problems. Minimum pricing, many argue, is just one part of a complex strategy to reduce alcohol-related harms.

Despite these seemingly convincing arguments, there are many reasons why a minimum pricing for alcohol is a bad idea. First of all, there does not seem to be a majoritarian support for its introduction – so if the government introduced it for ‘public health concerns’, this would still be a very undemocratic move. We really need to ask ourselves if we want the government to become a nanny-state, controlling the price of alcohol for the sake of our well-being.

From a libertarian perspective, the price of alcohol should be dictated by a free market (without government intervention). The government has no business in regulating the alcohol industry, and by doing so; by raising the price of alcohol that is, they would cause great losses to businesses which sell cheap alcohol. These businesses thrive by selling cheap alcohol, and if there was minimum pricing, then they could no longer compete with businesses which sell more expensive alcohol.

Furthermore, choices such as binge-drinking and alcohol abuse are ultimately in the hands of the individual. If someone decides to damage their liver and other vital organs through heavy drinking then that is their decision – they are a free agent and must face the full consequences of their actions. For those who do not want to see their liberty violated, then they should oppose a minimum pricing for alcohol. In addition, if there should be a minimum price for alcohol for the sake of public health, should there not also logically be a minimum price for fast food? I don’t think we want to go down that road – the government should not decide what we put in our bodies.

We should also remember that, regardless of the price, alcoholics will get hold of alcohol. The fact that addictive drugs such as heroin and cocaine are expensive and difficult to get does not seem to prevent addicts from getting them – in fact, many addicts have to resort to crime in order to fuel their habit. The worst aspect of minimum pricing would be that it would affect the poor the most. The middle class and wealthy would not be affected greatly by minimum pricing, but for the poor, it would mean a serious restriction on their ability to purchase alcohol – why should a large proportion of society be punished for the destructive and irresponsible actions of a minority (binge drinkers and alcoholics)?

Responsible drinkers would be punished as a result of minimum pricing legislation – they would be forced by an authoritarian government to pay more for alcohol for no reason whatsoever. The statistics emphasised by Alcohol Concern may indeed be valid, but the cost and harms of alcohol-related problems may not actually be strongly linked to the price of alcohol. In addition, perhaps binge-drinking is more of a cultural phenomenon than a reflection of prices in alcohol – many Eastern European countries have much cheaper alcohol than we do, although they don’t have this problem; except for the Brits who go to Eastern Europe for binge-drinking holidays.

Raising the price of alcohol to prevent alcohol-related harms would be like raising the price of cars to prevent the harms of reckless driving. The most effective way to preserve the free market and our liberty, whilst also minimising alcohol-related harms, is through well-informed education. People will always be able to ruin their lives by abusing alcohol, but in order to prevent them from doing so, without using force or coercion, is through persuasion and reasoning. We need a cultural, attitudinal change, not a legislative one.  Young people should be made fully aware of the dangers of alcohol and alcoholics should receive effective treatment (perhaps abstinence-based recovery, which Russell Brand praises as the most effective method).

Minimum pricing may seem like an easy solution to the problem, but in reality, it would transform the government into a nanny-state, not to mention annoy everyone who likes to drink. There also does not seem to be any strong evidence which suggests that minimum pricing would tackle alcohol abuse among young drinkers and alcoholics. If binge drinking and alcoholism are the issues at hand, then the social and psychological root of these problems should be addressed – minimum pricing would be a superficial solution and, as I claimed earlier, it would discriminate against responsible drinkers.