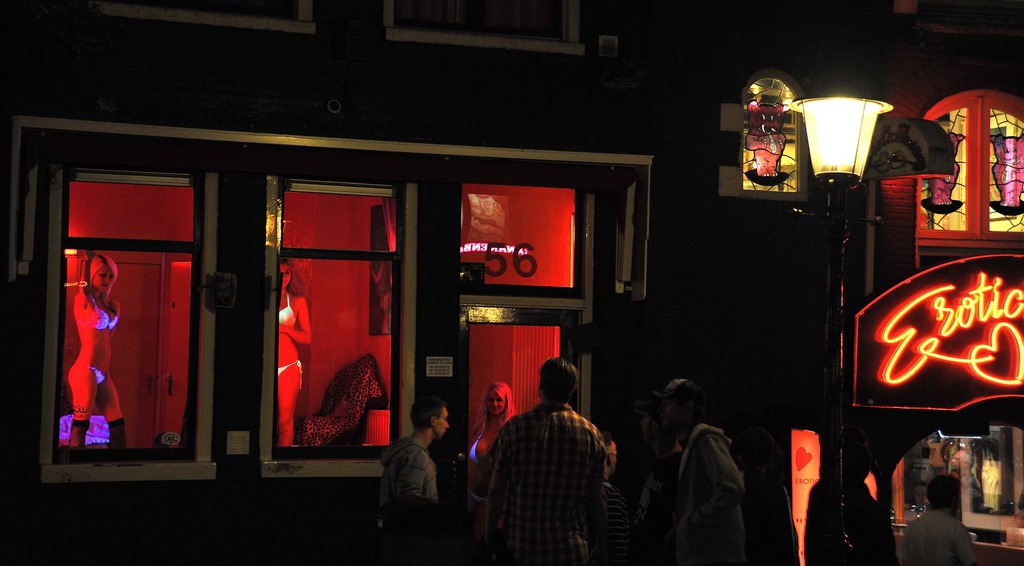 The amendments made to the Policing and Crime Act (2009) mean that all forms of public solicitation (‘kerb-crawling’ or being in public, looking to sell or pay for sex) are illegal. According to the present law, one prostitute may work from indoor premises, but no more; otherwise the place is considered a brothel. The law is less harsh on prostitutes – today, a prostitute commits a crime if they solicit or loiter the streets more than once in a month. The worst and most harmful aspects of prostitution – from the women involved in society at large – come from its illegality. Far from degrading women and promoting immoral behaviour, legalising prostitution would actually protect a woman’s health, safety and individual rights.

Since prostitution is illegal and has been driven underground as a result, it is difficult to know how many women are engaged in “the world’s oldest profession”. However, it is estimated that around 100,000 women are engaged in the industry. In the late 2000s, a report carried out by the Poppy Project (under the Eaves Housing for Women, a feminist charity), found that brothels are very common in London, with 71 in the Westminster area alone. They don’t tend to operate through actual brothel houses but under the cover of legitimate businesses, such as massage parlours. The Poppy Project estimated that collectively the brothels generated £50m to £130m a year.

Between 7% and 8.8% of men in the UK have used a prostitute at some point, a sign that the legal status of the sex trade has not eradicated its popularity. It seems, then, based on these figures, that far from stamping out prostitution, keeping it illegal just keeps it hidden and immune to any sort of government regulation.

As with any illegal trade, criminals will always prosper. The pimps, drug dealers and human traffickers at the head of this profitable industry are under no license, no contract and abide by no regulations, so they can extort sex workers and treat them in an extremely immoral and undignified way. One of the arguments against legalisation is that it would foster even more exploitation. As much as I can sympathise with this claim, so long as legalisation would do away with exploitative criminals, I think it should be the preferred solution.

There is also an economic incentive to legalise prostitution (although the main incentive should be a moral one, based on an assessment of the benefits and risks). The economic incentive is that a legalised industry of prostitution could be taxed, and – since it is a profitable industry (generating around £700m a year) – society gains tax revenue that would have otherwise been lost.

There is also an argument that legalising prostitution would go a long way to protecting the health of all the women involved. There is no enforcement of safe practices (such as HIV testing and use of contraception), so women who work in this industry are not only more susceptible to contract HIV/AIDS, but so are the customers. If the UK adopted a system of legalisation present in the Netherlands, which is based on harm reduction, then cases of STDs caused by prostitution could dramatically decrease.

The Dutch model, however, is not ideal. First of all, the legalisation of prostitution has increased the number of sex workers and has resulted in an increase of trafficking. Instead of making brothels discrete, women are now displayed in shop windows in a degrading manner. And although prostitutes have been afforded rights, abusive pimps are still rampant, as many sex workers are too scared to complain. In addition, the tax revenue has not been substantial since many women are too embarrassed to register for tax under the name of their profession.

These are important concerns. They show that legalisation, in and of itself, is not an easy solution. Since there are many obvious benefits that come from legalising prostitution, if the negative consequences of the Dutch model can be safeguarded against, then those in favour of legalisation will have a better case on their hands.

In an article titled, Does Legalised Prostitution Increase Human Trafficking? Professor Eric Neumayer, Dr Seo-Young Cho and Professor Alex Dreher found that countries (they studied 116 countries) where prostitutes are legalised have larger amounts of human trafficking. Pro-legalisers might make the argument that legalisation would reduce rates of human trafficking since the legal industry would outstrip the illegal industry; but despite this, because legalisation expands the market, the end result is still more trafficking. The trafficking of young women and girls, often with the use of force and coercion, is the most depressing aspect of the industry and no-one wants to see it thrive. However, as the article concludes:

The likely negative consequences of legalised prostitution on a country’s inflows of human trafficking might be seen to support those who argue in favour of banning prostitution, thereby reducing the flows of trafficking. However, such a line of argumentation overlooks potential benefits that the legalisation of prostitution might have on those employed in the industry. Working conditions could be substantially improved for prostitutes—at least those legally employed—if prostitution is legalised. Prohibiting prostitution also raises tricky “freedom of choice” issues concerning both the potential suppliers and clients of prostitution services.

Indeed, from a libertarian perspective, the freedom of choice, of both seller and buyer, should be protected and untouched by government intervention. While there are many dark aspects to the prostitution industry, there are still sex workers who are in the profession out of choice and consent, and there are customers who seek their services, so why should both parties be punished for something which, when done right, is consensual, harmless and victimless?

Regardless of whether the profession should be regarded as “immoral” or “degrading” or not, some feminists still support legalisation because it would afford sex workers the safety guarantees, labour rights and human rights that they are entitled to. Sex work is legitimate, but in order to protect the women involved, the negative dimension of the industry needs addressing – we need to do away with the thugs and the human trafficking, and find a way to help those who go into the profession so that they can fund a drug addiction.