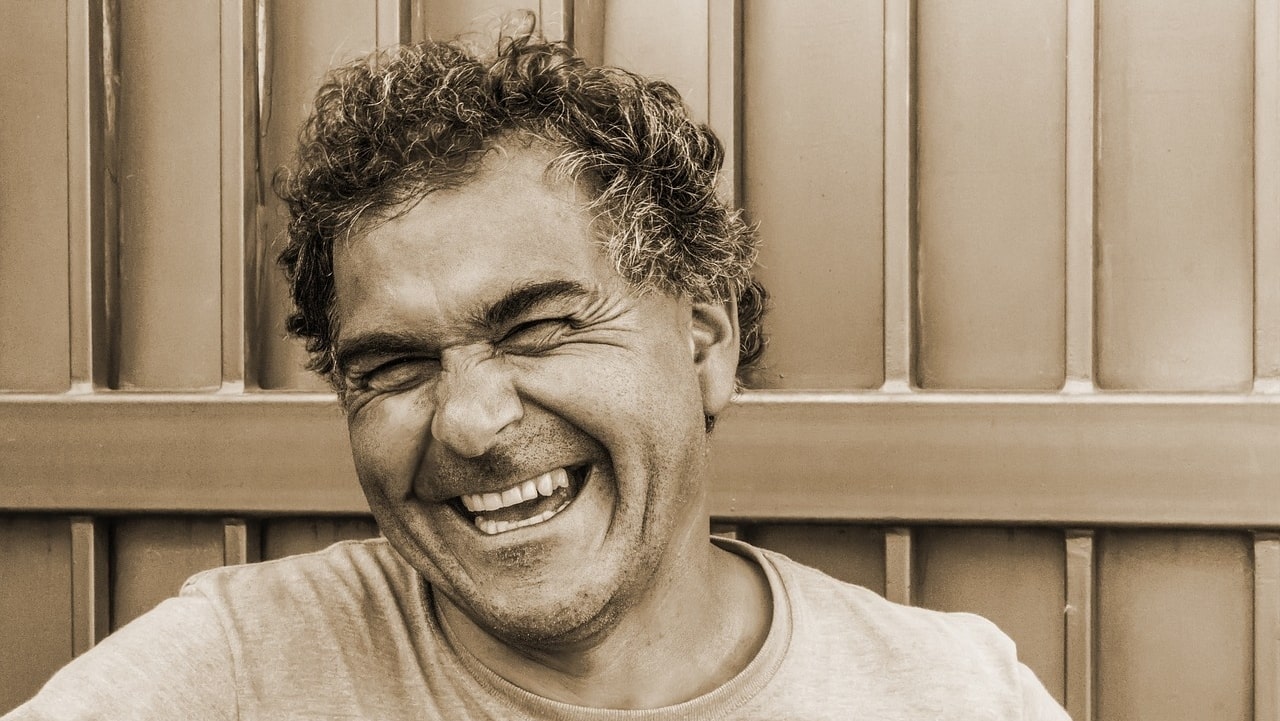 Being a happy pessimist may sound like a contradiction in terms, but really, there is nothing inherently incompatible about being both happy and a pessimist. Here I should make a distinction between philosophical pessimism and what can be called dispositional pessimism.

The former is a philosophical worldview, which proponents believe is an accurate perception of reality, whereas the latter is a kind of psychological disposition, an emotional tendency. Pessimism, as a prevailing mood or inclination, involves focusing on the negative, seeing the worst aspects of things, believing that the worst will happen, and hopelessness. It is a doom-and-gloom kind of mindset.

What is Philosophical Pessimism?

Philosophical pessimism, in contrast to dispositional pessimism, is an umbrella term for a broad range of beliefs. However, what these beliefs share in common is the aim of facing up to the harsh realities of existence.

For example, philosophical pessimism includes the belief that existence is a net negative, usually because the bad things in life outweigh the good, either in terms of how frequently undesirable things visit us or due to the stronger impact that unpleasant experiences have on us than pleasant experiences. The German philosophers Arthur Schopenhauer and Eduard Von Hartmann and the South African philosopher David Benatar hold this view.

Schopenhauer, for example, contends that there is a fundamental asymmetry between pleasure and pain; he believes that “pleasure is only the negation of pain, and that pain is the positive element in life”. In this way, we can think of pleasure – be it related to food, sex, achieving a goal, and so on – as merely the cessation of a previous state of unsatisfactory striving and deprivation (e.g. hunger). Pain, on the other hand, positively impresses us and outweighs pleasure in terms of its intense effect on us and how much it absorbs our attention. We also take the beneficial things in our life – such as good health – for granted, but pain is not something that we can so easily or habitually ignore. As Schopenhauer writes in The World as Will and Representation (1818):

Just as we do not feel the health of our whole body, but only the small spot where the shoe pinches, so we do not think of all our affairs that are going on perfectly well, but only of some insignificant trifle that annoys us

Another philosophically pessimistic belief is the notion that human existence is absurd. The French-Algerian writer Albert Camus argued in The Myth of Sisyphus (1942) that as humans we crave meaning yet the world does not offer it to us. Instead, our lives are futile and absurd – Camus likens our situation to that of Sisyphus in Greek mythology, who was punished by the gods and forced to roll a giant boulder up a mountain, only to have it roll to the bottom once he reached the top. This he had to repeat for eternity. For Camus, this is comparable to modern working life.

The Norwegian existentialist Peter Wessel Zapffe has made similar claims, although adding that the reason for this absurd situation is that we have an overly evolved intellect, an over-abundance of consciousness. In the 1990 documentary The Philosopher Peter Wessel Zapffe in his 90th Year, Zapffe states:

Man is a tragic animal. Not because of his smallness, but because he is too well endowed. Man has longings and spiritual demands that reality cannot fulfill. We have expectations of a just and moral world. Man requires meaning in a meaningless world.

Philosophical pessimists may believe boredom is intrinsic to human existence. When we cease striving and being active, we predictably become bored. In The Trouble With Being Born (1973), the Romanian philosopher Emil Cioran argues this is not the case with other species, who are quite content with monotony. Another pessimistic view is that knowledge of our mortality and the unstoppable passing of time is a constant source of distress and dread.

In addition, some philosophical pessimists concern themselves with the idea of progress, including social and moral progress, and the future for human well-being. Hartmann expresses a pessimistic view on human progress in his work Philosophy of the Unconscious (1869):

However great the progress of mankind, it will never get rid of, or even only diminish, the greatest of sufferings – sickness, age, dependence on will and the power of others, want, and discontent.

If you hold any of these pessimistic beliefs to be true, how can you be happy? At first glance, it would seem that philosophical pessimism and dispositional pessimism would go hand in hand. However, there’s no reason that being a philosophical pessimist has to make you miserable. You can adopt the Buddhist belief, contained in the First Noble Truth, that life is dukkha (a term meaning unsatisfactoriness), while still aiming for – and achieving – happiness.

Firstly, while philosophical pessimists assert the world does not offer us meaning, this does not mean life is ultimately meaningless. You can still lead a meaningful life while believing that there is no cosmic or transcendent meaning out there.

The psychiatrist Viktor Frankl posited that human beings are driven by the search for meaning (the ‘will to meaning’ as he called it), but also believed we can attain it. According to Frankl, there are three possible sources of meaning: creating a work or doing a deed, relationships, and the attitude we take toward suffering. All three elements are as much available to the philosophical pessimist as they are for the philosophical optimist. And for Frankl, it is only in the pursuit and attainment of meaning through these aspects of life that we can experience true psychological well-being.

Happiness results as the “unintended side effect” of the search for meaning, according to Frankl; but it is not the result we should be aiming for since he claims that the search for meaning is our primary motivation in life. Let’s now turn to the three ways in which humans can find meaning.

First of all, there is meaningful work or a meaningful deed, which would include a job or action that makes a positive difference to the lives of others, such as enhancing someone else’s well-being or knowledge. (Interestingly, philosophical pessimism may animate compassion more easily than philosophical optimism since it is a worldview that aims to see the suffering of all sentient creatures as clearly and fully as possible.)

Many of us find work and actions meaningful when they are directed towards something larger than ourselves, such as a cause. Purposeful work could also include artistic projects. The first source of meaning for Frankl is creative in nature.

Love is the only way to grasp another human being in the innermost core of his personality. No one can become fully aware of the very essence of another human being unless he loves him. By his love he is enabled to see the essential traits and features in the beloved person; and even more, he sees that which is potential in him, which is not yet actualized but yet ought to be actualized. Furthermore, by his love, the loving person enables the beloved person to actualize these potentialities. By making him aware of what he can be and of what he should become, he makes these potentialities come true.

In his book I and Thou (1923), the Jewish existentialist Martin Buber similarly argued that humans find meaning in life through their relationships, but only through a certain kind of relationship, which he termed I-Thou: this refers to a living, direct, and mutual relationship with another (which, for Buber, doesn’t have to be another person; it can also be a non-human animal, nature, or God). In such a relationship, the other person, for example, is not separated by discrete bounds. In an I-Thou relationship, another person becomes a presence, experienced in their wholeness. It is a genuine form of dialogue, which can be either spoken or silent.

This contrasts with what Buber calls an I-It relationship. This is when you relate to another person as a distant thing that is experienced, analysed, compared, and manipulated. Buber states that “all real living is meeting” – and it is only through I-Thou that we experience a truly meaningful relationship with another. The meeting involved in genuine dialogue is, for Buber, a rare experience. It is an almost mystical experience that allows us to encounter God, which Buber referred to as the “Eternal Thou”. God is the only Thou that cannot become an It.

Whether you agree with the religious aspect of Buber’s dialogical existentialism (existentialism based on dialogue), you may still nonetheless hold onto his notion of human relationships having the potential for significant meaning.

Frankl’s third wellspring of meaning is how we freely respond to unavoidable suffering. This involves transforming the suffering into a triumph, a personal achievement. As Frankl sagaciously put it: “When we are no longer able to change a situation, we are challenged to change ourselves.” By growing through suffering or finding value or reason in it, we imbue it with meaning. Likewise, Friedrich Nietzsche thought much greatness in individuals was owed to great suffering, adding that we have to make suffering meaningful in order to bear it.

This is because telic activities (e.g. getting a job or buying a house) have a point of completion, whereas atelic/autotelic activities cannot be exhausted of enjoyment. Examples of the latter would include time spent with friends and loved ones, creative pursuits, listening to music, appreciating art, travelling, hiking, and spending time in nature.

Concerning connection, you will recall that Buber claimed genuine dialogue is rare. Indeed, while we can all strive to relate to each other empathetically, many philosophical pessimists believe that isolation is inescapable: as separate minds, there will always be a barrier that prevents us from truly understanding each other’s experiences.

Of course, this doesn’t necessarily mean relationships are only fulfilling if they are based on the rare I-Thou experience. You can still garner a great deal of fulfilment from relationships based on empathy, love, humour, respect, trust, and admiration; yet at the same time believe that humans are plagued by fundamental isolation. You may also see meaninglessness and futility as fundamental at the cosmic level but still derive happiness from affairs on the planetary, societal, interpersonal, and individual level.

A philosophical pessimist can commit to the pursuit of meaning and enjoyment (as outlined above), experience happiness a lot of the time, and find life to be worthwhile and a blessing in many respects. However, this does not preclude the experience – and related belief – that human life contains a plethora of unnecessary suffering and dissatisfaction.

One can, as recommended by the Buddha or Schopenhauer, strive to detach oneself from craving or willing, in the attempt to suffer less. If you are a philosophical pessimist, you might deny the possibility of eliminating suffering completely (this state is known as enlightenment in the Buddhist tradition and moksha in the Hindu tradition). You may also reject the notion that you could be happy or feel content more of the time than not.

But again, philosophical pessimism does not necessarily have to be about whether your particular life is a net positive or net negative. You may, through serious effort, achieve a primarily content life through meaningful and enjoyable activities. Nevertheless, the human condition in general, in its default state of affairs, is marked by more suffering than happiness, according to philosophical pessimists, such as Schopenhauer.

As I hope this discussion has clarified, this desire to be realistic is compatible with the following: the desire to draw happiness from life, the considerable effort involved in that pursuit, and the ability to achieve fruitful results from that pursuit. This is the path of the happy pessimist.

Originally published on The Apeiron