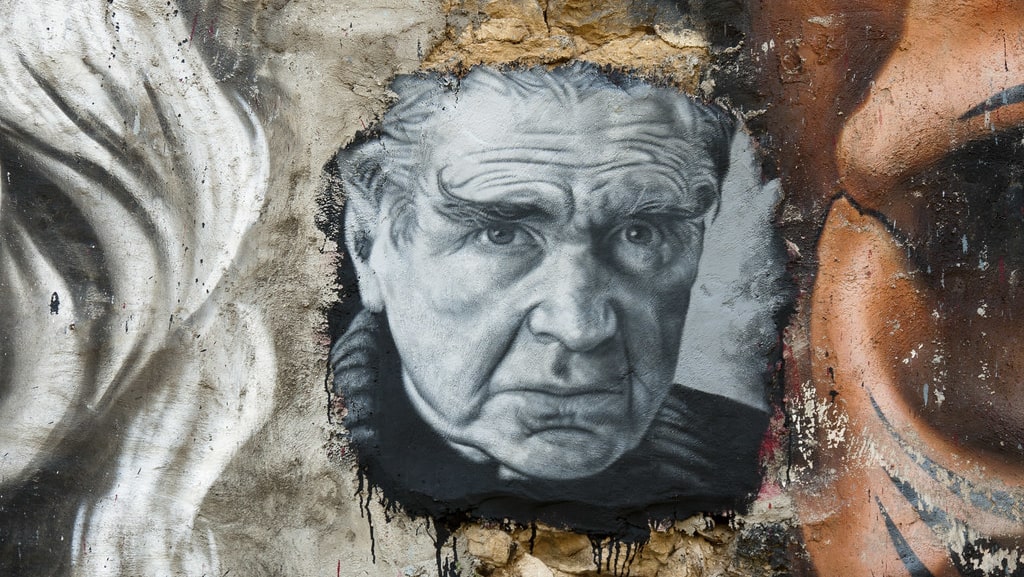 The Romanian philosopher Emil Cioran (1911 – 1995) was a precocious thinker, reading the likes of Diderot, Dostoevsky, Flaubert, Schopenhauer, and Nietzsche at the age of 14 (the latter having a major influence on his work). His precociousness was later exemplified by first major philosophical work, On the Heights of Despair, published in 1934, when Cioran was just 22 years old. This work also earned him the Prize of the Royal Academy for young writers, one of two literary awards he accepted (Cioran also accepted the prestigious Rivoral Prize, in 1950; but every other award he was given, he rejected).

On the Heights of Despair displays the young Cioran’s philosophically pessimistic outlook and brooding thoughts, all captured in his elegant, lyrical style of writing. In this work, we moreover find reflections on insomnia, a condition that Cioran long suffered from. He writes:

The importance of insomnia is so colossal that I am tempted to define man as the animal who cannot sleep… there is not another animal in the entire creation that wants to sleep yet cannot.

As well as insomnia, themes explored in his first work include all the joyous staples of the great pessimists: death, suffering, nothingness, nihilism, anguish, and the absurd, themes that recurred in Cioran’s later works, such as The Trouble With Being Born (1973), which was my first introduction to the philosopher’s thoughts and musings.

With a long-standing predilection for philosophical pessimism, owing to Arthur Schopenhauer, when I first came across some of Cioran’s dark, ironic aphorisms, I was an instant fan and was eager to explore some of his work. The Trouble With Being Born is one of his best-known books and, since it was published in his later years, I thought it would be a more mature example of his writing style and philosophy. So it seemed like a good place to start. At the same time, I thought The Trouble With Being Born could be risky reading. Based on the book title alone, I expected Cioran’s thoughts to be so pregnant with dreariness that my day would be ruined after absorbing too many of them. Yet reading The Trouble With Being Born was actually a quite different experience.

Truthfully, Cioran is dour and despairing in much of his writing, which is what you might expect from someone extolling antinatalism, the view that procreation is wrong, based on the serious harm that follows coming into existence (the gist of which is of course expressed by the book title The Trouble With Being Born). But moroseness and poignancy are just one aspect of Cioran’s aphorisms. There is also solace, compassion, wisdom, realism, and soul-baring honesty in his words, as well as a concern for the more mystical and spiritual aspects of life. Like Schopenhauer, Cioran defends the value of living an ascetic sort of life.

I think part of the comfort in reading Cioran comes from his uniquely dark and bitter sense of humour and his acerbic wit. His humour is perhaps best encapsulated by the French title of this book: De inconvénient d’être né (literally meaning On the inconvenience of having been born), “a phrase at once sardonic and tragic, a combination emblematic of Cioran’s twilight thought,” as the philosopher Eugene Thacker notes in the foreword to Richard Howard’s English translation. (Thacker is a notable philosophical pessimist himself and the author Cosmic Pessimism which, similar to Cioran’s work, consists of aphorisms and fragments.)

For me, Cioran feels like a mix of Schopenhauer and the character Mark Corrigan from the British sitcom Peep Show; so you have expressions of a bitter, misanthropic attitude, but it comes packaged as comedy, the kind of tragicomedy that Thacker alludes to, inviting us to mock our personal troubles and afflictions, to poke fun at the human condition itself. And this is why I find so many of Cioran’s aphorisms strangely uplifting.

Cioran also strongly affirmed his role as a comedian. He was once invited to speak in Zurich and when being introduced before his speech, he was compared to the likes of Kierkegaard and Schopenhauer. In response to this high praise, Cioran said, “But, I’m just a joker.” Of course, Cioran was much more than a joker, but he was known to be averse to admiration and success, keenly aware of their dangers as he was; although this aversion may relate to his self-critical nature as well.

The Trouble With Being Born contains many brilliant and insightful aphorisms. Here are some of my personal favourites, which should give you a taste of Cioran’s style:

A zoologist who observed gorillas in their native habitat was amazed by the uniformity of their life and their vast idleness. Hours and hours without doing anything. Was boredom unknown to them? This is indeed a question raised by a human, a busy ape. Far from fleeing monotony, animals crave it, and what they most dread is to see it end. For it ends, only to be replaced by fear, the cause of all activity. Inaction is divine; yet it is against inaction that man has rebelled. Man alone, in nature, is incapable of enduring monotony, man alone wants something to happen at all costs — something, anything…. Thereby he shows himself unworthy of his ancestor: the need for novelty is the characteristic of an alienated gorilla.

“What do you do from morning to night?”

Having always lived in fear of being surprised by the worst, I have tried in every circumstance to get a head start, flinging myself into misfortune long before it occurred.

I have all the defects of other people and yet everything they do seems to me inconceivable.

I was walking late one night along a tree-lined path; a chestnut fell at my feet. The noise it made as it burst, the resonance it provoked in me, and an upheaval out of all proportion to this insignificant event thrust me into miracle, into the rapture of the definitive, as if there were no more questions—only answers. I was drunk on a thousand unexpected discoveries, none of which I could make use of. …
This is how I nearly reached the Supreme. But instead I went on with my walk.

Time, fertile in resources, more inventive and more charitable than we think, possesses a remarkable capacity to help us out, to afford us at any hour of the day some new humiliation.

The same feeling of not belonging, of futility, wherever I go: I pretend interest in what matters nothing to me, I bestir myself mechanically or out of charity, without ever being caught up, without ever being somewhere. What attracts me is somewhere else, and I don’t know what that elsewhere is.