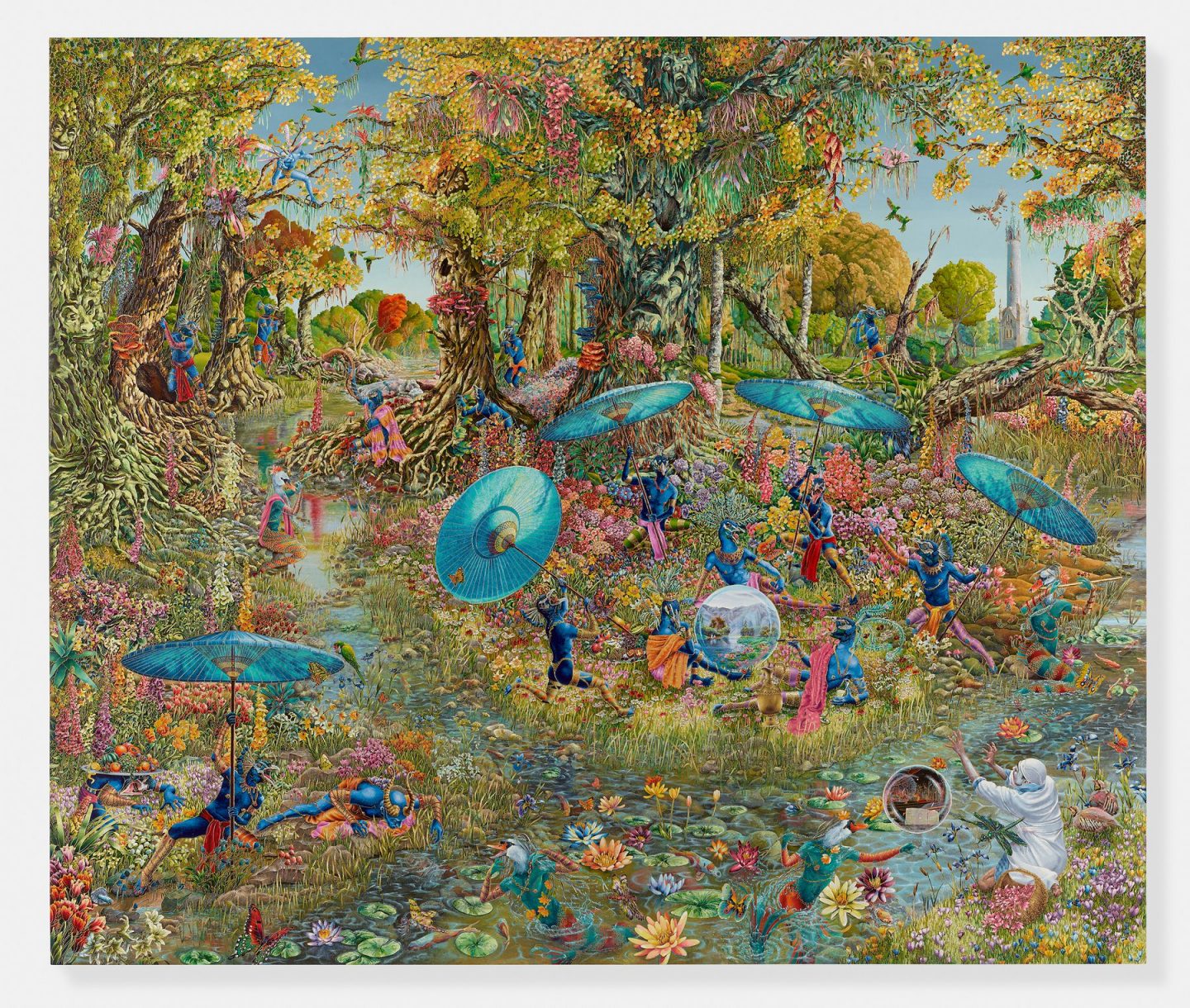 Raqib Shaw is an Indian-born artist, based in London. He is known for his intricately detailed paintings depicting imaginary paradises. Shaw’s fantastical paintings are, in part, influenced by the disputed territory of Kashmir in northern India, which Shaw has described as “paradise on earth”. The artist was born in Kashmir and grew up in the region, but when a civil war broke out in 1989, Muslim fundamentalists forced the Hindu population to leave. Shaw’s exile from his homeland and his longing for Kashmir is portrayed by his paintings, which often illustrate the idyllic, lush, and mountainous scenery typical of the region.

Shaw’s influences are eclectic, drawing on Western and Eastern artistic styles; for instance, in his phantasmagorical paintings, we can see Persian carpet designs, Northern Renaissance painting, and Japanese artistic influences. His paintings burst with colour and give the impression of great opulence, achieved by the jewel-like surfaces, images outlined in gold, and the cornucopia of food and luxurious objects on display. Shaw’s artwork is also inspired by that of 15th-century artist Hieronymus Bosch, in particular, Bosch’s famous triptych oil painting ‘The Garden of Earthly Delights’. Shaw’s artwork, for me, is also quite reminiscent of the surreal paintings of contemporary art duo Interensi Kazki. 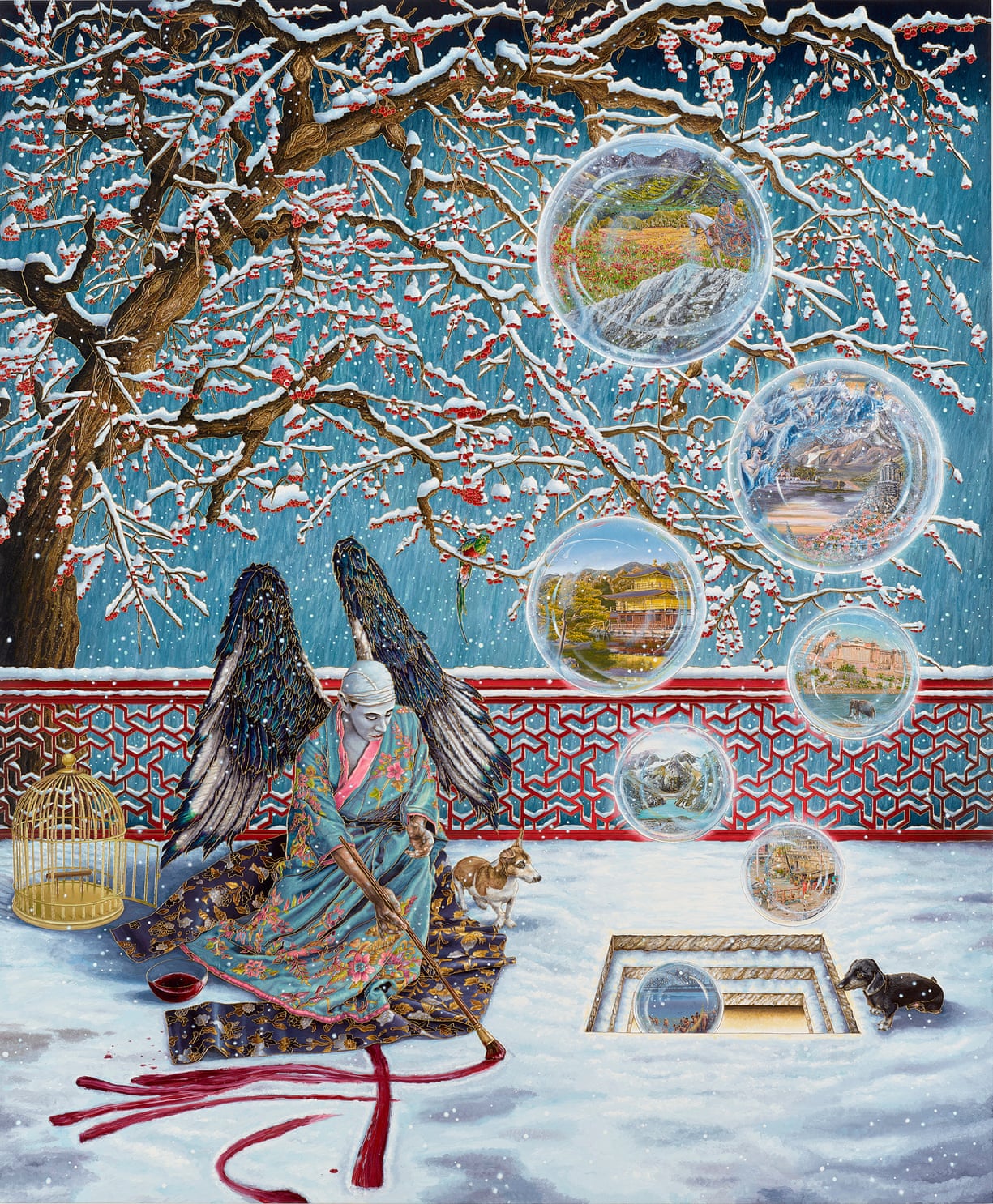 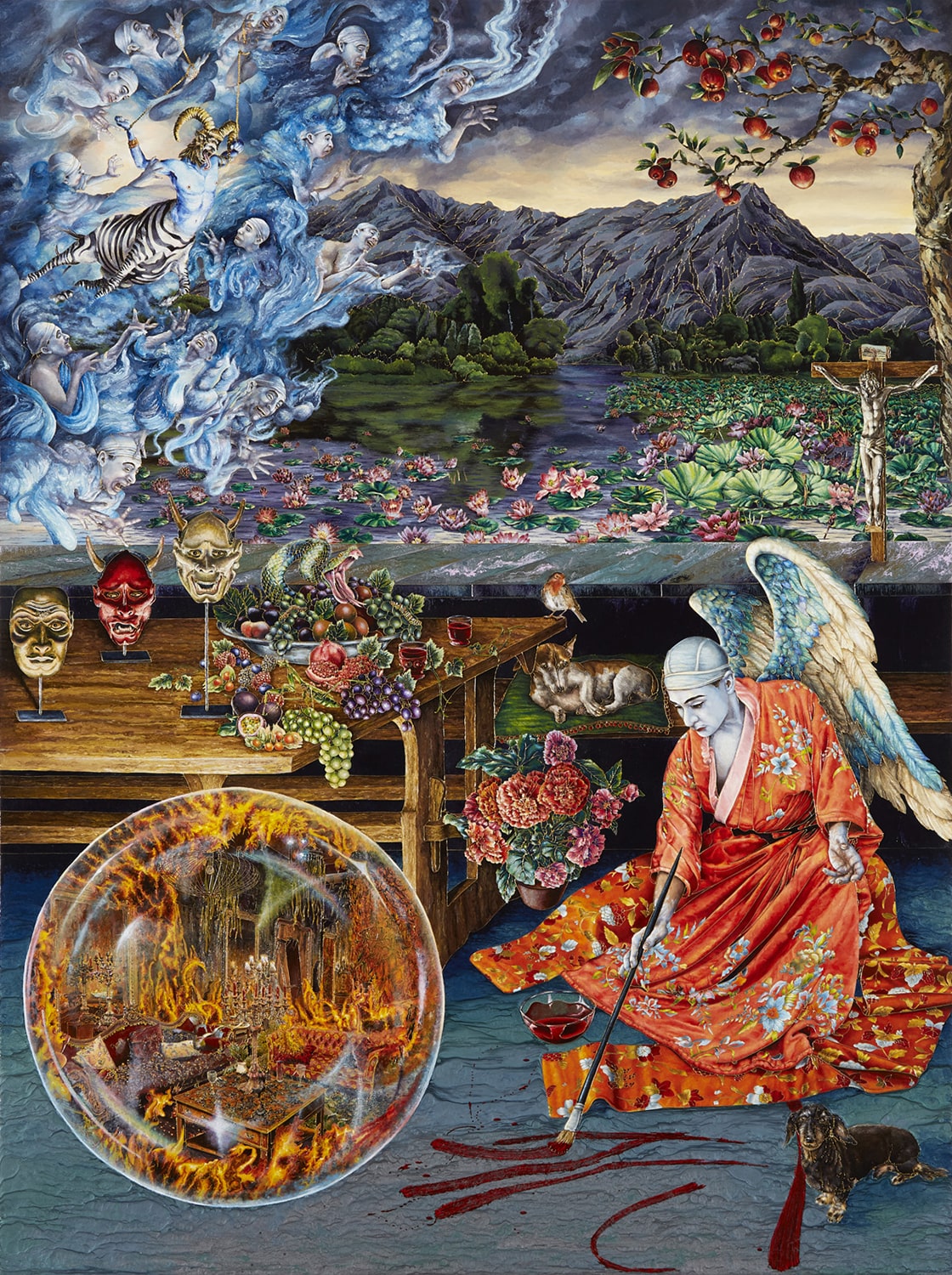 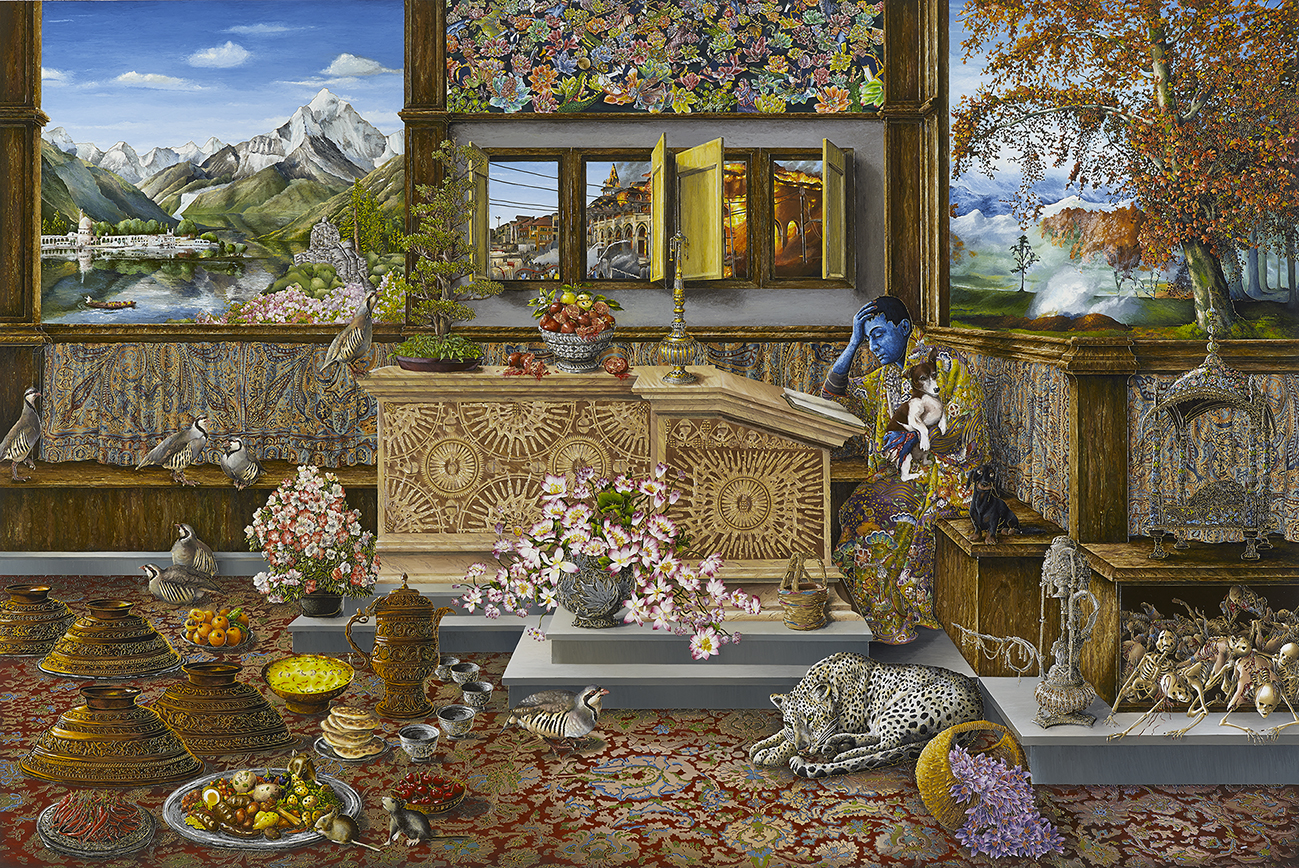 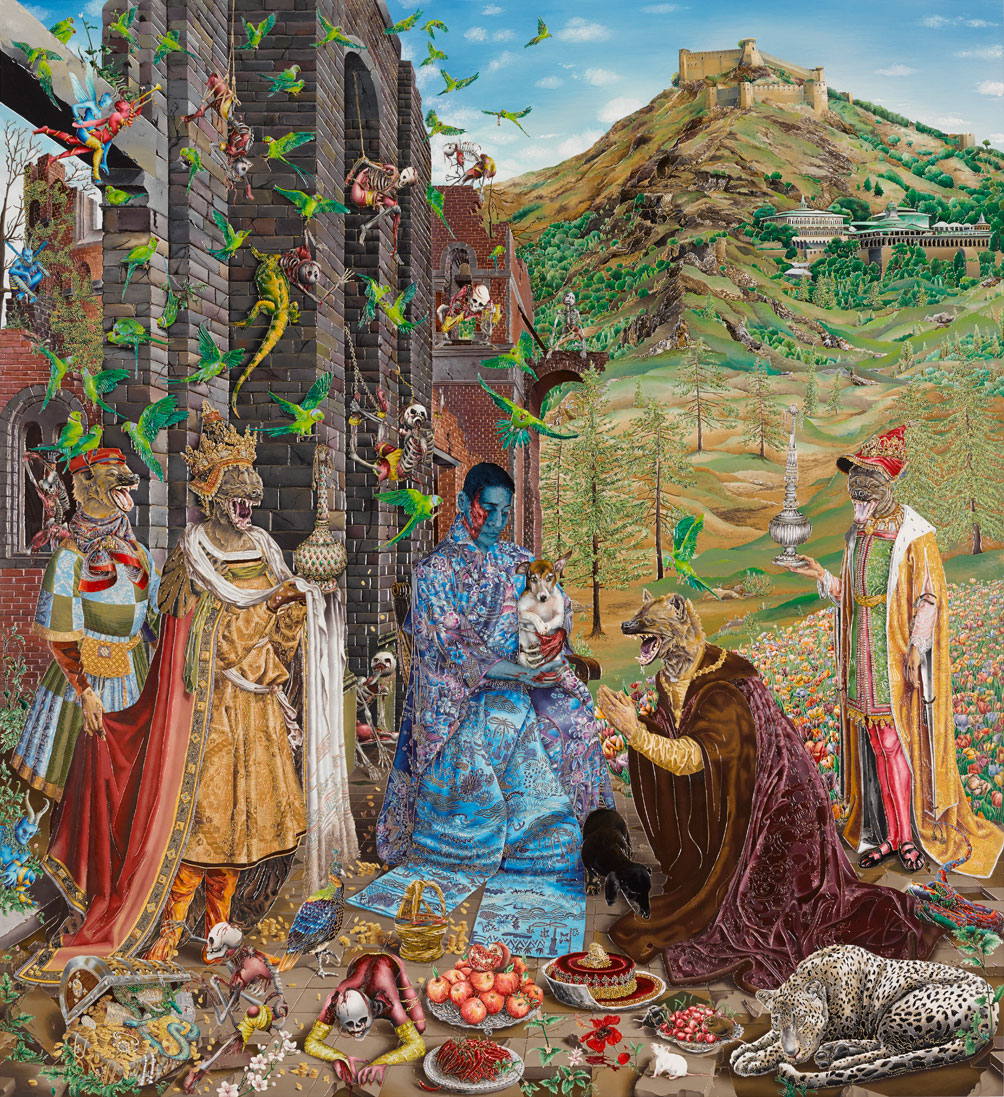 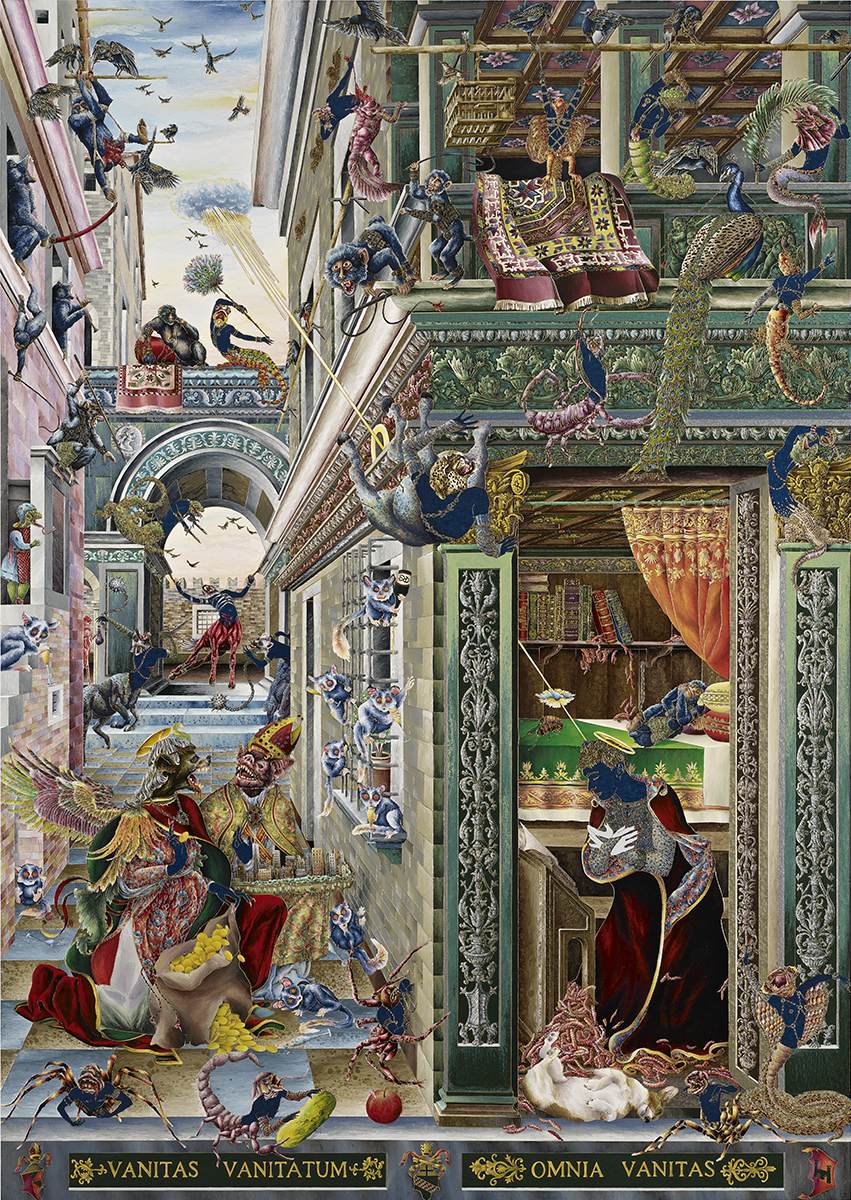