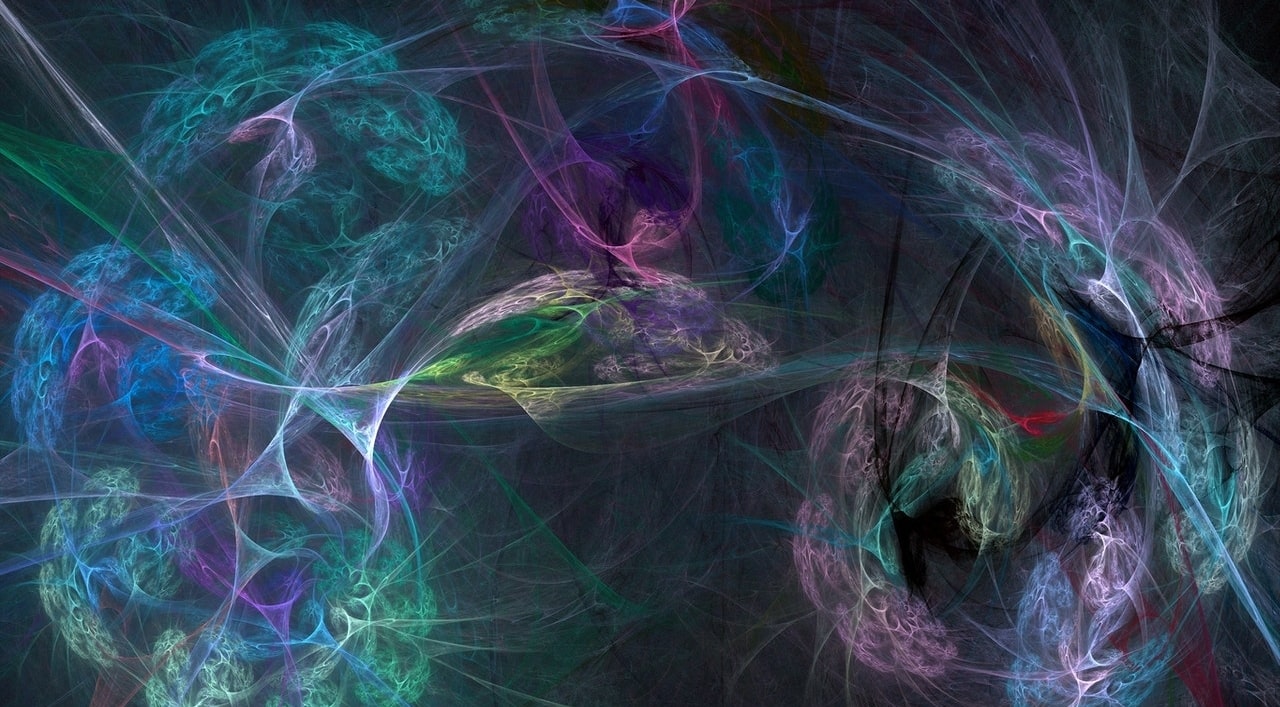 The company SoundSelf has developed VR technology that can induce altered states of consciousness. Interestingly, the technology helps you slip into a somewhat psychedelic state through the use of your own voice. By breathing deeply and exhaling in extended tones, you modulate audio and visual stimuli, transforming your consciousness in the process.

Indeed, we have already seen, through our experiment with social media – and the burgeoning research into its effects on us – that technology is very much drug-like, if not deserving its designation as a new kind of ‘drug’. Such research and concern over problematic technology usage has seen, for example, the introduction of a disorder known as internet gaming disorder (IGD) – synonymous with internet use disorder (IUD) – in the fifth edition of the Diagnostic and Statistical Manual of Mental Disorders (DSM-5). The DSM is what psychiatrists use to diagnose an array of mental health conditions. While this particular disorder – and the DSM, more generally – is controversial and disputable, it still nonetheless points to the ability of technology to act like drugs, targeting the reward system in our brain like many potentially addictive drugs and behaviours.

Technodelics, on the other hand, are the psychedelic aspect of technology’s propensity to act like a drug. A technodelic is essentially any technology that induces a psychedelic-like state. There is, of course, some scepticism as to whether VR technology, even the most refined and advanced VR, could induce effects that approach anything like those seen under the influence of psychedelics. Yet both researchers and participants with first-hand experience of SoundSelf’s VR videogame attest to the very psychedelic nature of the experience.

In a paper published this year titled Isness: Using Multi-Person VR to Design Peak Mystical-Type Experiences Comparable to Psychedelics, researchers state that “both PsiDs [psychedelic drugs] and virtual reality can be situated on a broader spectrum of psychedelic technologies.” They conducted a study using a VR game called ‘Isness’ and found:

Participant responses to a commonly used PsiD experience questionnaire (MEQ30) indicates that Isness participants had MTEs [mystical-type experienes] comparable to those reported in double-blind clinical studies after high doses of psilocybin & LSD. Within a supportive setting and conceptual framework, VR phenomenology can create the conditions for MTEs from which participants derive insight and meaning.

As well as SoundSelf’s own technodelic videogame, the company mentions some other examples of technodelics, including Breathscape (Auralab), Microdose VR (Vision Agency), Strata (The Mill), Cosmic Sugar (David Lobser), and Panoramical (Fernando Romallo and David Kanaga). In terms of SoundSelf’s game, many of the reviews are very promising and enticing.

Chris Person, in his review of the game for Kotaku, writes:

Having played it in its Oculus form, it’s hard to describe the intensity of the experience. Imagine being in a virtual tunnel 3D telescoping fractals that pulsate along with the sound of your own voice, which is then fed back to you as an ever-growing, Bodhisattva hum. It looks absolutely absurd when you see someone doing it, but when you’re inside that headset, it’s absolutely sublime. It’s like the virtual reality dream of countless tech nerds, psychonauts and cyberpunks finally made manifest after so many years.

In designing SoundSelf, its creator Robin Arnott wanted the Oculus Rift multisensory experience to emulate certain qualities of the mystical experience: a sense of unity, an intuitive sense of deep truth, sacredness, positive mood, transcendence of time and space, and ineffability. Arnott concedes that SoundSelf doesn’t achieve an intuitive sense of deep truth or sacredness, but maintains it can induce the other effects. And in her review of SoundSelf for Vice, DJ Pangburn finds this to be true. In her own words:

Having experienced SoundSelf, I would agree. While the fusion of beautifully rendered, three-dimensional visuals, monotone singing, and the subwoofer’s vibrations was indescribable, it didn’t produce feelings of deep truth or sacredness. But this might have more to do with VR being in its infancy than any real faults with SoundSelf’s design or concept. In the future, it could be possible for Arnott and other virtual reality developers to reach those lofty goals.

What is encouraging is that there were moments in SoundSelf, especially when the visuals resembled soft or silky holographic shapes, where I felt a sense of unity. In these moments, SoundSelf’s synchronized input and output—the humming, the virtual shapes flying around, and the vibrations—combined to produce a feeling that I was in another space, but still simply existing in or seeing just another aspect of reality within the cosmos.

Equally as important, the game induced a beautiful and seamless trance that made me forgot that I was in virtual reality. Though fleeting, the moments were powerful; something for Arnott and his team to build on in future SoundSelf iterations. The only other way to try and describe SoundSelf is by comparing it to a synaesthetic experience, where sight, sound, and other sensations blur into one.

Arnott’s aim is to help users achieve a sense of oneness of self through the oneness of sensation (synesthesia) that occurs during the experience. Synesthesia is another one of those classic psychedelic effects, which involves stimulation of one sensory modality (e.g. hearing) causing experiences in another or several different modalities (e.g. sight). During a psychedelic experience, then, you can ‘hear colours’ and ‘see sounds’.

VR technology, including SoundSelf, is just in its infancy, of course. It is fascinating to think about how the experiential quality of the games will change as the technology becomes more refined. Indeed, in the coming years, we can expect that the subjective effects will be even more psychedelic, perhaps even indistinguishable from many aspects of the psychedelic experience.

Fully immersive, psychedelic VR could make the psychedelic experience safer, quicker, easier, and more accessible compared to taking psychedelic compounds. The latter can involve long, turbulent, unsettling, and physically uncomfortable experiences, which many people interested in altered states might find unappealing. The VR user has more voluntary control over the experience, not just in the sense that they can modulate the experience through their voice, for example, but also because they can end the experience whenever they want.

On the other hand, some psychonauts may view this as a disadvantage in some instances, as valuable experiences can follow from accepting a lack of control during a psychedelic experience and fully giving into it. It is also questionable whether fully immersive, psychedelic VR, however refined it gets, could replicate the entire panoply of psychedelic effects, including all the intense cognitive and emotional changes, as well as various features of the mystical experience. But in spite of these challenges and uncertainties, the technodelic experience does seem to offer people genuine altered states of consciousness, with the potential to enhance one’s mental well-being.

You can check out Arnott’s appearance on the Voice of VR Podcast to hear more about the goals of SoundSelf and the ways in which it compares to the traditional psychedelic experience.