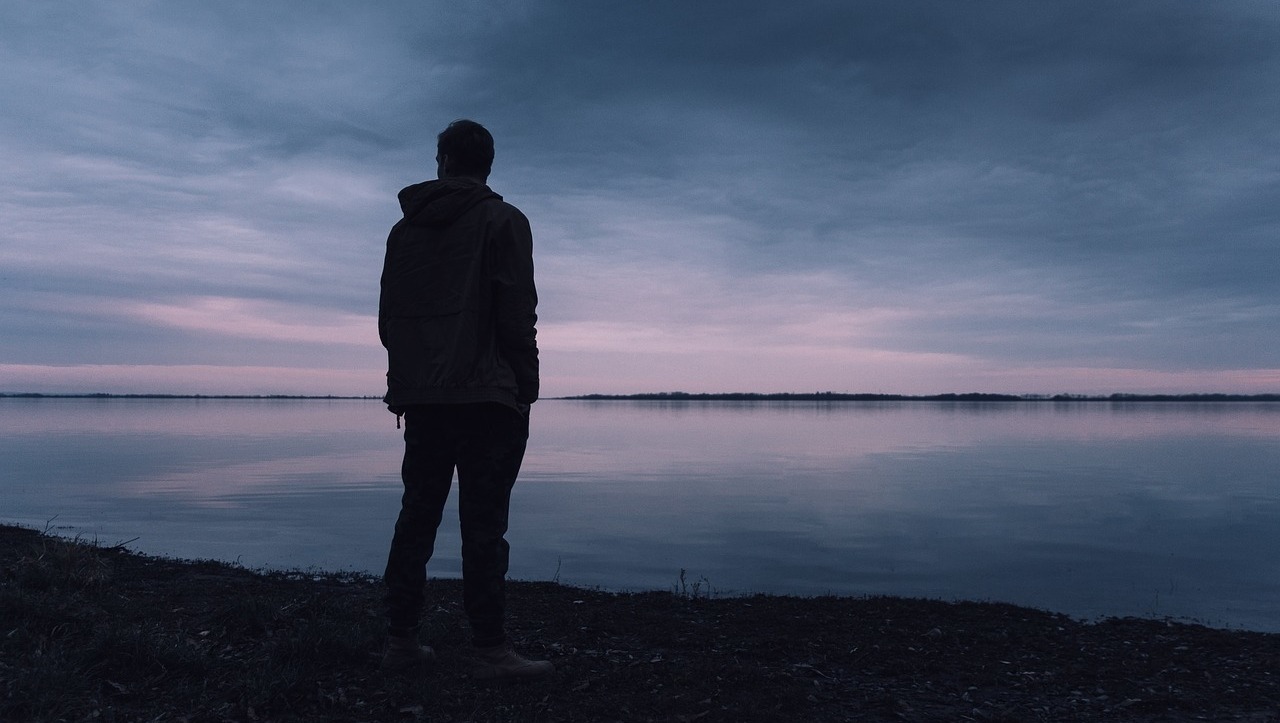 The writer Andrew Solomon is best known for his book The Noonday Demon, a harrowing personal account of clinical depression. In it, he captures the essence of the condition in one sentence: “The opposite of depression is not happiness but vitality.” While depression undoubtedly varies between individuals, it seems to commonly feature this loss of vitality. In fact, contrary to public opinion, depression often isn’t simply prolonged sadness, sorrow, and pessimism. If this were the case, the opposite of depression would, for many sufferers, be happiness. Instead, as I have analogised elsewhere, depression is the ultimate thief who robs you of your vitality.

I would like to delve a bit deeper into this loss of vitality. It is hard to communicate the misery involved in a way that could resonate in the mind of the non-afflicted. There will always be a certain ineffability to the pain and the hidden torture. But as with most compelling descriptions of mental illness, analogy and metaphor can help to convey some semblance of the truth.

The loss of one’s vitality is like the destruction of the self or, at least, a major disintegration. The disintegration is enough that you have lost your personality and identity. I would like to explore this experience further, too. It remains my conviction that a phenomenological approach to mental illness, in which subjective reports are the focus, is desperately lacking. We may read worrying statistics, understand how mental illness disrupts lives, and have some idea of what mental illness looks like in the brain; however, detailed, thoughtful, raw, first-hand accounts of mental illness can be far more powerful in their impact. The experiences must be laid bare, as far as possible, to foster the kind of understanding and compassion that is necessary to lift the burden of guilt, fear, shame, embarrassment, and stigma that weighs heavy on many depressives.

Depression often entails persistent sadness without a cause – or a sadness that extends or inflates far beyond what any cause could normally justify; indeed, the sadness can crush the sufferer to the point of dysfunction and despair. Depression can feel like grief with no object, some heart-wrenching loss without actual loss. But then, if you really focus on the quality of this grief, you may see that there is a death you are mourning. And that’s the death of your self.

When your vitality goes, you lose your self in the process, your humanity, and your fullness. You become soulless. Not completely dead, yet barely alive on the inside. It seems that the energy reserves needed to express your being have been depleted, drained out by some parasitic, blood-sucking entity. And you are just left as a shell – a tired, insecure shell of a person, struggling to breathe and move. This loss of vitality is a process of zombification. As you watch this process unfold, there is nothing to do but watch dejectedly, your mind recoiling in sadness at this death before death.

Depression is the loneliest funeral. No one shows up. No one knows of the passing away. You must die, bury yourself, and grieve, utterly alone. You are the walking dead, isolated, and cast out. You may feel that you are either dying or dead – broken, and rotten at the core, absolutely desperate for resuscitation. But no one knows. No one can help. So you just have to walk past unknowing faces, silently mourning the loss of your self.

During a depressive episode, there is a feeling of estrangement and disharmony. Something gnaws at you, creating a constant state of discomfort. This is the experience of being unable to effortlessly exist in the world – and I believe this, in part, comes down to the loss of identity that is associated with depression. Without an identity, you just go through the motions of life, dragging your withered mind and body to situations that, despairingly, no longer energise you. You feel hollowed out, suddenly bereft of the soul that appears to have been afforded to everyone else and which allows people to interact meaningfully with each other.

When Your Vitality and Identity Return

Depression is not permanent – for the fortunate, anyway. Just as the vitality can be drained out of you, it can return too, perhaps imperceptibly. As normality returns, each week slightly improving upon the last, the visceral horror show of depression starts to fade away. But the fear of that half-death still looms. After all, the memories remain and the adverse effects on your life were real. It can sometimes be hard to forget what it meant to no longer be human.

With the return of the self, you can breathe the same sigh of relief as when your mind and body were filled again with vitality. Perhaps the reconstitution of the self happens incrementally or in a more palpable fashion. However it occurs, it’s as if the amnesia subsides – you no longer forget what it was like to the be the old you. Alternatively, you might find it easier to make the connection between the memory of your old self and your current, non-depressed identity because that more vibrant, expressive self has returned. Now your depressive self seems disconnected from who you actually are.

As the dark sludge and vapours of depression seep out of you, and the heaviness lifts, you start to feel more whole. You can actually recognise who you are. Your personality is more familiar. It’s as if you simply didn’t have enough blood or brain activity to manifest yourself fully when you were depressed, but when depression releases its grip, your blood starts flowing again, and previously shut down aspects of the mind are reanimated. You regain your sense of humour, sociability, interest in things you used to enjoy, your virtues, and positive thoughts and attitudes about yourself, other people, and the world at large.

When the vitality returns it can be an almost ecstatic experience. The pitiful lows of depression may at least offer the consolation of a rejuvenated zest for life once your soul is handed back to you. Coming out of depression is a period of brightening. Your mind and body are replenished with energy and reality at large is, once again, saturated with light and colour.

As you regain your sense of self, you may feel overcome by joy or you may simply feel a kind of normalcy. One essential characteristic of mental health seems to be the capacity to be ourselves, as this is associated with a feeling of personal harmony. Indeed, things will just feel right when the depression lifts, as you know who you are again, your place in the world, what you are capable of, what you can achieve, and what personally gives you meaning. The return of self is tied to a perception of the world as rich, full of opportunities and possibilities for you. A lack of identity, on the other hand, can find its reflection in the world, with reality itself appearing desolate. As the philosopher Hermes Trismegistus famously said, “As within, so without.” Indeed, the self and the world are inextricably linked.

Can Depression Be Beneficial in the Long-Term?

The return of vitality and identity may be accompanied by an unparalleled sense of gratitude. After all, can you really understand the true value of sanity unless you’ve had it taken away? The psychiatrist Russell Razzaque wrote a book titled Breaking Down is Waking Up – and in it, he stresses how mental illness can lead to a kind of spiritual awakening in some people. I don’t doubt this tendency for a second. Recovery from depression can gift you with a renewed (or completely new) appreciation for life, as well as allow you to build positive qualities, such as wisdom, empathy, and kindness. Nevertheless, there is a danger of losing sight of the toll that a depressive episode can take on people’s lives.

For a start, an initial depressive episode can lead to recurrent depression. Research shows that if you have one episode of depression, your chances of having another are 50%; if you have two, your chance of a third is 75%, and having three or more episodes means it’s nearly 100% guaranteed you’ll have another. Will repeated, more severe episodes build stronger, more spiritually attuned characters than one episode alone? I’m not so sure. It’s important in any discussion of depression to avoid glorifying it. We must be wary about neatly narrativising depression as always being a hero’s journey into darkness and out again. Perhaps that kind of mythological framework is apt sometimes or helps some people view their depression in a healthier manner. However, this doesn’t ring true for everyone. Some people were robbed of their vitality at a young and vulnerable age and may never get it back – or, at least, never have it returned in full.

When your vitality and identity do return, there may be a rebound effect of euphoria of a nature you have never experienced. But you can’t become complacent. It is not worth losing your sanity again if you can help it. Yet, therein lies the paradox of depression (and suffering, in general): pain can mould virtuous characters, but it must also be prevented and relieved at all costs. This paradox means it is both wise to respect the process of depression and to do everything in your power to stop it returning. Luckily, the terrifying loss of vitality can be all the motivation you need to care for your mental well-being as if your life depends on it. Because, in reality, your life really does depend on it.