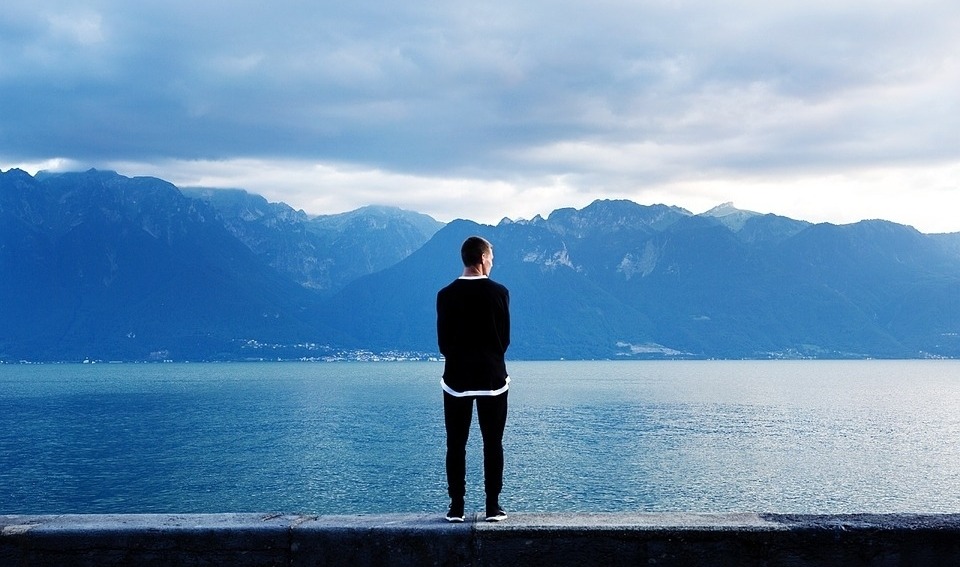 Many people believe that spending long periods of time in solitude is a lonely experience. And it certainly can be. But there are some important differences between loneliness and aloneness. The former is an unpleasant and painful situation, something we struggle with all too often. The latter, on the other hand, involves a comfortable state of mind, although the experience of aloneness can be quite hard to achieve.

The Pain of Loneliness

A counterintuitive aspect of loneliness is that you can be surrounded by people yet still feel completely isolated. You might be on your own, in a crowd, and you’re sort of there, but you feel out of place and separate. This sense of isolation can turn very sour. When you feel alienated and you find yourself in a sea of happy faces – groups of friends, families, and couples – a storm of negativity, bitterness, and frustration may start to brew.

Loneliness is emotionally painful. Emotional pain is still pain and, interestingly, the brain processes it in a similar way to physical pain. We have evolved to be a highly social animal. After all, group bonding was imperative to our survival in our hunter-gatherer days. We experience loneliness as pain as a warning signal; we need to get back to the tribe.

Feelings of social disconnection are a major and prevalent problem worldwide. Isolation is not only a risk factor for mental health conditions like depression; it is also worse for your physical health than obesity. We are wired to find social connectedness rewarding. And when we are lonely, we hurt. Human nature helps to explain why rejection stings so much.

The Peace of Aloneness

Aloneness, in contrast to loneliness, doesn’t entail this feeling of alienation, pain, being outcast, and cut off. Firstly, people can experience solitude in different ways. Introverts thrive on alone time; it helps to recharge their batteries. They feel energised by focusing on their inner world. Extroverts, however, are more likely to feel restless and unfulfilled during long periods of solitude.

An illuminating description of aloneness can be found in Tom Brown Jr.’s book Grandfather. This author details stories of a possibly fictional character called ‘grandfather’, a Native American, also known as Stalking Wolf, who supposedly taught Brown tracking and survival skills. The book is full of invaluable nuggets of wisdom. It extols the Native American worldview, particularly the culture’s teachings on man’s relationship with nature. On the topic of aloneness, Brown writes:

The chasm between being alone and loneliness is deep. The way you begin to be alone and at peace without being lonely is to know that you are with your best friend.

Aloneness is a sense of comfort and ease when you’re in your own company. On the other hand, when you’re lonely, you become your own worst enemy. The poet May Sarton describes the difference in this way: “Loneliness is the poverty of self; solitude is the richness of self.”

Brown spent a considerable amount of time living in solitude in the wilderness – really living, using tracking and survival methods to meet all of his basic needs. In this way he learned to become his own best friend, to view himself as part of a community, which was nature as a whole and whose constituent members included the forest, plants, rivers, mountains, and wildlife.

This is the Native American perspective of man’s relationship with nature. As the well-known Native American medicine man Black Elk put it, “All of nature is in us, all of us in nature.” This view of the world also seems to hinge on their belief that every part of nature is endowed with the same spirit, but I think the sentiment of being part of a whole can still be retained without necessarily buying into the more superstitious beliefs. The important point is that whether you are alone or lonely depends on what you bring to the table. For example, the Native American critique of Western thinking is that it views nature as separate and untamed; something to be avoided and controlled. With this way of thinking, you could feel lonely in a forest, but if you adopt Brown’s mindset, the experience could be completely different.

Indeed, other philosophers recognise the benefits of solitude in nature, including the American transcendentalist Henry David Thoreau. As Thoreau says in Walden, describing the two years he spent in a cabin he built near Walden Pond, “I went to the woods because I wished to live deliberately, to front only the essential facts of life, and see if I could not learn what it had to teach, and not, when I came to die, discover that I had not lived.” He also remarked that he “…never found the companion that was so companionable as solitude”, and how “We need the tonic of nature.”

Social withdrawal can be risky, as it can cause negative emotions to fester. At the same time, though, it’s possible to transform loneliness into aloneness. As Brown opines, when we can enjoy our own company, when we view ourselves in a friendly manner, then we can find some peace of mind. If you constantly try to run and hide from yourself, the scourge of loneliness will remain. Instead of escaping your company, get more acquainted with it. Spend some time alone in nature. This often has a remedial effect, especially for those of us living in lonely, concrete jungles.