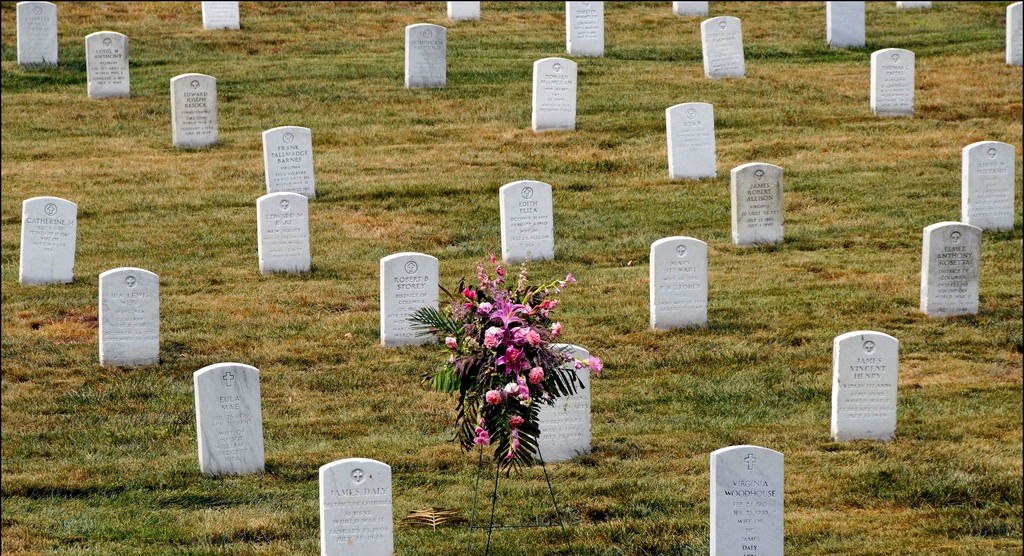 Philosopher Walter Ott, in an article for Philosophy Now, argues that we have absolutely no duties towards the dead – he concludes that they are not ‘moral beings’. Ott refers to philosopher George Pitcher’s rough definition of harm. Pitcher has said in his essay, Misfortunes of the Dead, that “an event or state of affairs is a misfortune for someone (or harms someone) when it is contrary to one or more of his important desires or interests.” Since the dead do not have any important desires or interests – we can safely assume that they have no conscious experiences – then they cannot be harmed in any meaningful sense. Although having interests is not sufficient for being harmed – since you can have morally neutral or evil interests which are important to you – having interests are still necessary for being harmed. As Aristotle put it in his Nichomachean Ethics:

it is absurd to conceive the dead man as sharing all vicissitudes [with the living], and as becoming happy one moment and wretched the next.

Opposed to this seemingly common-sense position is that of Jeremy Wisnewski’s. In his paper, What We Owe to the Dead, he claims:

Obligations to the dead seem to be far-reaching indeed. The dead have set many ends, and there are many dead. Centuries of obligation seem to fall upon the shoulders of the living: from a grandmother’s wish to be remembered on her birthday to the desire of an ancient Greek to have his works read throughout history. There are perhaps as many obligations as there are persons who have set foot upon the earth.

Wisnewski’s position, however, appears impractical and morally counter-intuitive. It may be nice to customarily remember the deceased, but it would be absurd to say that a dead grandmother can be harmed through a promise being broken which was made when she was alive. The existing relatives and friends may benefit from remembering her on her birthday, but not the grandmother herself. The existing relatives, by fulfilling the wishes of the deceased, may show virtues such as commitment and loyalty to promises they have made, but if they left these wishes unfulfilled they still would not be doing anything obviously wrong.

H. Conway and K. McEvoy in their paper, The Dead, The Law, and the Politics of the Past, say that “Death transforms the human body from a person to an object.” Indeed, the criterion for having human rights tends to involve being a human. Whilst the dead can be biologically classified as human (as Homo sapien), they are not human in the moral sense; in terms of being a person. The reason that the dead are shown respect comes from various social customs, traditions and religious beliefs. Once again, these customs only benefit the living; they are of no consequence to the dead. As E. Partridge puts it, in the paper Posthumous Interests and Posthumous Respect: “After death, no events can alter […] a person’s life. Nothing remains to be affected.”

A more controversial question is whether it is wrong to slander the dead or defame them. If, for example, after I die, someone makes up lies about me, so as to put me in a negative light, is this wrong? As Geoffrey Scarre writes, “While a person cannot be pleased or pained by what he never knows, occurrences after his death can cast a backward light or shadow over his life.” Furthermore, defaming the dead seems unfair since the dead have no opportunity to rebuke the lies made about them. Our memory and reputation is the only valuable aspect of ourselves that remains after we die. It is difficult to show how the dead can be harmed through unjustified defamation – it’s not as if they will suffer bankruptcy or distress as a result of the lies being made up about them. However, something seems intuitively wrong about it, beyond the fact that it also involves distorting the truth and causing distress to the deceased’s family and friends. Perhaps our reputation does have value, whether we are aware of people’s opinion of us or not.

Referring back to the beginning of the article, I said there is a case in which we have a direct moral obligation to the dead, and one in which we have an indirect moral obligation toward them. The direct obligation regards the deceased’s wishes about what should be done with their body. Our physical body is our private property, in its purest and most obvious sense. Although we turn into objects after we die, this does not mean that our physical bodies are no longer our private property. Similarly, we are fully entitled to decide what happens to our money and assets after we die, even though we will be in no condition to care about them. Based on the value of private property, we have an obligation to the dead to treat their physical body as they wished.

Our indirect moral obligation to the dead regards the living family and relatives. We have an obligation not to desecrate graves, defame or slander the dead, ruin funerals in their name (as the infamous Westboro Baptist Church have done), not because it harms the dead, but because it harms the living. These courses of action can cause great distress and psychological harm for those in mourning.