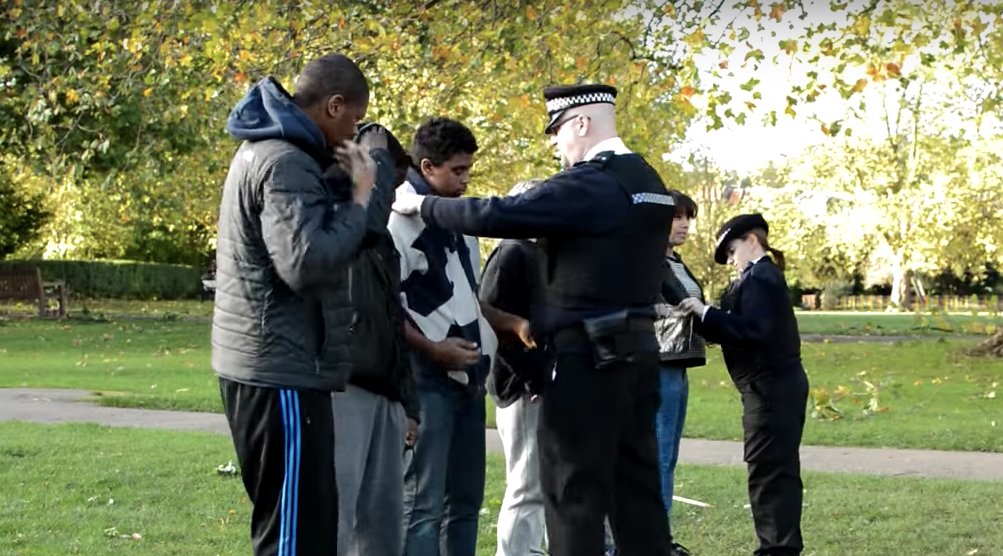 Director Quentin Tarantino brought up an unexpected subject in an interview recently. He brought up the subject of the war on drugs. But what was interesting was the comparison he made between the war and drugs and slavery as it existed in the 1800s. In his own words:

This whole thing of…this ‘War on Drugs,’ and the mass incarcerations that have happened pretty much for the last 40 years has just decimated the black male population. It’s slavery…it’s just slavery through and through, and it’s just the same fear of the black male that existed back in the 1800s.

And as The Young Turks pointed out, this comparison couldn’t be more accurate. The war on drugs is palpably racist in its operation, affecting the black community the worst.

This treatment of black males, as well as Latino males, has been compared to the Jim Crow laws that existed between 1876 and 1965. These laws were a form of social control that separated the black community from the majority white community, under the premise that blacks deserved a “separate but equal” status. This separation led to conditions in which blacks were treated as inferior to white Americans; black communities suffered inescapable economic, educational and social disadvantages under the Jim Crow laws. Likewise, with the war on drugs, black and Latino males are being arrested and imprisoned in disproportionate numbers, turning ethnic minorities into criminals to be feared, as opposed to citizens to be treated equally.

It was a big moment in history when Obama, an African American, became President of the United States. So it’s a sad and embarrassing fact that the figurehead of America is allowing this racist war on drugs to continue without so much as voicing his concern about the issue. A report from ACLU shows that, nationally, blacks are 3.73 times more likely to be arrested for possession of marijuana, despite similar rates of usage compared to whites. This unequal treatment also perpetuates the ugly stereotype that blacks are more likely to abuse drugs and be a menace to society when compared to white people.

The same is also true in the UK. In fact, it’s actually worse. Black people are 6 times more likely to face a drug arrest than white people. In addition, they are 11 times more likely to be imprisoned and are more likely to be given longer sentences. A more recent report by Release and LSE, based on Home Office data, reveals that black people are 5 times more likely to be jailed for a drug arrest. And this is with rates of drug use actually being lower in non-white communities. (The full report by Release, who campaign for more evidence-based drug laws, can be read here). In addition, black people are being unjustly stop and-searched at a much higher rate (6.3 times more likely) than white people. Niamh Eastwood, executive director of Release, said: “Drugs is what is driving stop-and-search and it’s what is driving racial disparity within the criminal justice system.” Stop-and-search is being used as a form of social control – they do not really reduce rates of crime (only 7% of them lead to arrests).

Professor Alex Stevens from the University of Kent, argues that “criminalisation of illicit drugs reinforces social and ethnic inequalities. Decriminalisation of drug use would help to reduce these inequalities.” Using data from the British Crime Survey he is also able to back up the claim that blacks are no more likely to use illicit drugs than whites. Therefore, the over-representation of blacks in prison is a clear sign of racism in the police force and in the courts.