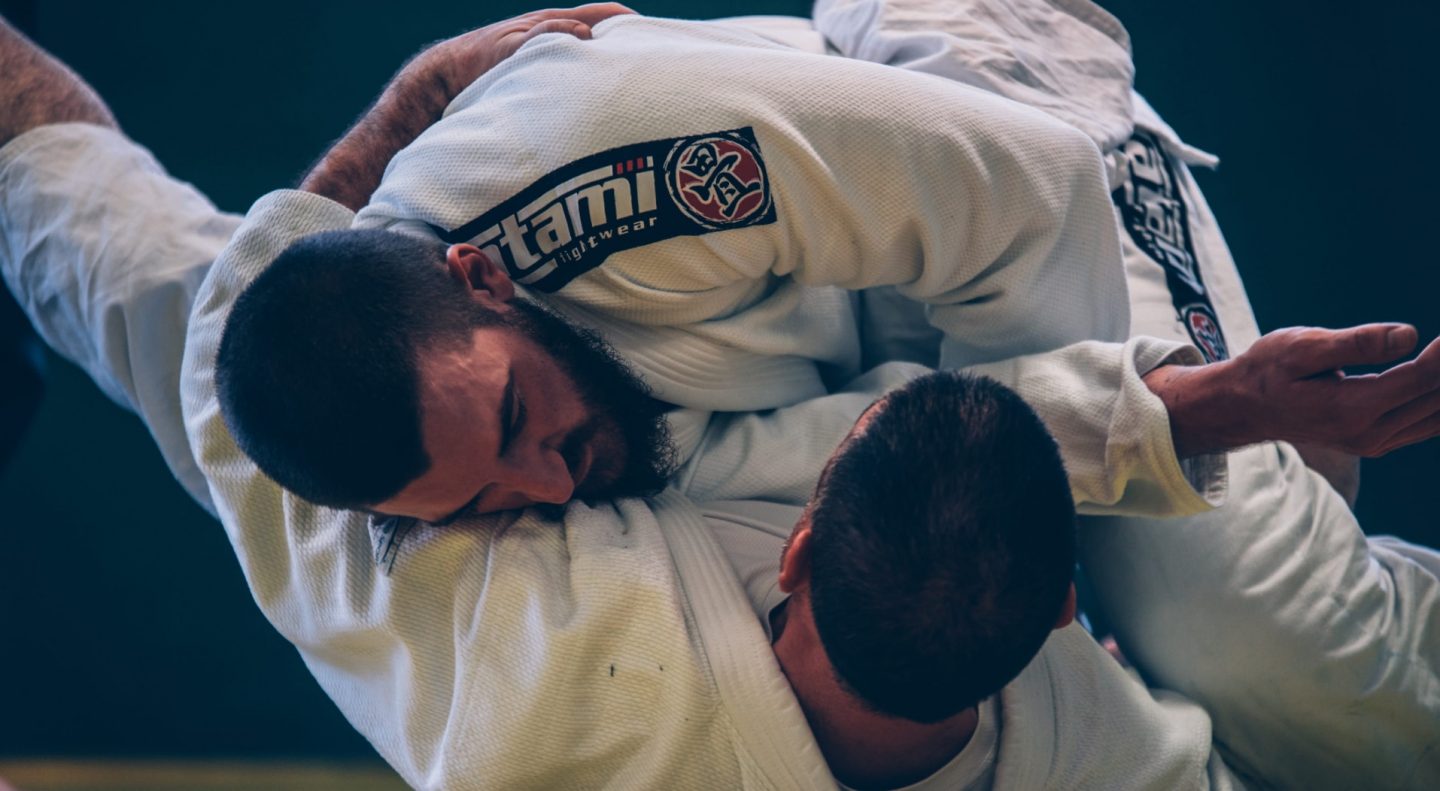 There are many reasons why men have a hard time protecting their mental health. One important factor is that men often struggle to form close bonds with other men. This can leave a lot of men feeling isolated, a painful feeling that can worsen existing mental health issues or contribute to such problems. At the end of the day, we all have a desire to bond with others. It’s interesting to highlight how cultural expectations about gender can influence how this bonding happens. For men, it seems, notions of masculinity seem to restrict the ways in which it is considered acceptable to bond with other men.

Of course, it’s important for any man out there to broaden his horizons and bond with other men in ways that confer benefits (such as authentic conversations and deep friendships). Nonetheless, we should also recognise that male bonding, as we see it today, can still provide immense value to a man’s sense of well-being. Many men today feel most comfortable bonding with other men in an active way, especially in the form of competitive sports (as we know that cross-culturally most men are inclined to bond through ritual opposition).

When engaging in full-contact sports, such as rugby or martial arts, men can develop strong bonds with each other. Furthermore, the tendency for male bonding to happen in this way seems to start from an early age.

Boys engage in this kind of play very early on. Moreover, research demonstrates that males in non-human species, such as chimpanzees and orang-utans (both close relatives to humans), also play rough at a higher frequency than females. Researchers have pointed out that this is due to sexual selection and hormonal differences. In early infanthood, there is a surge of testosterone in mammalian male bodies, and this unique aspect of male physiology has been linked to increased rough and tumble play.

The propensity of males to engage in rough and tumble play can help explain why boys and men find it easy to bond with each other in full-contact sports. It is familiar to them. The subsequent surge of testosterone that happens during puberty – and the general higher levels of testosterone compared to women – might be why men become so attracted to full-contact sports and the close bonding that it offers.

The Conformity to Masculine Norms Inventory (CMNI) has established 11 norms that men tend to subscribe to in order to build and maintain their masculine identity. And a few of them shed some light on why many men prefer to bond through full-contact sports. The relevant masculine norms would include winning, risk-taking, violence, dominance, and status-seeking. So let’s examine these in turn.

By winning and coming out on top, men can feel a massive boost in their confidence and self-esteem. Playing sports is, therefore, attractive to many men, since it presents opportunities to strengthen their masculine identity. Winning is a way to prove one’s manliness. Full contact sports may be particularly effective at achieving this underlying aim because of the rough and intensely physical nature of the sport. Full contact sports may be perceived as more macho than other types of sport. Furthermore, when you engage in these sports with a team of other men (such as in American football or rugby), you can feel that you’re all on the same level, trying to work together to beat the other team and prove your collective superiority. You also train hard with your teammates, which can boost a sense of camaraderie; you may motivate each other and share in the strenuous nature of the sport.

Full contact sports also involve a certain element of risk. In rugby or martial arts, there is always the risk of injury, sometimes quite serious injury. It’s not uncommon for players to break or shatter bones, dislocate limbs, and experience concussions. Playing risky sports can be a way for men to prove their masculinity. When engaging in such sports in a team, the heightened risk involved can bring men closer together, as they are all looking out for each other’s safety. And in one-on-one contact sports, such as various martial arts, competitors may bond with each other due to the respect they have for each other’s strength, skill, and ability to overpower and threaten them.

Full contact sports share a violent element in common. A lot of men may feel they need to prove themselves through violence, which may be why they are more likely to get involved in real fights compared to women. However, these fights are often uncontrolled, dangerous, and irresponsible. In order to let out aggression in a more sanctioned way, some men may feel drawn to full-contact sports. There are rules and regulations intended to protect men’s safety, yet the sports themselves still allow expressions of aggression.

Full contact sports and martial arts are types of organised interpersonal violence that allow men to come together and conform to masculine norms. Men may find it easy to relate to other men based on their common attraction to the intense and rough nature of these sports. Rugby and martial arts give many men a chance to do physically forceful activities together in a way that is controlled, socially acceptable, and based on an agreed sense of fair play.

In addition, we can see how men can bond in these sports because of the way that dominance enters the equation. In rugby, for example, there is certainly a sense of camaraderie and collective glory that comes with proving how your team is dominant. If you can work with your fellow teammates to consistently beat other teams, then you can all climb the dominance hierarchy in that sport. Your team then becomes part of your own identity, which is why bonds with other teammates can be so strong and important in one’s life. Similarly strong bonds can form between MMA fighters and their trainers.

Lastly, for similar reasons as dominance, men may bond in full contact supports due to the shared pursuit of status. Receiving praise, accolades, and recognition is made possible through cooperation and mutual support.

Common to many sports, male bonding takes place in the locker room. For many men, the locker room is like a refuge or sanctuary. The locker room may be one of the few places where men can really let their guard down and be themselves. And when you feel comfortable and loose, it makes bonding with other men a lot easier. Men often bond through jokes, banter, jibes, teasing, and sharing stories – completely unfiltered – and the locker room is an environment that helps to foster this. Many professional rugby players underline how male bonding takes place in the sport and why it’s so essential to success. For example, Dan Cole, who plays for the England national rugby union team, says:

You do hard sessions together on and off the field. You play and train together, you go through the grinder together and with that you can look at each other in the eye when you’re in the depths of a hole of fitness or a game, and know that the blokes have been there with you in a similar position and you’ve come out the other side. The team building is working together for a bigger cause.

When you come to play and it’s tough and it’s a game where you have to dig deep, it’s the off the field bonds that will get you through it. Because you trust each other, know each other, everyone can be honest with each other.

When it comes to martial arts, many men find that training with the same group of men, every week, helps to form close bonds that they just can’t find anywhere else. Brazilian jiu-jitsu, for instance, has been described as the “alpha male version of snuggling”. Clinical psychologist David J. Ley notes:

It is the constant physical contact in BJJ which I think is one of the most powerful and influential experiences driving the BJJ experience. Many people today are starved for physical contact. It is a sad fact that many people go through each day, experiencing a few handshakes as perhaps their only experiences of touch from other people. Cuddle parties and professional cuddlers are tapping into this hunger. Without knowing it, students of BJJ offer each other a powerful, affirming, accepting and biologically-mediated experience, simply through the body-to-body contact that occurs throughout BJJ. Such contact triggers the release of neurochemicals in our brain and hormones throughout our body, which make us more aware, focused, and connected. Oxytocin is one hormone often called the “cuddle” or “empathy” hormone, which is released in the body during such physical contact. It is likely one reason why friendships develop so quickly and deeply amongst BJJ students.

But BJJ students (as well as students in other martial arts) bond for many other reasons. Martial arts present men with constant opportunities for self-improvement, and it is the other men in the class who can help them develop and grow in their ability, strength, technique, and skill. There may be intense levels of competition and rivalry in martial arts classes and training; however, it is not male ego that allows men to excel, it’s often a sense of brotherhood – and this feeling of brotherhood comes from supporting each other’s progress in the sport.

Furthermore, in martial arts training or fights, you are interacting with another man in an extremely physical and combative manner. It feels like a struggle for survival, and it’s most definitely a struggle for dominance. Men who engage in this type of organised, interpersonal conflict – without letting their ego get in the way – can form deep connections with other martial artists. Often, martial artists develop a strong sense of respect for other fighters and value the humility and lessons that they can teach them.

Men also bond in full-contact sports in the form of the mentor-student relationship. The male mentor acts as an authority figure, a motivating force, helping a man to challenge himself and pursue self-growth. Whether conscious of it or not, many men have lacked – and want – positive male role models in their life, exemplars who push them to overcome shortcomings and fulfil some unrealised potential.