Louis Wain (1860 – 1939) was an English artist best known for his drawings of anthropomorphised cats. In his later life, Wain developed schizophrenia, which psychiatrists speculated at the time was brought on by toxoplasmosis, a parasitic infection that can be contracted from cats. He was first committed to a mental hospital in 1924. He was transferred to the Napsbury Hospital in St Albans in 1930 and this is when his artistic style took on a dramatic transformation. He became increasingly deluded but carried on painting cats. Psychiatrists point to the abstract patterns in his paintings as evidence of his schizophrenia.

It has long been suggested that there is a link between mental disorders and creativity (which involves divergent thinking – thinking in a free-flow, spontaneous, many-branching manner). For example, there is evidence that the common link between schizophrenics and creative people is having fewer dopamine receptors. This results in the brain filtering less information, which for creative people leads them to come up with new ideas and solutions, while in schizophrenics in can result in abnormal thought patterns. The connection between mental illness and creativity has also been confirmed by large-scale population studies, showing that people in the creative profession are more likely to be treated for a mental illness. A study published in the British Journal of Psychiatry also found a strong association between the artistic profession and schizophrenia.

What is interesting about Wain’s more abstract work is that it features very psychedelic, colourful, kaleidoscopic, intricate and sometimes fractal patterns. This suggests that there may be a similar brain process underlying the psychedelic experience as found in schizophrenia or creative thinking. In fact, many academics have studied the potential of psychedelic drugs to enhance creativity. Below are some examples of Wain’s art.

Note: There is some dispute as to whether Wain’s more abstract drawings were signs of him becoming increasingly deluded. As a case in point, Wain continued to paint in his conventional style (with human-like cats) years after his abstract work. Wain did not date his more abstract drawings, so it is difficult to say whether they are a sign of his condition becoming worse. The drawings below are not in any chronological order. An article in Mind Hacks explains how this ‘increasing abstraction over time’ could be a myth. 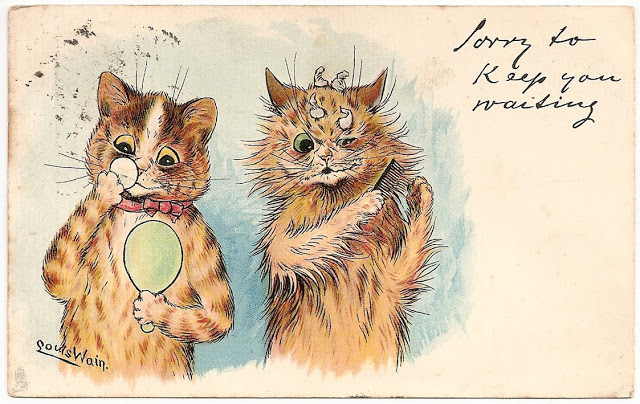 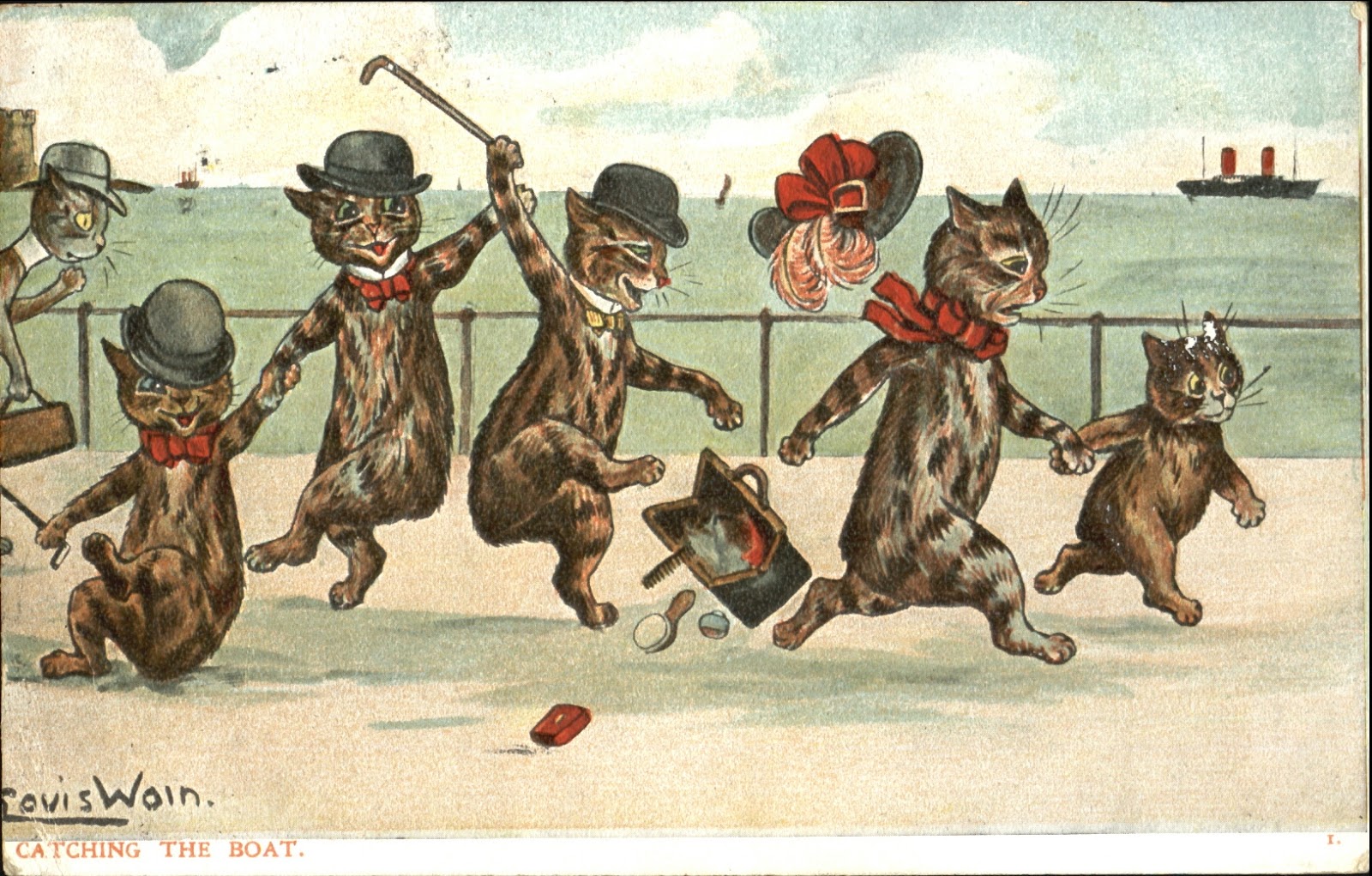 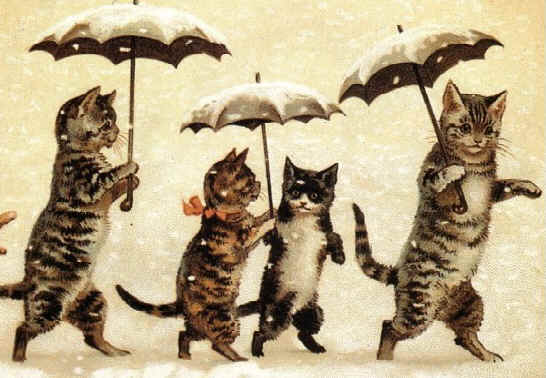 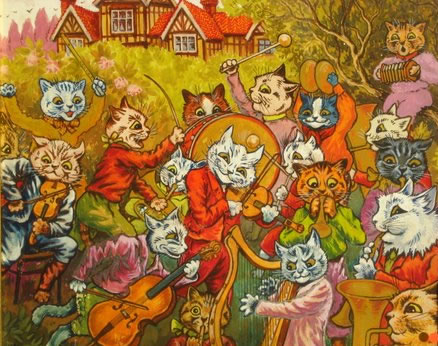 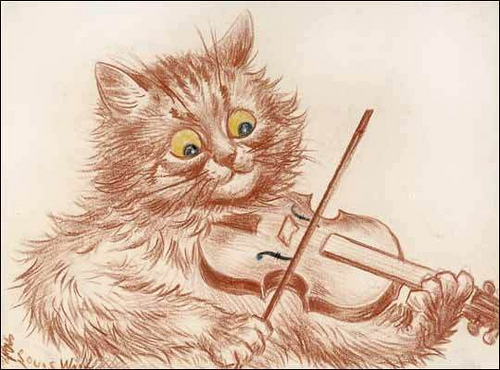 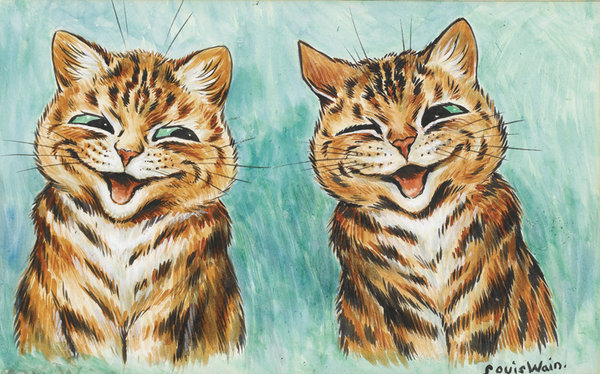 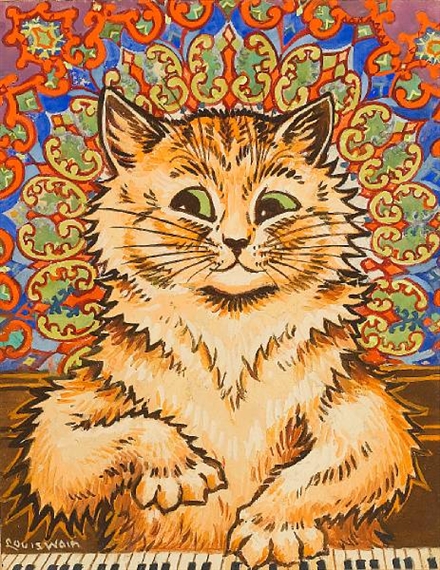 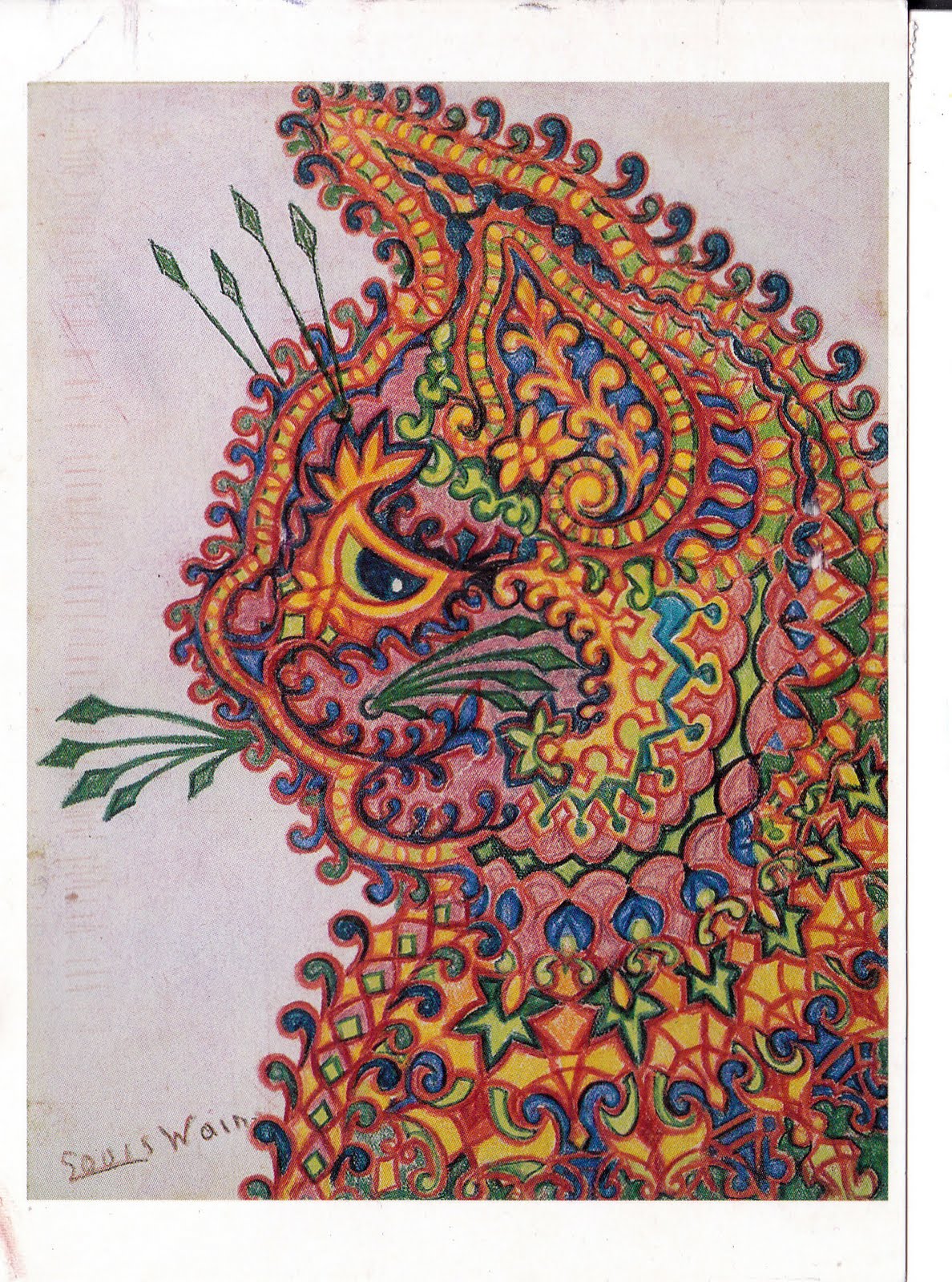 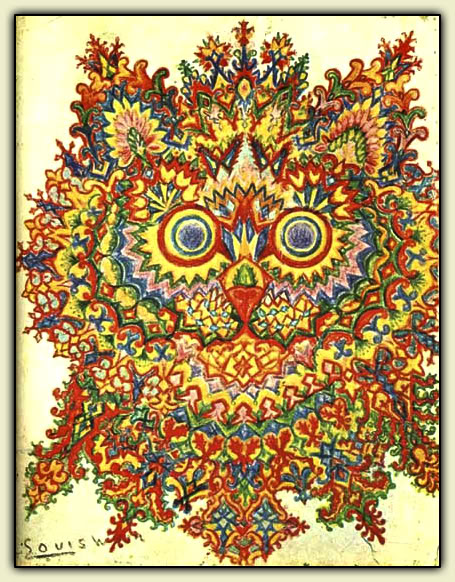 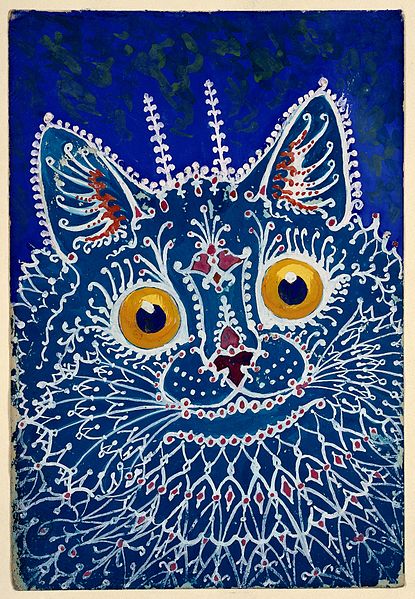 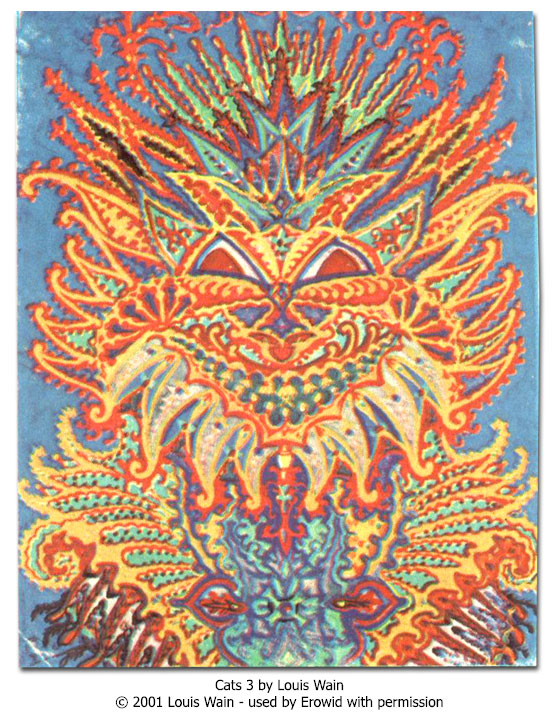 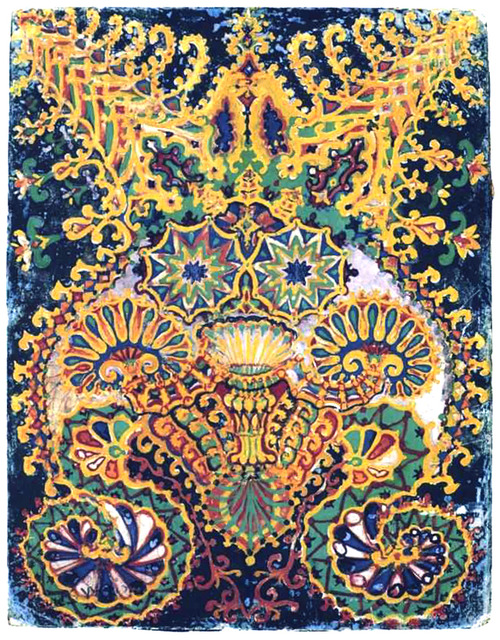 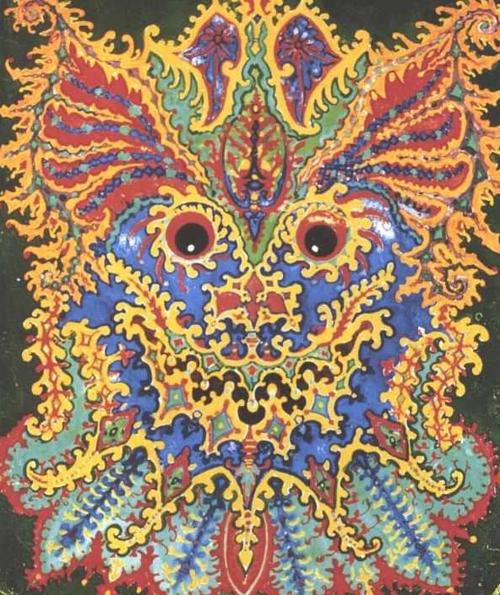