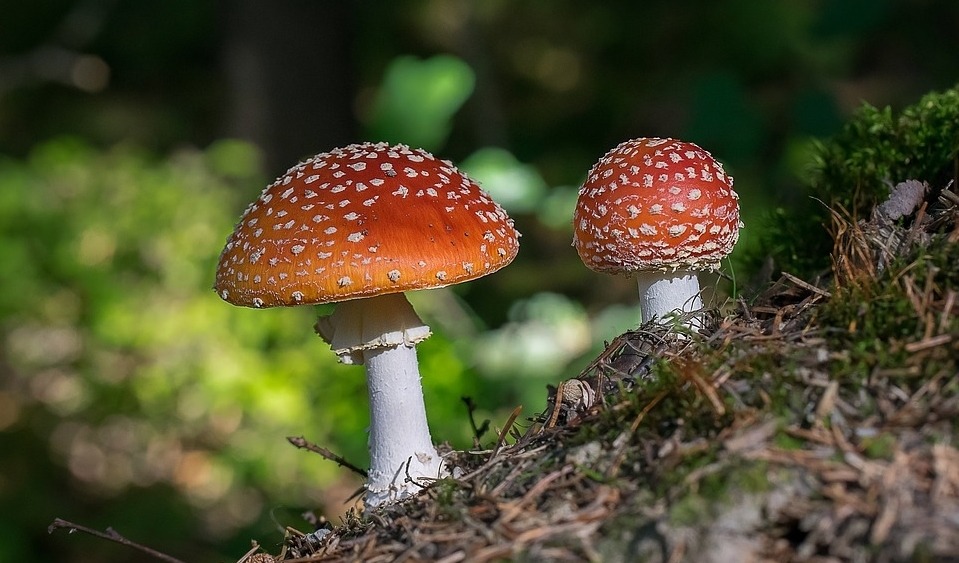 The story of Santa and his flying reindeer, which we have come to associate with Christmas, may actually have its roots in Siberian shamanism and the consumption of the hallucinogenic mushroom, Amanita muscaria (also known as fly agaric). This is the easily recognisable toadstool mushroom, with its white stem and red cap dotted with white spots. It has been widely established that Amanita muscaria has been used by shamans in Siberia in order to enter into a trance state. In Eastern Siberia, this mushroom is used by both shamans and local people. The shaman would eat the mushroom; then others would drink his urine after. The urine still contained the psychoactive ingredients (such as muscimol), but in a more potent form and with less of the nasty side-effects, such as vomiting, sweating and twitching. 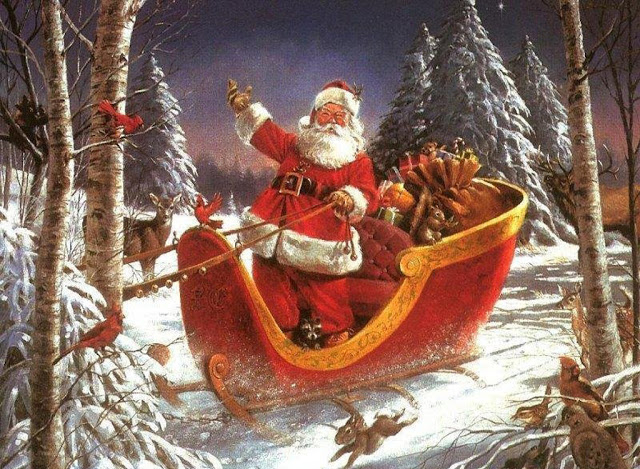 John Rush, an anthropologist, has said that “Santa is a modern counterpart of a shaman, who consumed mind-altering plants and fungi to commune with the spirit world.” According to Rush’s theory, which is supported by other scholars but still highly controversial, says that Siberian shamans visited the locals’ teepee-like homes (called yurts) and gave them a bag of hallucinogenic mushrooms in late December as a present. The mushrooms would need to be dried before consumption (to reduce toxicity and increase potency), with families supposedly hanging them in socks around the fireplace in order to dry. The whole idea of Santa coming down the chimney to deliver gifts supposedly comes from shamans delivering the Amanita muscaria in a sack through the chimney entrance because the main entrance to the dwelling was usually blocked by snow during the winter solstice. 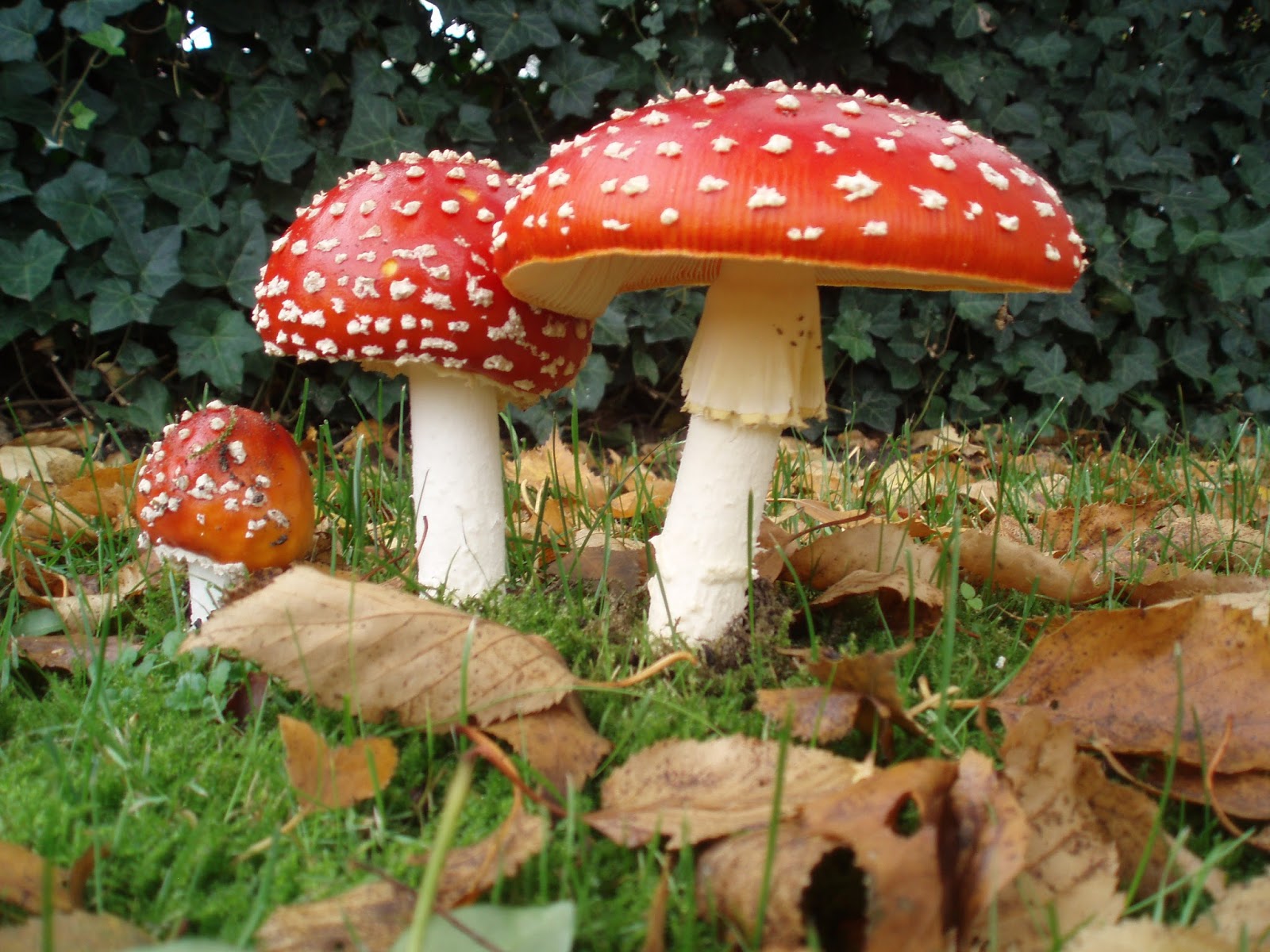 And that’s not the only connection that historians and scholars try to make between the Santa Claus myth and hallucinogenic mushrooms. In his book, Mushrooms and Mankind (2003), James Arthur explains that pine trees (which are used as Christmas trees) grow throughout the Northern Hemisphere (including Siberia) and the fly agaric mushroom can be found growing under them. According to Arthur, this helps to explain the practice of putting up a Christmas tree in the house, with the placement of bright red and white presents underneath (which represent the mushroom). 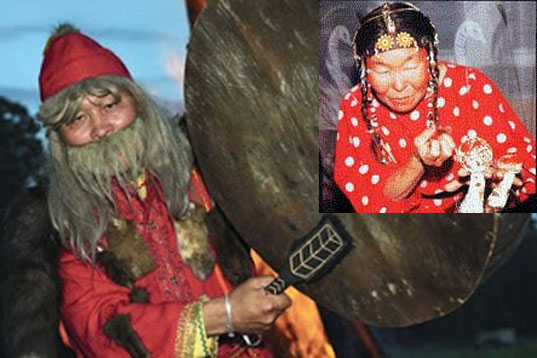 Reindeer are native to Siberia and have been documented ingesting these hallucinogenic mushrooms, just as humans have been doing. This short clip from the BBC shows how the reindeer actively seek out and consume the Amanita muscaria. It also entertains the idea that the story of Santa on a sleigh with flying reindeer could be influenced by both the shaman’s and the reindeer’s altered state of consciousness. Donald Pfister, a biologist from Harvard University, also suggested that Siberian shamans who ingested fly agaric could have hallucinated that reindeer were flying. If the reindeer themselves were ‘tripping’ and acting erratically, this may have further fuelled that particular hallucination. As Pfister puts it, “Reindeers flying — are they flying, or are your senses telling you they’re flying because you’re hallucinating?” 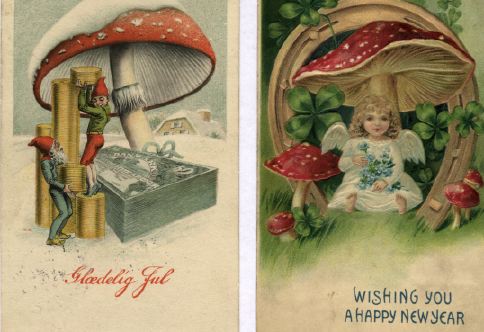 Carl Ruck, a professor of classics at Boston University, agrees with this idea. In his words, “Amongst the Siberian shamans, you have an animal spirit you can journey with in your vision quest.” Since reindeer are native to Siberia, it is no surprise that they feature in the shaman’s ‘trip’. Ruck goes on to state that the shamans have “a tradition of dressing up like the [mushroom]…they dress up in red suits with white spots.”

Professor Pfister points out ornaments shaped like the mushroom are found in Christmas decorations and ornaments, particularly in Scandinavia and northern Europe. Images of the Amanita mushrooms can also be found in many examples of Christmas greeting cards. That said, although there are connections between magic mushrooms, Siberian shamanism and the Santa Claus myth, both Pfister and Ruck readily admit that there may not be a direct link. After all, correlation does not equal causation. It seems that many of the traditions found in Siberia were projected onto the modern Santa Claus story, which comes from A Visit from St. Nicholas (otherwise known as The Night Before Christmas), an 1823 poem by Clement Clarke Moore. St Nicholas, a medieval saint, was therefore turned into a flying, reindeer-driving deliverer of gifts. The symbol of Santa’s sleigh, James Arthur argues, comes from Norse mythology. Supposedly the Norse god Thor flew in a chariot drawn by two goats – the goats have just been replaced with reindeer. 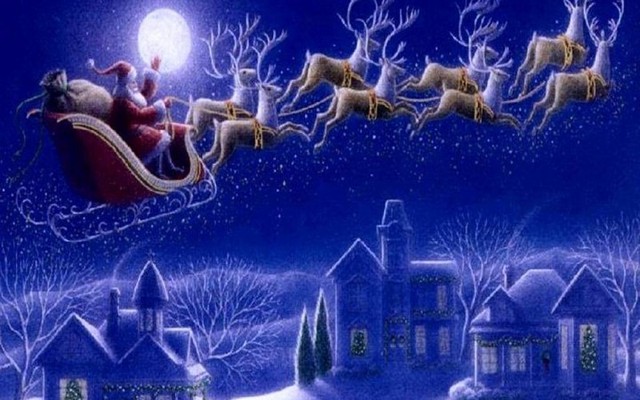 Ruck makes another connection between mushroom imagery resurfacing in the Santa myth. Rudolf, with his red nose, looks like a mushroom. Ruck says, “It’s amazing that a reindeer with a red-mushroom nose is at the head, leading the others.” Of course, there are critics of the whole Santa-mushroom connection. The historian Stephen Nissenbaum, who writes about the origins of Christmas traditions, sees no association between shamanism, magic mushrooms and Santa. Another historian, Ronald Hutton, said that having studied Siberian shamanism, “you find that shamans didn’t travel by sleigh, didn’t usually deal with reindeer spirits, very rarely took the mushrooms to get trances, didn’t have red-and-white clothes.” Hutton also says that the shamans did not run around delivering gifts of magic mushrooms. 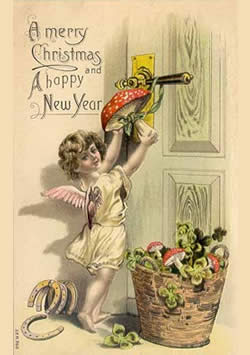 However, Ruck disputes some of these points. He admits that the shamans do not use sleighs, but that this is irrelevant – the flying sleigh is supposed to symbolise the kind of transportation that a ‘trip’ involves. And why does Santa live in the North Pole? Ruck argues it is because that’s where Siberian shamans live. And let’s not forget that Santa Claus is dressed red and white, just like the fly agaric mushroom. Dana Larsen in his article, The Psychedelic Secrets of Santa Claus, writes, “When it was time to go out and harvest the magical mushrooms, the ancient shamans would dress much like Santa, wearing red and white fur-trimmed coats and long black boots.” There is also a theory that Coca-Cola invented the modern-day image of Santa (jolly and in red and white attire) through advertising in the 1930s. However, it is much more likely that Coca-Cola popularised that image – there are much earlier examples of the Santa that we all recognise.

The connections between magic mushrooms, Siberian shamanism and the Santa Claus myth seem strong, but we should be wary about attributing the myth solely to shamans tripping on mushrooms – as always, correlation does not equal causation. The origin of the modern Santa Claus story involves many cultural influences, but Siberian shamanism is probably the most interesting one. 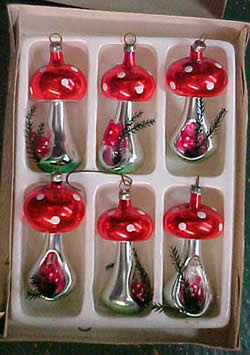 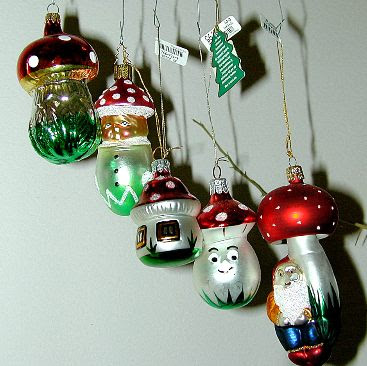 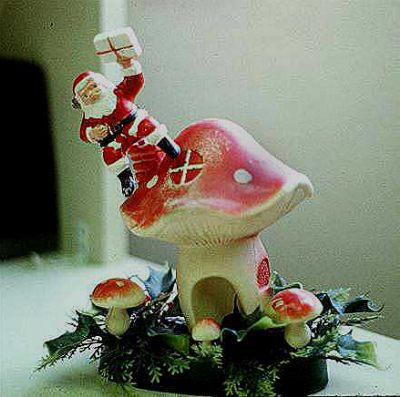 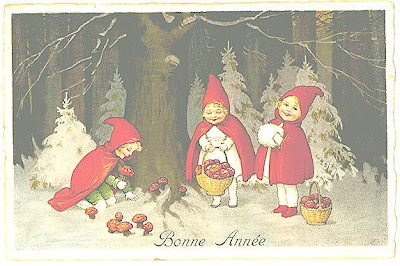 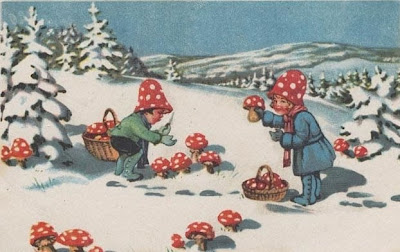