The Codex Seraphinianus is an illustrated book put together by the Italian artist and architect Luigi Serafini (born in 1949). Originally published in 1981, the book contains a depiction of an imaginary world, and all the writing is done in an imaginary language. Admittedly the language doesn’t mean anything, but the fact that it looks like a language gives the book a very mysterious quality to it. Many have compared the book to the Voynich Manuscript.

The book is divided into eleven sections, each one portraying a different aspect of Serafini’s fantasy world. The first is on flora, the second on fauna, the third on strange bipedal creatures, the fourth on physics and chemistry, the sixth on biology, the seventh on history, the eighth on writing, the ninth on food and clothing, the tenth on games, and the eleventh on architecture. All of the illustrations seem to be parodies of things in real life or involve a combination of things in real life that normally don’t belong together. However, the genius of Luigi Serafini is that he combines unrelated things in an aesthetically interesting way, to the point where his imaginary world looks like it makes sense. 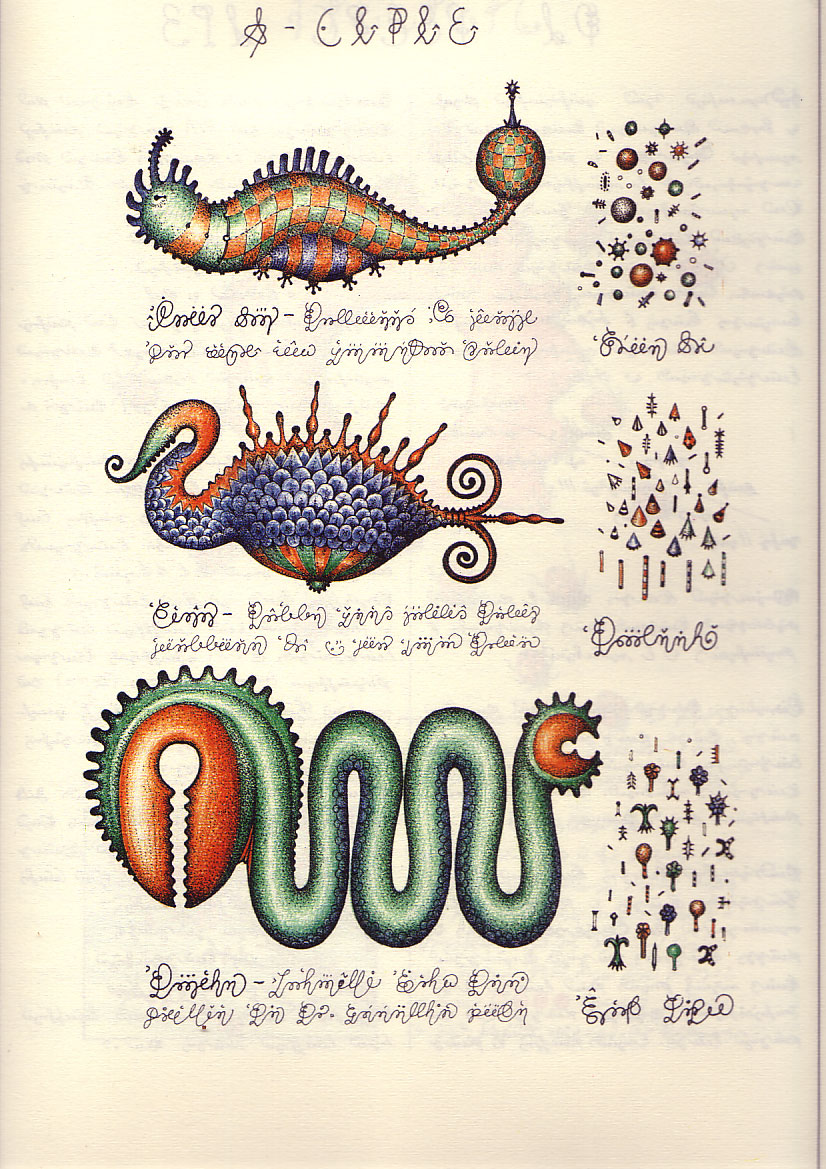 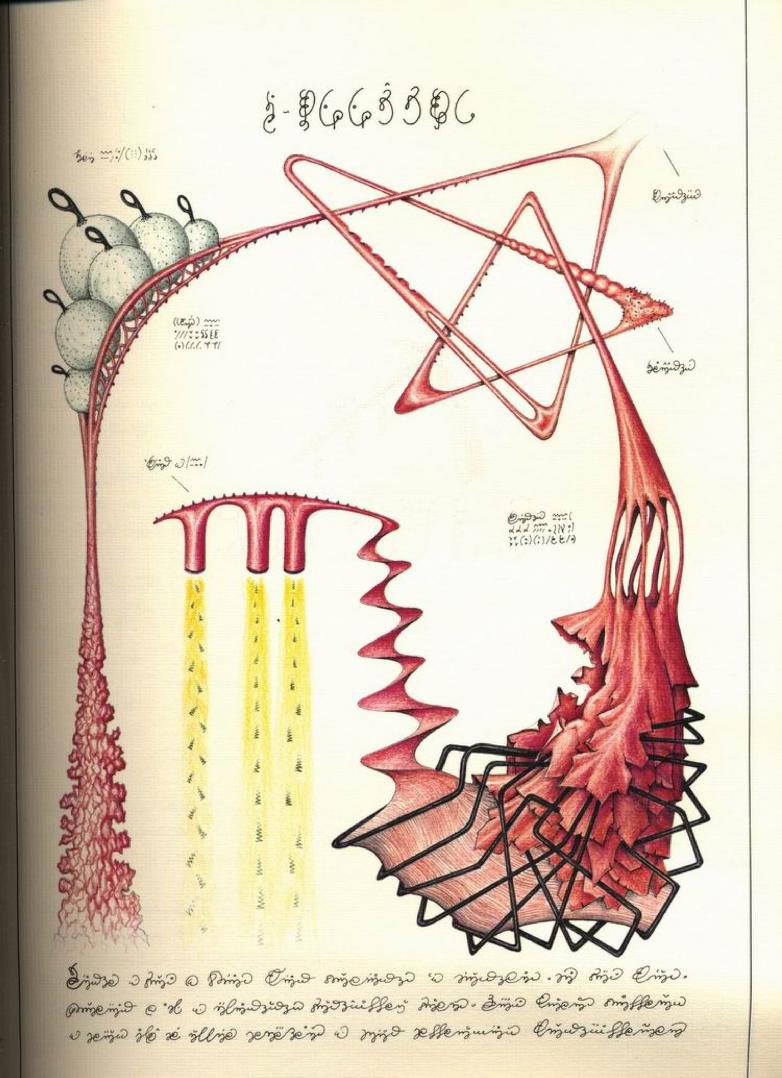 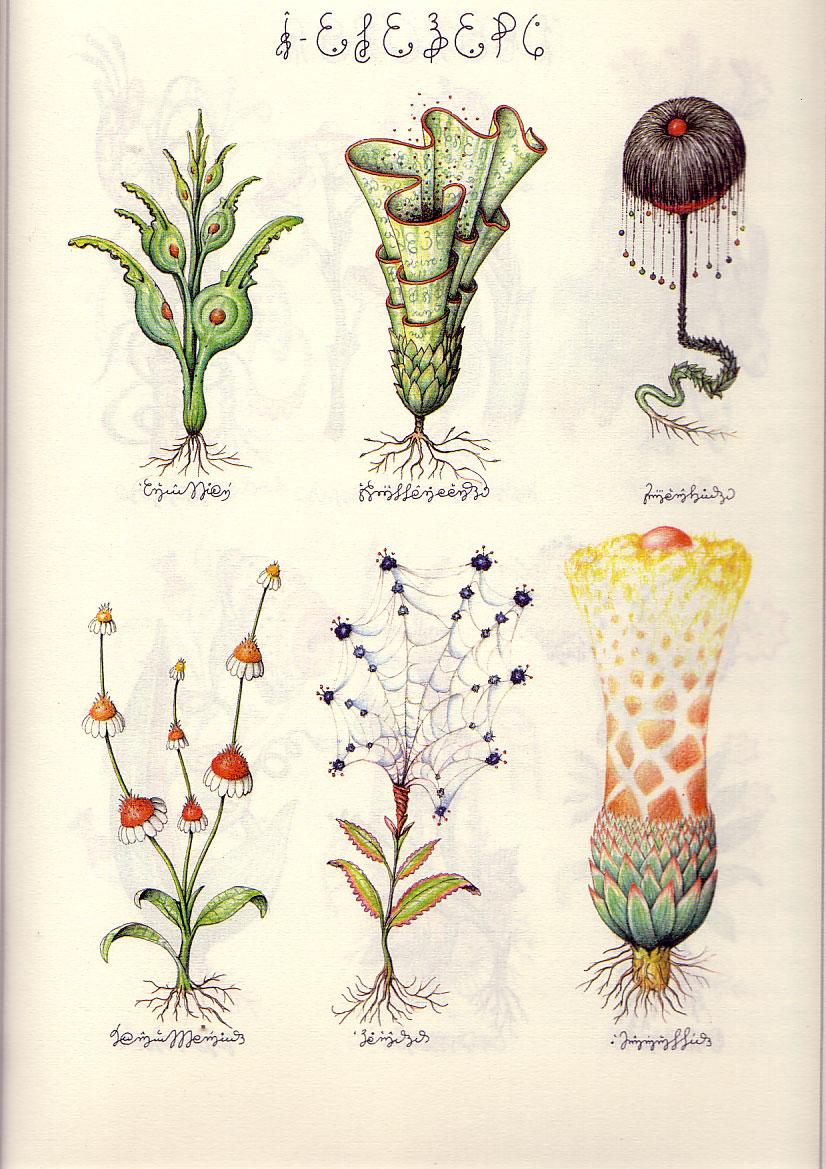 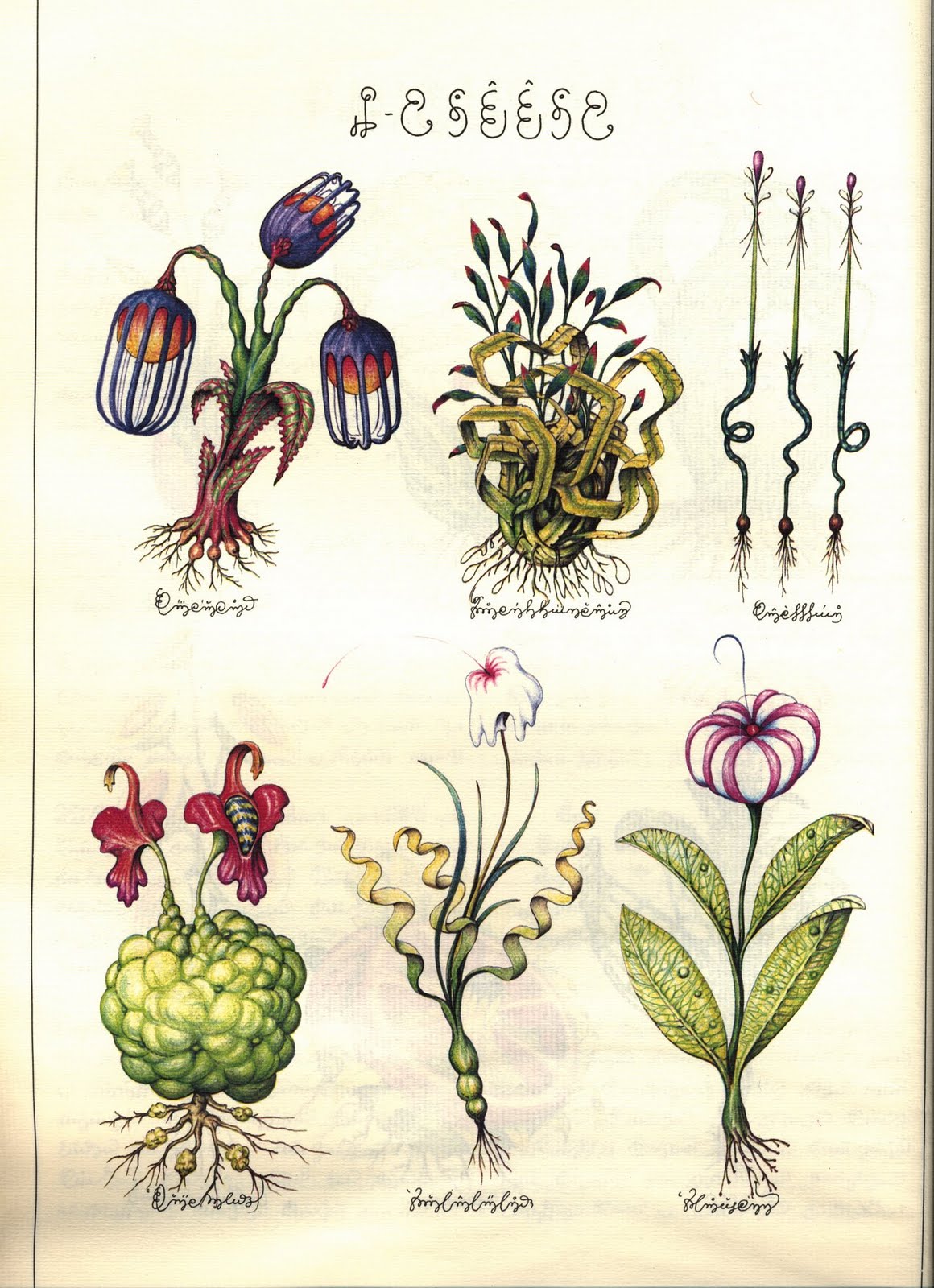 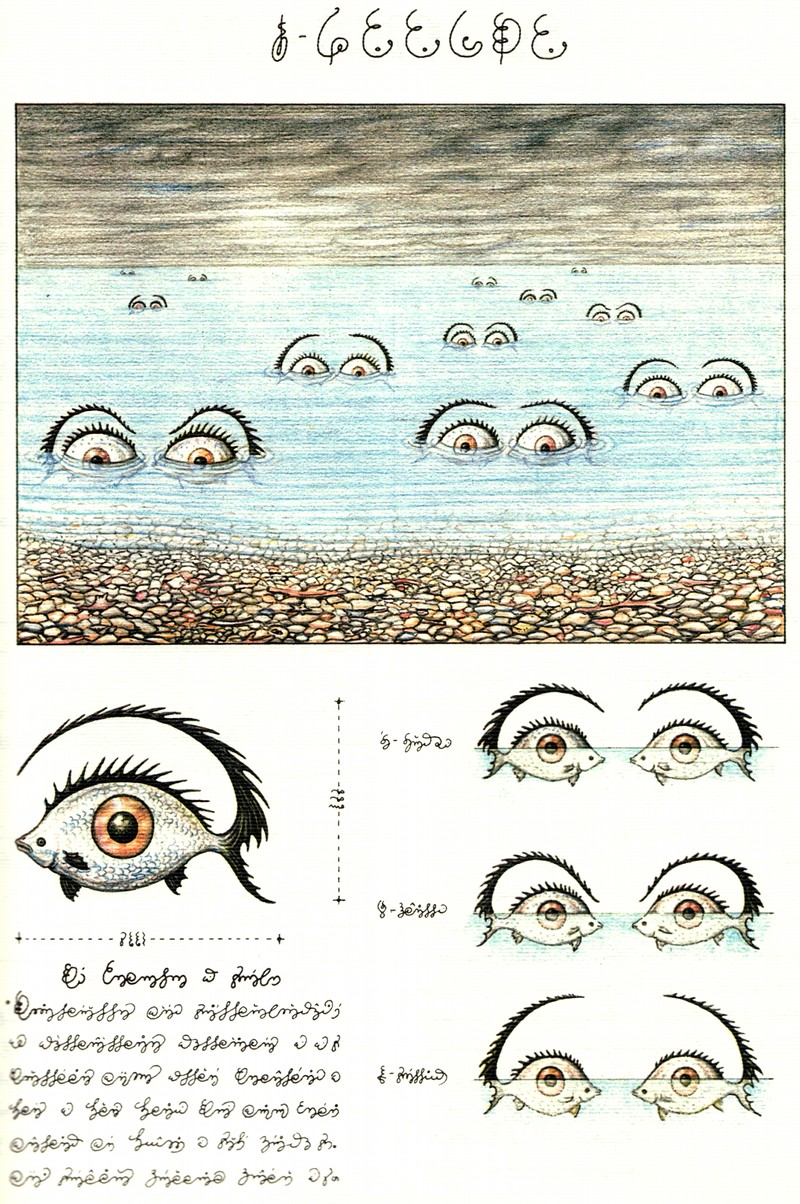 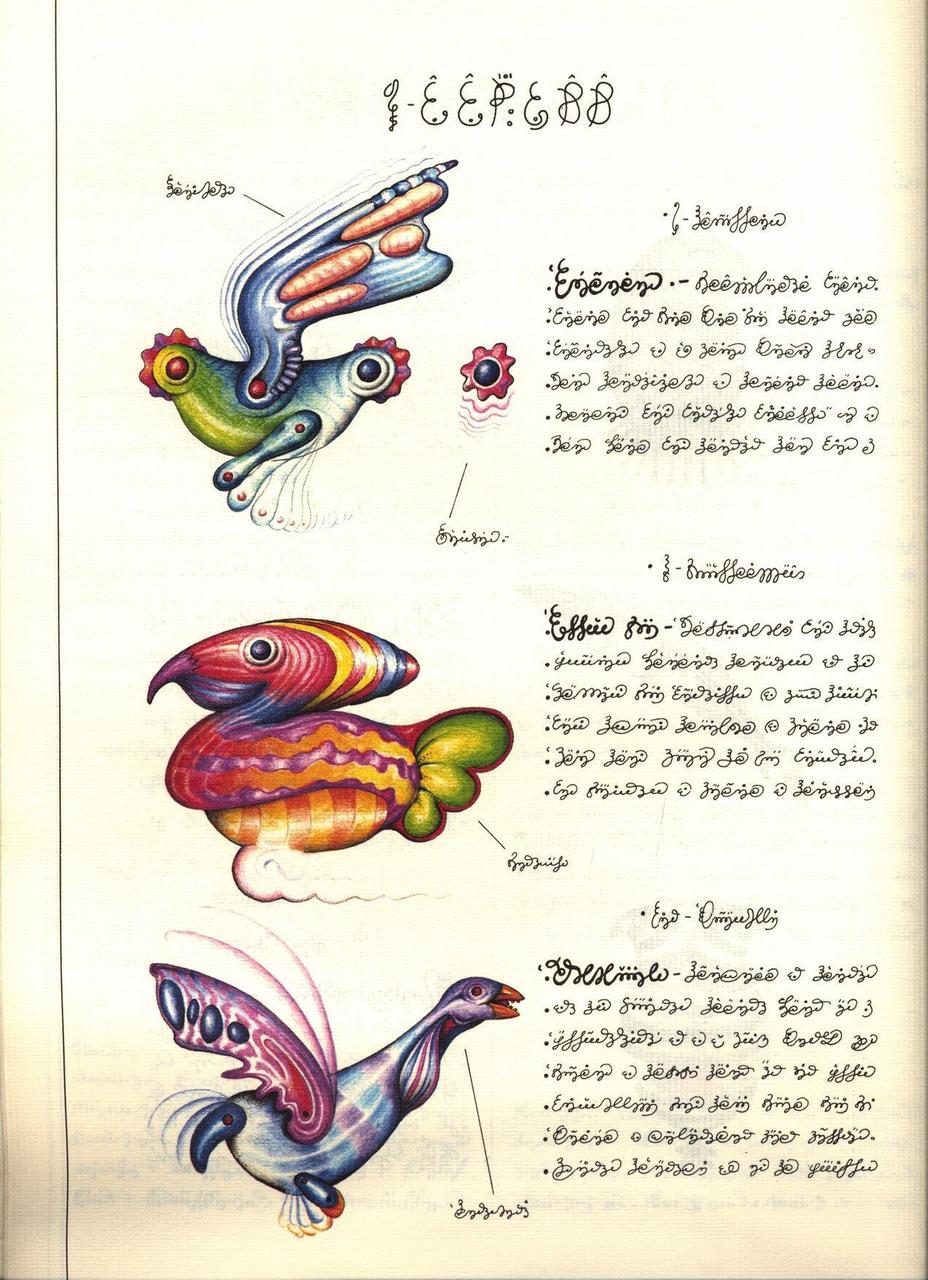 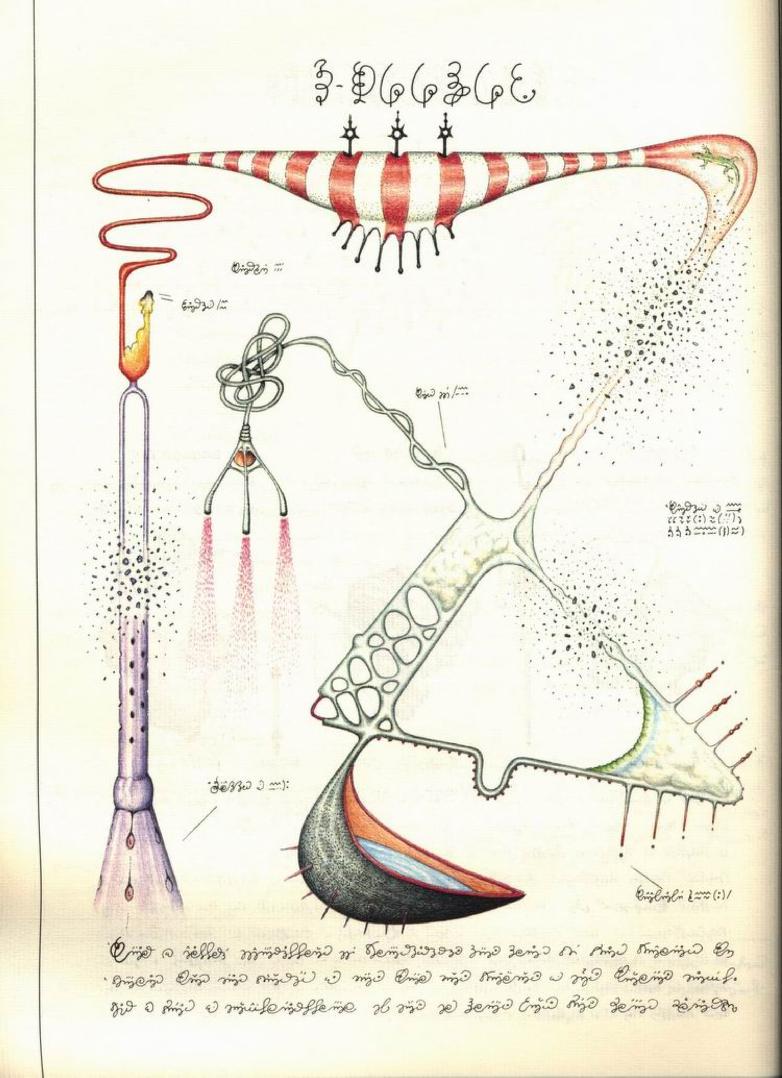 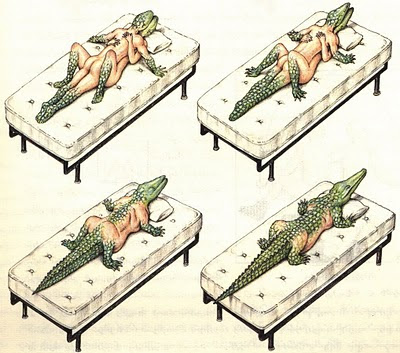 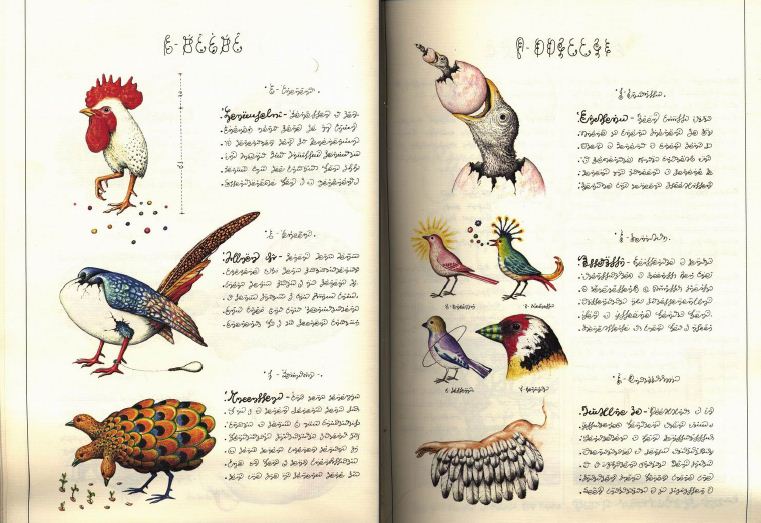 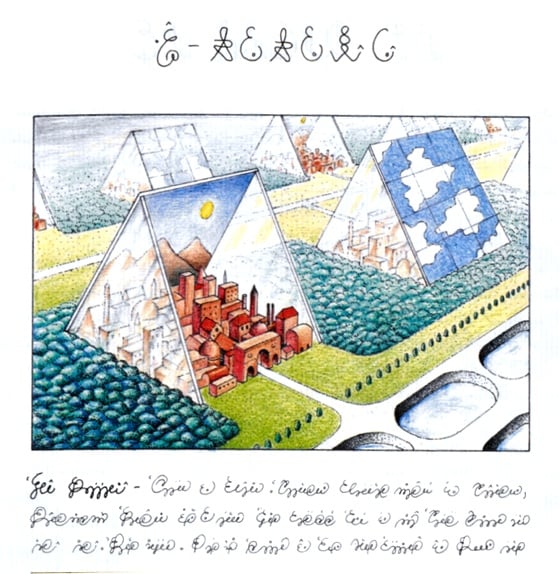 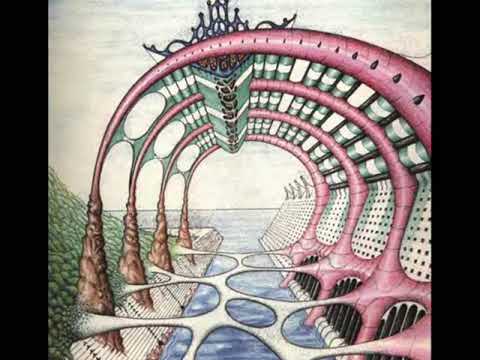 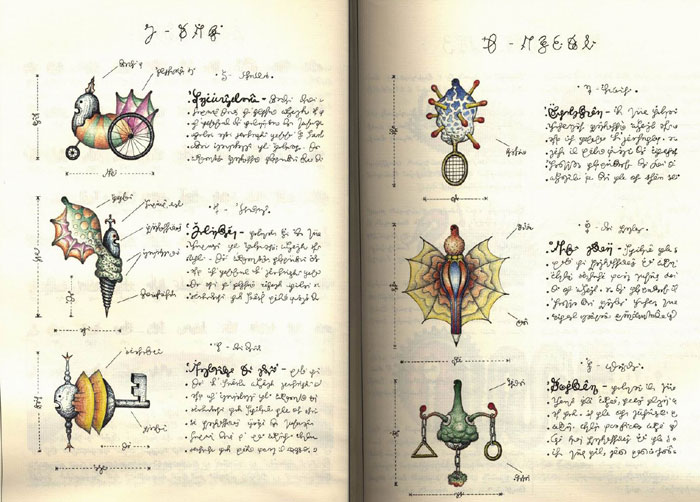