James Roper is a multidisciplinary artist based in Manchester, UK. He uses traditional painting, as well as digital art software like Corel Painter and Adobe Photoshop, in order to create brilliant and distinctive psychedelic paintings. Roper employs a variety of artistic styles, such as abstract, surrealism, figurative, and Baroque (a form of art that flourished in 17th and 18th century Europe, characterised by dramatic scenes, which masters like Caravaggio and Rembrandt were able to create through the contrast between light and shadow, as well as the use of myriad colours and textures). Like Baroque art, Roper’s art exudes qualities such as grandeur, sensuality, vitality, movement, tension, and emotional exuberance.

He draws on the religious iconography from the Baroque period and its dramatic displays of the human body, billowing cloud formations, the folds in fabric, and architectural structures. Meanwhile, the hyper-stylised forms seen in Roper’s work can be found in modern day Japanese animation. Indeed, Roper has pointed out that this kind of animation played a crucial role in influencing his artistic style.

Roper has stated that he intends to create a visual ‘peak shift’ with his work, a term that refers to the tendency of humans and animals to be attracted to the extreme characterisation of an object. John Lehrer, writing in Psychology Today, explains:

Consider the flightless fluffs of brown otherwise known as herring gull chicks. Since they’re entirely dependent on their mothers for food, they’re born with a powerful instinct. Whenever they see a bird beak, they frantically peck at it, begging for their favorite food: a regurgitated meal.

But this reflex can be manipulated. Expose the chicks to a fake beak—say, a wooden stick with a red dot that looks like the one on the end of an adult herring gull’s beak—and they peck vigorously at that, too. Should the chicks see a wood stick with three red dots, they peck even faster. Abstracting and exaggerating the salient characteristics of a mother gull’s beak strengthens the response. The phenomenon is known as the “peak-shift effect,” since a peak pecking response comes from a shifted stimulus. In it lies one of the core principles of visual art.

As another case in point, when we see a photo of a person and then a caricature of that person, our brains respond more strongly to the caricature. The neuroscientist V.S. Ramachandran has suggested that peak shift is one of the ’10 universal laws of art’. The exaggeration of the essential or distinctive feature of an object leads to a more pleasurable effect. Roper aims to achieve a visual peak shift effect through exaggeration and distortion of form. His aim is to create a heightened version of reality. And the profusion of rich, vibrant colours certainly helps to add to this effect. A peak shift acts as a jolt to the senses, which Roper says helps us to recognise how visceral our direct contact with reality actually is. He attempts to create a peak shift in the observer by employing form and complementary colours in a way that is unnatural and jarring.

Roper’s artwork also makes use of pareidolia, the human tendency to recognise a pattern in random information. Pareidolia might involve seeing the shape of animals in the clouds or faces in everyday objects. The evolutionary explanation for pareidolia is that being prone to spot patterns, such as when escaping predators or hunting prey, will aid your survival. Even if this pattern recognition is sometimes false, the tendency is, nonetheless, more conducive to survival than not always spotting patterns. After all, failing to see a pattern when there is one, even once, can cost you your life.

Furthermore, Roper wants to invoke synesthesia with his work. This is when the senses blend so that the stimulation of one sensory modality (e.g. hearing) simultaneously produces sensations in another modality (e.g. seeing). In this way, synesthetes – people, like Roper, who live with synesthesia – can hear colours or see sounds, or they may consistently associate certain numbers with particular colours (e.g. 4 is always green). In fact, there are many different types of synesthesia, all intriguing in their own right. Synesthetic experiences are also common under the influence of psychedelics. Roper emphasises that he wants his paintings to stimulate a mixed sensory response, such as a colour evoking a certain sound. The emotional response of the viewer is important, too. He says, “I want the viewer to see something, then feel something in response that invokes an emotional memory.”

For more information on the ideas, themes, and intentions behind Roper’s work, as well as artist’s worldview and personal journey, check out this interview he did on his Metanoia series. The psychologist Carl Jung used the term metanoia, which means to change your mind in Greek, to describe the process of a ‘mental breakdown’. This happens when the psyche melts down and reconstitutes itself in the name of healing; you shed the old version of yourself which no longer serves you and create a new, more stable identity.

Roper’s Metanoia series is all about his own experience of this psychological process. He worked on the paintings while going through a depressive episode – and the artwork that emerged reflects the personal transformation that was central to his recovery. 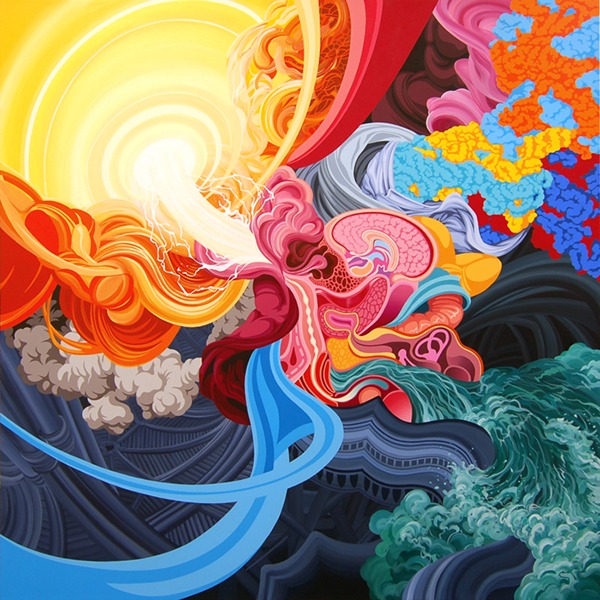 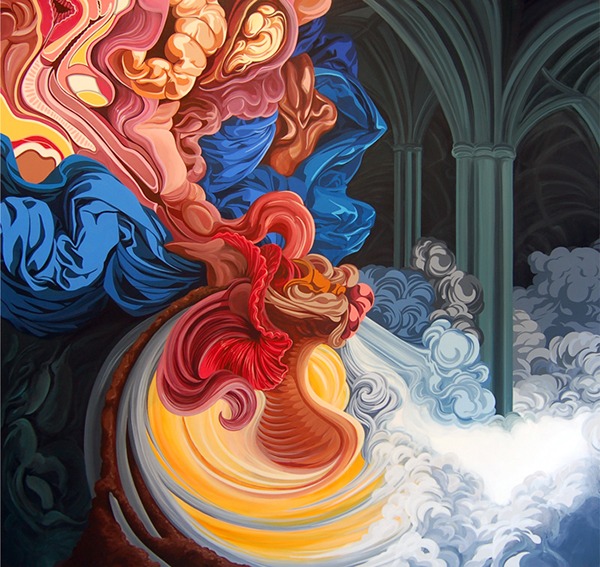 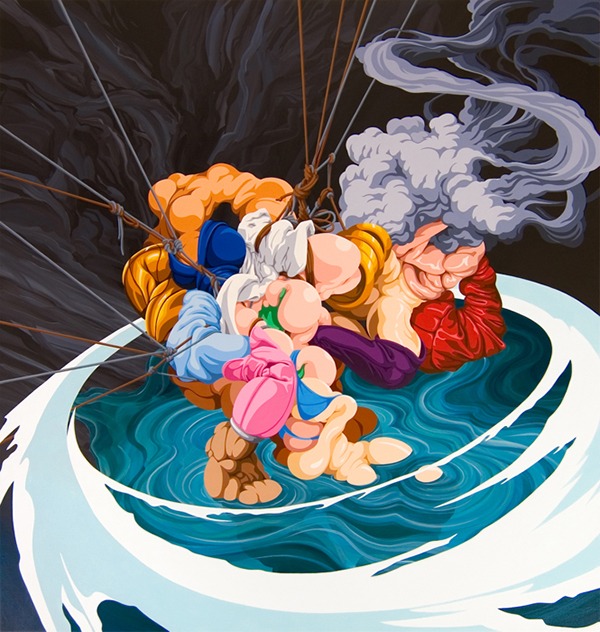 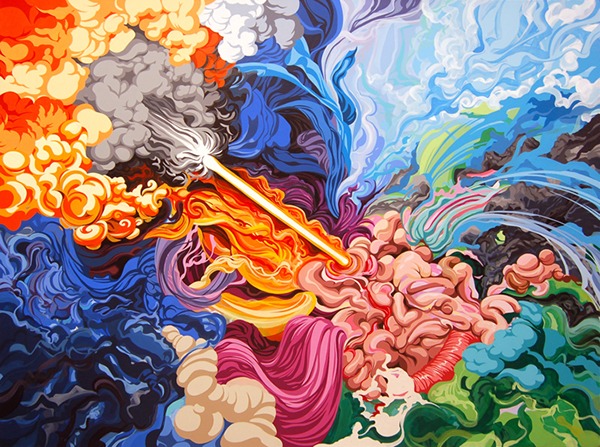 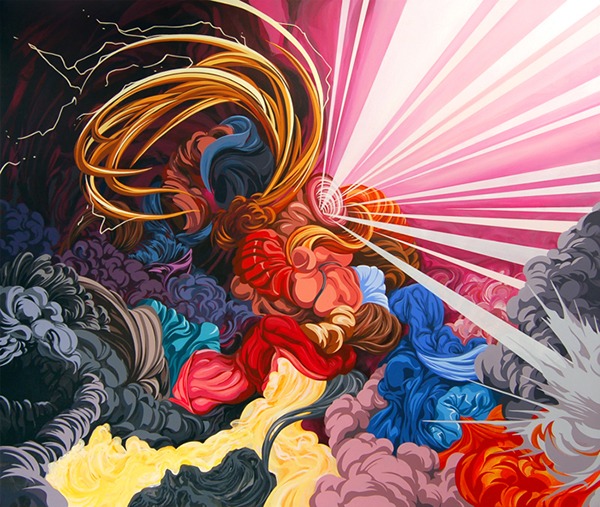 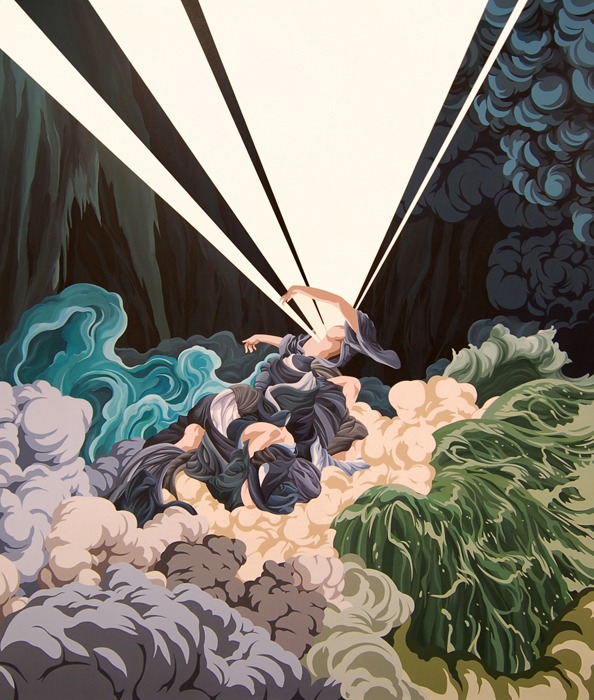 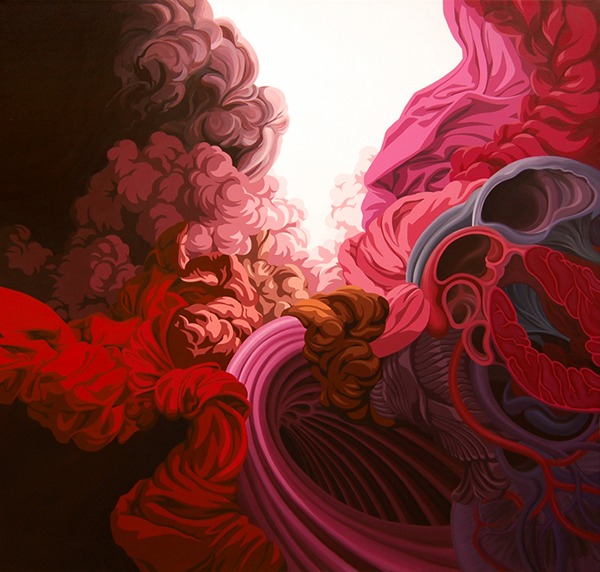 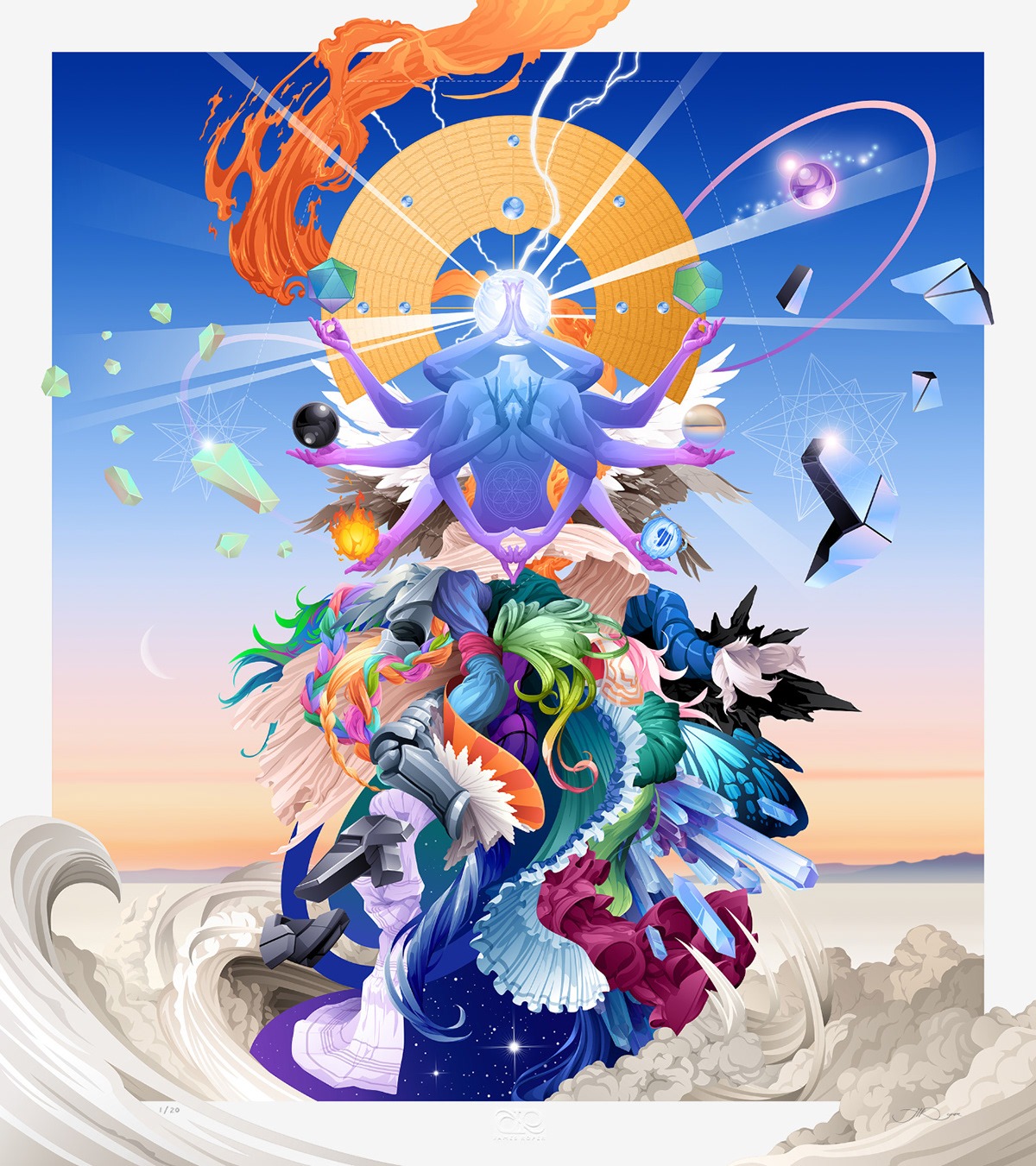 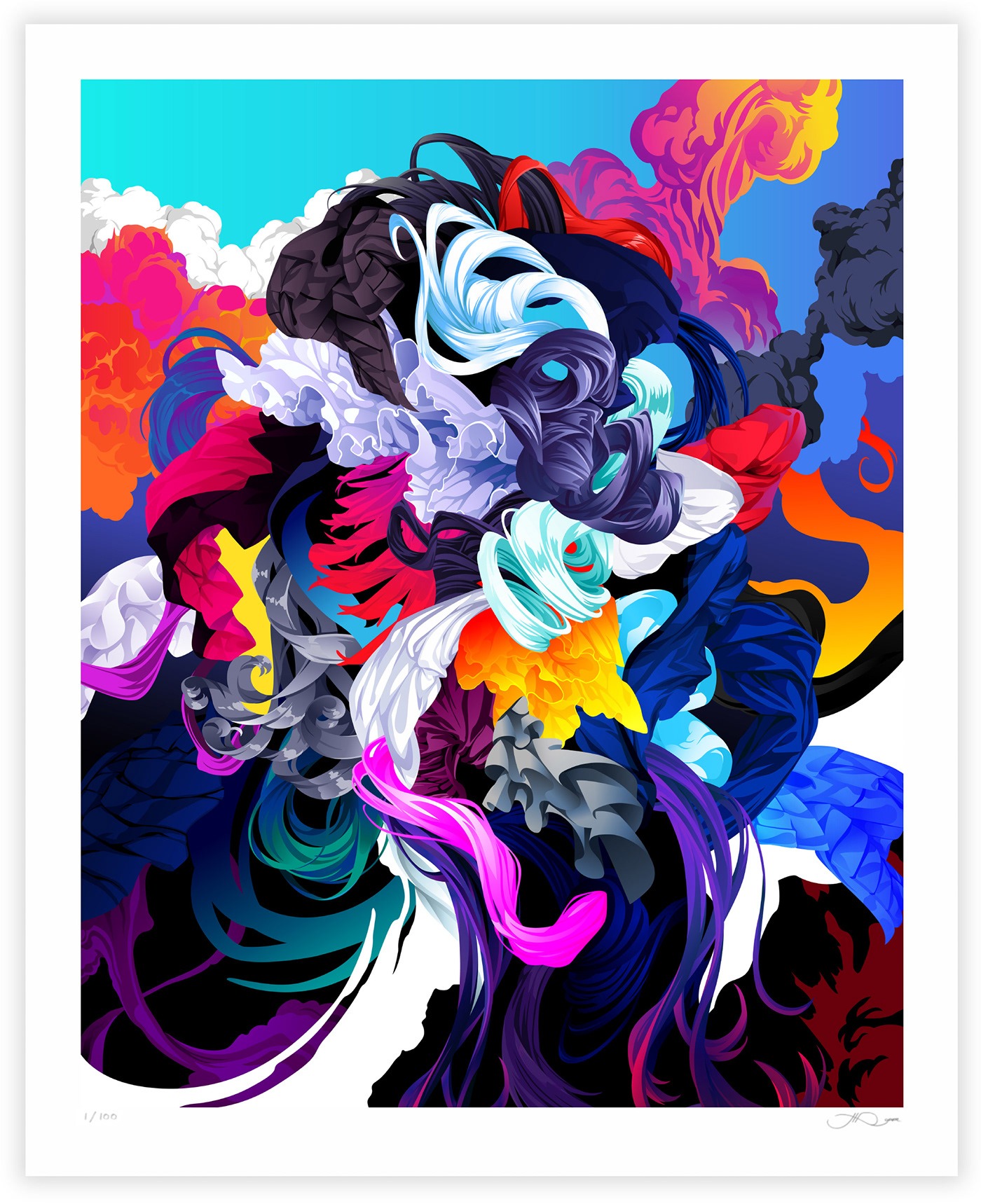 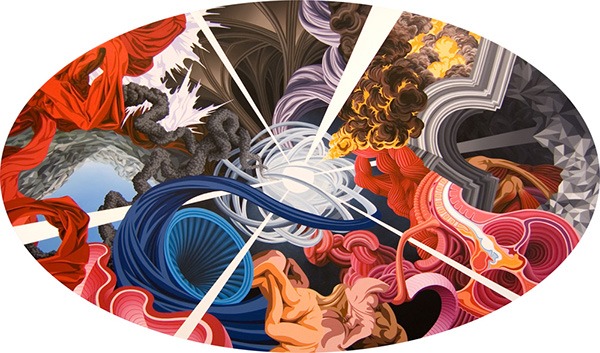 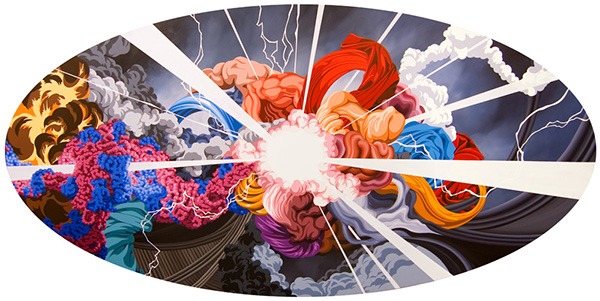 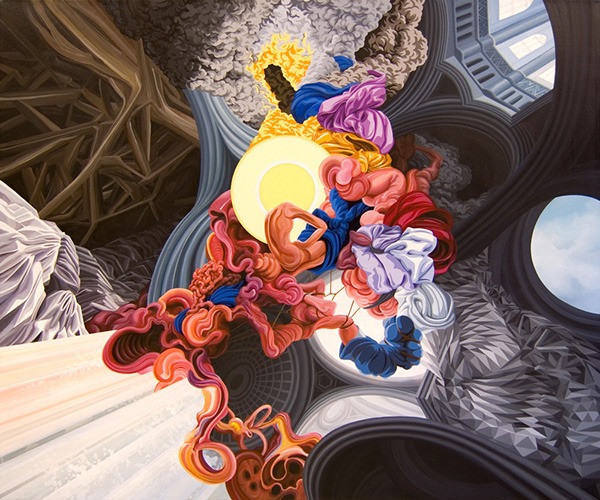 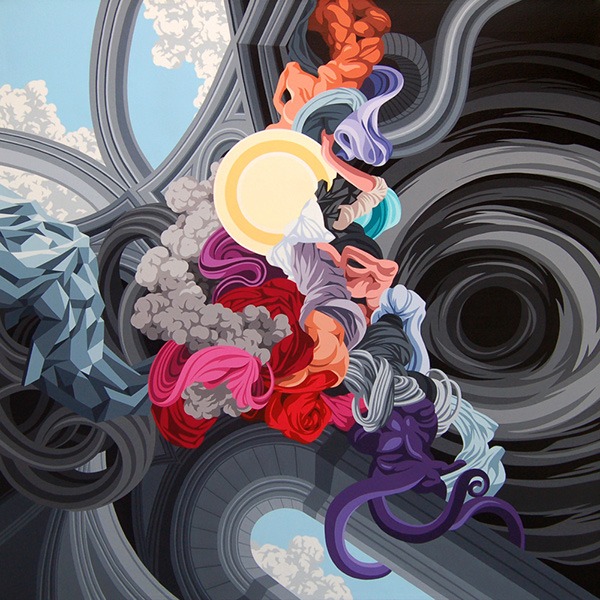 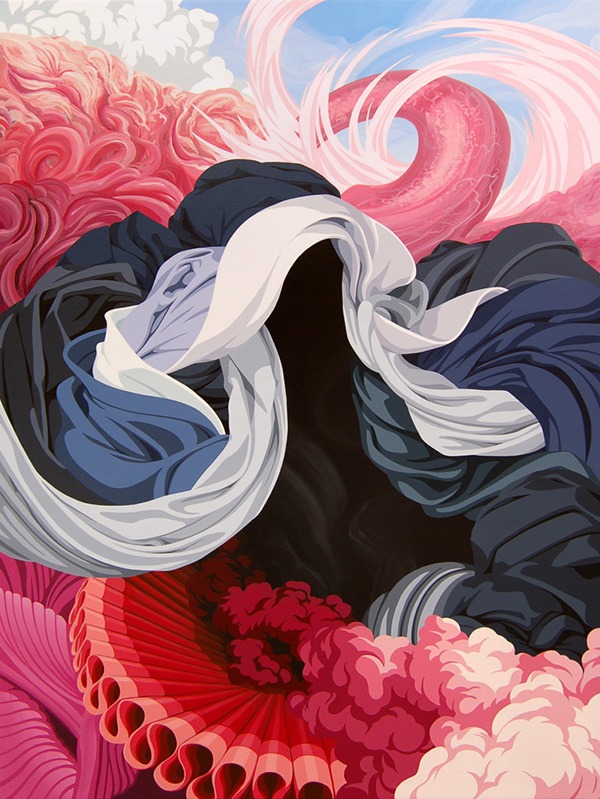 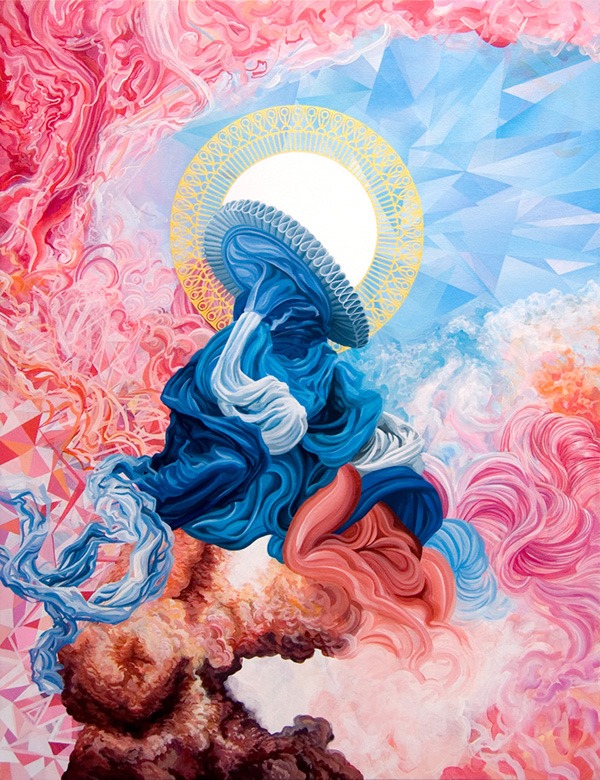 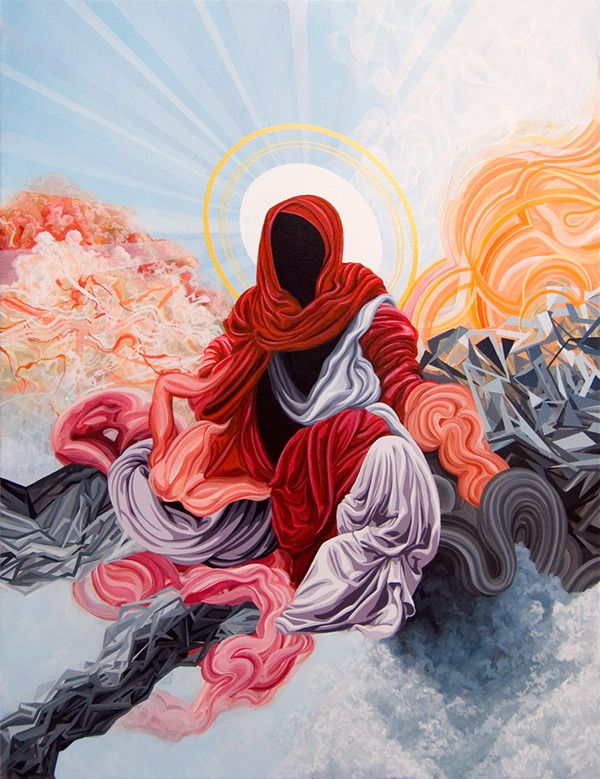 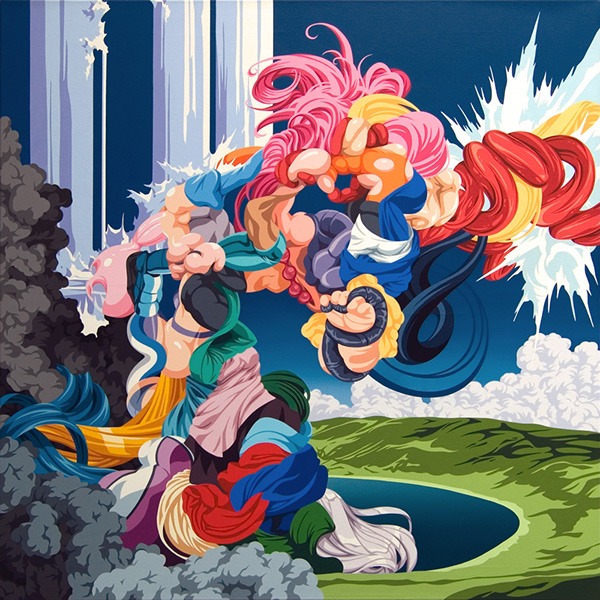 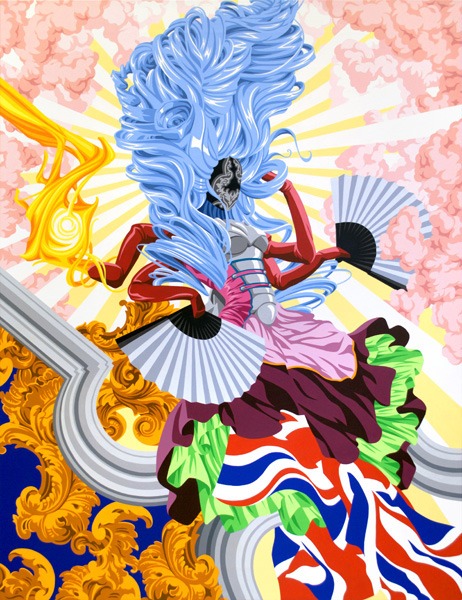 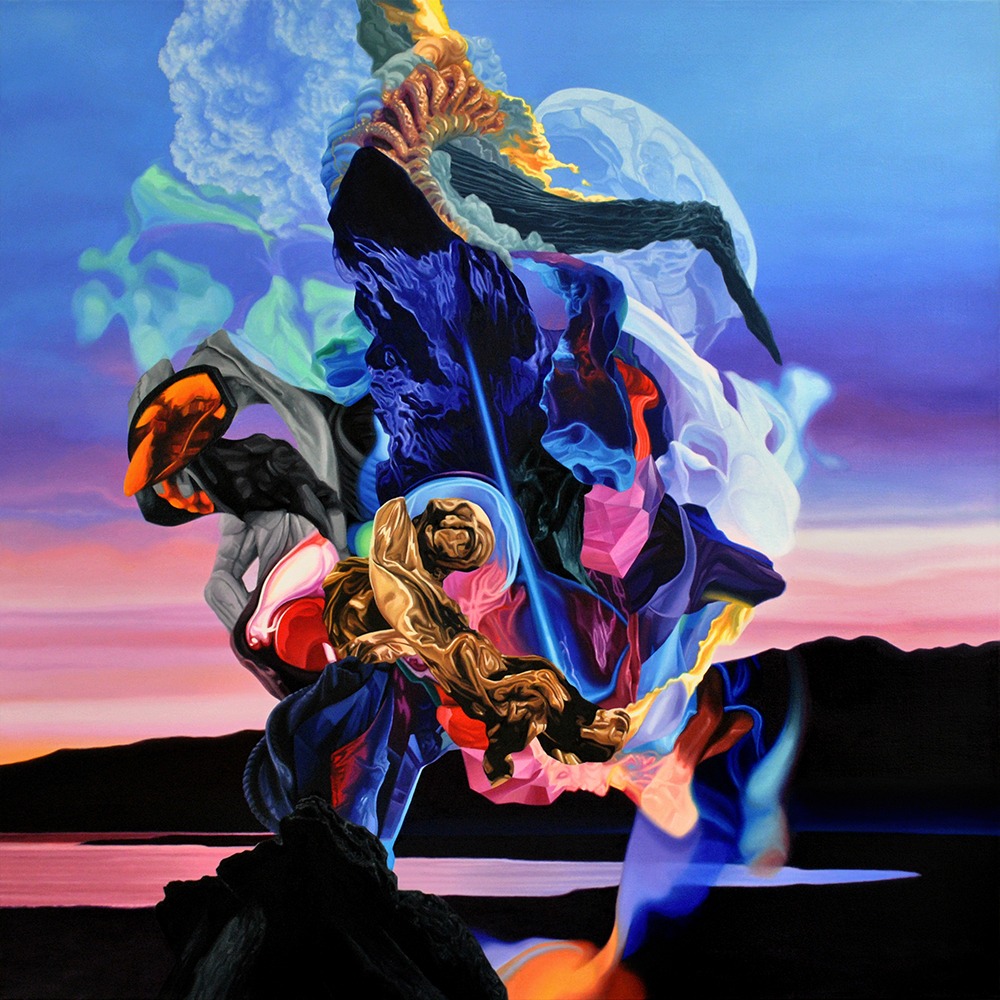 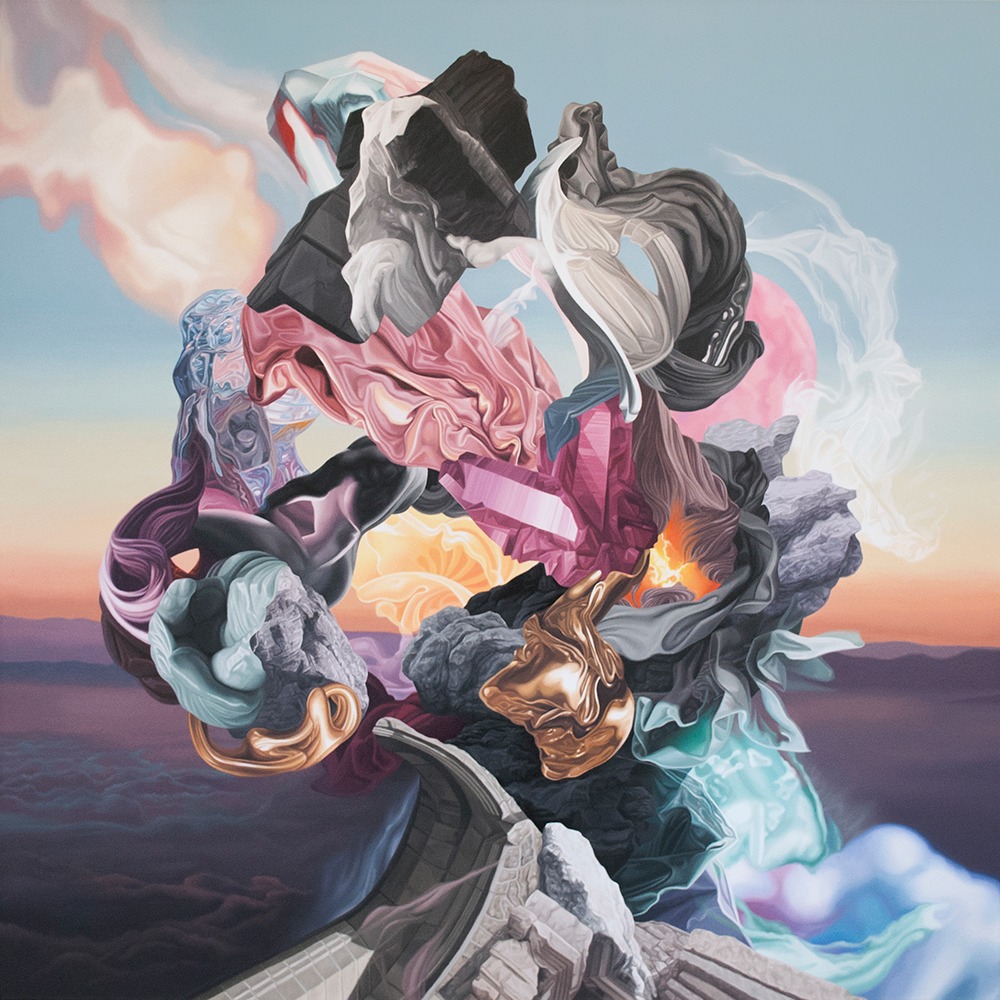 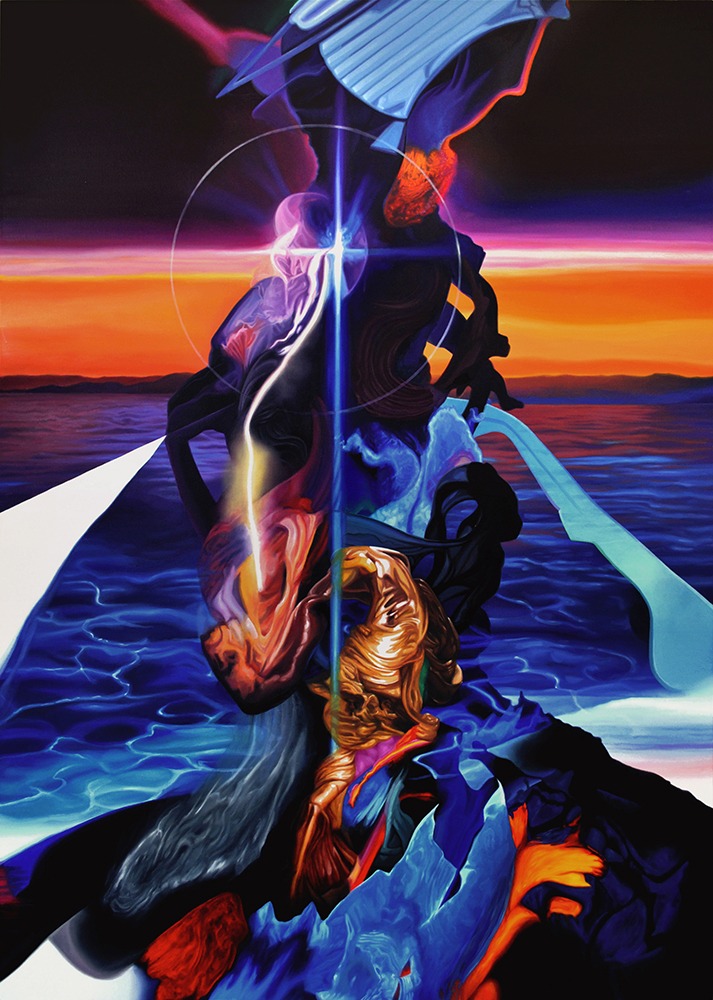 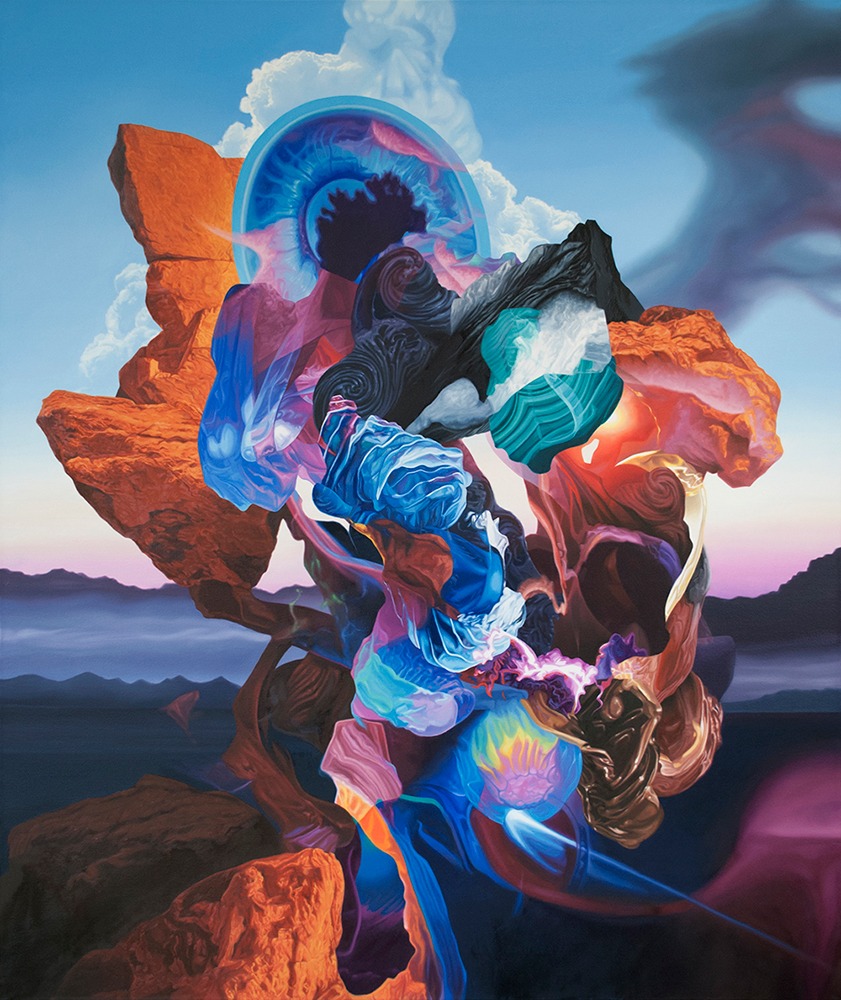 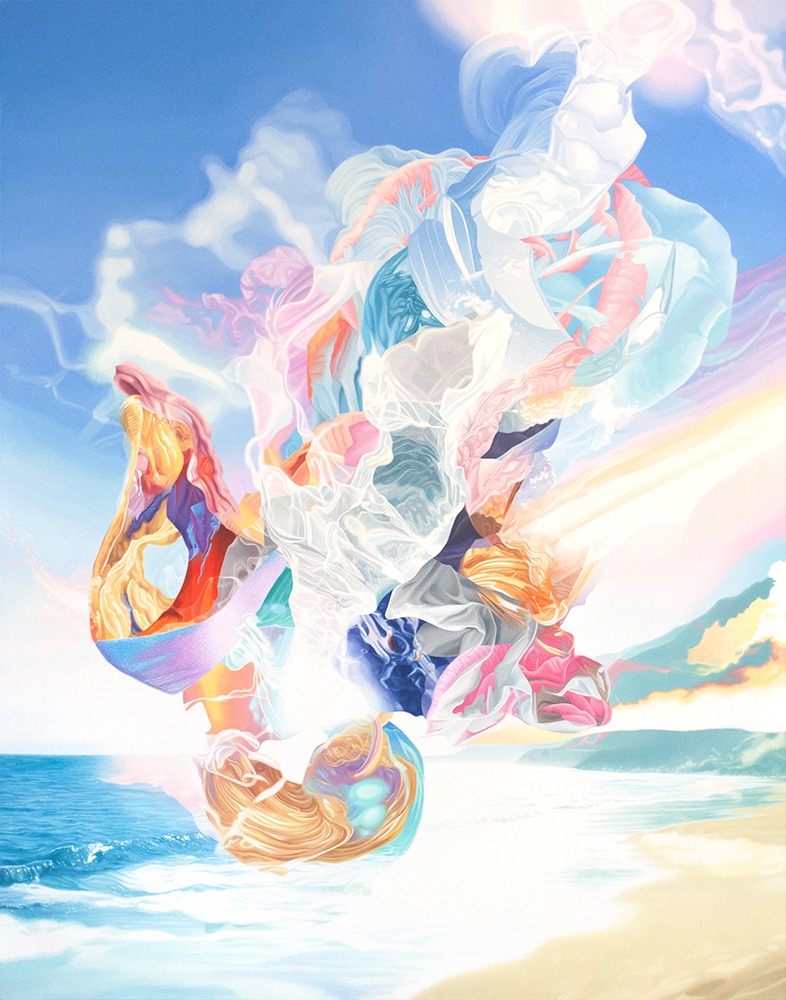