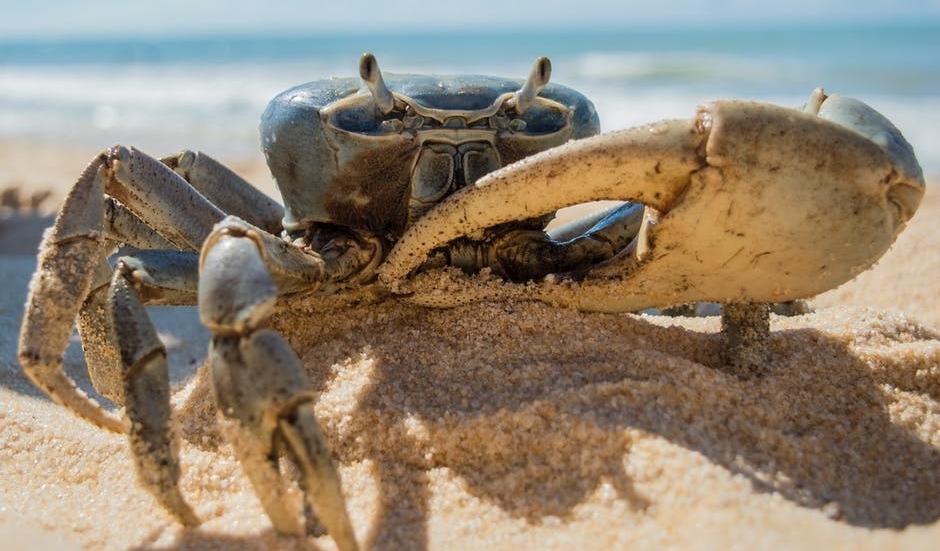 When you put a bunch of live crabs in a bucket, you can witness quite an interesting phenomenon. Some of these crabs can easily escape – but as they attempt to climb out of the bucket, other crabs pull them back down. At first glance, this can seem like cruel and senseless behaviour: rather than let any crab survive or work together to escape, the crabs opt for a collective demise. However, crabs may act in this way just because they’re pulling on anything that will help them get closer to the top of the bucket, including other crabs. Whatever the reason, the way in which crabs behave in a bucket has become an analogy for the selfish and jealous mindset of many people. This is known as the ‘crab mentality’.

What is the Crab Mentality?

On the United Kingdom subreddit, a question was posed: “Least favourite thing about living in the UK?” And one user replied with, “crab bucket mentality”. Crabs in a bucket is a metaphor for how people in a group will try to pull down those individuals down who are progressing beyond the group or improving themselves in some way. We do this through downplaying, criticism, discouragement, harsh words, and unkind actions. The crab back mentality is encapsulated by the phrase, “If I can’t have it, neither can you.” We are playing a curious game of ‘king of the hill’, where we think, speak, and act in ways that try to stop others from being able to look down at us all high and mighty.

The crab mentality can manifest when people are dissatisfied with their situation but are struggling to get out of that place due to a variety of factors: personal circumstances, denial of the situation, excuse-making, fear, anxiety, a lack of discipline, a lack of motivation, energy or hope, and a general proclivity towards negative habits of thoughts and behaviours. Instead of speaking honestly about one’s own issues, people try to reduce the self-confidence of others who are making progress.

As a case in point, let’s say you’re wholeheartedly set on pursuing a path in academia, yet you know that you can’t really afford the cost of a masters degree. So you also apply for a scholarship program. Unfortunately, you don’t get accepted. Then you hear the news that someone got into a top university and you know full well they won’t have to worry about financing their studies because they come from a wealthy family who will support them. It becomes difficult to sincerely appreciate the person’s achievement or the elation they must be feeling. Instead, there are just bitter thoughts and resentful feelings.

I’m as guilty of this kind of mentality as much as anyone else (perhaps this has something to do with an aspect of British culture, as that answer on Reddit suggests). Reflecting on how I react to other people’s success, I hate to admit it, but I don’t always feel happy for them. In fact (and this makes me feel even more ashamed), part of me hoped they would fail (or will fail later on) so that at least there is the comfort – obviously immature and misplaced in nature – of a shared experience of falling behind or stagnation. Too often, words of congratulations and delight don’t seem to match how I actually feel inside. This is a common experience, though, where social etiquette represses the crab mentality. However, it’s easy to see this mentality expressed behind closed doors, in social situations where judging and gossiping take the forefront.

There have been times when someone else received praise for a personal achievement, entered a new relationship, got a new job or had a unique or profound experience, and I don’t immediately respond with genuine and well-meaning gladness. Sometimes, my knee-jerk reaction is bitterness. Worst of all, I have reacted in this way to the joy and success of friends, which obviously makes me feel like a horrible person. How could a friend have such an unfriendly attitude? This crab mentality doesn’t manifest as much as it used to – and I’m trying to indulge it less – but it definitely still rears its ugly head when I feel particularly down and stuck.

Why Does the Crab Mentality Exist?

Why do many of us instinctively wish for the downfall of others, including our closest friends? Does the crab mentality reflect the intrinsic selfishness of human nature or is it an unpleasant mindset that is engendered by the kind of culture we find ourselves in? Whatever the answer, the crab mentality is certainly borne from a variety of sources, including jealousy, shame, spite, insecurity, low self-esteem, self-criticism, and competitive feelings.

There is nothing healthy behind this way of relating to others. A communal dismal downfall benefits no one. Downplaying or criticising another person’s success or happiness doesn’t really lift you up, despite it supporting the illusion of it doing so. The crab mentality just feeds into your existing paradigm of unworthiness and insecurity.

Even if this mentality actually did produce more positive feelings for the person doing the pulling down, it’s not really a viable strategy for long-term well-being. There is always going to be someone who is wealthier, smarter, wiser, and luckier than you. If you constantly engage in comparisons and let other people’s success diminish you, then a stable sense of self-worth will be hard to establish.

The crab mentality thrives on the assumption that if someone else becomes successful or happy, this should somehow suck the joy out of your life. Our peers become competitors rather than people to unite and collaborate with. A broader and more empathetic perspective, one that removes the costume of the ego for a while, sees that any increase of progress and joy in the world is positive. It means there is a conscious entity, just like you, having the kind of experience you want to have. So in a very real sense, you are having it. When you give up the separateness that comes from being a crab in an unpleasant situation, you can genuinely celebrate others’ progress.

It’s all a matter of perspective. You can paint somebody’s success in a negative light by pointing to some fault or flaw in their achievement. You might say they don’t deserve it, complain that it’s unfair, play the victim, and judge this person for all the advantages they’ve enjoyed in life. On the other hand, if you can really empathise with their success and happiness, without judgement, then you will be able to feel an energising sliver of the joy that they feel. You will also be more likely to view this person as a source of inspiration, motivation, and hope, and then make progress yourself.