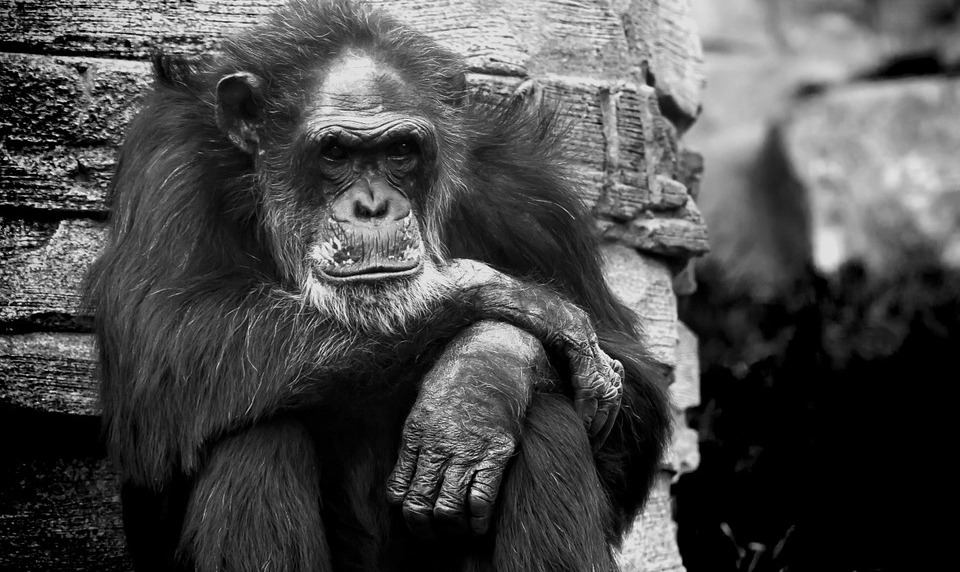 Speciesism is discrimination on the grounds of species – or mistreating another creature because they belong to a different species than you. If a person claimed she had a right over a cow’s life just because she belonged to the species homo sapiens, then this would be an example of speciesism. The claim that a dog deserves compassion but a cow doesn’t is also speciesist. Racism, on the other hand, is discrimination on the grounds of race. For example, in the 18th century it was racist for slave owners in the US and UK to regard African-Caribbeans as sub-human, or of a lower kind.

Based on their definitions, we can see both speciesism and racism involve discrimination, but both on different grounds. However, the aim of this article is to establish how similar, if at all, these kinds of discrimination are to each other. The Australian ethicist Peter Singer thinks speciesism is very much like racism and views it as a prominent and unsolved problem in this day and age. It is necessary, then, to analyse the arguments Singer and others make for the equality of non-human animals and to see how far speciesism is like racism. The wider social implications that come with such a conclusion will also be considered.

It may seem absurd at first to treat discrimination against other creatures as pressing as discrimination against ethnic minorities. However, Singer is not saying that non-human animals are to have the same rights as ethnic minorities; rather, because animals are different to humans, they, therefore, deserve different rights. This is a fair point – it would be nonsensical to give animals a right to work, vote and marry. These are human capabilities and mean nothing to animals. A potential issue with Singer’s argument, however, is that he assumes this thing called a ‘right’ can be equally given to humans as it can to animals. This is not the case – rights are something that are created by humans and then given to everyone who can accept them. Non-human animals, on the other hand, cannot accept rights because they are irrational and cannot conceive what a right means.

Singer has replied to such a criticism though and said that if we should discriminate against non-human animals because we think they are irrational, then we have the same justification to discriminate against “humans with severe and irreparable brain damage, and also of infant humans.” Singer’s point is sound – no one is justified in hunting a fox and then treating their infant child with love and affection. This is not saying that we should also have a right to hunt babies, but that we should care about the interests of non-human animals as much as we care about the interests of humans. Singer also pre-empts another counter-argument, namely, “the demand for equality among human beings is based on the actual equality of the different races and sexes.”

Race is a superficial and arbitrary difference amongst human beings and it has no bearing on the abilities of human beings – saying that an African-Caribbean is inferior to a white European is simply ignorant. Lower forms of animals, by contrast, have less intelligence to humans and, therefore, cannot be viewed as equal to us in that regard. By this line of reasoning, speciesism is not like racism. Singer rebuts this, however, and underscores that a society that mistreats humans based on their low IQ would be a very immoral society and not one we desire. This very valid rebuttal means that speciesism could still be put on par with racism.

All these arguments against Singer are based on ideas of superior and inferior capabilities between humans and animals, but as Singer highlights, the idea of equality “…is a moral ideal, not a simple assertion of fact.” It is a moral ideal based on how we want to treat others and because Singer is a utilitarian he thinks we should treat every living creature as equal to an ethnic minority if that creature has a capacity to suffer.

Furthermore, just because non-human animals cannot enjoy higher pleasures like humans, this does not justify discrimination against them. We would not put all lower-pleasure-enjoying humans in battery farms and exterminate them for our own ends, so we should not do the same to animals. The Apartheid in South Africa was immoral because of the suffering it caused to black communities; likewise, animal testing is immoral because of the suffering it causes to untold numbers of sentient creatures. While this may be true, it does not guarantee the similarity between speciesism and racism. It may be speciesist of me to stamp on a daffodil because it is of a different species, but it is not an immoral act because that daffodil has no capacity to suffer. The same cannot be said of racism; any discrimination against an ethnic minority is wrong because all humans have a desire to be treated with dignity, and not to suffer.

Some philosophers have argued discrimination against members of different species is perfectly moral and in this respect is nothing like the injustices caused by racism. In his essay, Duties to Animals and Spirits Immanuel Kant argues that because animals are not self-conscious, they are there for us as a “means to an end.” Whilst Kant concedes that cruelty to animals can foster a cruel attitude to humanity, he believes that we have “no direct duties” to animals like we do to people.

Tom Regan disagrees with this view, expounding his position in the essay The Case for Animals Rights. He posits that animals do deserve a moral status – they have inherent value. Regan says that we cannot rely on contracts as the source of rights for individuals. The argument can be made that since animals cannot understand contracts they, therefore, have no rights and the only animals people will care about are those who are sentimentally attached to them (pets, members of an endangered species etc.) Regan points out that a ‘contractarianist’ approach to ethics could allow the most heinous injustices such as “systematic racial and sexual discrimination.” In this sense, speciesism is very much like racism in that it is based on one group discriminating against another group.

In contrast to this viewpoint, the French philosopher Rene Descartes believed that “we can’t prove that there is any thought in animals” because only humans have souls and it is the soul which contains our consciousness. Based on this belief, Descartes condoned the practice of vivisection because according to him animals could not feel pain but were mere machines. We now know that this is not the case though; it is clear the animals feel pain since they have nervous systems just like humans. In addition, animals do possess consciousness – this is easily seen in higher primates like chimpanzees who build tools, have the ability to communicate with each other, and live in social groups.

Nonetheless, these established facts do not necessarily mean that speciesism is like racism. Lori Gruen has noticed that “species-based discrimination has become synonymous with bigotry”, yet maintains that it should not be. Mary Midgley demonstrates this when she says that “to know the species” of an animal “is absolutely essential” in deciding how to treat it since animals are so varied. You do not need to find out what race someone belongs to, on the other hand, in order to know how to treat them. As Gruen puts it, “the difference between an African and a cheetah is not the same as the difference between an African and an Eskimo.”

In conclusion, it seems that speciesism has very similar aspects to racism, but they should not be put on an equal footing with each other. Singer is right in campaigning for an animal liberation since so many animals suffer in battery farms and in experiments conducted on them. The consumption and exploitation of non-human animals cause unnecessary suffering that can easily be avoided, but it is a habit and way of life that is difficult to leave behind. Just like the civil rights movement, however, the public needs to be persuaded that speciesism is a social norm we should get rid of, just as racism is a social norm that needs to be eliminated.