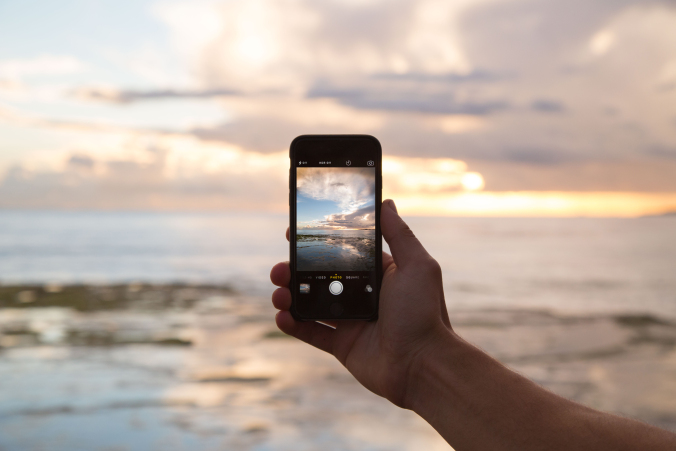 You can’t capture every exciting scene you see. Surely there must be some balance to strike between being fully attuned to new and interesting surroundings and capturing it to share with others and to look back on in the future nostalgic reminiscing.

We often find ourselves with an inexorable urge to reach for the camera in every situation that seems ‘photogenic’ or ‘worth capturing’. There’s the initial wow reaction, followed instinctively by the ‘I have to solidify this moment’ reaction. I have sometimes thought that without a photo an experience is somehow less worthwhile. But does thinking about taking photos, and spending time taking photos, not prevent you from fully appreciating and being completely immersed in a moment? On the other hand, having a photo allows you to more concretely go back to a place in a way that your memory may fail to do so.

Part of the camera-reaching urge is also influenced by an excited anticipation of social media approval. Facebook is not just a networking site, but also a platform where we promote ourselves as a ‘brand’, with the marketing aim of self-validation. In a social media-frenzied society, is an experience less worthwhile if you can’t share it?

I think the answer depends on how you define ‘worthwhile’. You can decide for yourself whether a photo and Facebook likes add meaning and worth to the experience. But if you believe it does, this may actually detract from the experience itself, especially if attention and prioritisation of value are placed on the photo and its approval, instead of how it actually felt to be in that moment, which neither a photo nor approval can properly signify.

Being mindful of this ‘must capture’ urge is important. Getting carried away by it and spending more time taking photos than actually looking will leave you with fewer memories (which contain what was felt) and more images (which are devoid of that same emotional charge).

Remembering the Feeling of a Place

Sometimes you can be utterly transfixed at a unique event or a beautiful vista. There may be a tension between wanting to fully experience a precious moment and wanting to capture it to look back on. This conflict is captured in the film The Secret Life of Walter Mitty, where Walter (Ben Stiller) finally finds photographer Sean O’Connell (Sean Penn) who he has been on a whirlwind adventure searching for. O’Connell sees the snow leopard he has been waiting to capture in a remote Himalayan region of Pakistan. His camera is ready and the dialogue goes as follows:

Walter Mitty: “When are you going to take it?”

Sean O’Connell: “Sometimes I don’t. If I like a moment, for me, personally, I don’t like to have the distraction of the camera. I just want to stay in it.”

Walter Mitty: “Stay in it?”

Attention is a limited resource: if you’re thinking about the experience (i.e. I should get my phone out and record this), then less attention is directed towards exactly where the action is. And this impacts the memory of the experience.

No photo or video can encapsulate the feeling of being in a particular place at a certain time in your life. There is a risk that if you spend too much time taking photos and recording where you are and what is happening, that you won’t even recall these unique emotional and mental states, which seem far more valuable than the image making people jealous on Instagram.

Research shows that taking too many photos can affect your memory. Psychologist Maryanne Garry says “the problem is that people are giving away being in the moment.” Another study found that taking photos leads to an impairment of memory since subjects in the study remember fewer concrete details of the experience in question. “As soon as you hit ‘click’ on that camera, it’s as if you’ve outsourced your memory,” said Linda Henkel, a psychologist and author of the study. The camera is doing the job of forming the memory, instead of your brain. However, Henkel’s research also discovered that paying proper attention when taking a photograph can improve memory retention.

Henkel stresses that in order to remember, we should access and interact with photos – to reminisce – instead of having them stored away in a disorganised mess never to be looked at.

I’ve personally found that taking one’s time with both photos and being present in a place is the best way to remember details of that experience. Of course, it’s easy to feel rushed and distracted. But if you remember to slow down and really look at the whole scene and notice all of the details – whether you’re taking a photo or not – then you’re likely to remember more of the experience. So, by all means, take 100 photos of the same scene, but don’t forget to spend some time appreciating what’s actually in front of you.