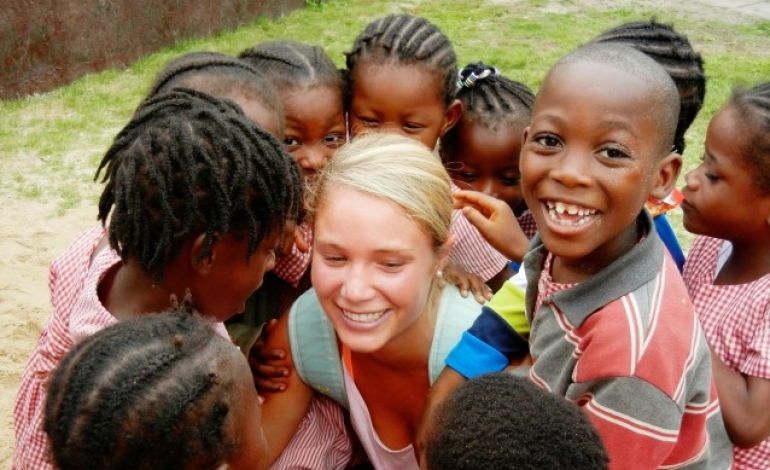 There has long been controversy about ‘voluntourism’: an industry that caters to (mostly) Westerners and places them on volunteering programmes in developing countries. The industry offers those on a gap year the promise of making a difference to the deprived lives of others. On the surface, if a volunteer is flying to the other side of the world to dedicate their time and effort to a cause, this seems like a noble way to spend one’s free time; more so than getting drunk on a beach in Thailand.

However, Ossob Mohamud, in writing for The Guardian, argues that there are more effective ways to combat poverty than by using the developing world as a playground. Instagram’s ‘White Savior Barbie’ satirised Western volunteers who get involved in short-term projects in Africa; teaching when they have no teaching training and essentially enjoying the travel experience while not actually doing anything to help. There is also an element of voyeurism involved, where orphanages are seen through a particular lens, and turn almost into human zoos.

Nigerian-American author Teju Cole controversially called this Western impulse to satisfy one’s sentimental needs as the White Savior Industrial Complex. Although, since there are rising middle classes all around the world, it’s worth bearing in mind that treating villages as photo-ops is not just a Western phenomenon.

The problem isn’t just that this $173bn industry fails to do what it claims to do, and is driven by greed, narcissism, self-satisfaction and the assuagement of Western guilt. Perhaps a more pertinent issue is whether voluntourism causes more harm than good, as Mohamud maintains. After all, if you come to a developing country with no skills, but carry out work (i.e. building houses) that otherwise local, skilled people could do, then you’re simultaneously doing ineffective work and reducing work opportunities in the local community. Pippa Biddle recounts her experience of volunteering in Tanzania:

Turns out that we…were so bad at the most basic construction work that each night the men had to take down the structurally unsound bricks we had laid and rebuild the structure… It would have been more cost effective, stimulative of the local economy, and efficient for the orphanage to take our money and hire locals to do the work.

As another indication of the harm that voluntourism does, ‘AIDS orphan tourism’ has encouraged orphanages to purposefully keep children (who have lost their parents to the AIDS virus) in poor conditions in order to attract more volunteers.

This is not to level any judgement against voluntourists. Well-meaning intentions are to be congratulated and encouraged. And no-one should be put off the prospect of travel and new experiences because of entrenched issues in the industry. But it’s important for would-be volunteers to take note of how much of their trip is based on naivety, ego-inflation and ‘spiritual fulfilment’. It the money paid for the programme a form of selfless action, or is it for one’s own benefit? If selfless action was really the motivating factor, would donating the money to effective charities not be the better option? Of course, you don’t get to travel or pose with African kids and tell the world about it if you do so.

Not all international volunteering projects do more harm than good. Sallie Grayson, programme director at People and Places, says the problem is not with the concept of voluntourism, but the agencies involved, who are driven by profit and cater to the needs of the volunteer rather than the charitable cause in question. Grayson believes that volunteers should be placed on projects that meet their skillsets if they are to play an effective role in alleviating suffering or improving the lives of others. Organisations such as Learning Service also aim to combat wasteful and harmful volunteering.

The writer Natalie Jesionka has provided a checklist for every volunteer to consult before they sign up to a project, to ensure that their impact will, overall, be positive.

The Benefits of Tourism

Whilst tourism itself is not automatically associated with doing good, the argument can be made that, in many instances and contexts, being a tourist does more good than being a voluntourist.

When Nepal was hit by a devastating earthquake in April 2015, tourism to the country (understandably) dropped. Some Westerners rushed to volunteer. However, unskilled volunteers weren’t really needed. The unsolicited and unplanned surge of well-intentioned Westerners ended up impeding humanitarian aid efforts.

Funding was needed to reputable relief organisations. But what was also needed was sustained tourism, which is essential to the country’s economy.

Tourism accounts for 7.5% of Nepal’s GDP and 2.9% of jobs. This is not to say that tourists should have flooded the country soon after the earthquake, as this would have slowed down the arrival of emergency supplies, immediate aid and skilled workers into the country. Nevertheless, the massive drop in tourism seen in the year following the earthquake was devastating in its own right, making it difficult for the country to recover.

If you ever want to assuage your Western guilt about the privilege of being able to travel to a developing country and then having the luxury of coming back home – even though this privilege deserves gratitude rather than guilt – rest assured that the money you spend abroad can make substantial differences to the livelihoods of locals.

Tourism can massively benefit local communities, but it is also an industry as rife with problems as voluntourism. As the documentary Gringo Trails (2013) highlights, tourism also perpetuates animal and human rights abuses, as well as ecological damage. Thus, it is vital to be as informed and responsible in one’s travels as possible, so that both you and the country you’re visiting can benefit.