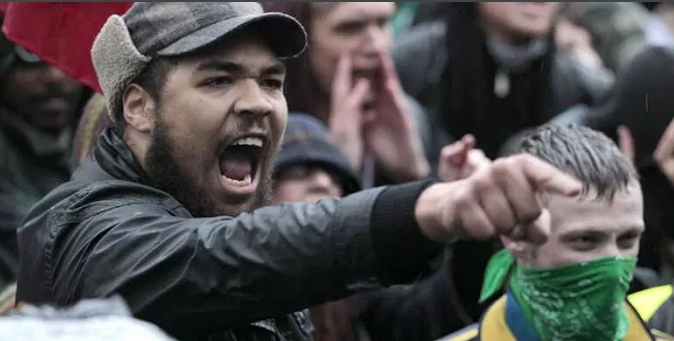 When confronted with the fact that people, or groups of people, act in ways that are palpably selfish or callous, the intuitive, knee-jerk reaction is moral outrage. Moral outrage is distinct from anger. We feel angry when we or our loved ones have been mistreated. But we feel moral outrage when others – in particular, strangers – have been harmed in some way. On the surface, moral outrage seems to be based on altruism – the selfless concern for others. But if we dig a little deeper, it turns out that moral outrage is often self-serving. Moreover, while it may feel that we’re on the side of right by reacting with moral dismay at the harmful actions of others, this reaction may actually be quite counterproductive.

Recent research challenges the notion that indignation at injustice is based on a disinterested allegiance to justice. Instead, psychologist Zachary Rothschild says that moral outrage often comes from a place of self-interest. Moral outrage isn’t so much about “fighting on behalf of the victimized”, but as a method for alleviating one’s guilt. Rothschild highlights that:

feelings of moral outrage, long thought to be grounded solely in concerns with maintaining justice, may sometimes reflect efforts to maintain a moral identity.

These results remained the case when factors such as differences in political ideology and background feelings about the issues were accounted for.

In short, the authors found that the purpose of moral outrage is to assuage feelings about personal or collective immorality.

This doesn’t mean that shock and disbelief never come from a genuine and heartfelt place. After all, Rothschild underscores that not all moral outrage is self-serving and only for show (which is often called virtue signalling). Nonetheless, the research does suggest that the urge to express such outrage is not as disinterested as commonly assumed.

Moral outrage can also be counterproductive in the pursuit of reducing separateness between people. Ram Dass wrote about how getting people politically involved by intensifying moral outrage only creates more polarisation. Moral outrage tends towards ‘othering’: the viewing of outsiders (which can include ideological outsiders) as ‘not part of the group’, to be shunned and myopically reduced as racists, xenophobes, sexists etc. There are evolutionary reasons for this persistent ‘us vs. them’ mentality; namely, as a way to cope with competition from an outside group.

Moreover, as I explored in a previous post, the anger we feel towards the actions of others may reflect the uncomfortable fact that – as limited and fallible beings – we are all capable of doing what disturbs us. If you were born in ‘their’ shoes, would you not also end up behaving in that manner you deem so morally repugnant?

Ram Dass argues that righteous indignation only creates more divisiveness. This, in turn, can generate more disharmony and suffering. We can see this in the violent clashes that erupted in Berkeley, California, between Trump supporters and ‘anti-fascist’ protesters.

In his book, Compassion in Action: Setting Out on the Path of Service (1992), Ram Dass describes attending an anti-nuclear protest at Rocky Flats Nuclear Weapons Plant in Colorado. He recounts listening to the words of a caring, but also angered, antinuclear activist:

I felt sad that we were still polarizing the world into the good guys and the bad guys, the getting our adrenaline rush from feelings of righteous indignation.

In the many times since Rocky Flats that I have spoken at peace rallies or participated in demonstrations, I have remembered Mohandas Gandhi and Martin Luther King Jr., who opposed injustice, irrationality, and lack of caring with firmness and confrontation. Yet they did so with open hearts, with a compassion that embraced all us poor, misguided mortals, friend and foe alike.

Keeping moral outrage at bay does not mean weakening one’s allegiance to justice; nor does it indicate a degree of coldness or indifference to the full gravity of the suffering and moral danger in question. In the words of Ram Dass, it means:

quietly seeing together how things are, leaving to each person the responsibility for subsequent individual actions.

You can show up at a demonstration out of a sense of moral duty, full of anger towards ‘them’, or you can do the same, but without all of that antagonism. If one’s opposition to the injustice is based on a sincere appraisal of the situation and the aim of alleviating suffering without creating more separateness, then the latter is the way forward.